When I first took LL to the dentist, she was a little over 3.5 years old.  For Cooper, I wanted to try and take him a little closer to 3 in hopes that he wouldn't be as nervous and would do fine with the experience.  LL's dental visits have been pretty up and down.  Some have gone smoothly, and some have been a disaster.  Cooper has such a different personality than LL, and I honestly had no idea how he would do.  LL also requires a lot of prep before big things happen.  She likes to talk about it a lot, likes to know exactly what is going to happen, etc.  With Cooper (and I don't know if this is because of his personality or just because he is the second kid), I tend to just give him minimal warning about things, and he seems to do better with this approach.

I scheduled his first appointment during my Fall Break so that I would be able to take him.  At LL's last appointment (in May), I took Cooper with us so that he could see what everything was like, and have a little background knowledge of what this was all about.  She did fine and he did fine the whole visit.  For his first trip, I really didn't even mention anything about it until about 3 days before.  Even then, I just said we were going so that they could check his teeth.  I started asking him to let me count his teeth and he would open wide and let me stick my fingers all in.

For his first appointment, I took LL, too.  I thought having her there would help him feel more comfortable.  He also thrives on having "cheerleaders" supporting him, so I know if she was telling him that he was doing great that he would do even better.


Ready to go inside!  He looks so big to me in this picture! 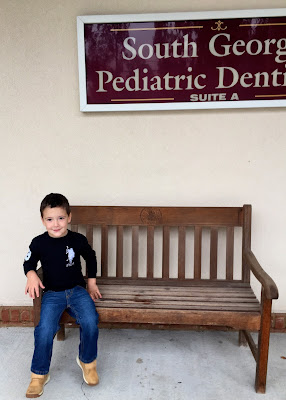 He loved playing with the toys while we waited for his turn. 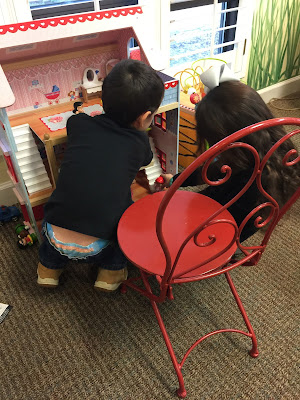 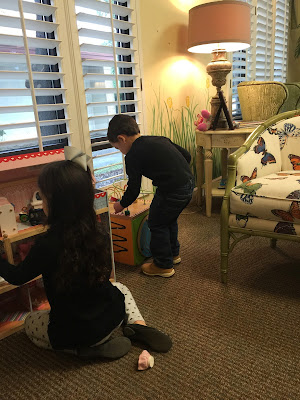 Once we got back, I was shocked at how compliant he was.  He sat in the chair by himself, wore the headphones and watched TV (which LL refuses to do), and did everything they hygienist asked him to!  He didn't care about anything! 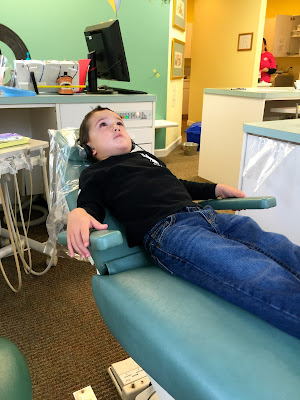 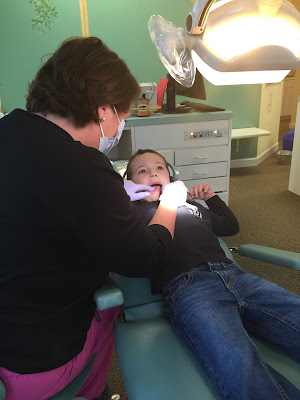 My sweet helper and a great cheerleader for her brother! 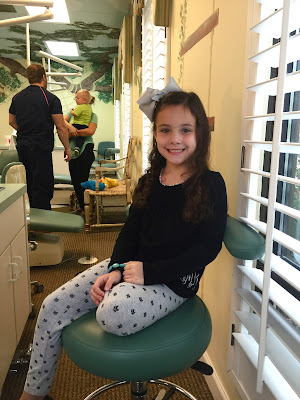 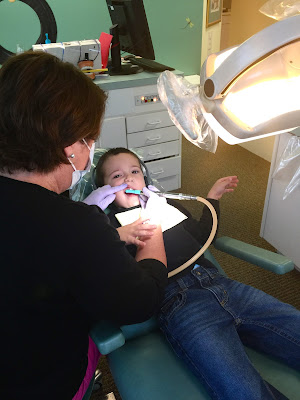 He even did fantastic with his x-rays!  After everything, both kids got to pick from the treasure box! 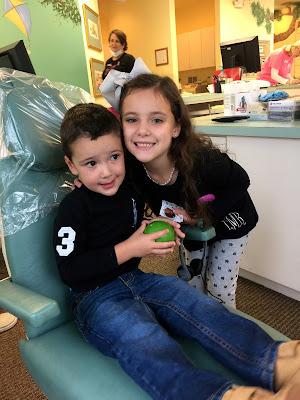 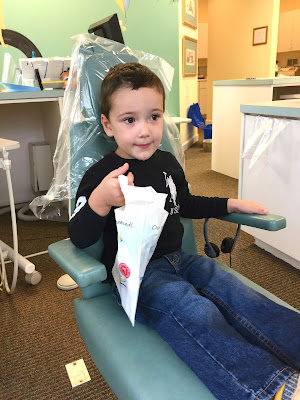 I am just so impressed with South Georgia Pediatric Dentistry and can't recommend them enough.  About a week after his visit, he got a super sweet card in the mail saying that he was a perfect patient!  They even sent two more stickers for him and two more for LL.  I am so proud of my big boy!