Every year in the summer, our local movie theatre does kids movies for only $1 twice a week.  The movies are at 10:00 am, and even the popcorn and drinks are pretty cheap.  I've taken LL several times before in summers past, but Cooper has never been.  Now that he's 3, I thought it would be a good chance to let him give it a try!

We went three times this summer.  The first time, we met up with Meghan and Luke to see Peabody and Sherman.


Cooper wasn't quite sure yet what was going on! 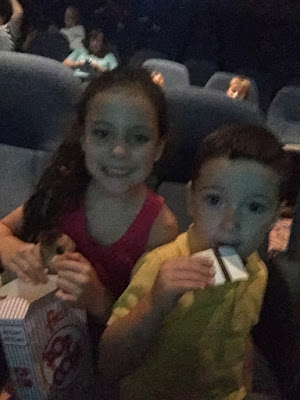 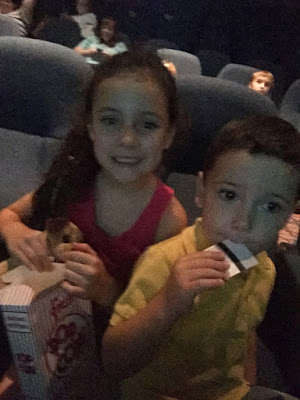 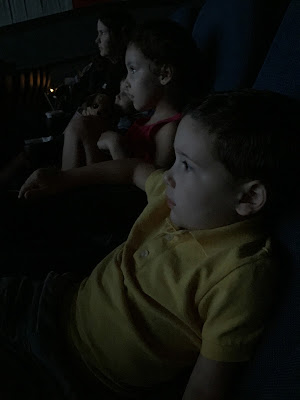 Cooper did so good!  He got up quite a bit, but that's to be expected at 3 years old.  That's the great thing about the summer movies, they're full of kids, so nothing really stands out! 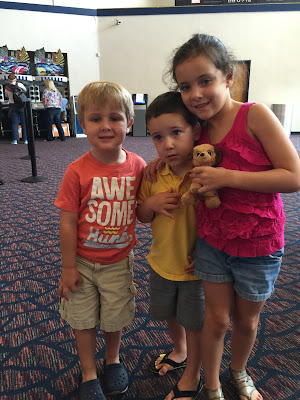 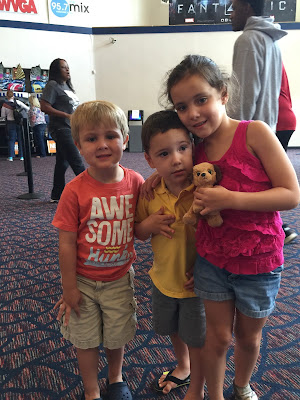 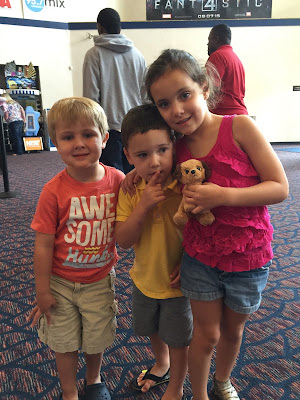 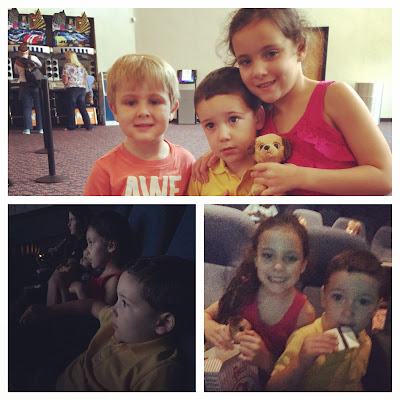 The second time we went, we went with Grammy to see Penguins of Madagascar.  I'll be honest, the second time Cooper did not do great.  He was up a lot, pretty loud, and just generally uninterested (hence why I did not take any pictures).

The third time, I decided to let Cooper go to play with grandparents while I took LL.  After the second time, I figured that the newness had worn off and he would be happier running around and getting some one-on-one attention.  The third time we went, we met Meghan, Luke, Emily, Kye, and Britt to see Rio 2.  This is one of LL's favorite movies, so she was very excited! 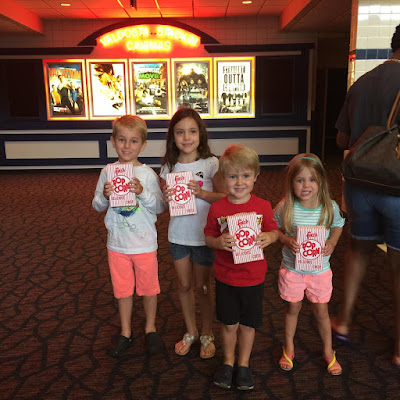 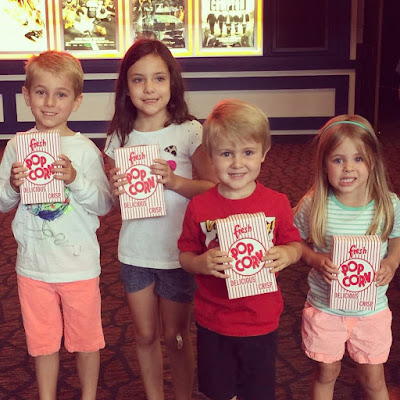 This is such a fun thing to do in the mornings during the summer.  I always love having this as a fun, cheap option!