The week after his birthday, Cooper had his well-baby check at the doctor's office.  We haven't been for a well visit since he turned 2, so I was excited to see how much he had grown in the last year!

Here are the stats from his appointment: 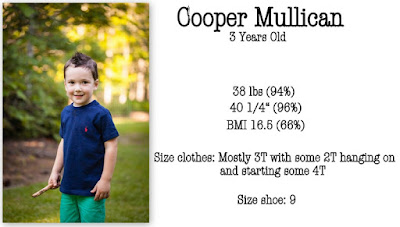 Dude is a beast!  For weight and height, he is seriously almost off of the charts.  But he is healthy.  He's just a big boy!

His appointment was early in the morning, but we still ended up waiting for a good chunk of time.  He played with his Mini-Cooper while we waited.  ;) 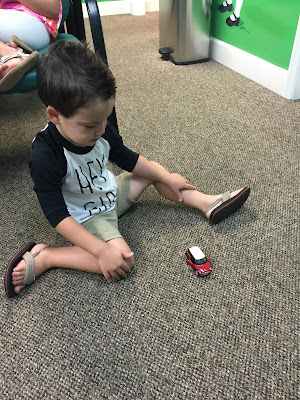 We also took some pictures to help pass the time. 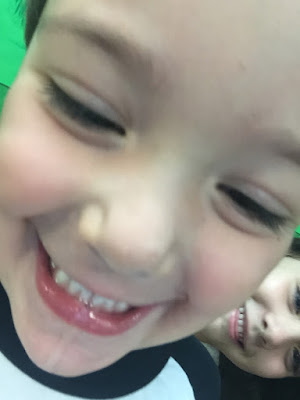 We finally got called back to check his vitals, and he was a pro!  He sat so still while she did his blood pressure (gave his arm a hug) and didn't move at all! 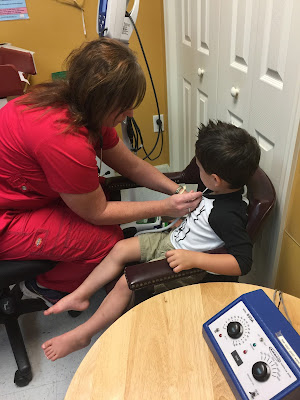 They gave us this paper gown to wear.  ??  This was new - we've never had them do this before.  We did manage to get it on him for a minute... 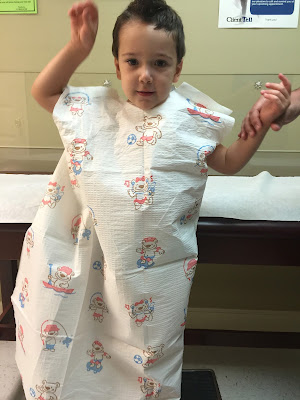 ...but it didn't last long so we just didn't worry about it. 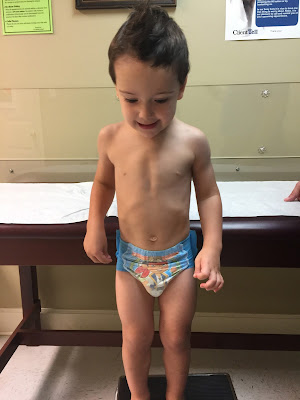 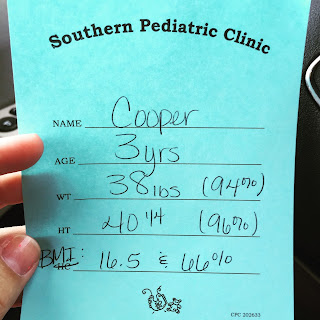 Here are some things we talked about:
-He is a pretty good eater and eats a variety of foods.
-We told her that he's still only about 75% potty trained, and she wasn't concerned about it at all.
-They pricked his finger and it came back fine.

We go back again when he's 4 - and he'll get a pretty good amount of shots.  We are so thankful for such a healthy boy!