For Cooper's 3rd Birthday, I was really set on having a shark party for him this year.  Since his birthday is at the end of June, we will be having a pool party for him until he's old enough to want something different.  Because June + south Georgia = crazy hot.  I had been doing tons of hunting around for shark things, and I knew that I could make it into a super cute party.

Well.  I said something to Cooper about it, and he was not having it.  He wanted a Lightening McQueen and Mater party, and there was no talking him out of it!  I was a little bummed at first, but the more I thought about it, the more that I was so happy that he could tell me what he wanted.  Considering that this time last year, he was only saying about 3 words, I am so thankful and happy with the fact that he is talking in full sentences and paragraphs.  So if it was a Lightening party he wanted, it was a Lightening party he was getting!

Since so much of Lightening is red and black, I was so good to go in the decorations department.  All of Mom's pool stuff is red, and we had tons of red decorations left over from Cooper's Crab Shack (1st Birthday Party).  It was also so easy because even Wal-Mart sells Lightening McQueen birthday supplies.  So this was honestly the easiest and cheapest party we've done!


We used the red Chinese lanterns that we had from Cooper's Crab Shack, and we used the cones we had from last year's construction party.  I found the tire pool floats from Wal-Mart for only $4 each! 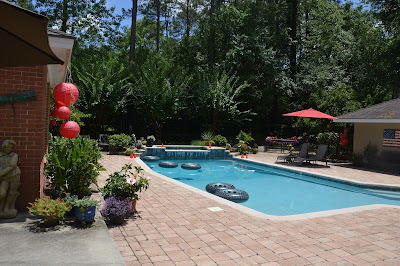 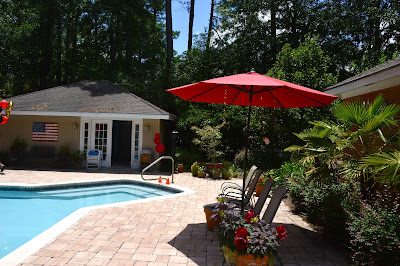 We hung a bunch of Lightening decor from all of the umbrellas that we all around the pool. 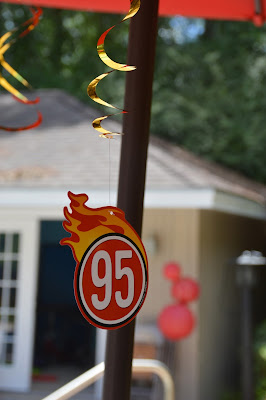 The pool floats really were the best touch and the kids loved playing with them while they swam. 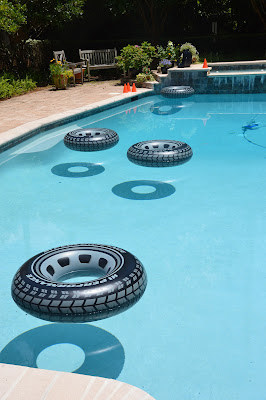 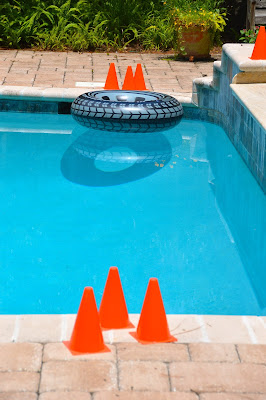 The main place we had the decor was at the food table.  All of the Lightening stuff we bought from Wal-Mart.  The "3" balloon came from Amazing.  All of the actual Lightening McQueen toys were ones that we already had!  It really was so easy! 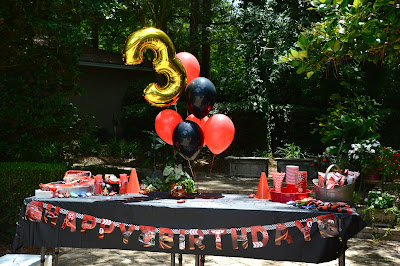 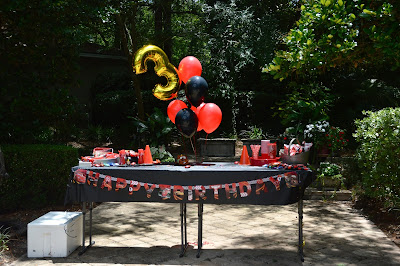 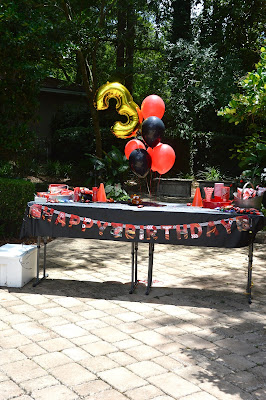 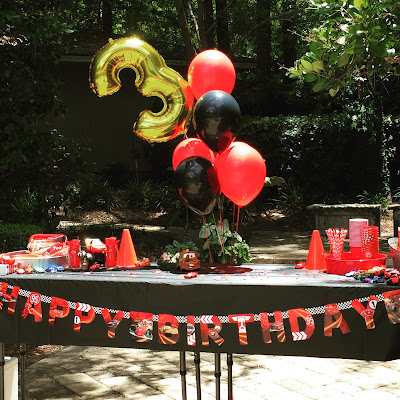 The plate side of the table. 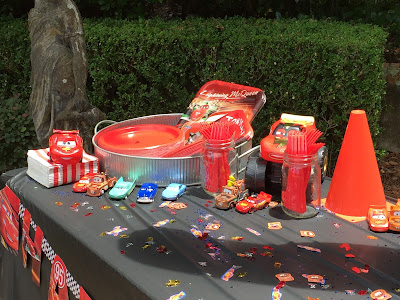 The drink and favor side of the table. 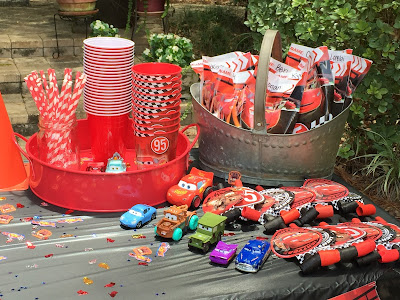 We literally have a million of these toys all around our house.  They were perfect decorations! 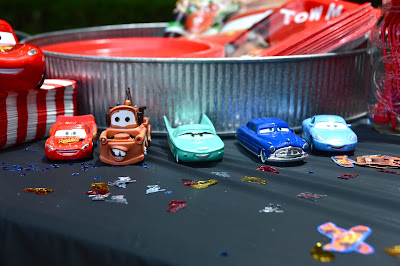 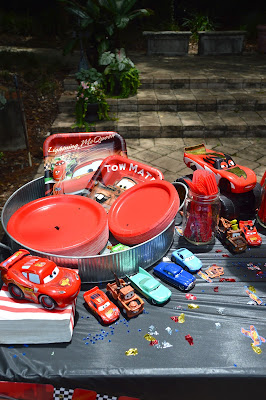 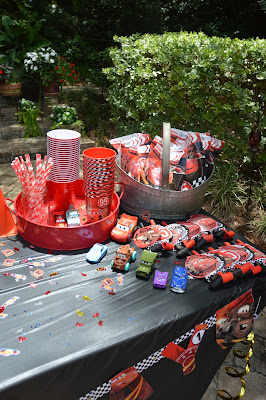 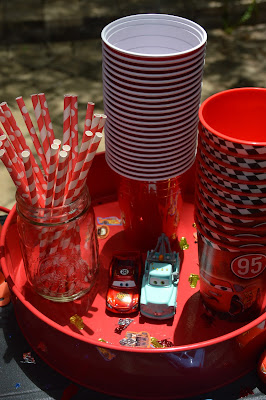 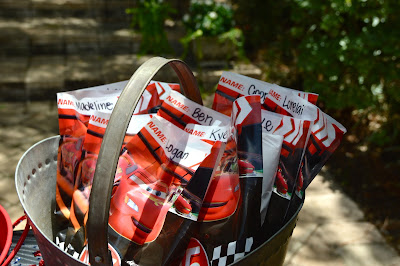 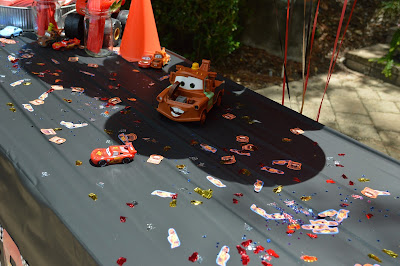 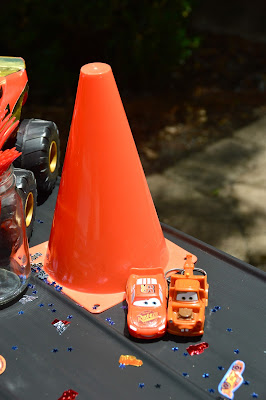 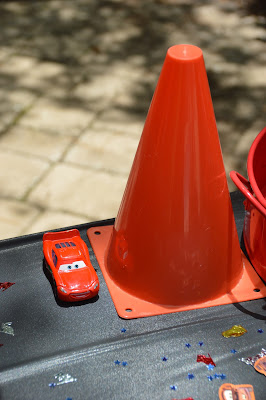 My sister is my birthday party sidekick! She is amazing at helping me pull this kind of stuff off! 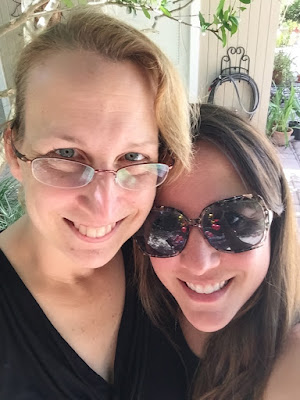 We even went super easy with food this year.  Typically we grill hamburgers and hot dogs and have plenty of sides.  This year?  Pizza!  And I ordered a cake from Publix instead of trying to make my own.  Seriously - I loved how stress-free this party was this year!  You can look back at some of the other parties that I've thrown here: