Every year at the beginning of the summer, Grammy and Pop take LL on a little vacation for a few days.  While she's gone, we try to soak up all of our alone time with Cooper since he's not an only child very often.  We also try to do some special things with him while she's out of town so that he doesn't feel left out.  Last year, we took him on his first trip to Bruster's while she was gone.  This year, we decided to make that one of our activities again.  Just like last year, Ben was in town again during this week, so he came with us again!  We had a fun ice cream date with two handsome boys!


He still qualifies for the free cone, but not for much longer! 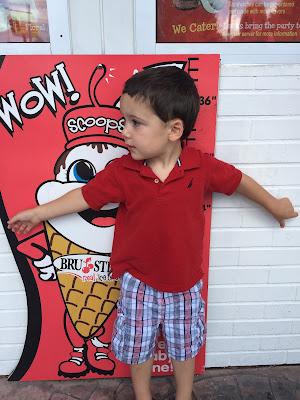 He grew a bunch between last year and this year! 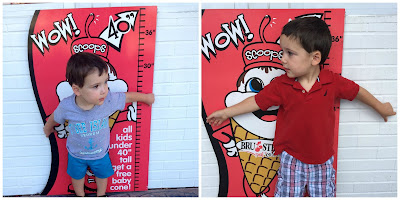 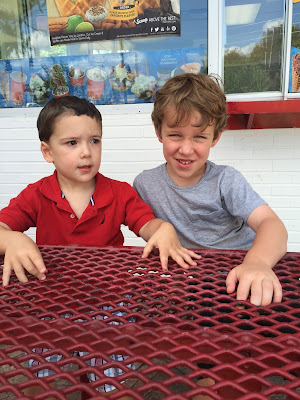 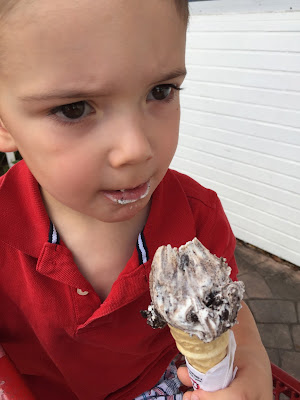 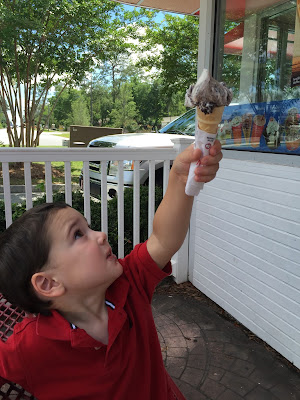 If that's not a face of pure bliss, I don't know what is. 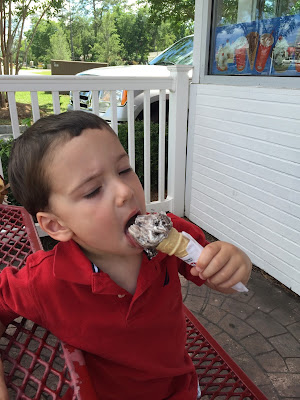 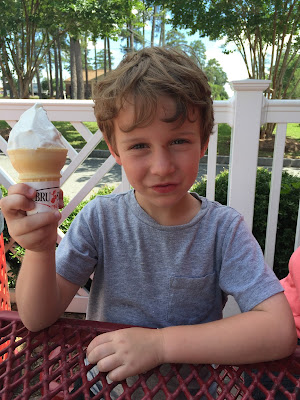 I love these boys! 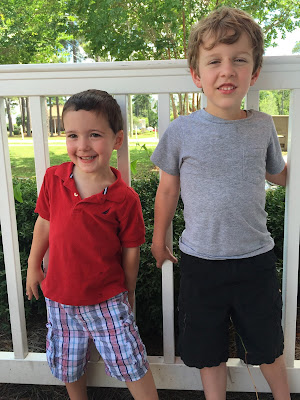 They both have grown a lot in the last year! 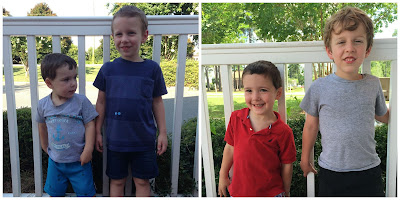 I love sneaking in super quick, fun, cheap things like this in during the summer!