After school got out, I still had a few days of post-planning left.  During those days, they hosted a Little Hornet Cheer Camp at the highschool for young girls.  It's a 1 1/2 day clinic with the highschool cheerleaders where they learn a few cheers.  At first, LL said she didn't want to do it.  Then, she found out her best friend Madeline was going to do it, so she changed her mind.  ;)

She didn't love it the first day.  And she said she didn't want to go back the second day.  But she ended up going back and having fun.  At the end of the second day, they put on a little performance for the parents.

Ready for her performance! 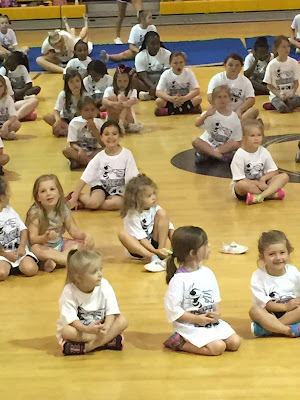 They had all the age groups divided up, and each group learned their own cheer.  The 6 year old group learned "Fire It Up".  I was actually impressed with what LL did!  Here's a video of her age group's cheer. 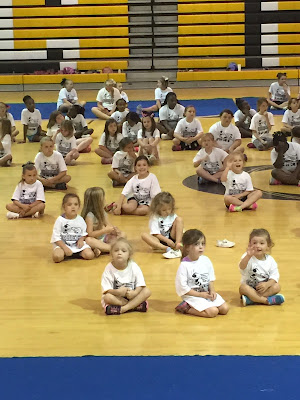 The next cheer they did was with all of the girls.  Here's a video of "Hornets Rock The House". 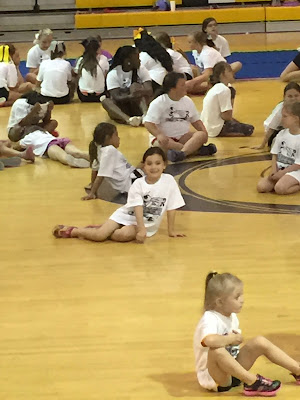 The last thing they did was their group dance to "Shake It Off".  Let me just say - bless her.  Here's a video of the dance. 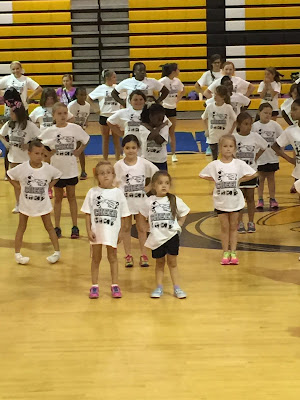 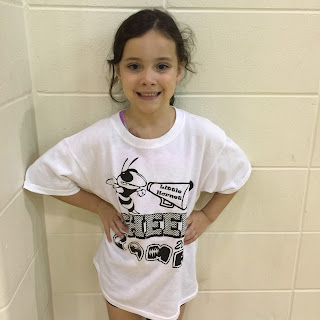 Even though she didn't completely love it (and says she does not want to do it again next year), I'm proud of my girl for finishing her commitment and trying something new!