Going to the Airport

We have been friends with Kayla and Andrew for almost two years now.  Kayla teaches at my school, and they also live very close to us.  We because fast friends because we work across the hall from each other, and Andrew was deployed for about 6 months.  This past December, Andrew came home and will be home (hopefully) for a good chunk of time.  Kayla has been saying this whole time, "I'm glad I'm getting a head start on bonding with your children because once Andrew is here, they'll only want him."  Haha.  And she's kind of right.  Cooper loves Mr. Andrew (and even dressed up like him at Halloween!).  Over Spring Break, Andrew asked us if we would come visit him at work, and he would show the kids around his plane.

Cooper has always been obsessed with vehicles (including airplanes) and always tells us that things are "going to the airport".  Sad/funny story: for Valentine's Day, Grammy and Pop bought Cooper this huge bear balloon (Pop calls Cooper "Bear"), and as we were taking it out the car, Cooper let go of it, and obviously it was gone for good.  Cooper cried his little heart out and kept saying that his balloon was "going to the airport".  As a replacement for his balloon (he was so upset), Grammy and Pop bought him a stuffed bear that is now named "Airport".

When Andrew asked us to come to the base, I told Cooper that we were going to the airport, and he was beside himself he was so excited.  He wore his halloween costume when we went so that he could match Mr. Andrew.


Before going to look around the plane.  Coop was pumped. 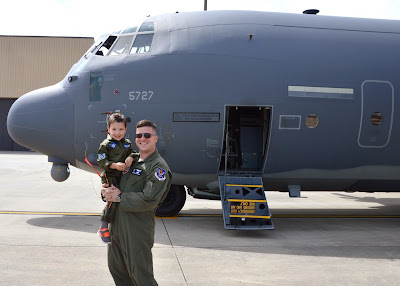 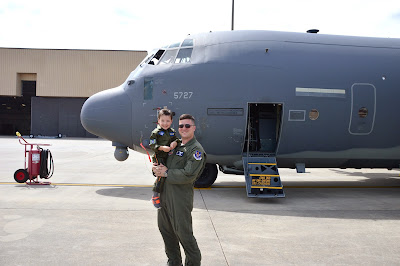 This gang of boys are buds! 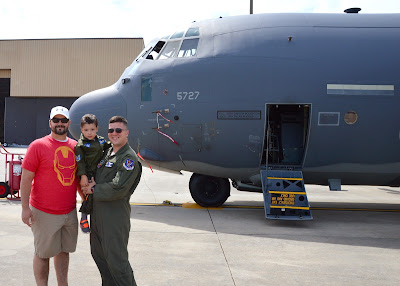 He had absolutely no hesitation to get in and look around! 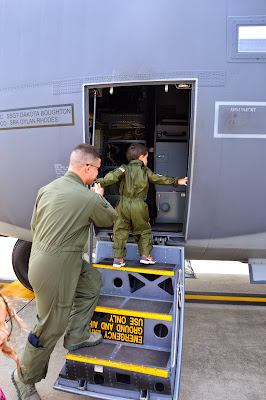 The inside is HUGE! 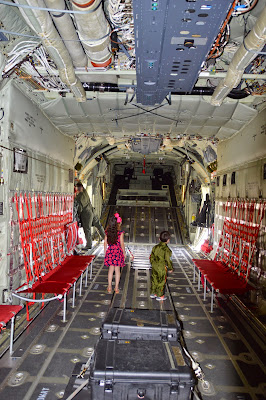 This is Andrew's seat in the plane - right next to the window and the potty (the very right of the picture). 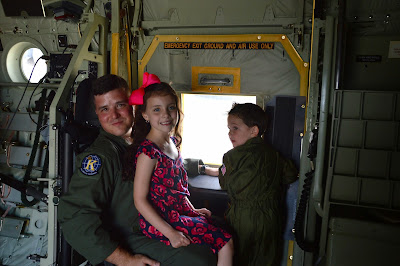 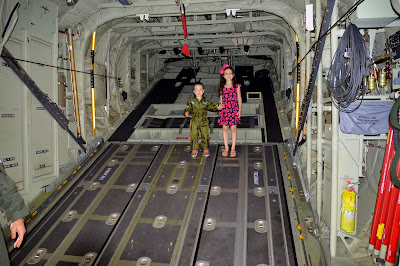 We also got to climb to the tip top and look at the cockpit! 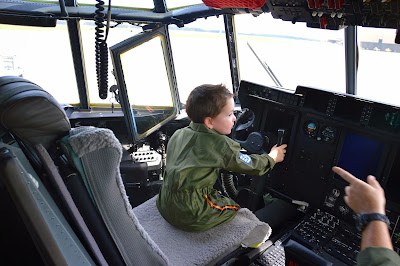 I mean- can you even??  This is one of my all time favorite pictures of him ever. 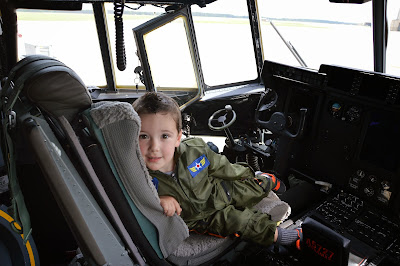 The kids seriously had a blast and loved looking all around! 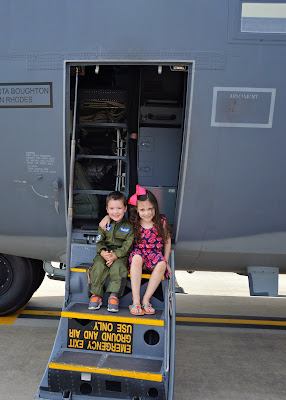 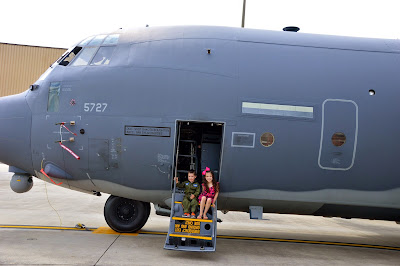 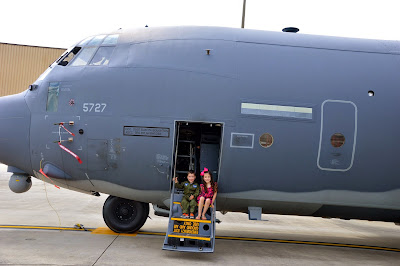 We are so blessed with Kayla and Andrew as friends.  I have never seen people love kids (that aren't related to them) as much as they love my kids.  It is so genuine and so sweet.  We hit the friend jackpot, for sure! 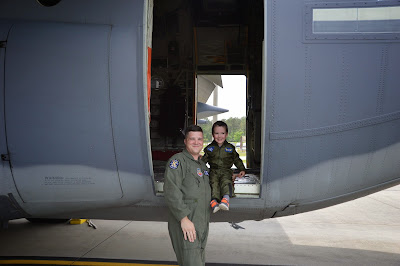 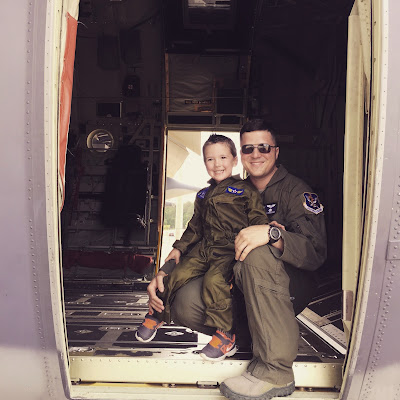 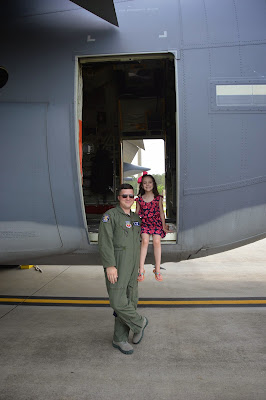 This is the kids standing under the tail of the plane.  This giant door in the back can lower down to load/unload bit important things.  This scale is just amazing.  This plane is a beast! 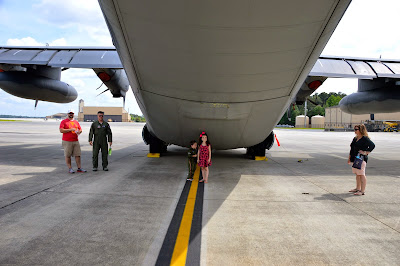 Family picture with Mr. Andrew's plane in the background. 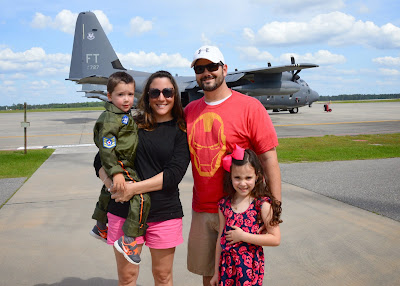 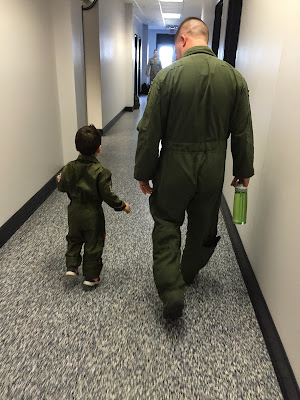 After we left, we went by the static displays that they have on base and let the kids look around.  They liked this part, too! 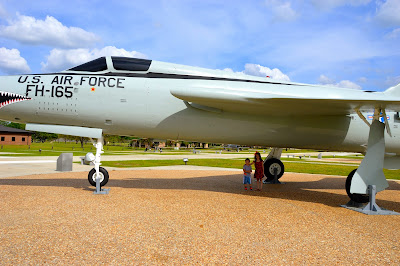 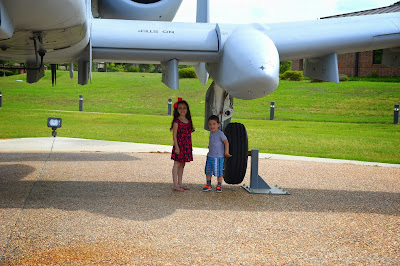 It was such a fun day for all of us!  I know that the kids had a blast, and it gives you such an appreciation for what so many people do to keep us safe ever day.