After we took Cooper's pictures in our front yard, we headed to our church's Easter egg hunt.  They always host it at a local park and they have tons of games, free food, and the egg hunt.  They really try to draw in a lot of people from the community, and not just current church members.

Of course, the first thing the kids wanted to do when we got there was to play in the park area! 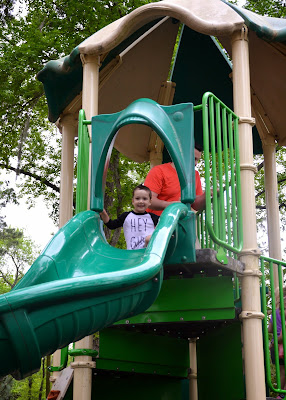 We spent a good bit of time playing before we had to head over for the egg hunts.  They divide the hunts up by age, and Cooper was up first. 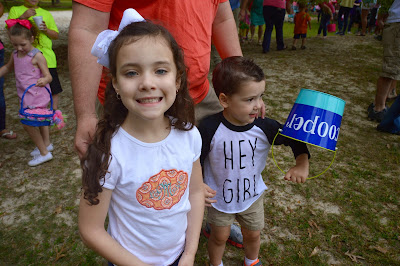 At first, he was not quite sure what to do! 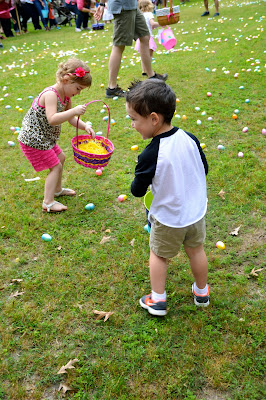 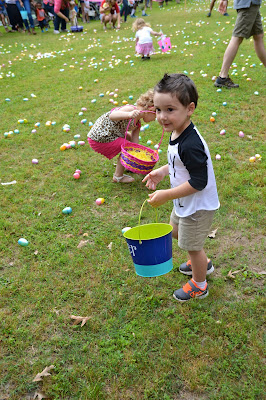 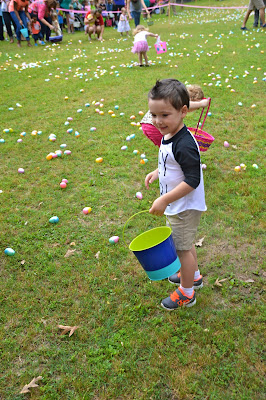 He caught on pretty quickly and did a good job filling up his bucket! 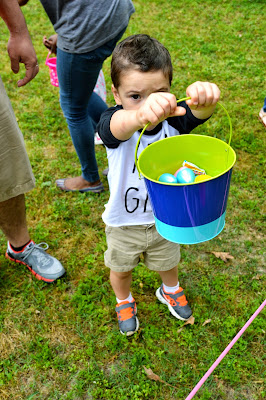 Up next was LL's hunt.  She was so happy to see Ansley, and they talked egg strategy while they waited for their hunt to begin. 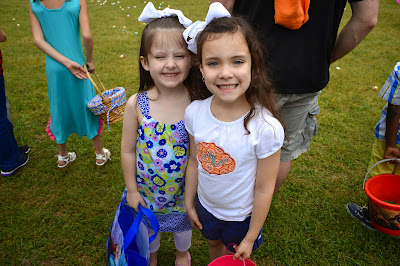 In the middle of it all! 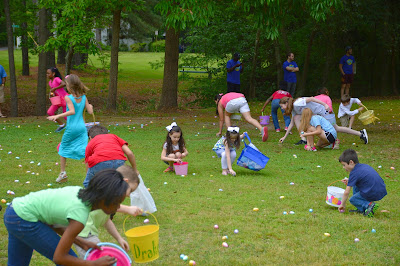 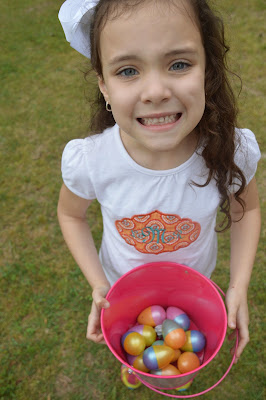 While I stayed with LL at her age group egg hunt, Matt took Cooper to ride the train.  The line was suuuper long before the egg hunts, so going during the hunts was a great idea. 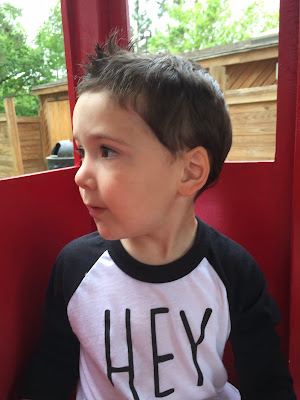 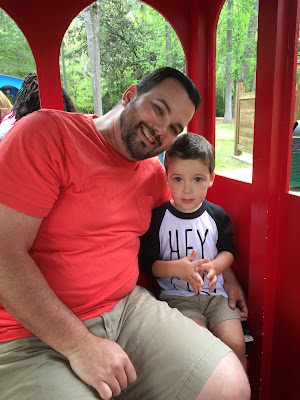 We all had a blast! 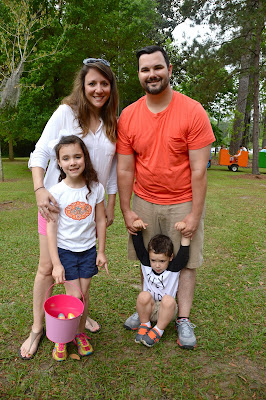