A few years ago, Matt and I started a tradition that has now become one of our favorites.  We save for Christmas for lots of months out of the year (probably at least half).  About two years ago, we started taking a day trip to Tallahassee to get all of our Christmas shopping done in one day.  We fell in love with this because we got a short trip out of town, we got some super fun time with each other, and it is like a mini-shopping spree that we have no guilt about because 1- we've already saved the money and we pay everything in cash and 2 - it's all for Christmas!  When we started this tradition, Cooper was only about 5 months old, so a day trip was all we did.  Now that Cooper is a good bit older, we started exploring other options for our trip.  The weekend before Thanksgiving we had a free weekend, so we planned a kid-free trip to Atlanta to do our Christmas shopping up there!  Atlanta has sooo many more options than even Tallahassee, and we were able to have a mini-weekend getaway at the same time.  We also rarely get to see my Laura and Gino without a gaggle of kids around, so we were looking forward to seeing them!

After school was out on Friday, we went to Grammy and Pop's to drop LL off.  She was staying with them all weekend.  Cooper stayed with Gigi and Poppy on Friday night and then stayed with Grammy and Pop on Saturday night.  After all of the kids were where they were supposed to be, we hit the road for Atlanta!


Grammy and Pop sent us these pictures on the road - they had planted some sweet potatoes and LL had a blast digging them up! 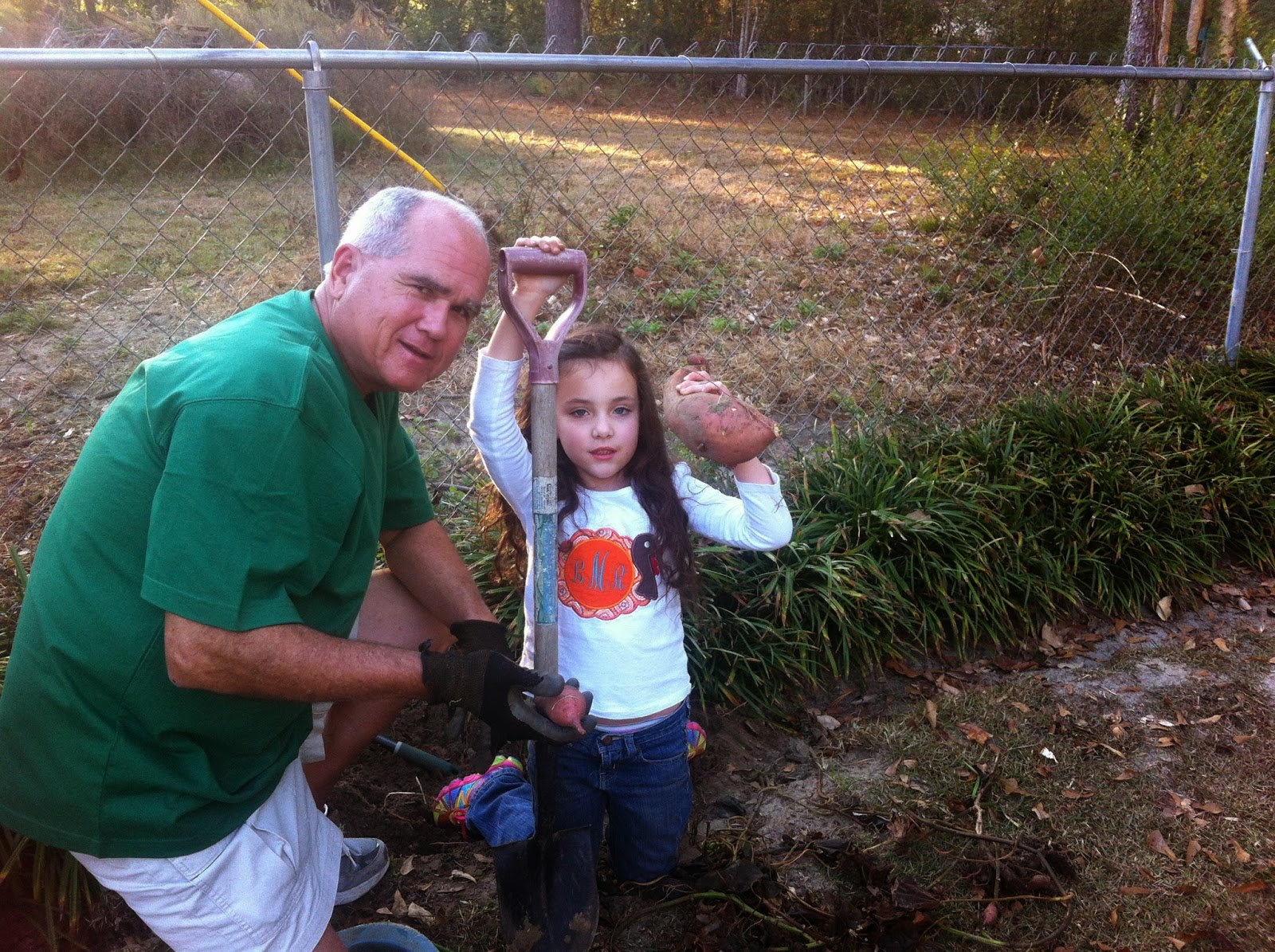 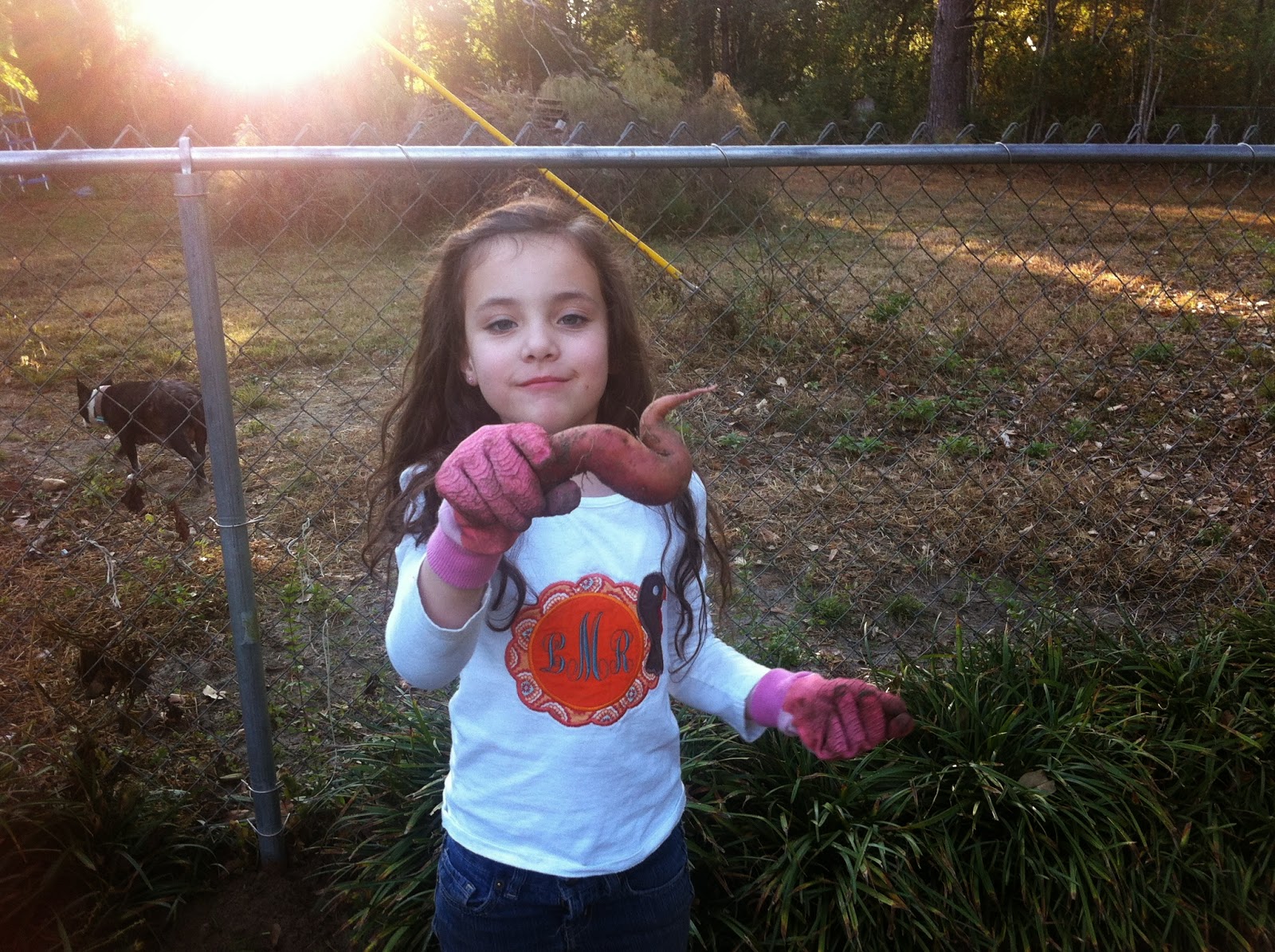 Gigi also sent us lots of pictures.  Cooper had a blast hanging outside with Gigi and Olive! 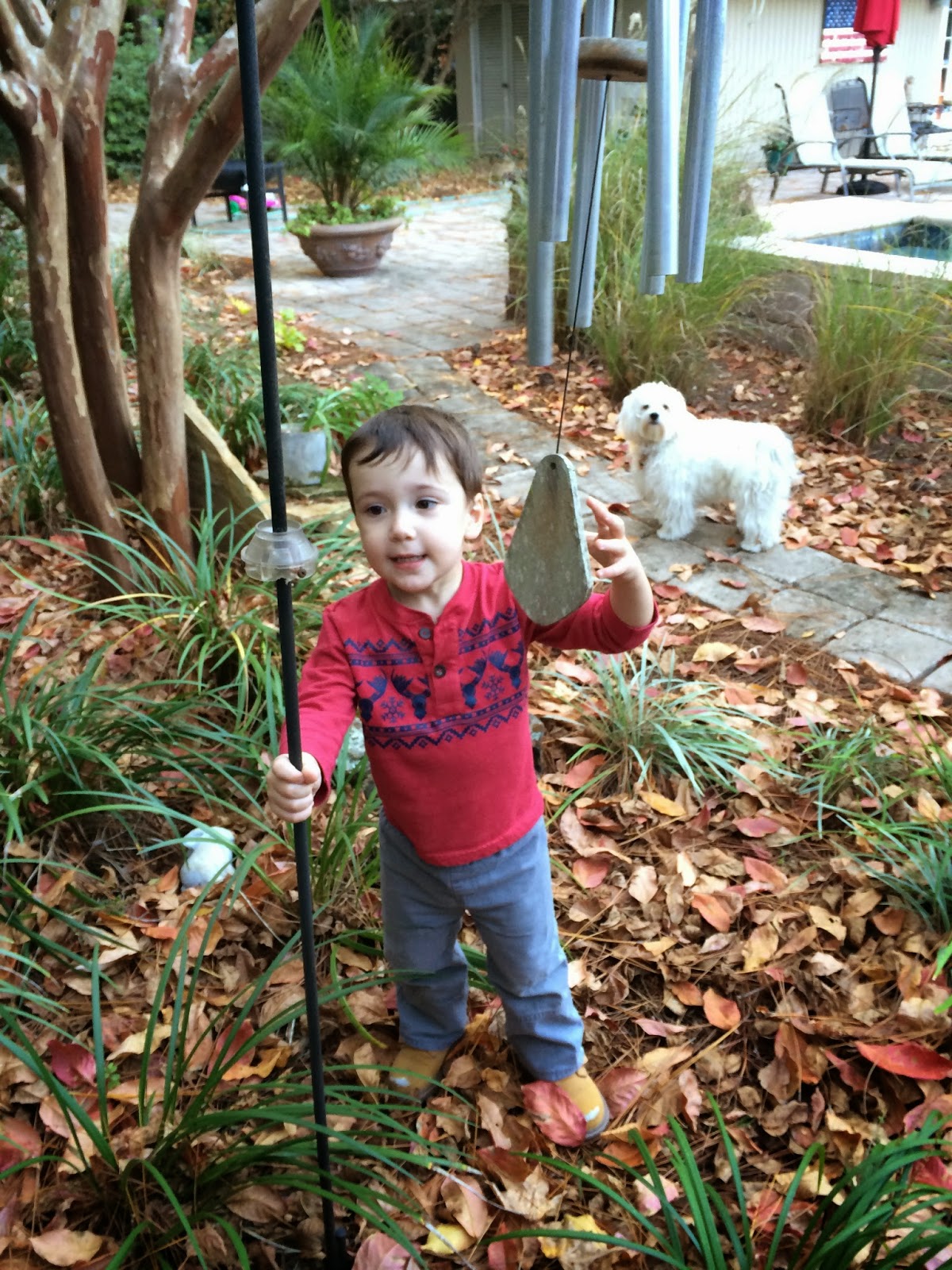 Post to come, but the week prior to out trip, Cooper decided to start jumping out of his crib (yay!).  This means we had to make a fast transition to a big boy bed (except at our house - it took 3 weeks for his bed to come in), so that he wouldn't get hurt jumping out.  Gigi sent this picture of Cooper playing in his big boy bed at her house before bed time. 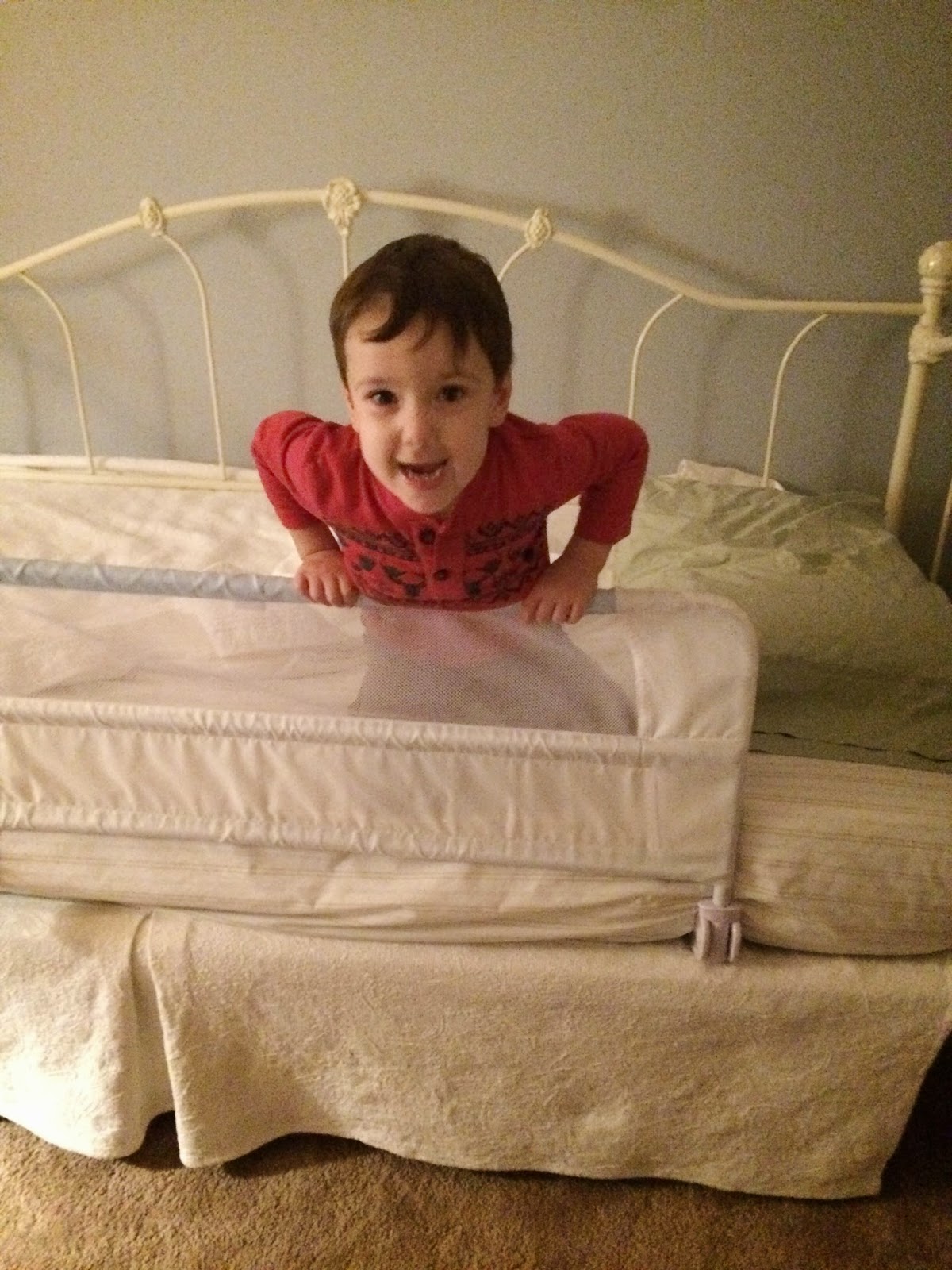 And then she sent this picture- he was out for the night!  I was soooo nervous about how he would do for everyone because he was not really liking the big boy bed and was getting in and out a ton (a no-no for us!), but he did fantastic while we were away! 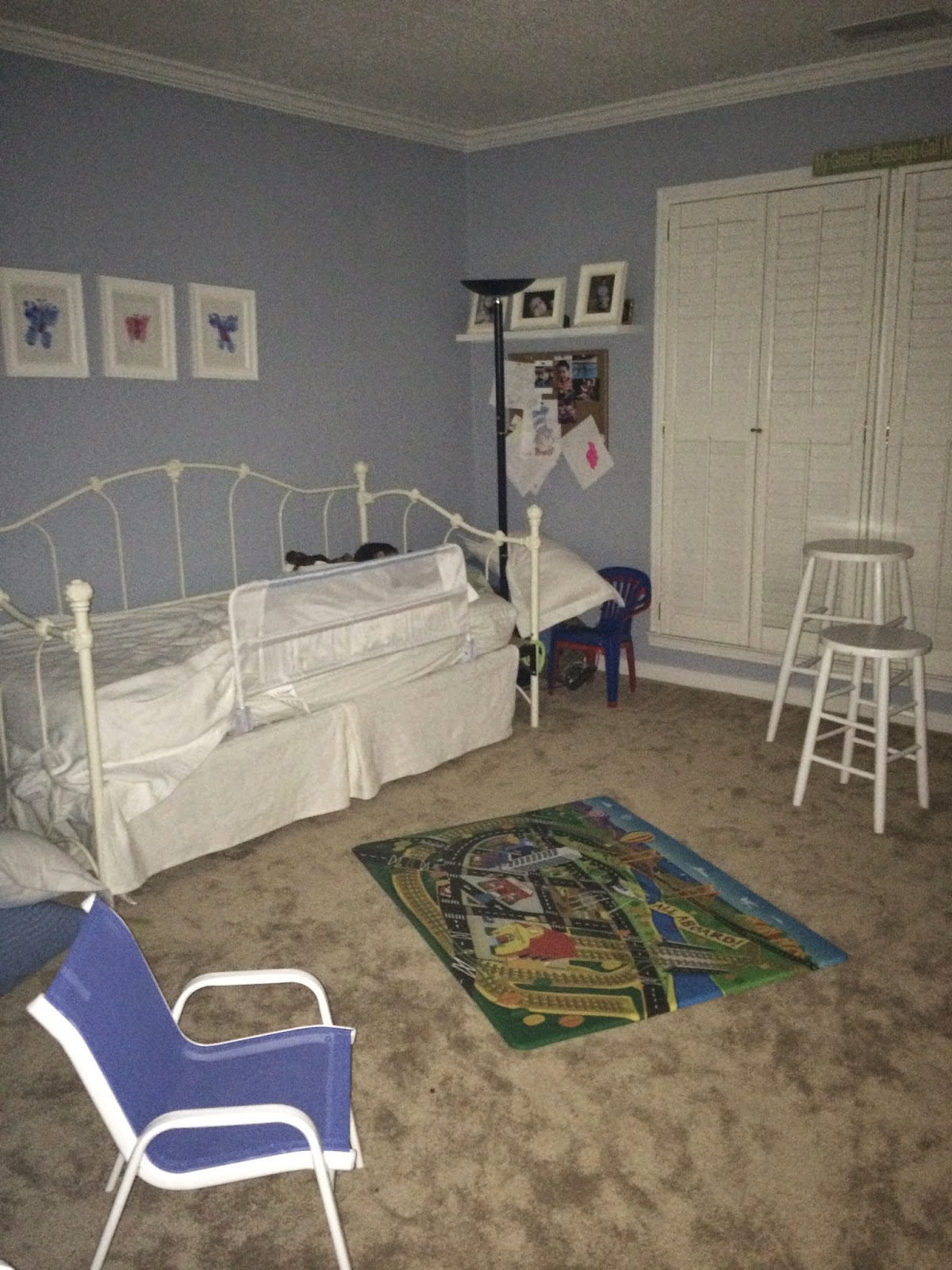 Saturday morning we got up and ready for some serious shopping! But not before getting some Ben snuggles.  :) 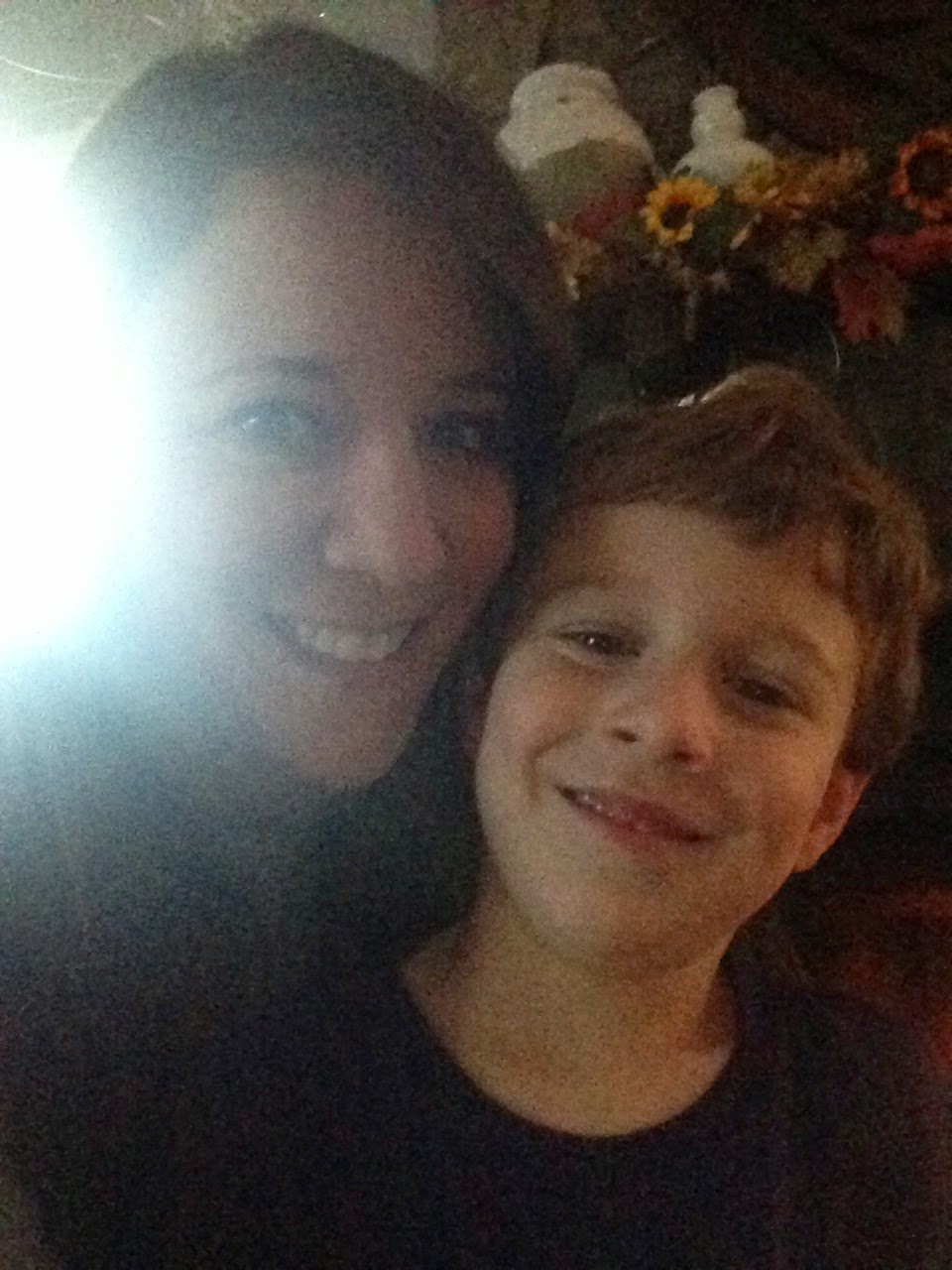 While we shopped, Cooper played outside some more with Gigi... 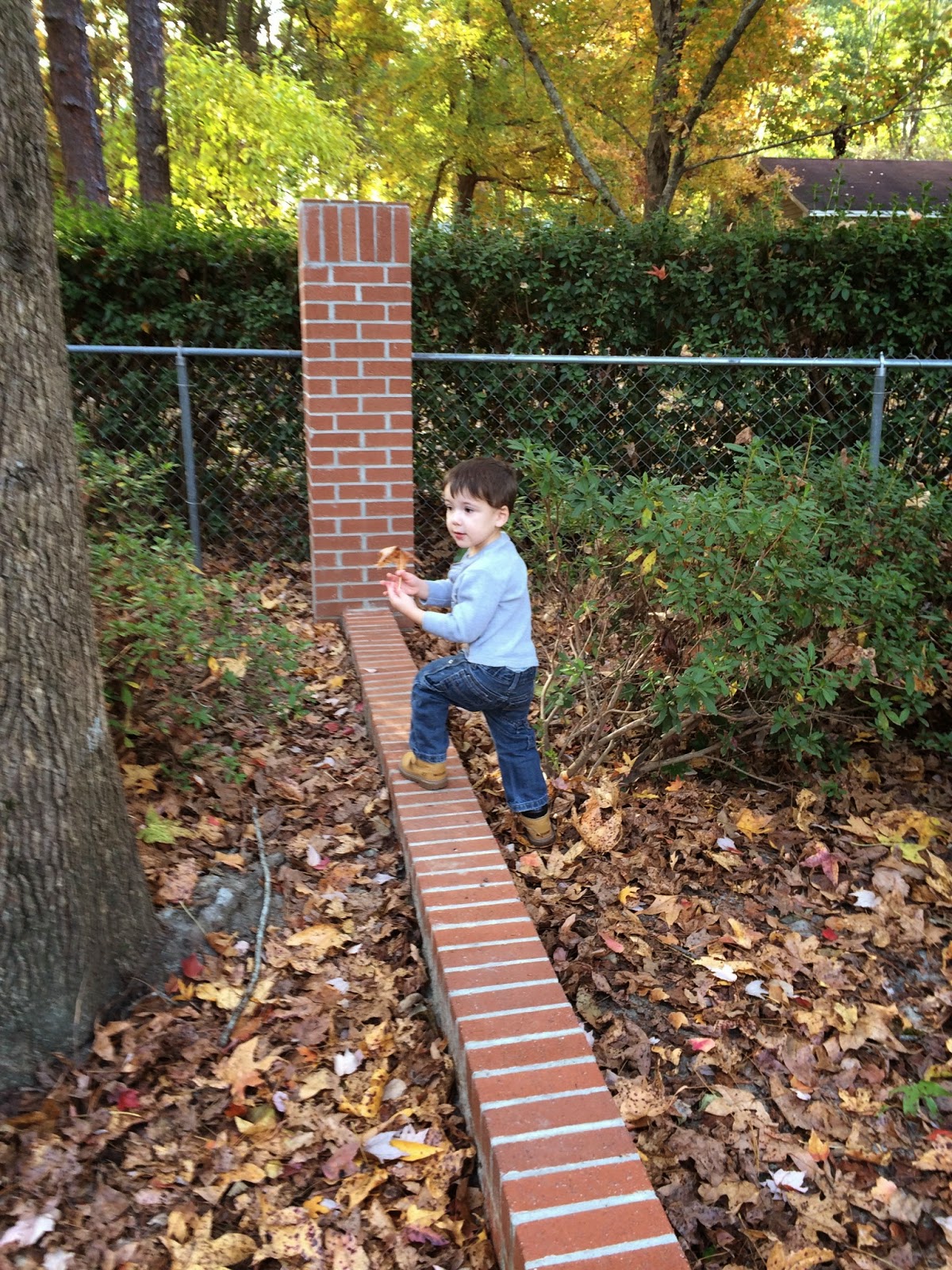 …and got to meet Wendy at Wendy's! 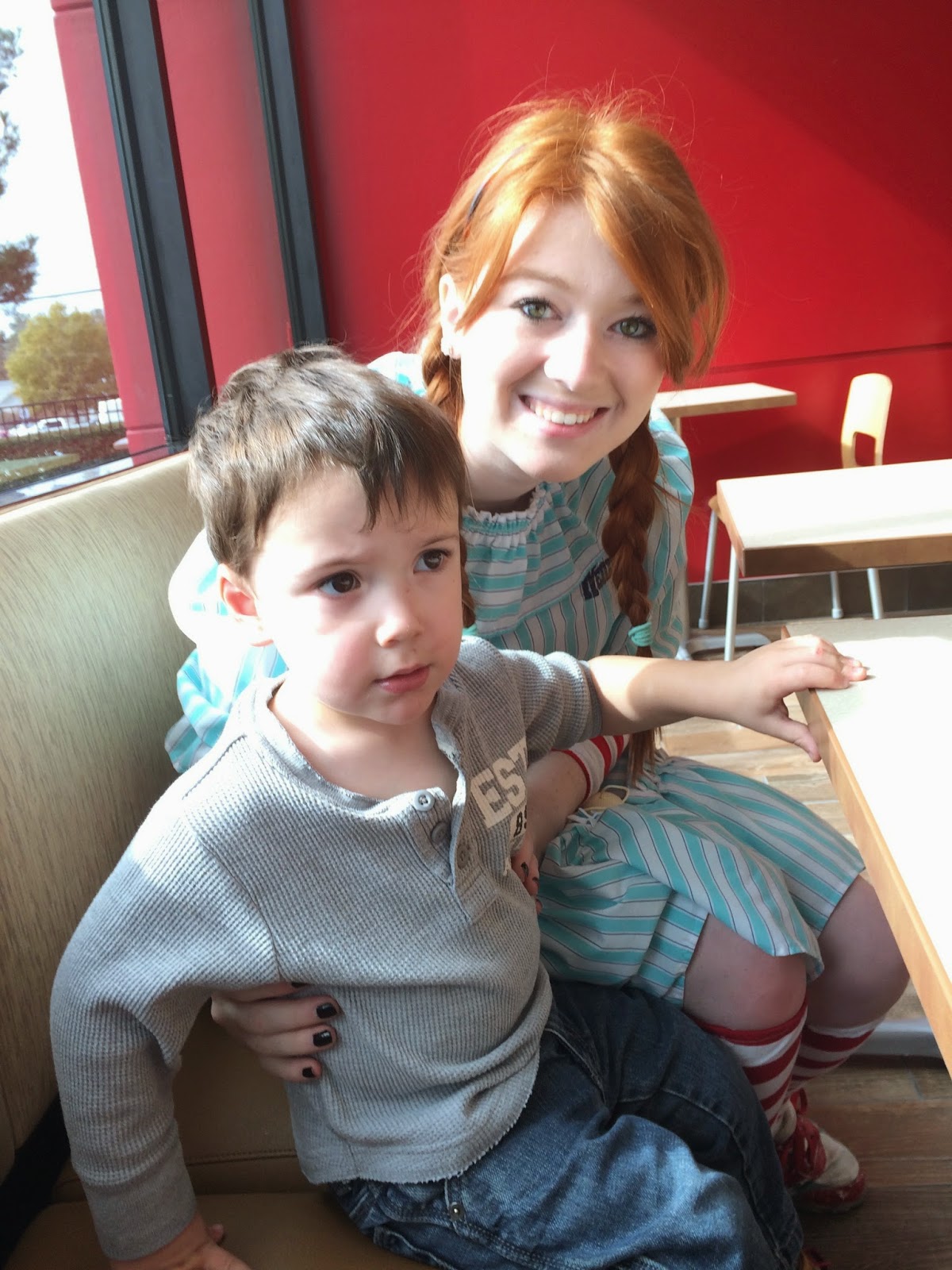 Gigi sent this picture at nap time.  Cooper got out of his bed and fell asleep in the bean bag.  Bless. 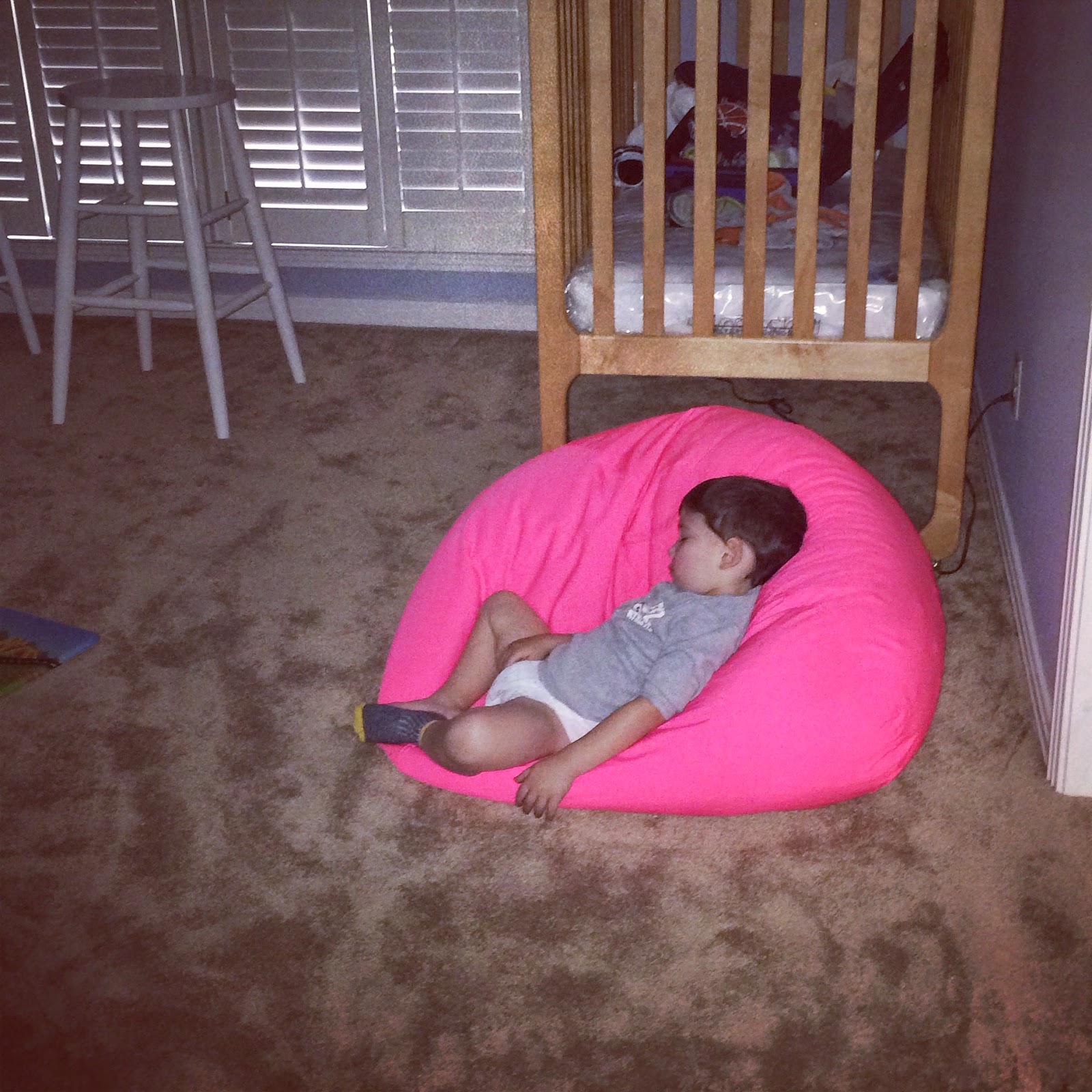 What was also fun was that Laura came with us for the shopping! 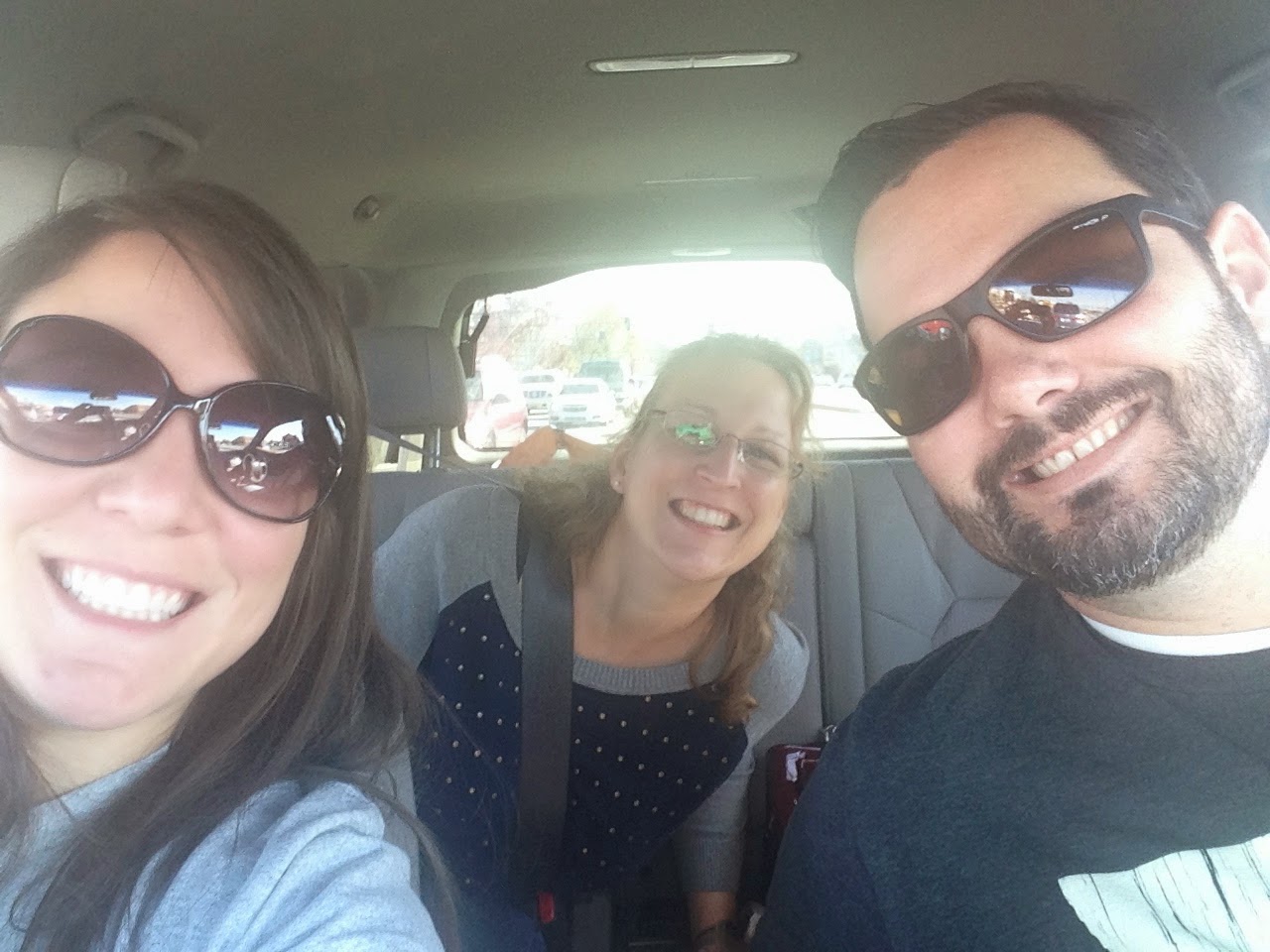 And ended up sharing the back of the car with a loooot of presents. 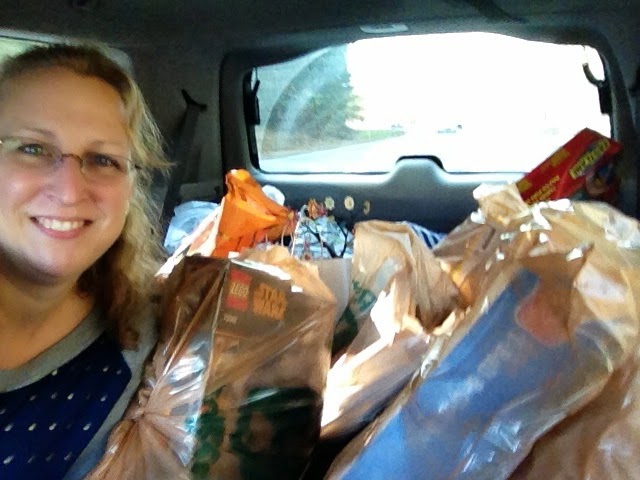 After a very full day of shopping, we came back to the house to get ready for dinner.  We were going on a kid-free date with Laura and Gino while Ben spent some time with his Nana. 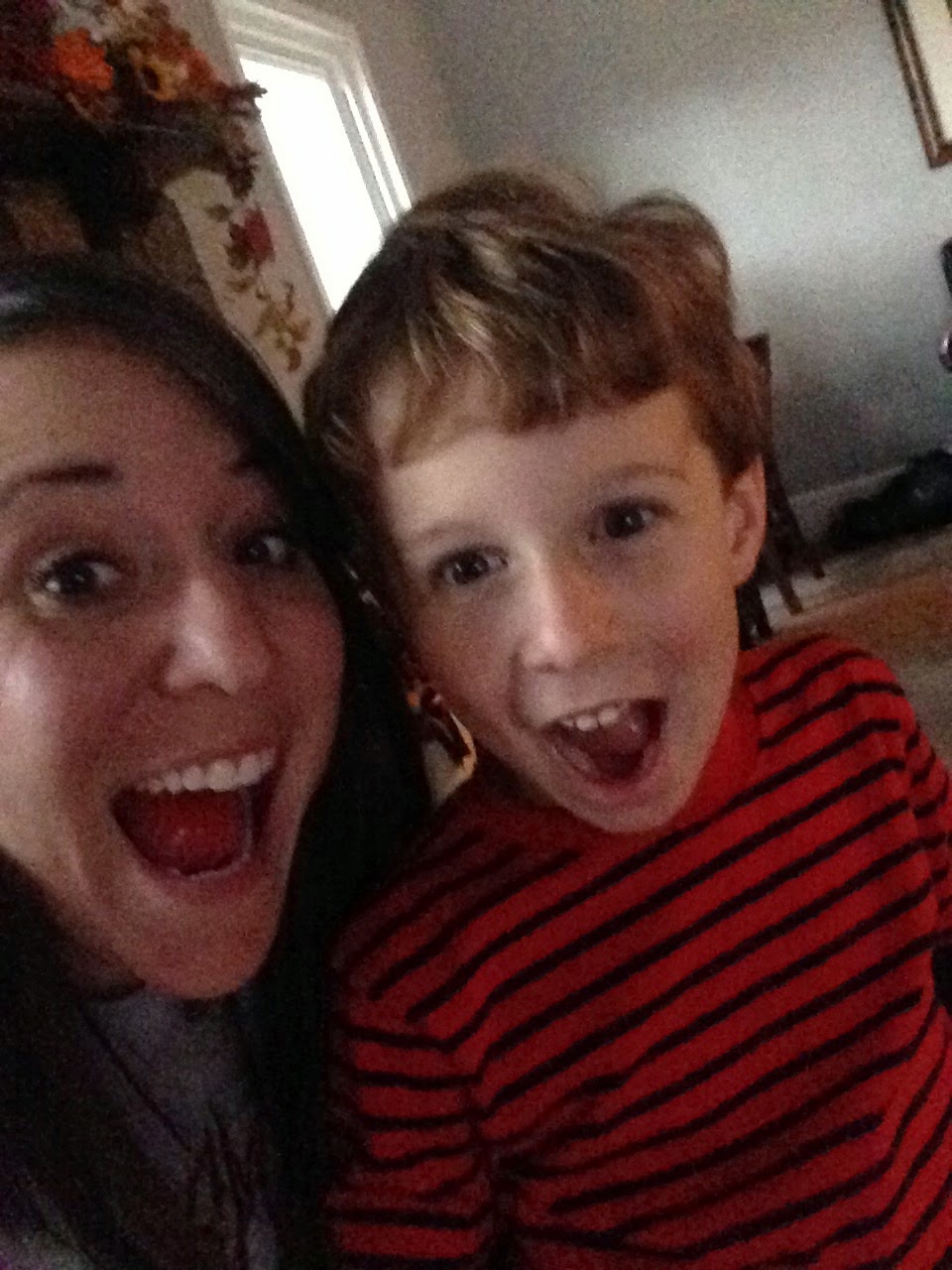 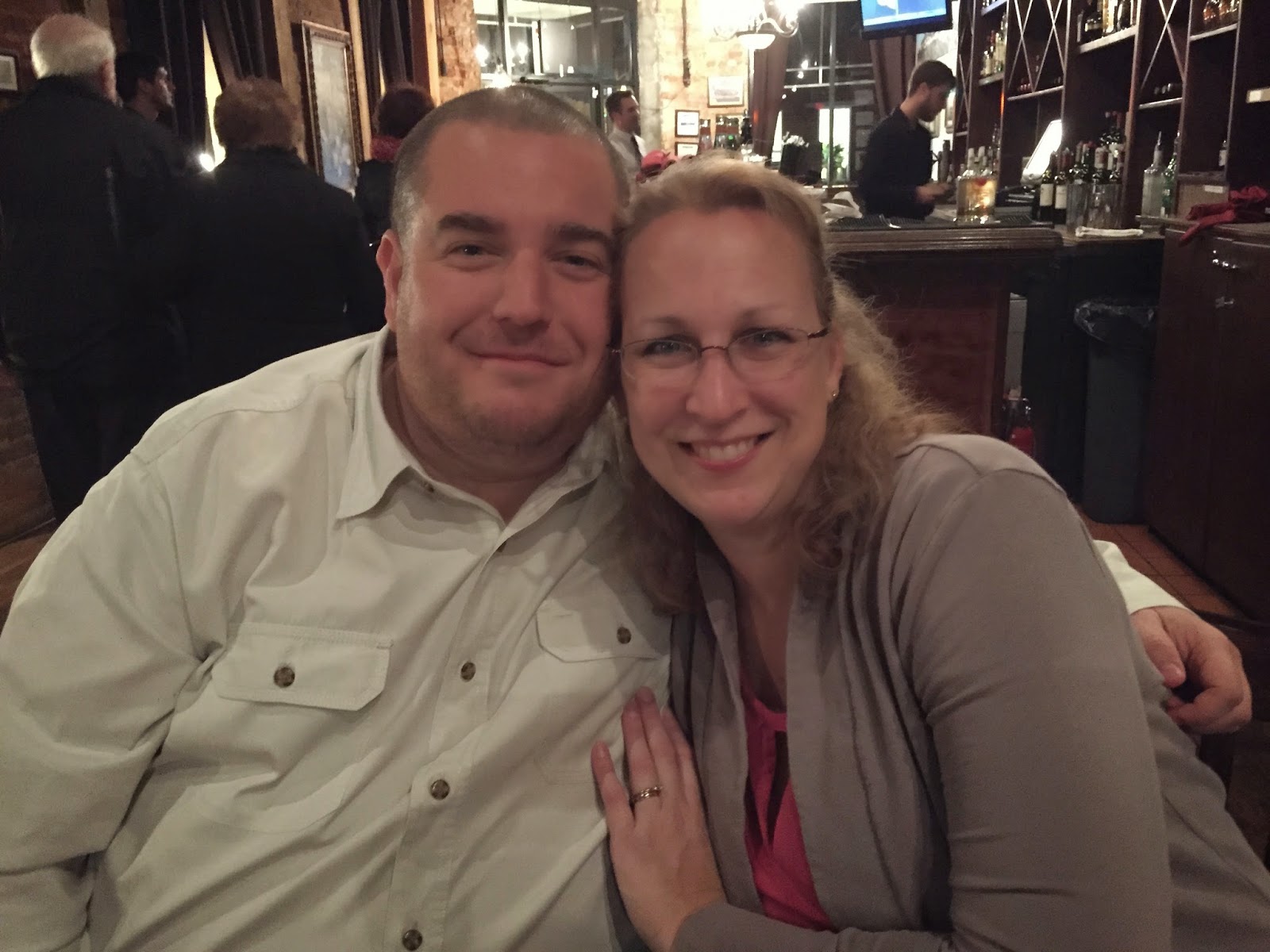 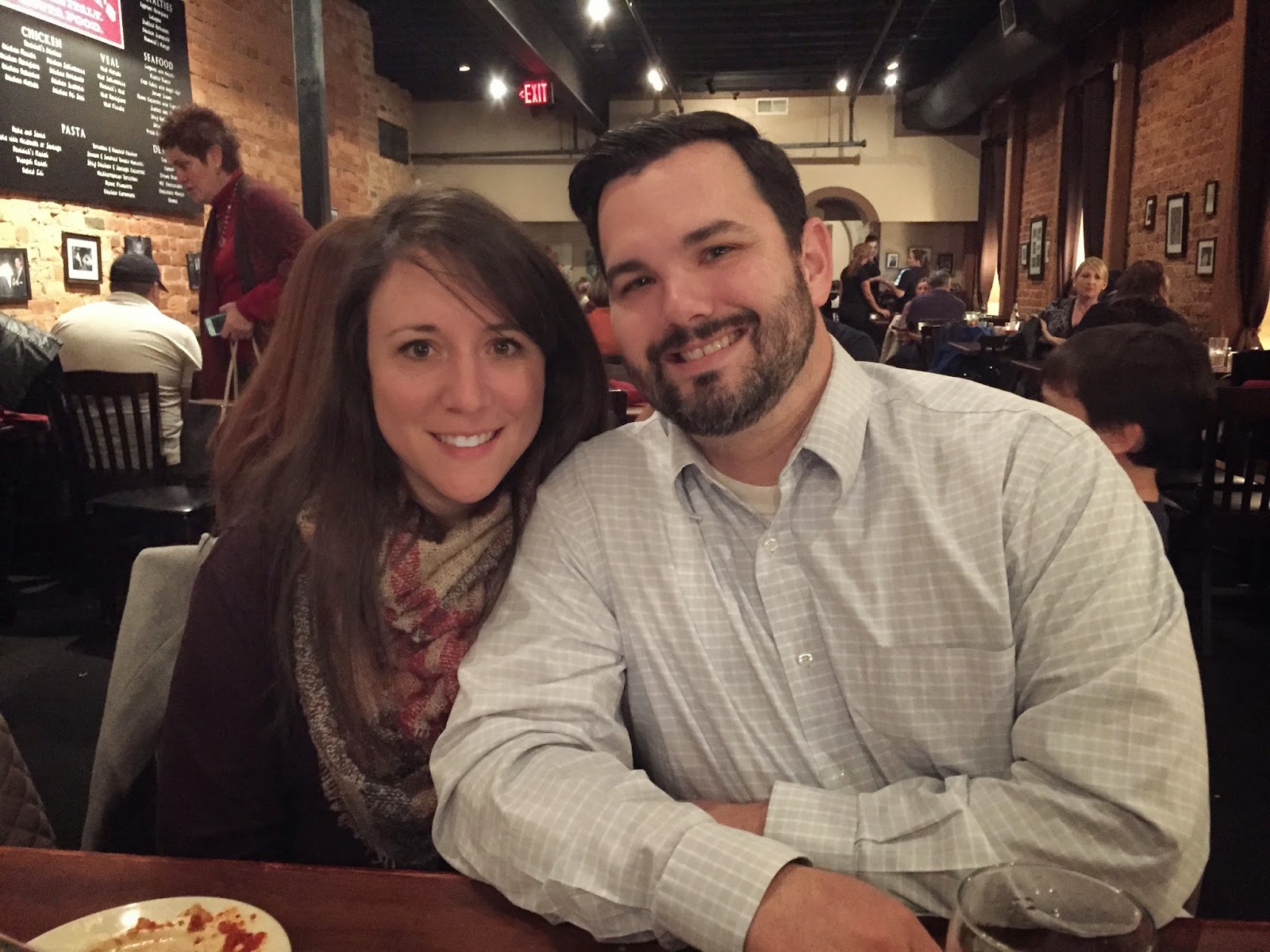 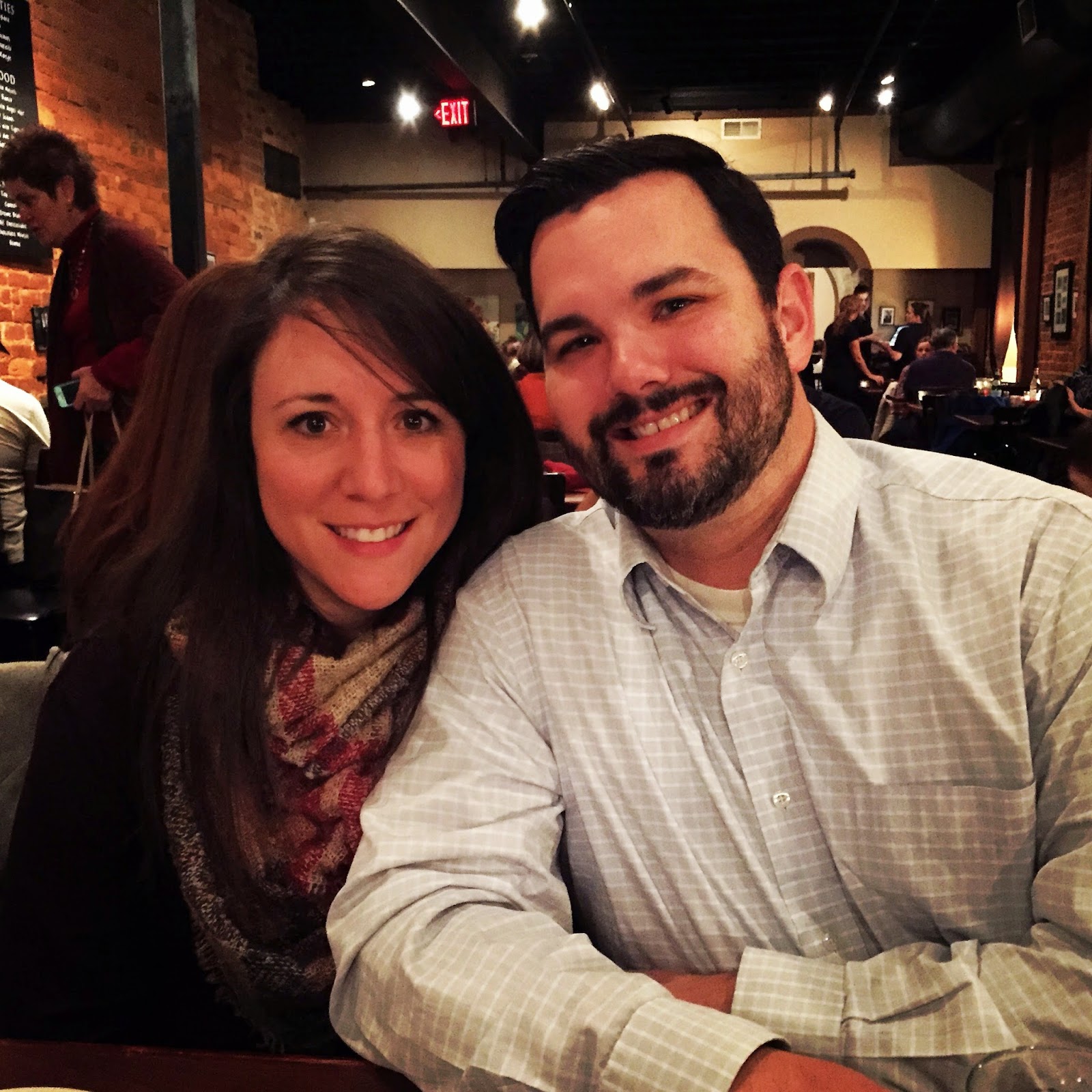 We got up Sunday, hung out with Laura and Gino and Ben, and then left around lunch time to make it to Grammy and Pop's right after nap.  We really had the best weekend and it was so much fun to get all of our shopping done!