Last year, we carved pumpkins with the kids for the first time ever.  LL was super into it last year, but Cooper could have cared less.  This year, LL remembered doing it from last year and was excited.  Cooper was pretty much the same.  Interested for a minute, but then he just wanted to play outside.  ;)

Before we started, I attempted to get a picture of the kids.  If anyone has any tips on getting them both to look and smile at the same time, let me know - haha.  Whatever I'm doing isn't working. 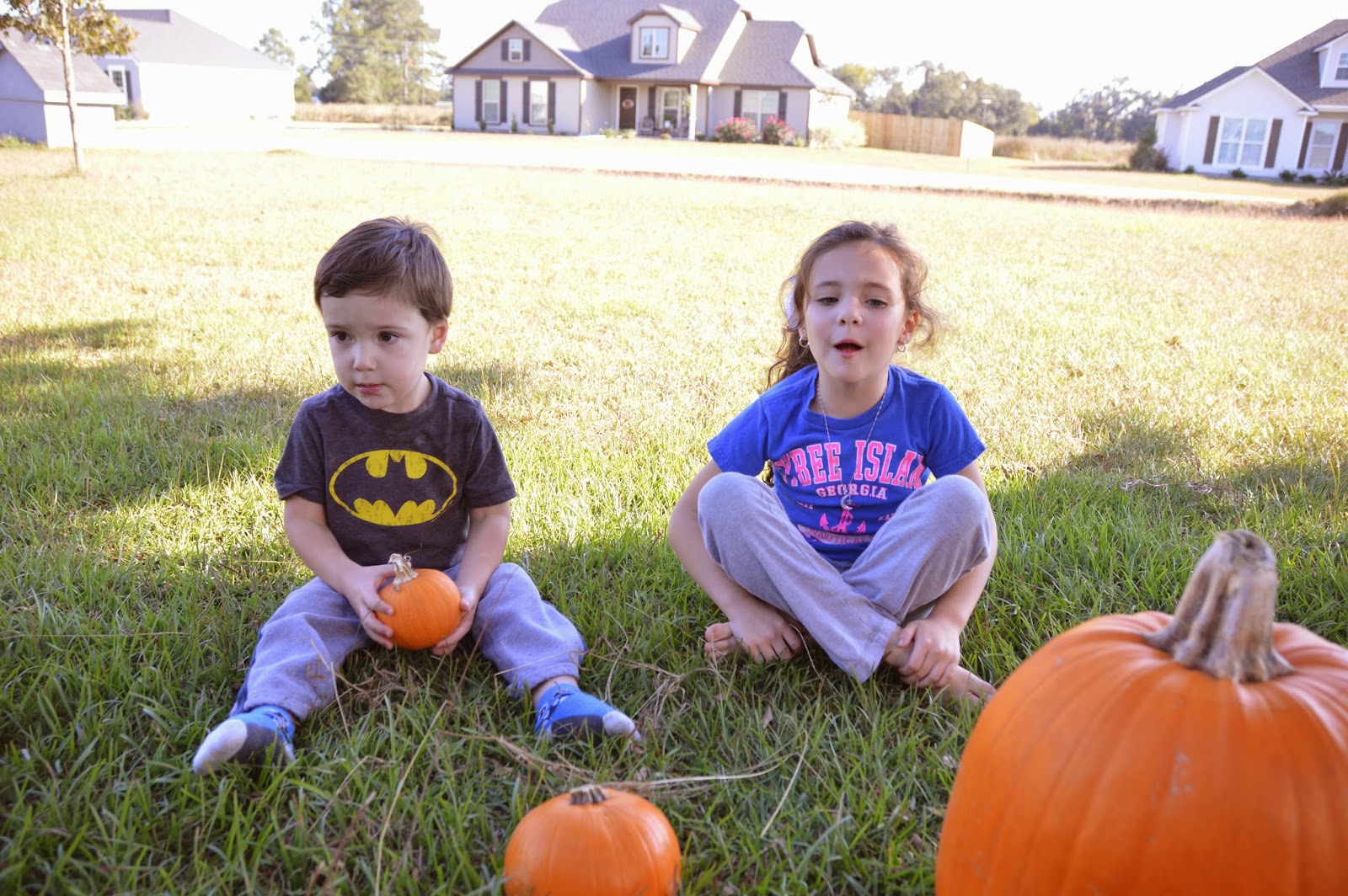 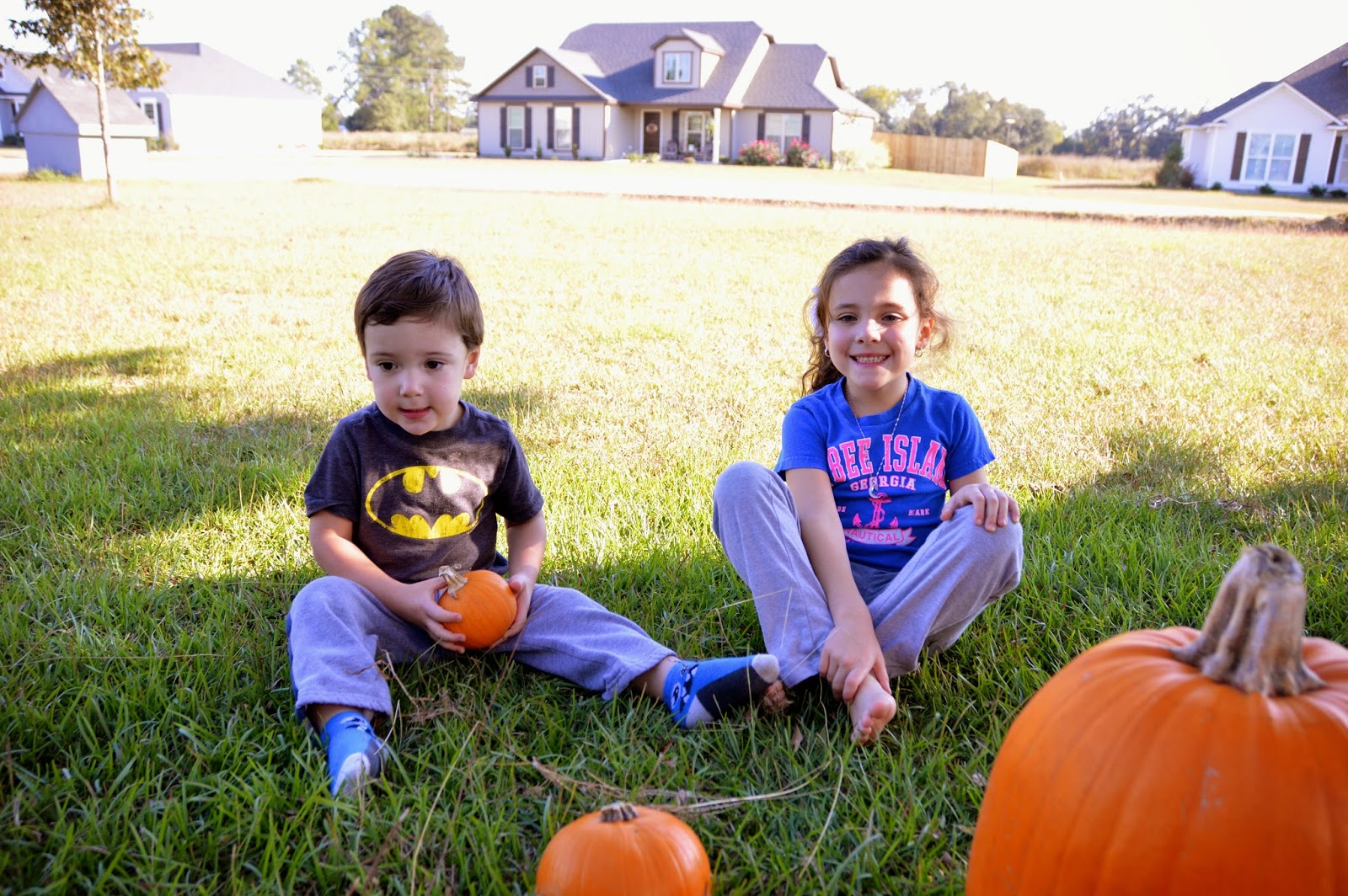 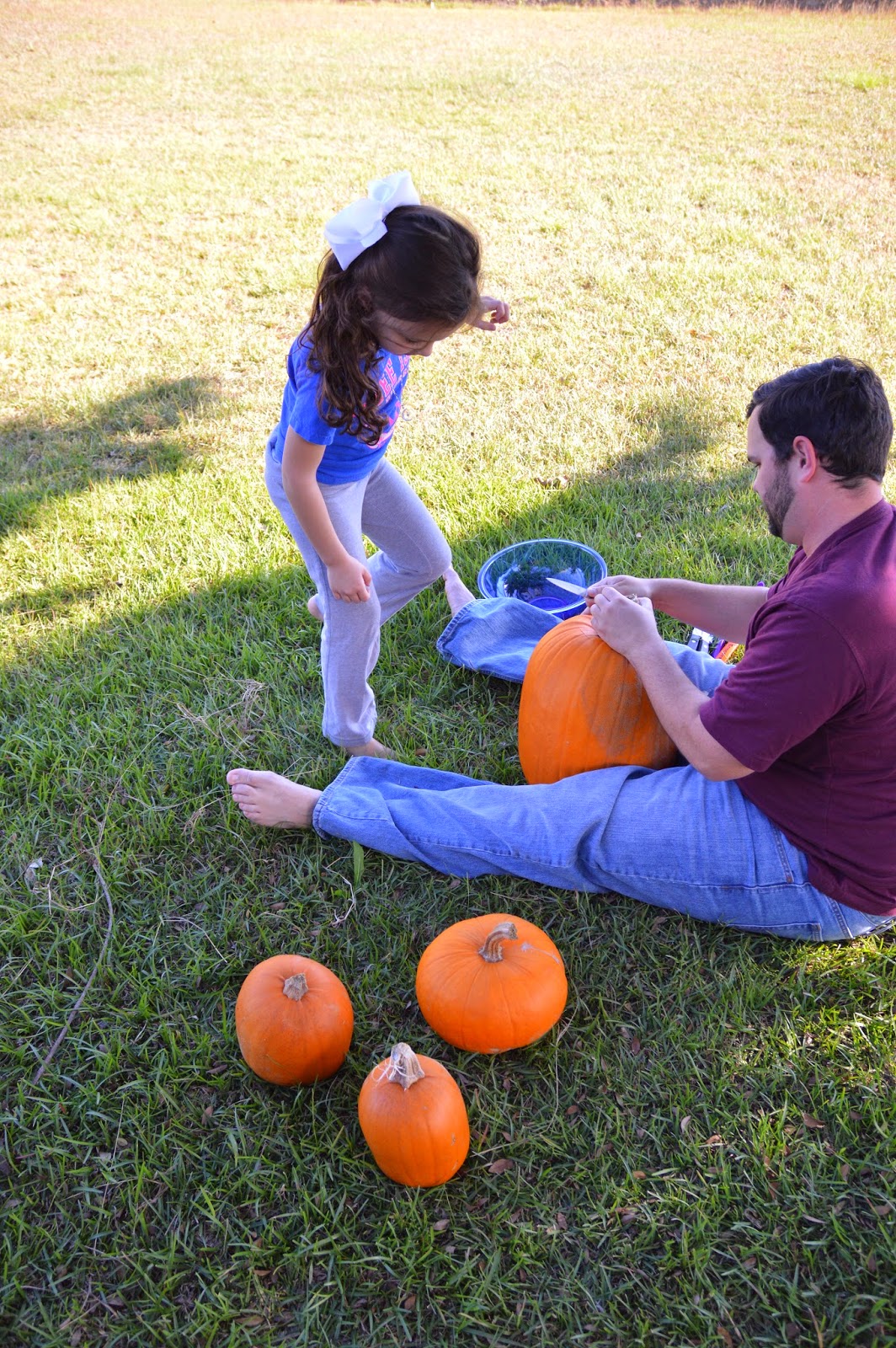 Cooper was interested for a minute.  But he was not interested in touching the insides at all! 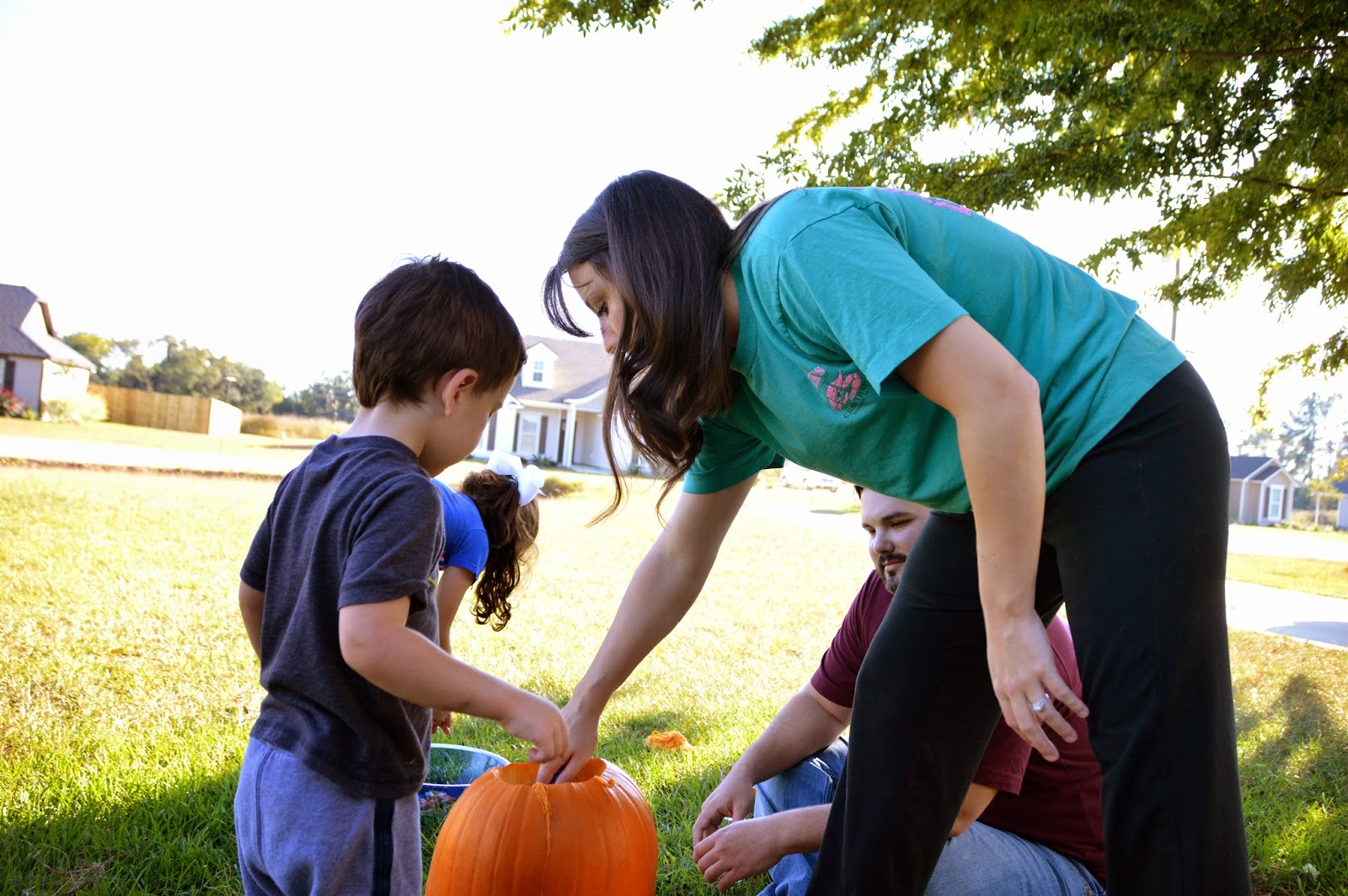 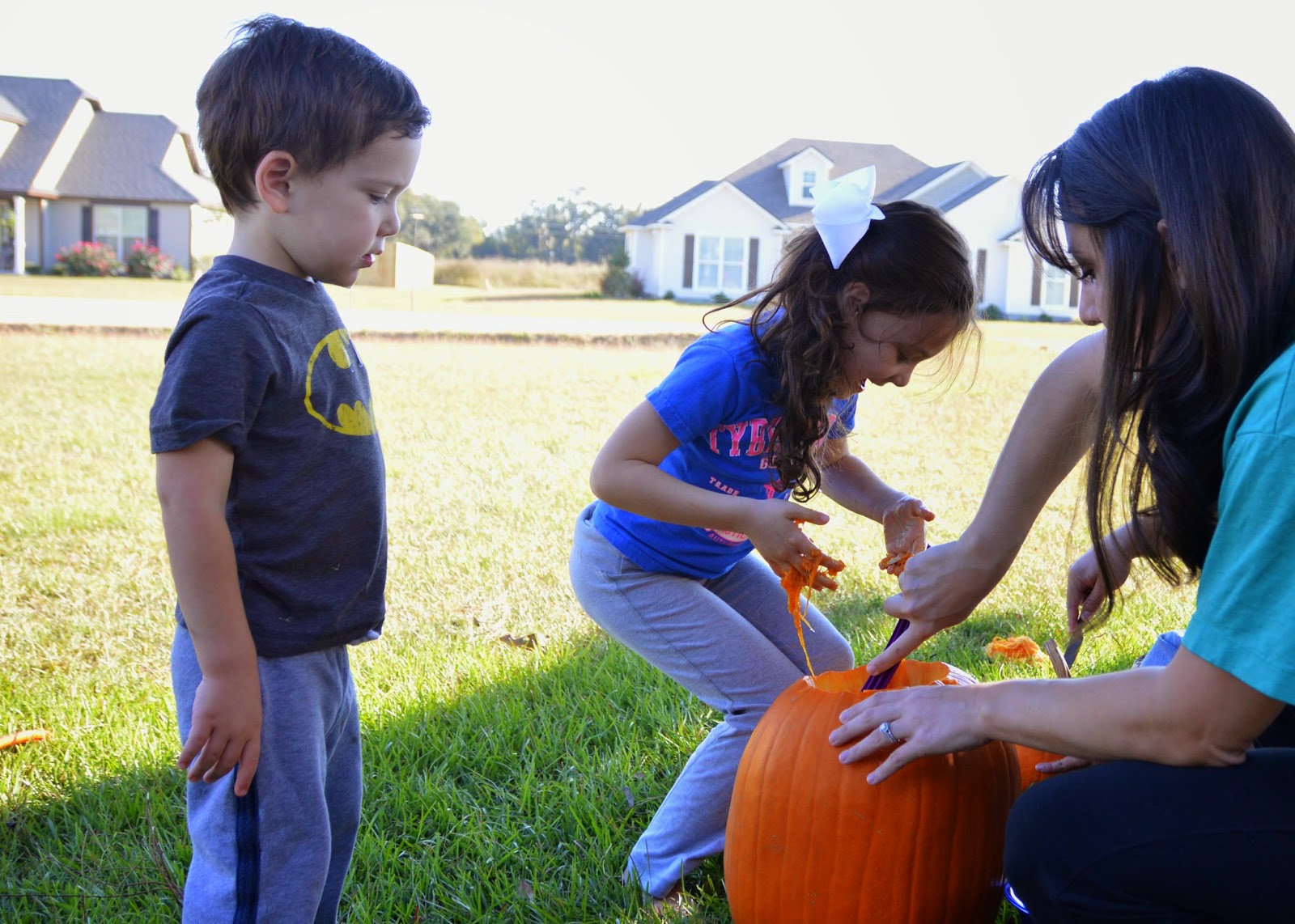 You have to stop to point and wave at passing cars! 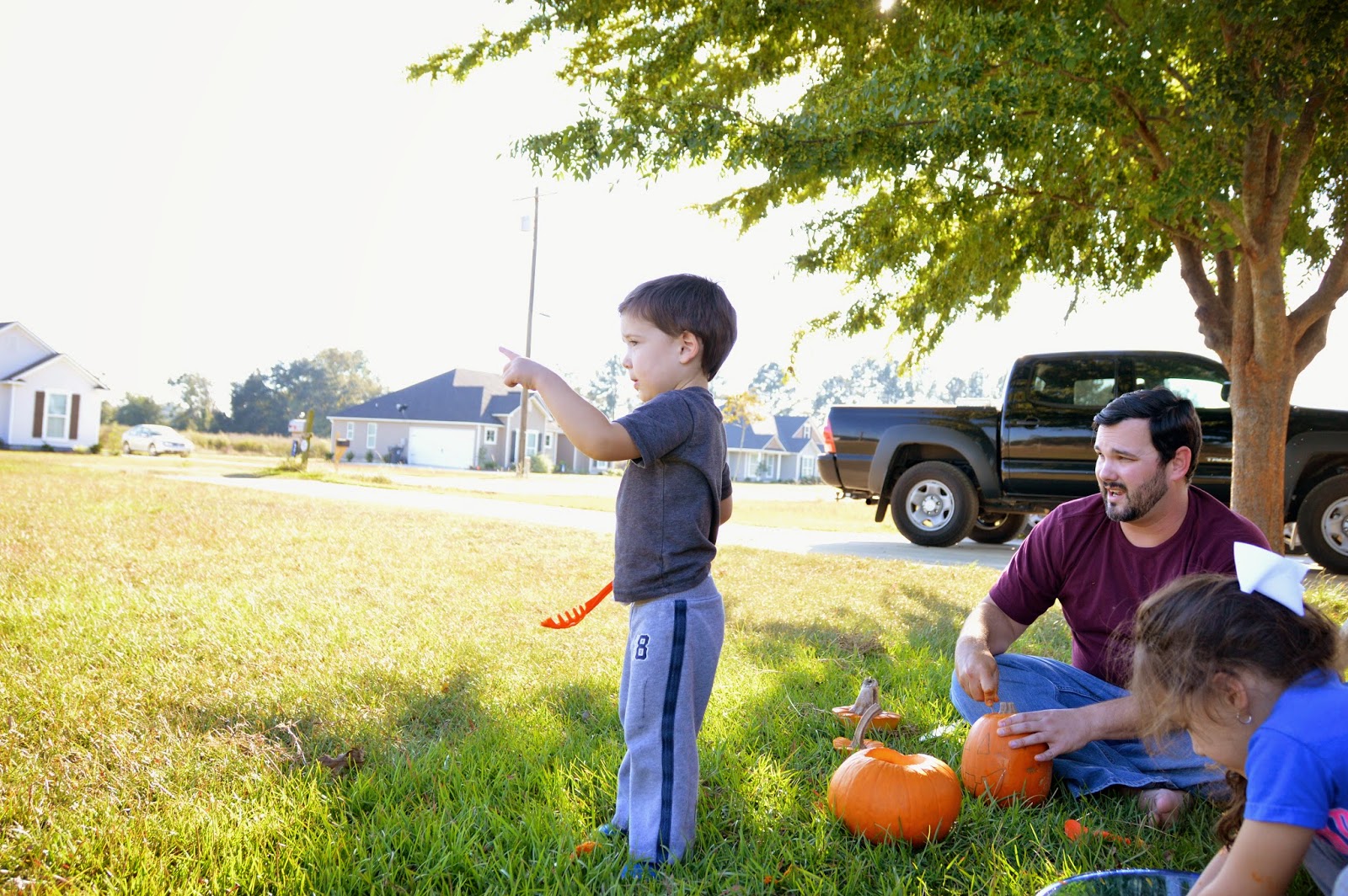 Gigi was our official picture taker, and she did a good job!  Cooper did great scooping out a few spoonfuls of "pumpkin guts". 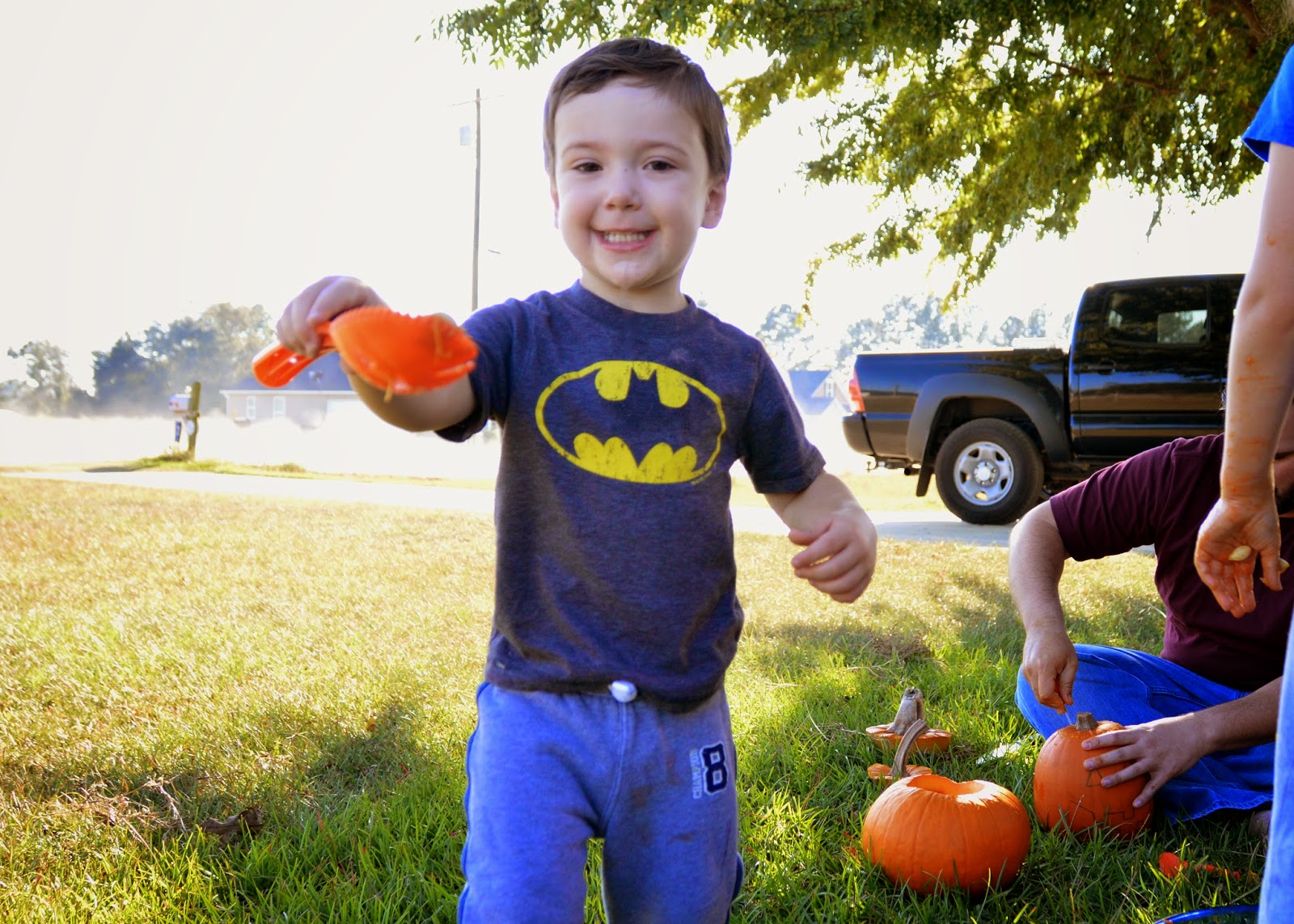 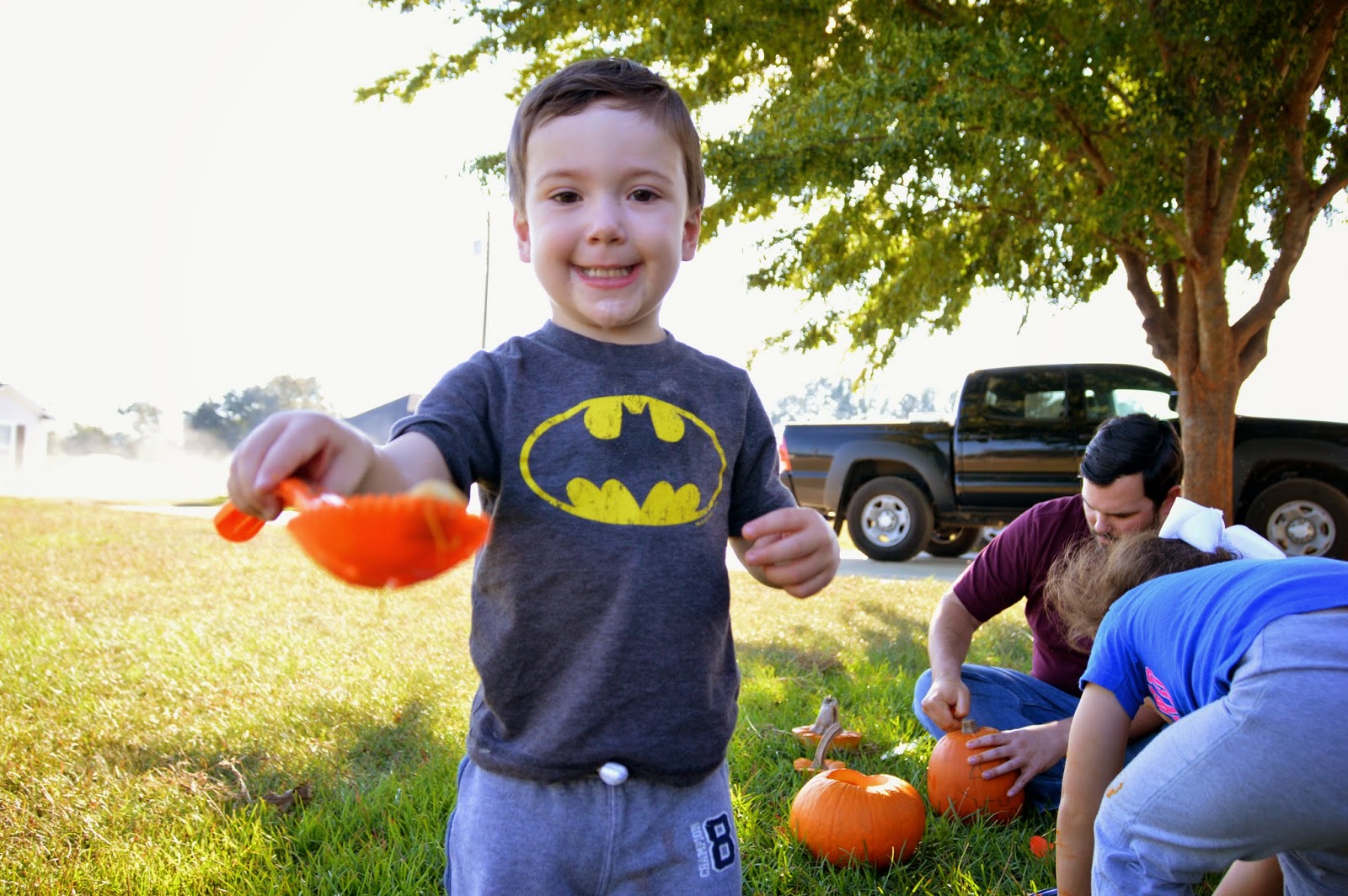 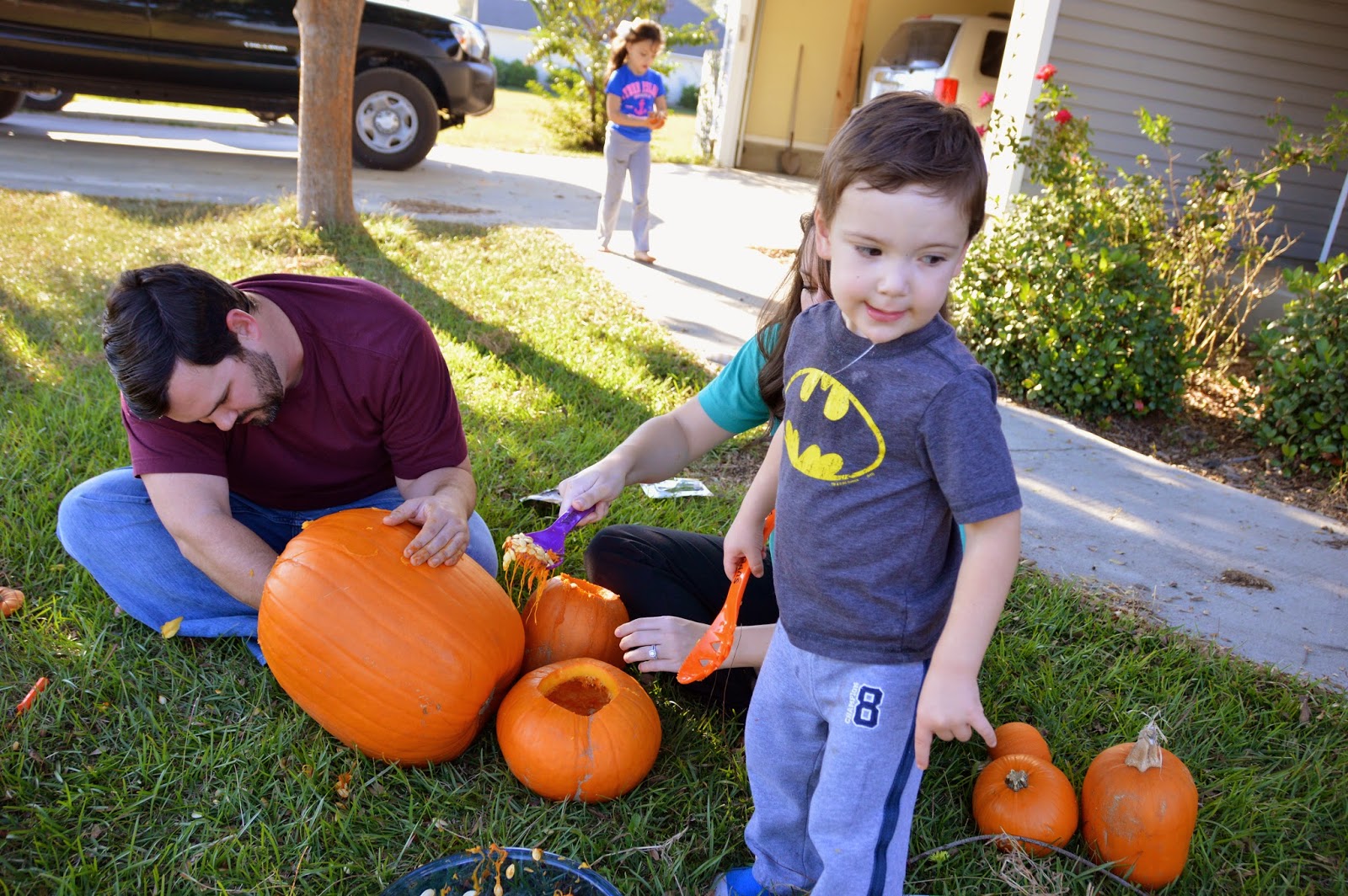 LL loved playing in the "guts".  As you can tell, Cooper had already given up and was off on his own. 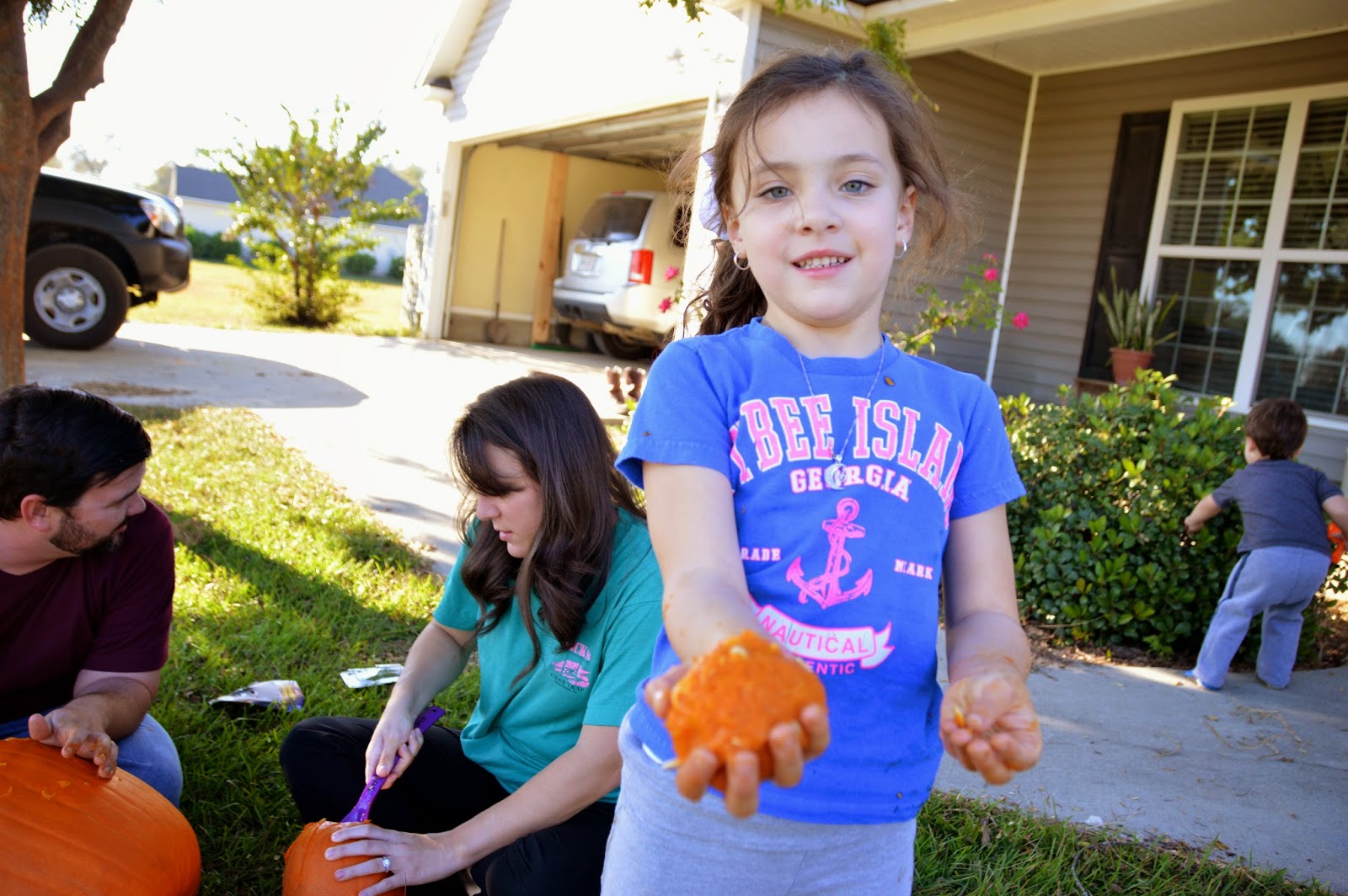 This was typical - one kid interested, and the other off running around. 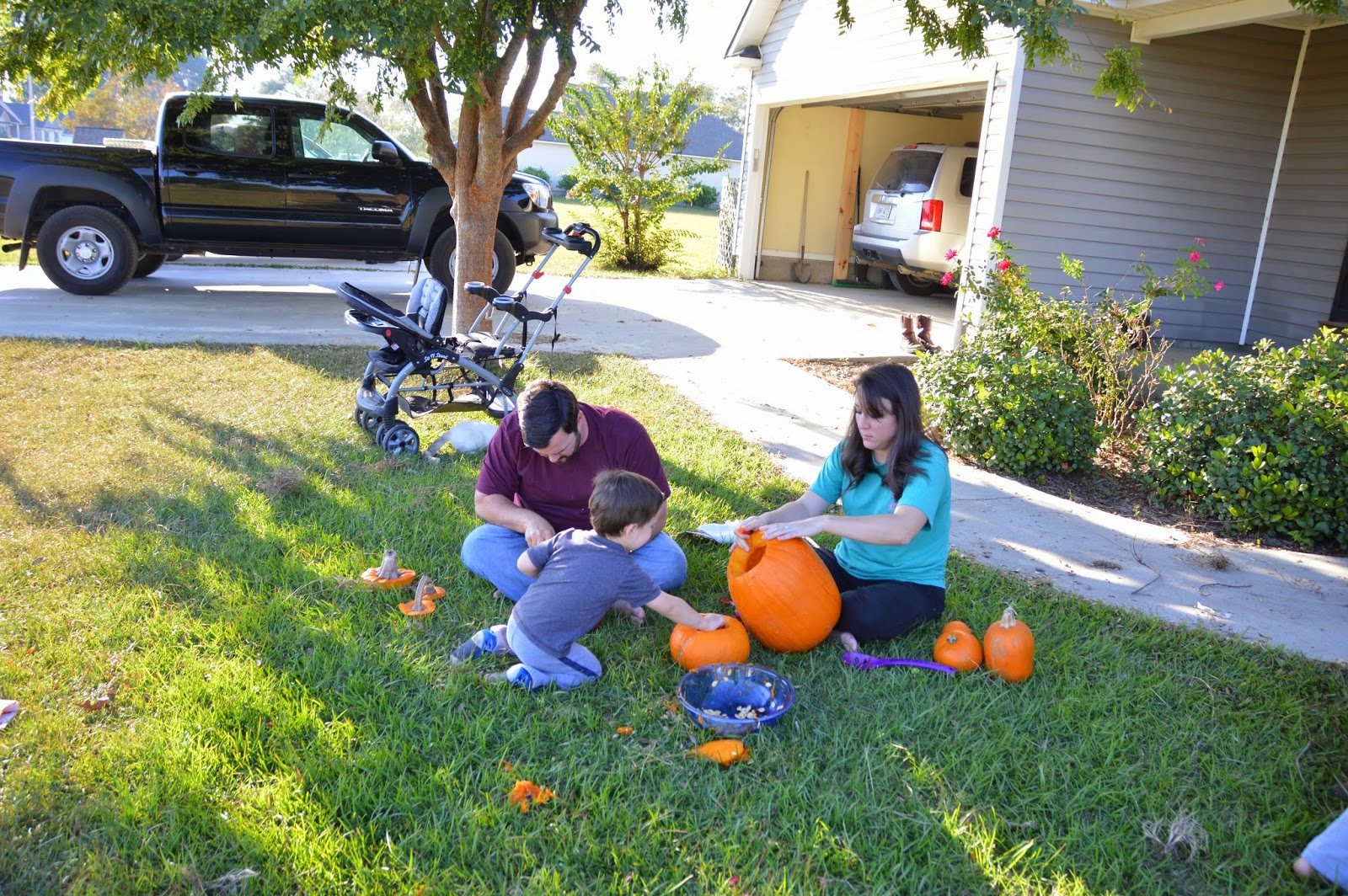 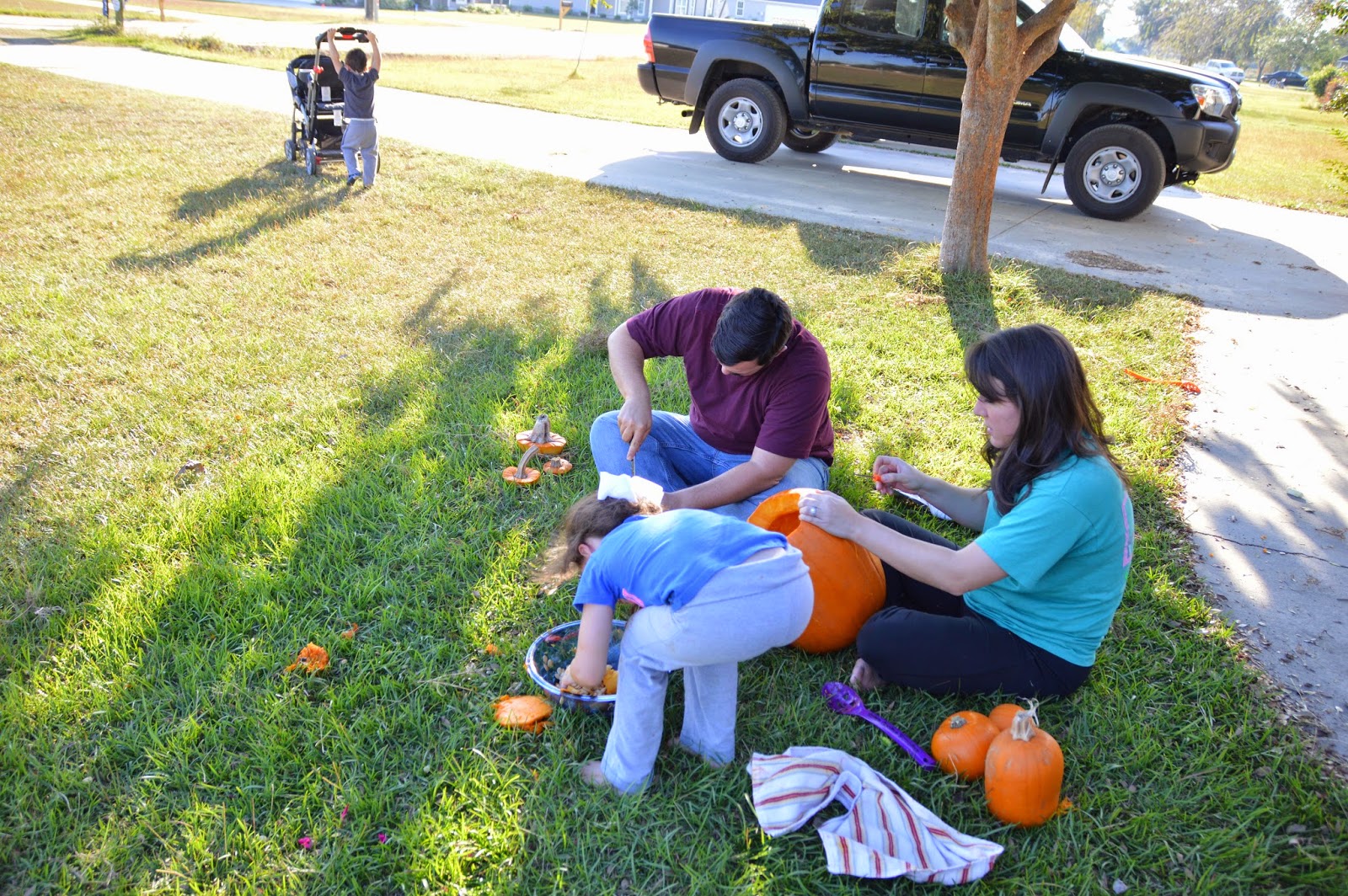 Lovie supervised from the bushes. 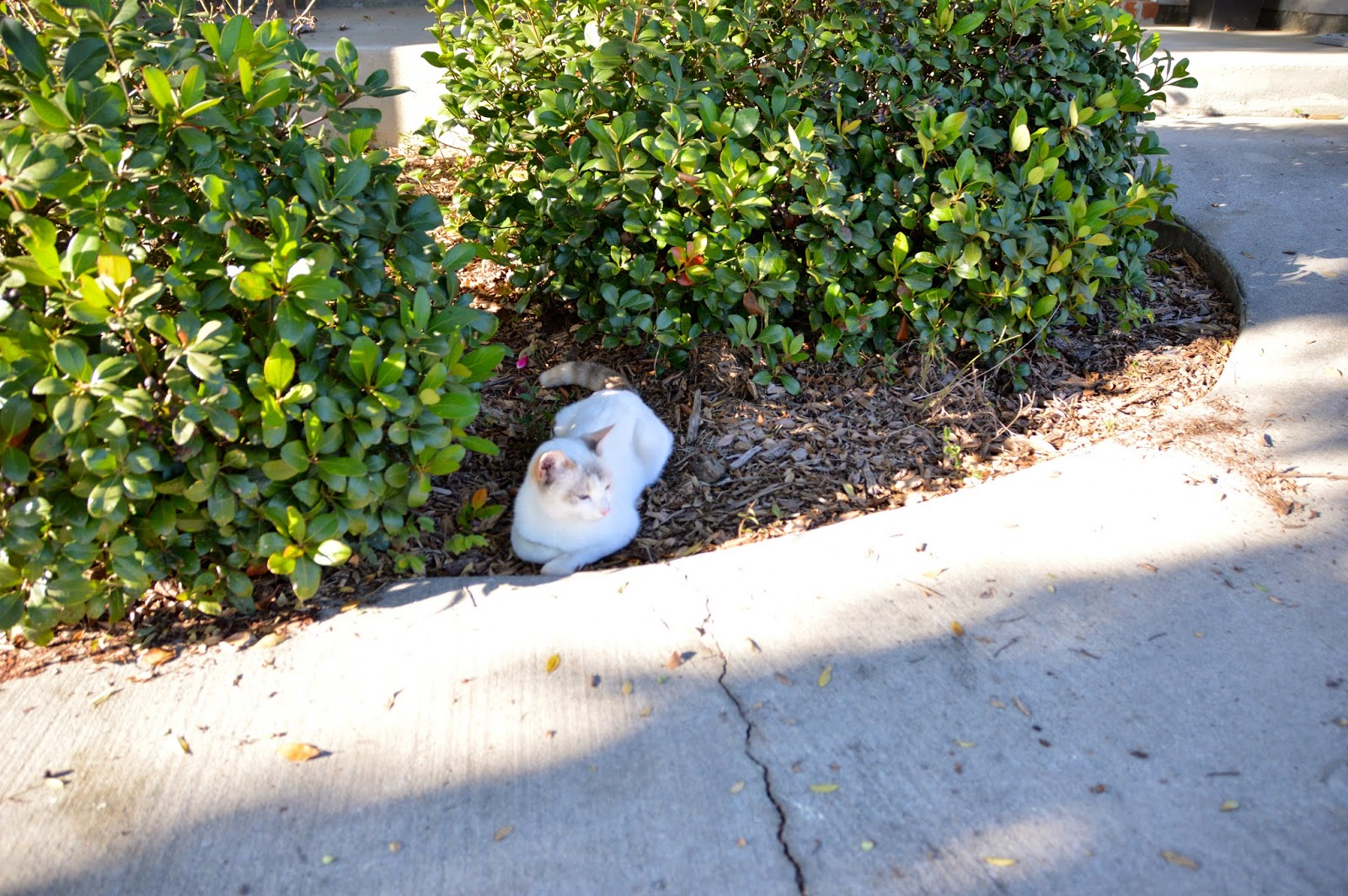 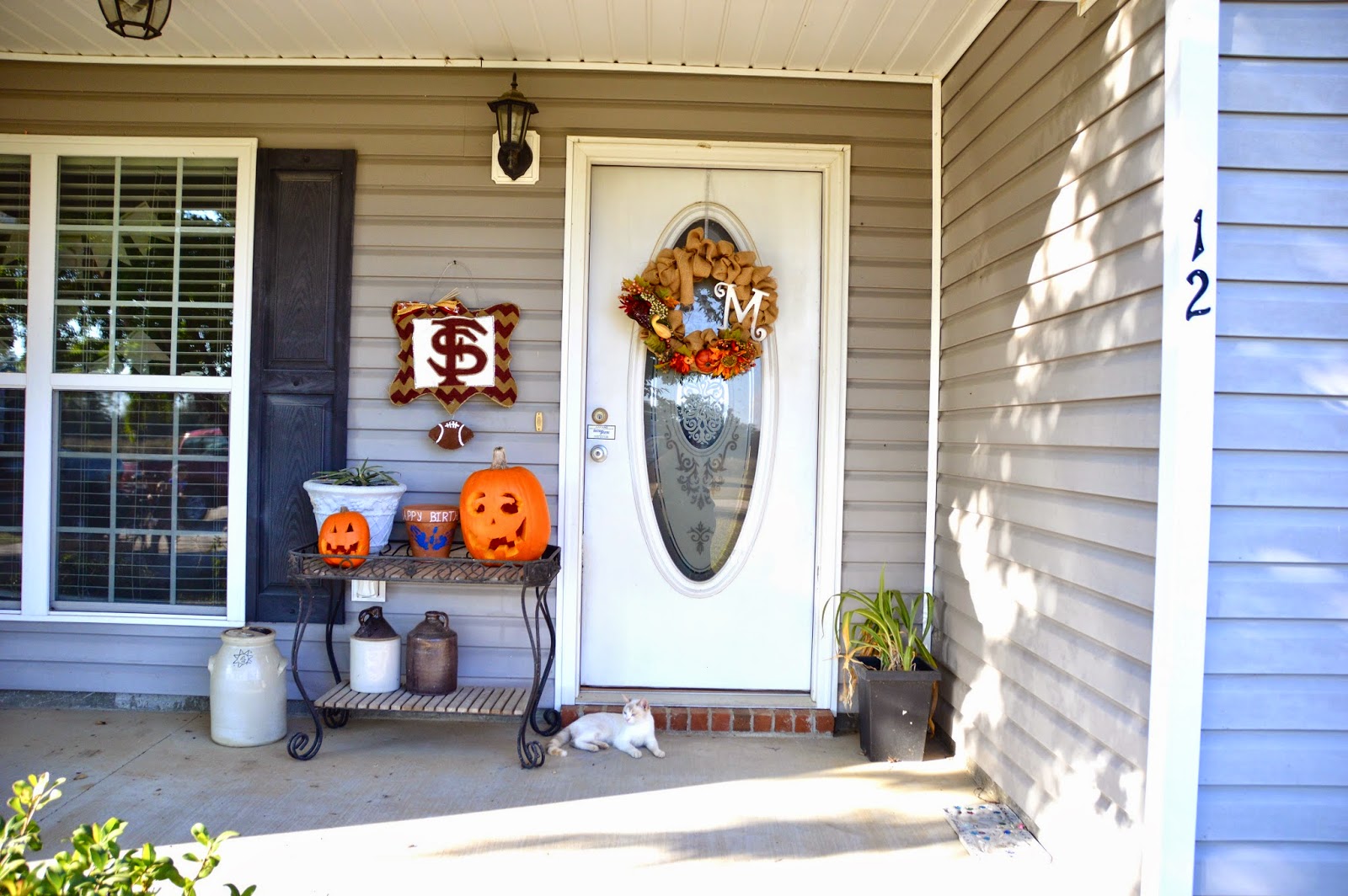 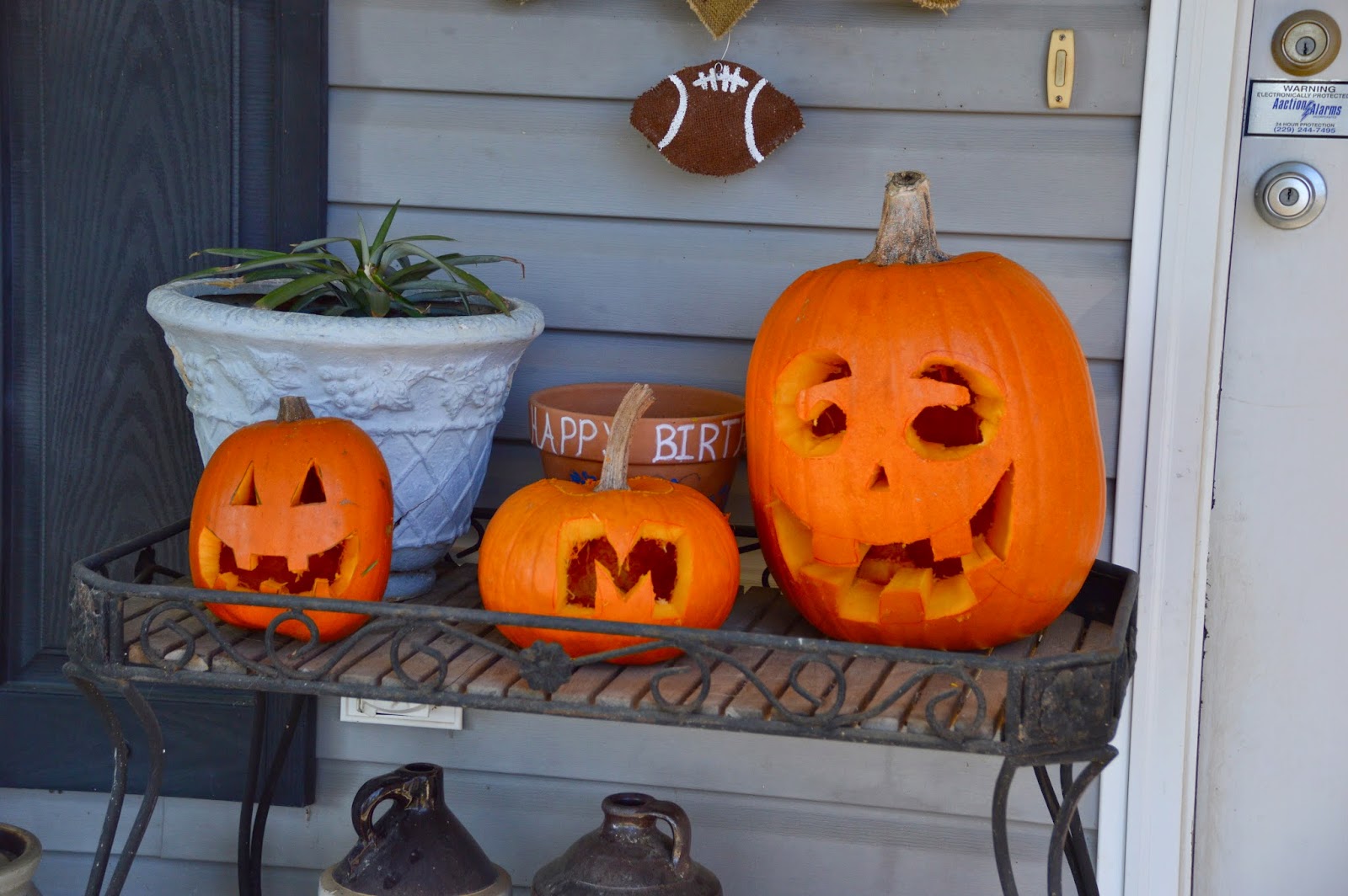 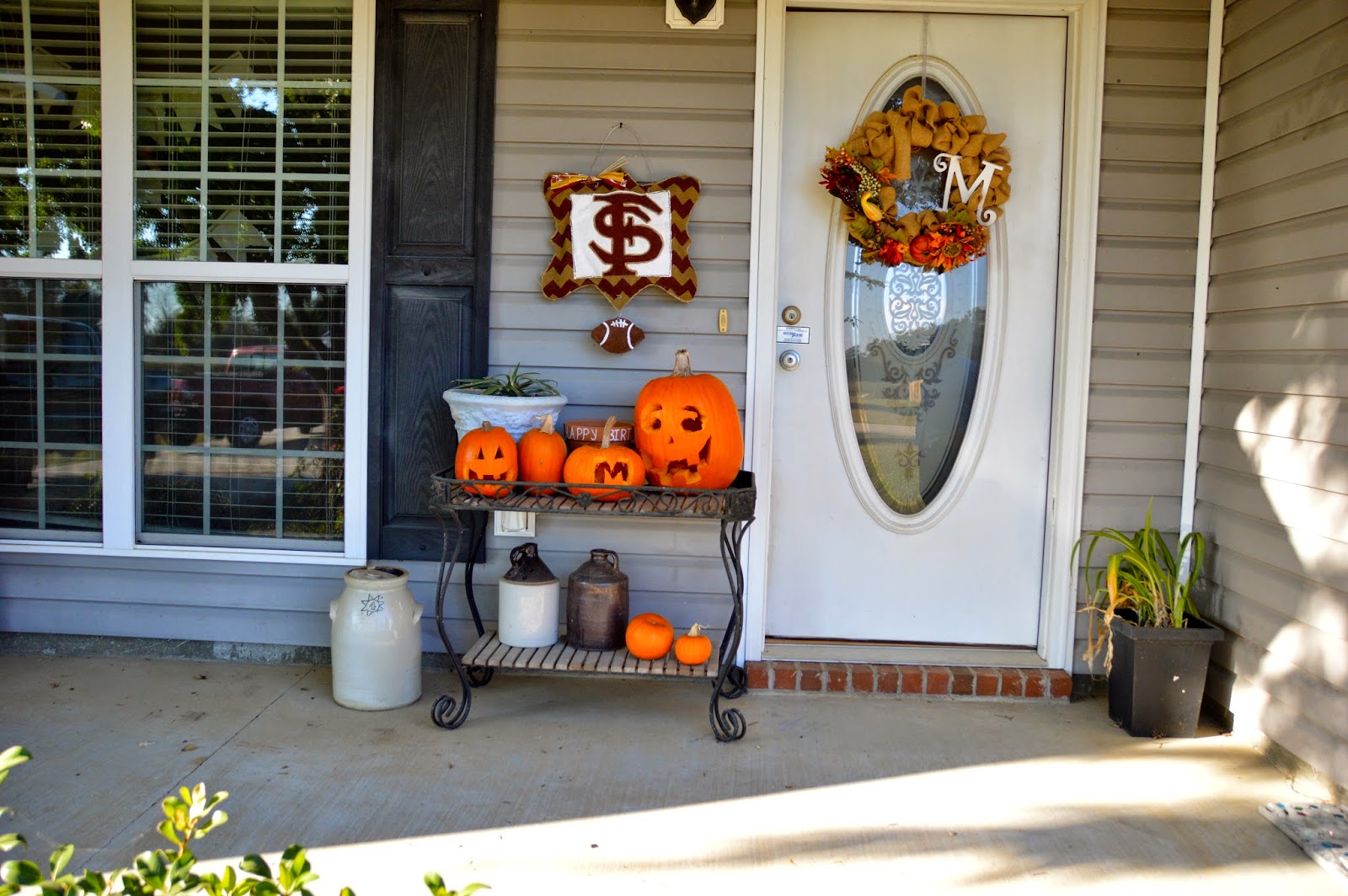 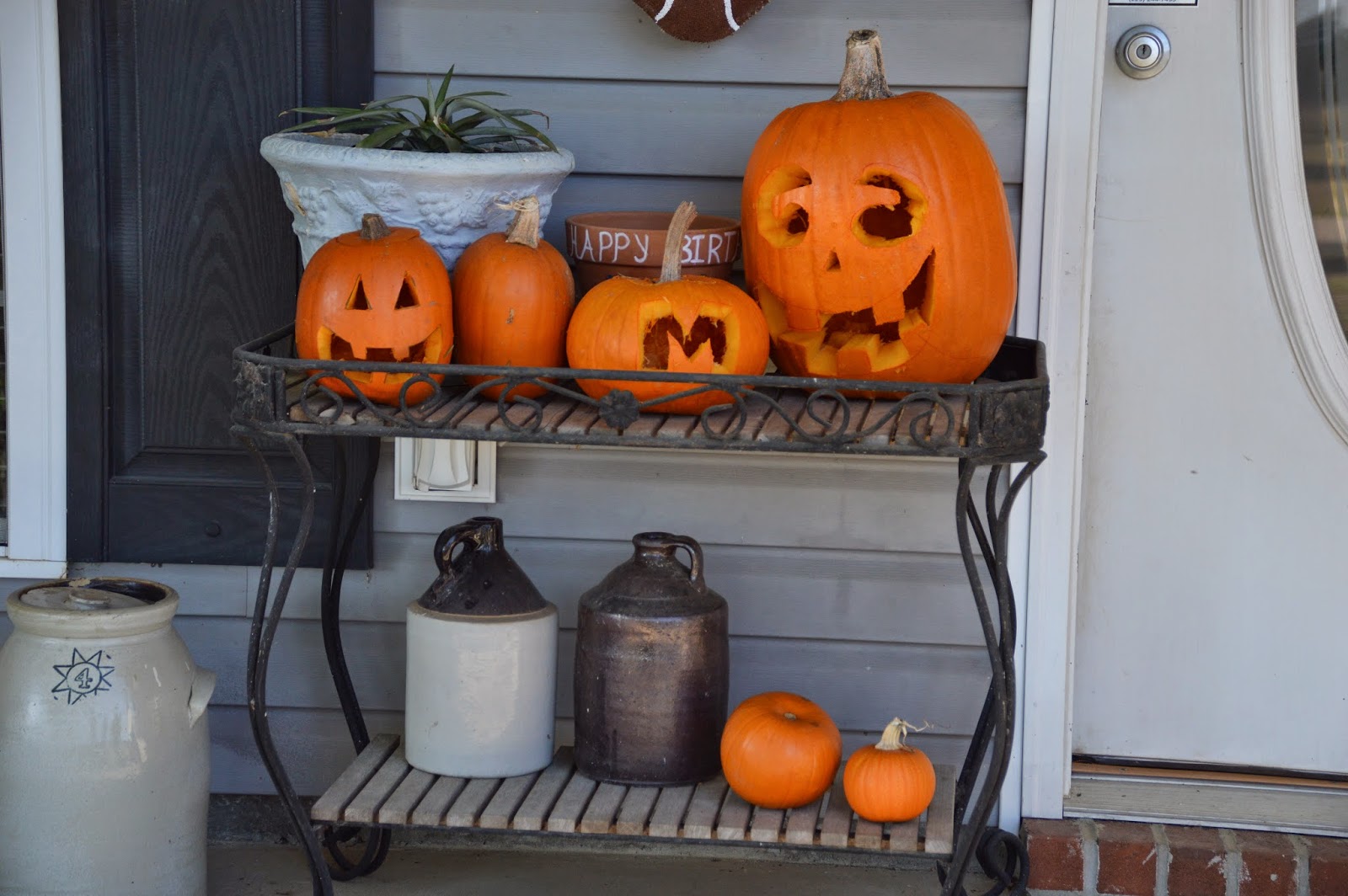 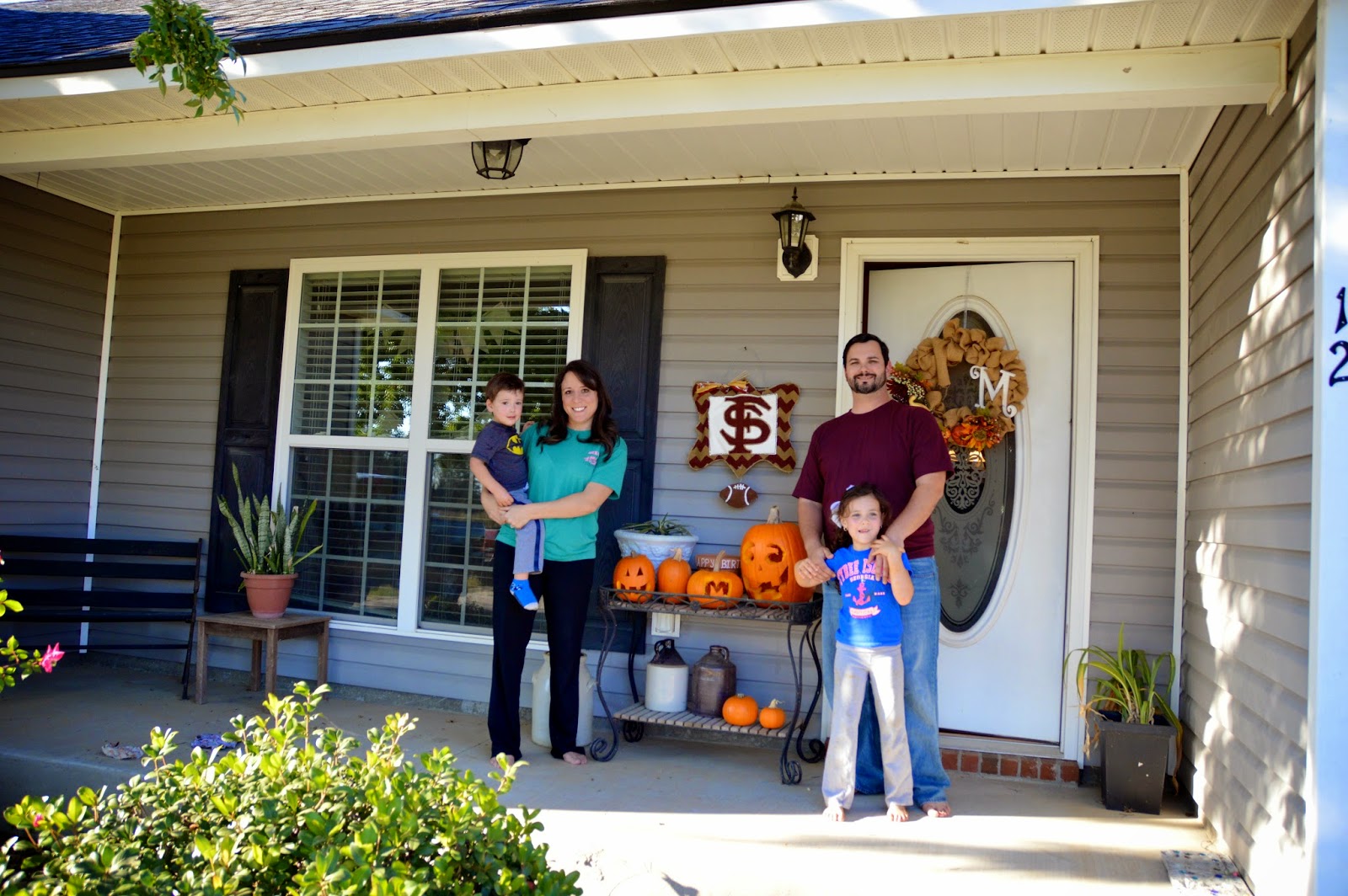 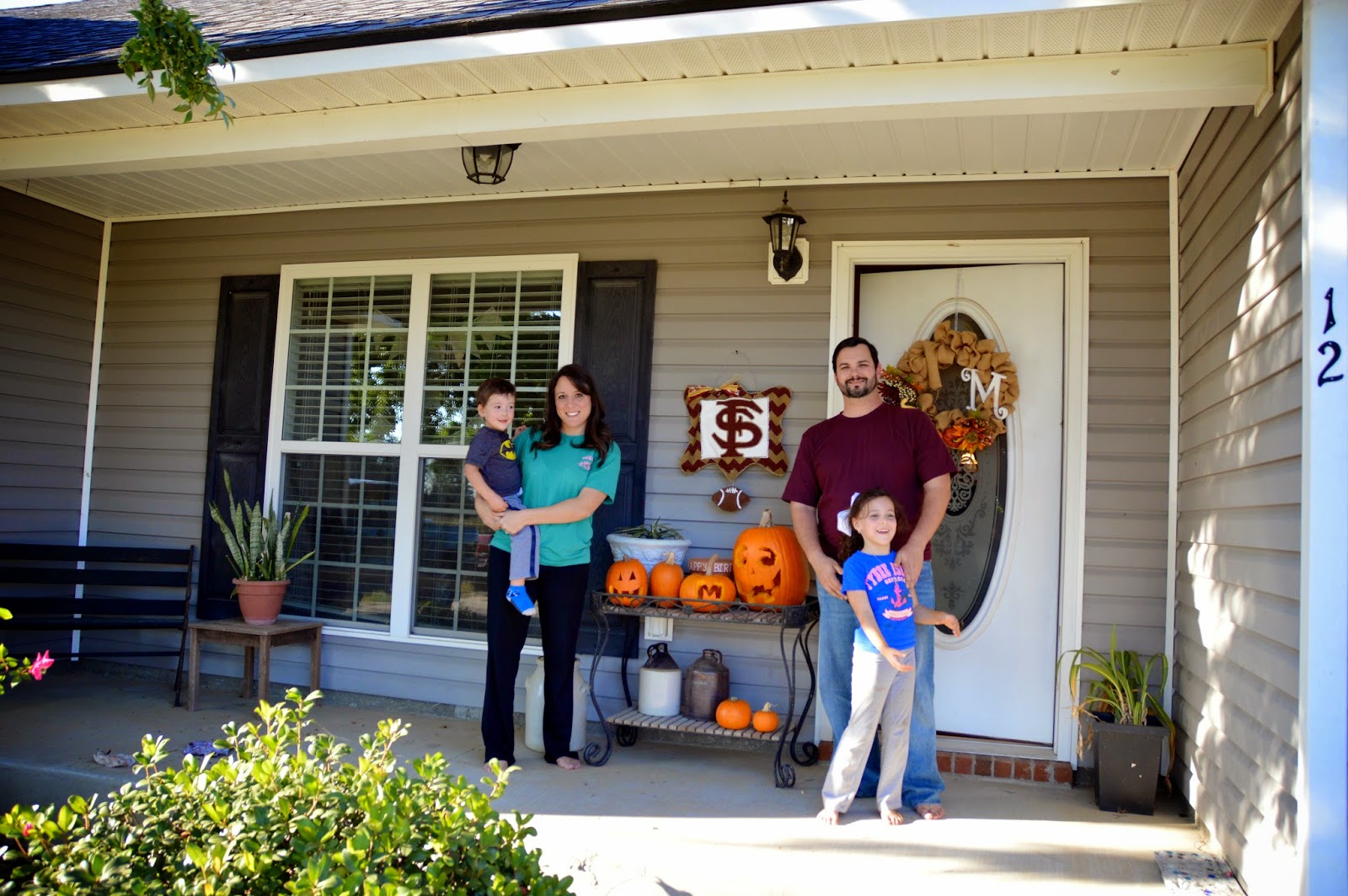 You can see our pumpkin carving from last year here!