We took LL to Wild Adventures for her first time around 22 months old.  I've been meaning to take Cooper for a while, but something has always just gotten in the way!  The Friday before Halloween, Grammy asked if we wanted to go the next day.  We actually had no plans, so we decided to go!  We napped at Grammy's house and then headed there as soon as Cooper woke up.  First up?  The tiger ride!  This has always been LL's favorite ride (and still is!) so of course we had to go there first.


Poor sheltered Cooper.  He has ever seen anything like this at all.  He did good just sitting and waiting, but he had no idea what was going on!  He's going to be in a huge shock in January when we go to Disney world! 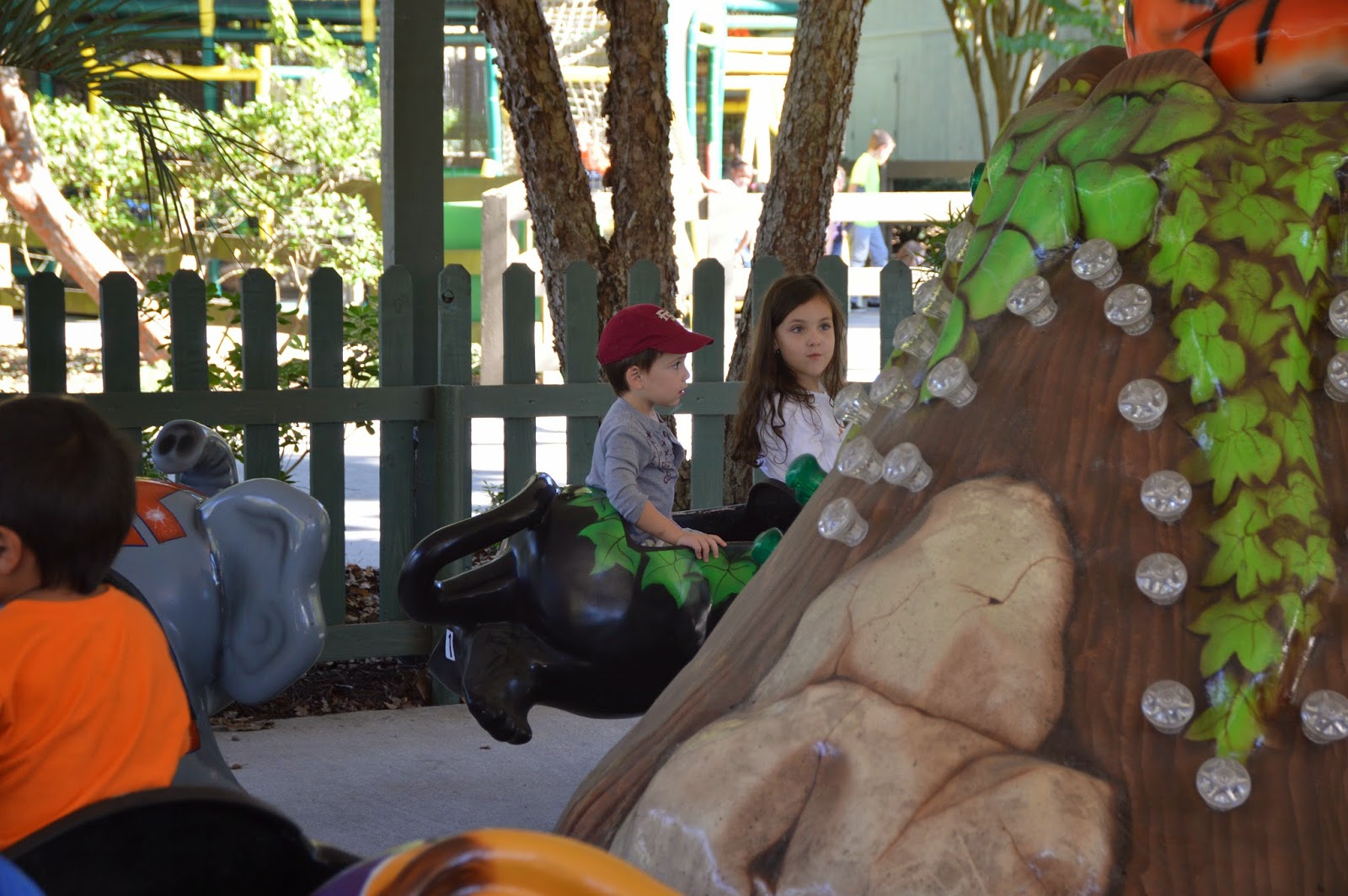 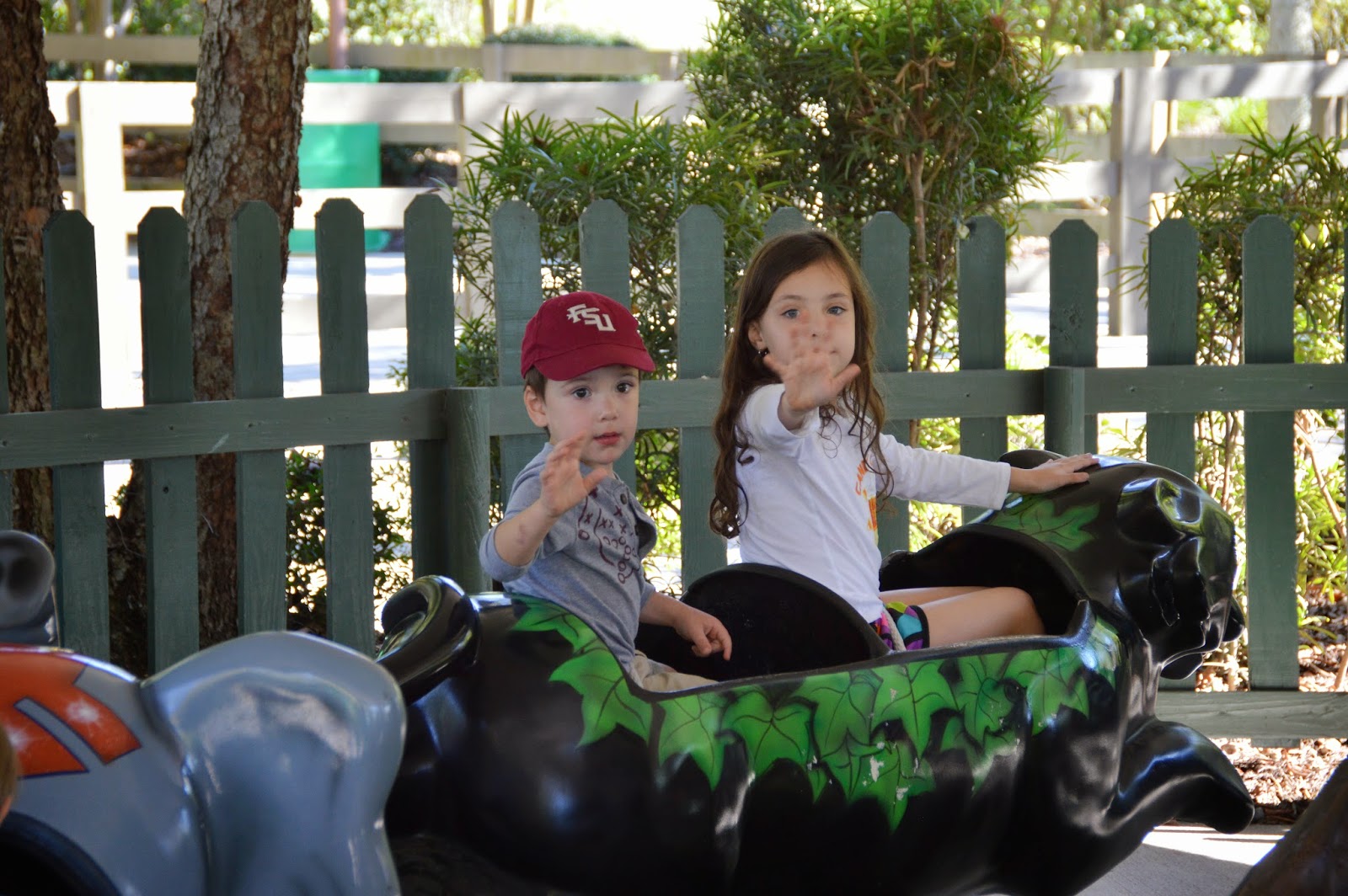 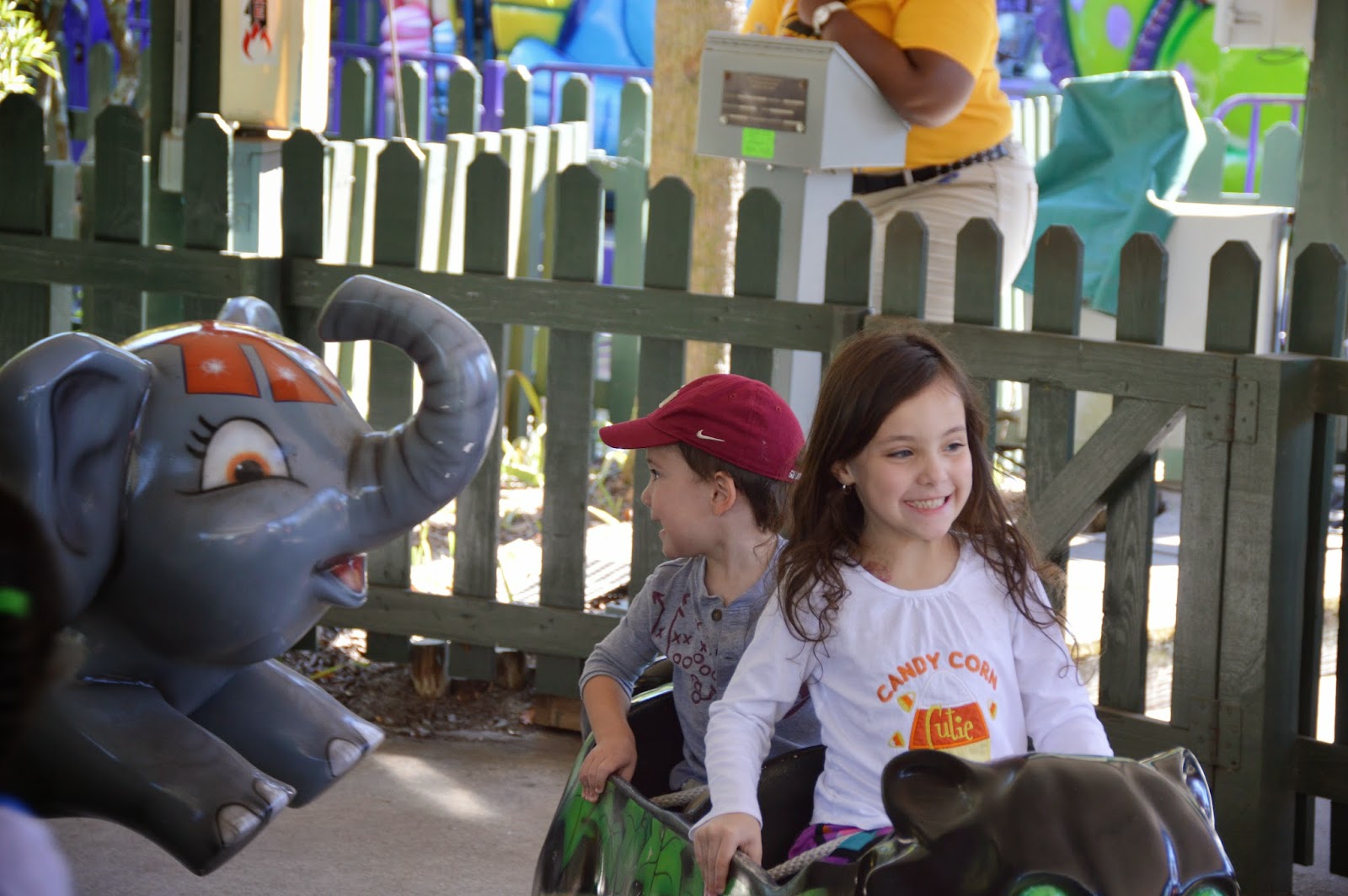 Next up we hit the train.  We knew this would be one of Cooper's favorites since he loves all things vehicle.  I looked over while they were waiting in line and saw this.  LL is such a good big sister - especially when she thinks no one is looking.  She really watches out for Cooper and is so nice to him.  I love these types of moments the most simply because she's not doing it for show.  She didn't even know anyone was watching. 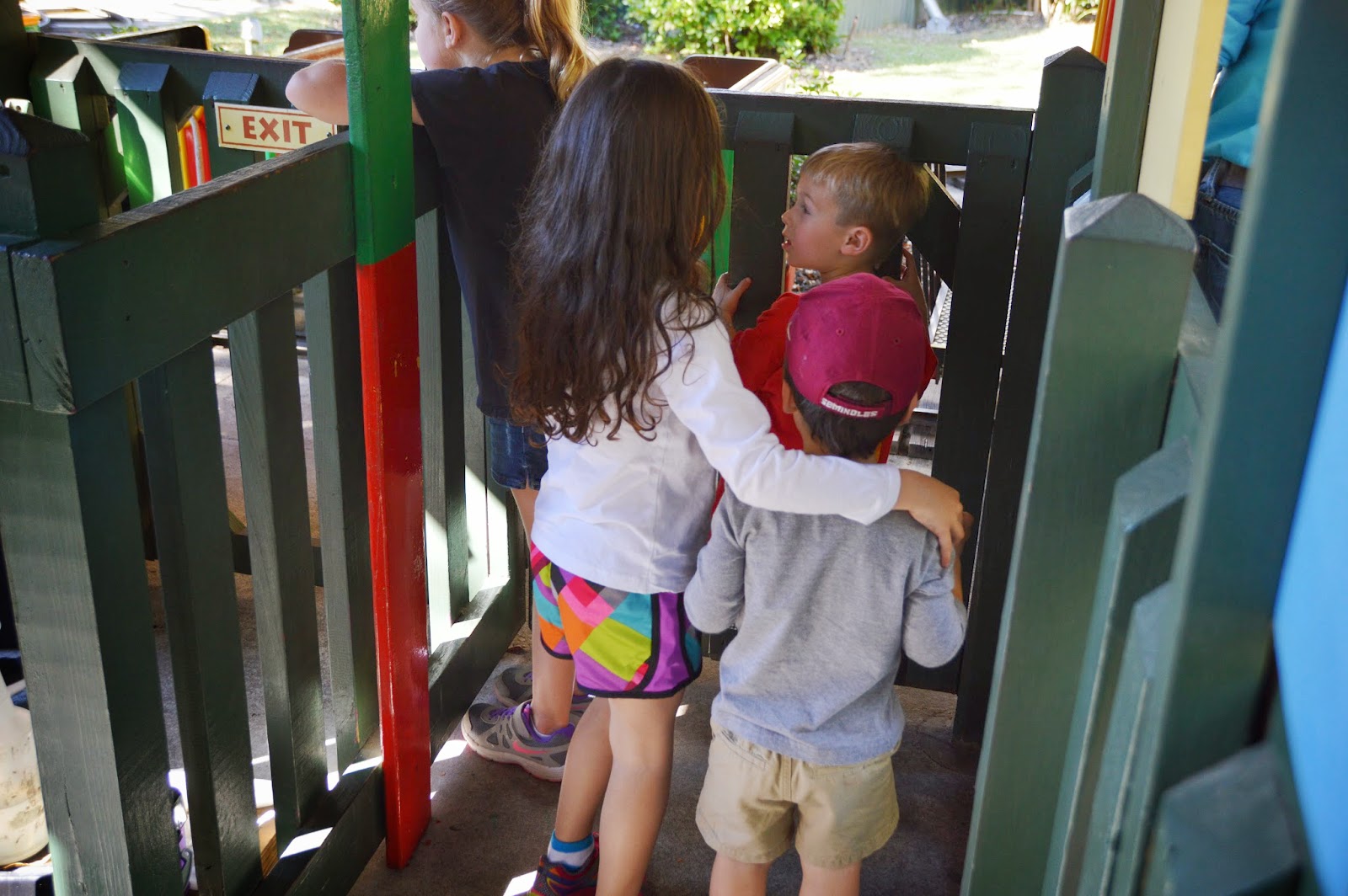 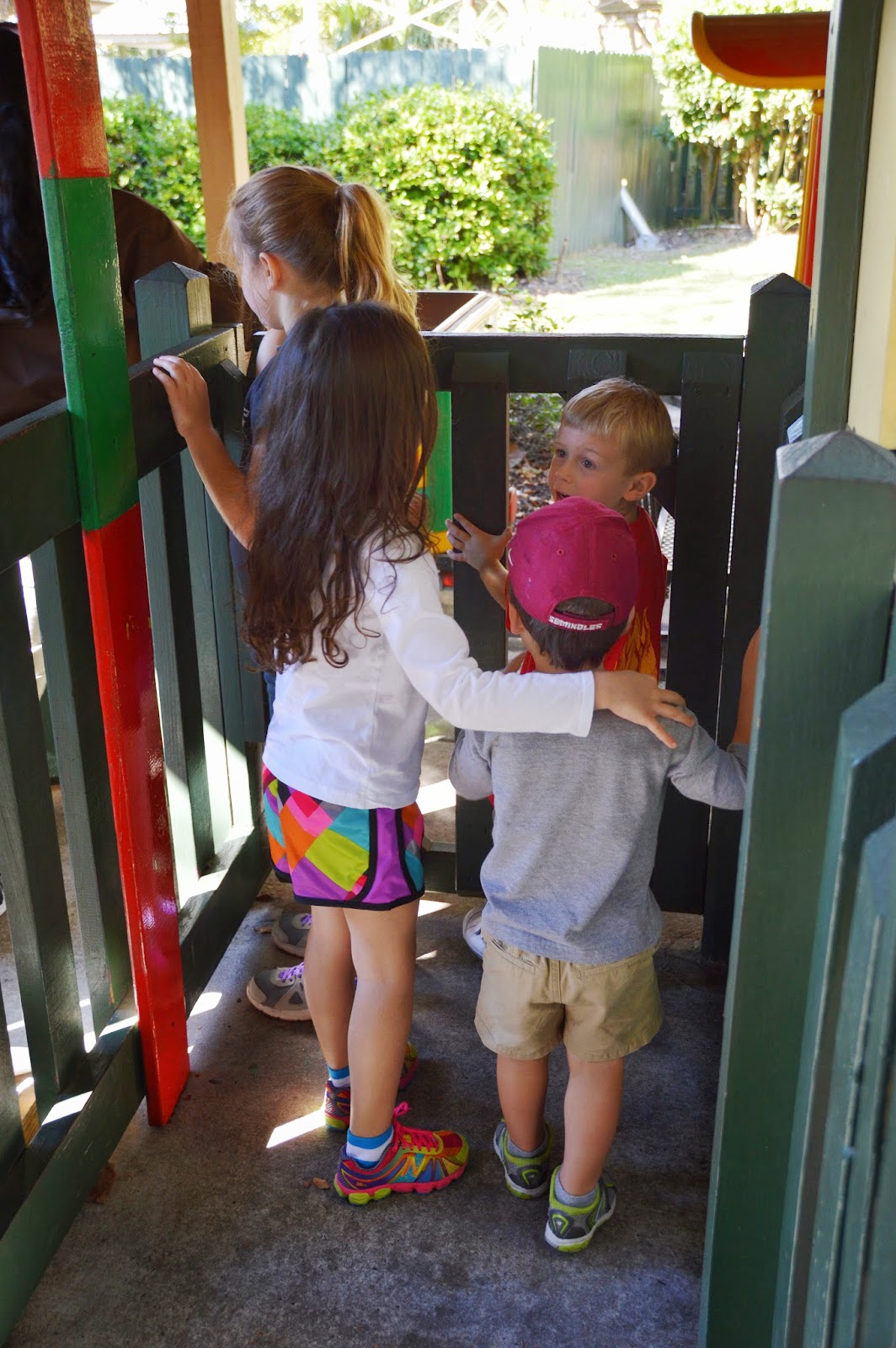 Cooper was too busy looking around to care about looking at me for a picture - haha. 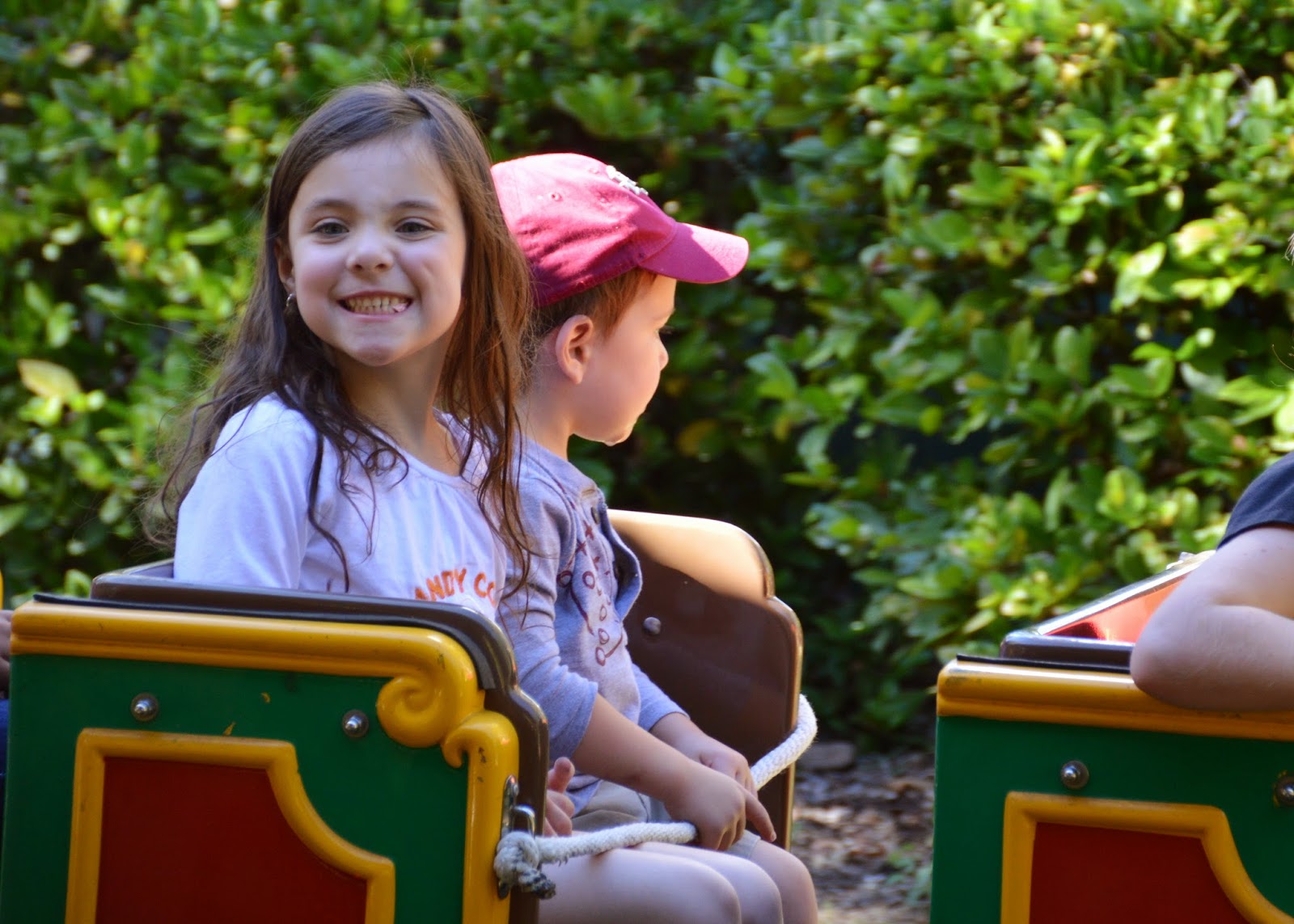 Next, we went to the bird atrium to feed the birds.  We only saw some birds at the beginning for just a minute.  The rest of them were up high and wouldn't come down to eat! 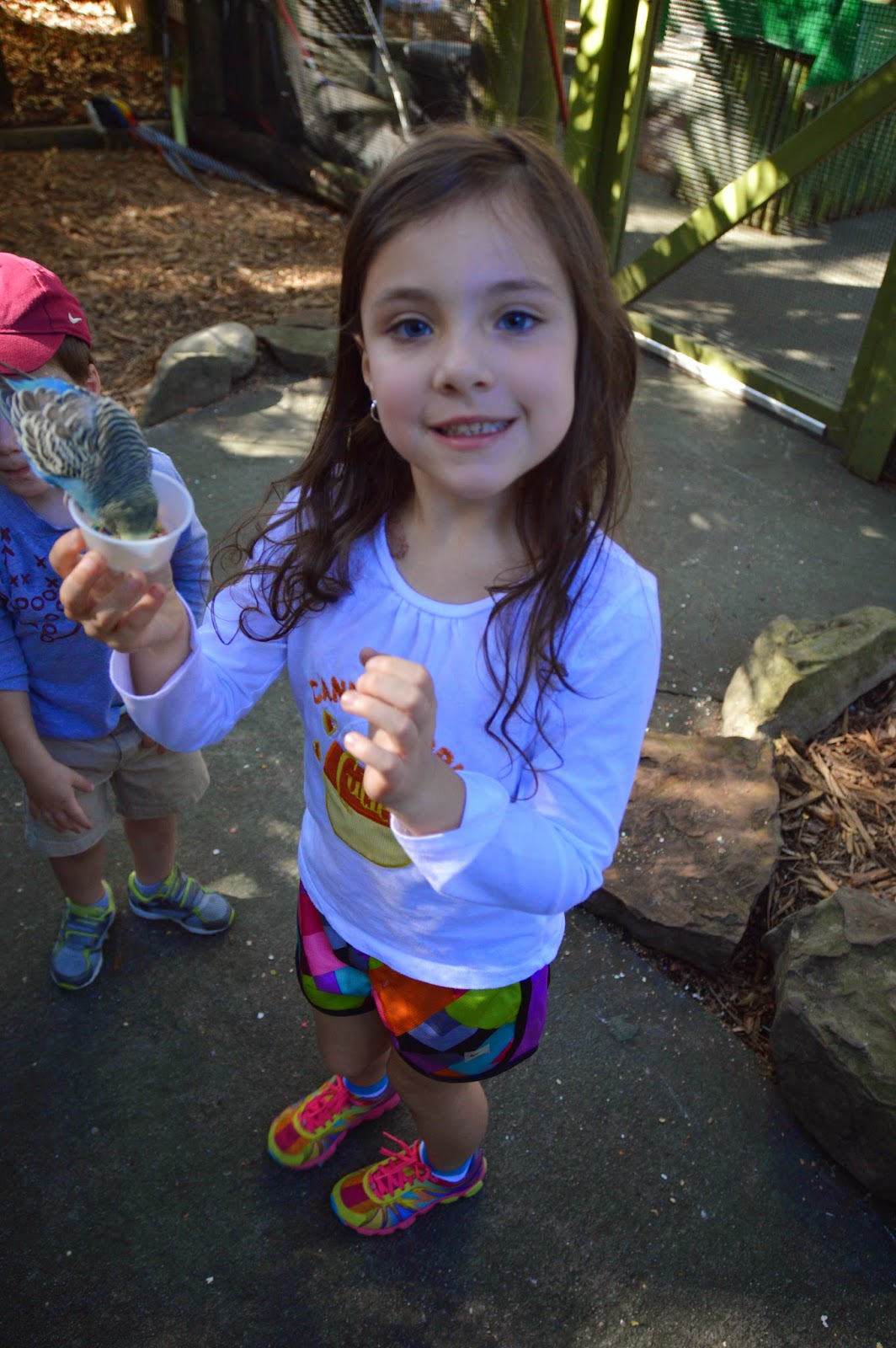 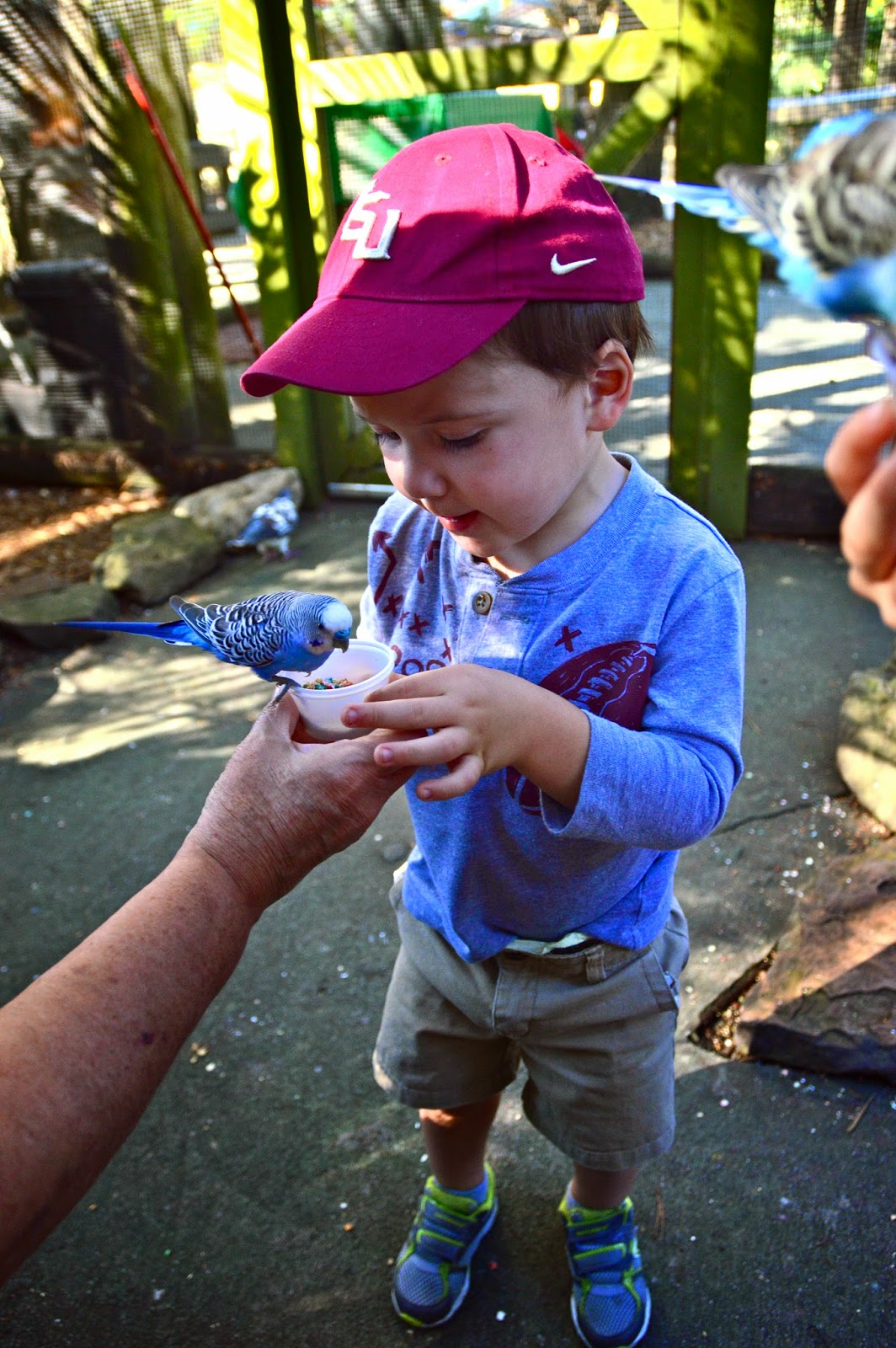 Next up was the real safari train.  Cooper was so stinkin' excited!  He loved it! 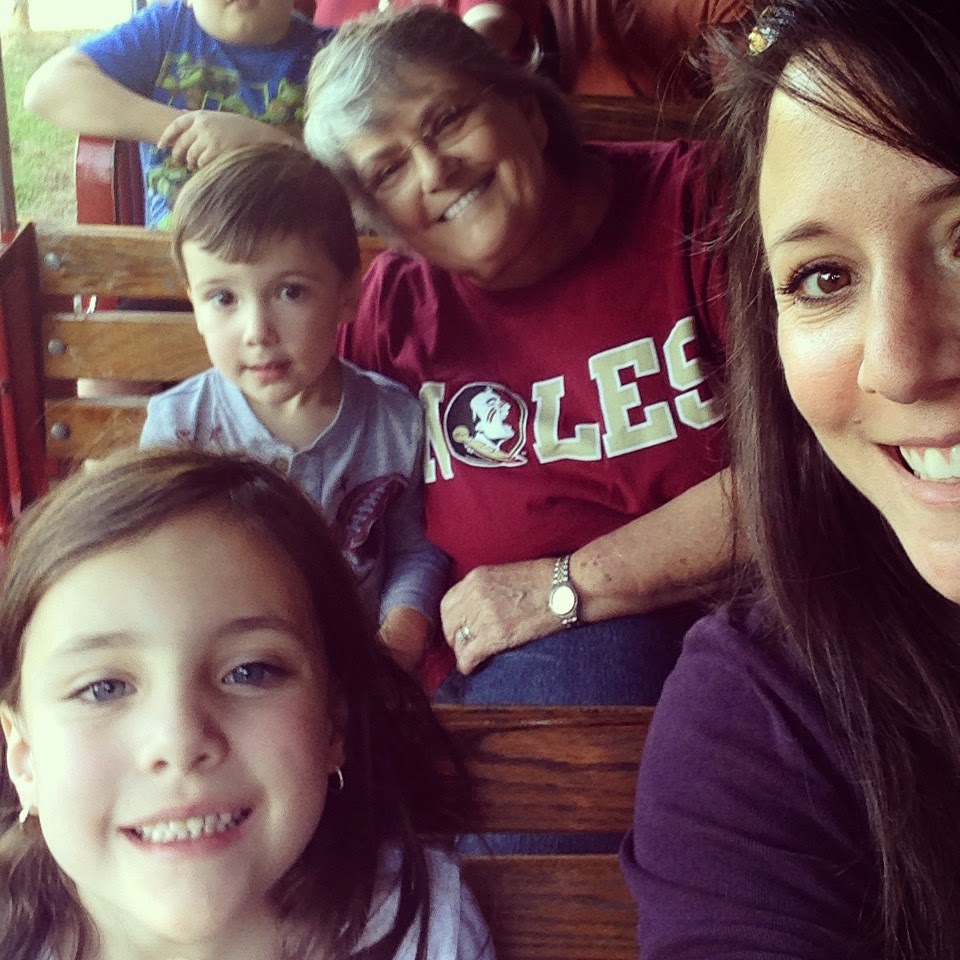 My attempts at the cut out pictures: 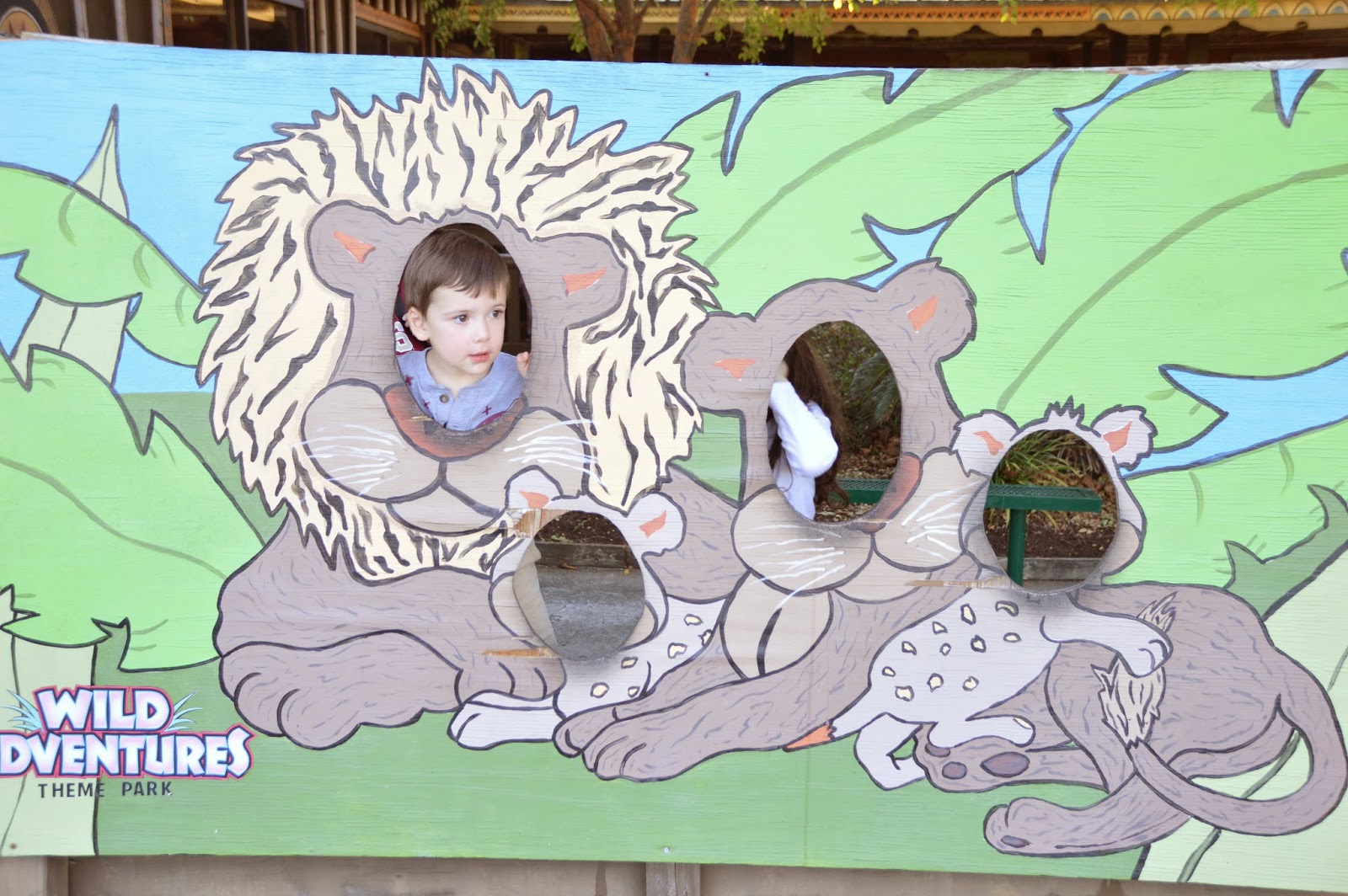 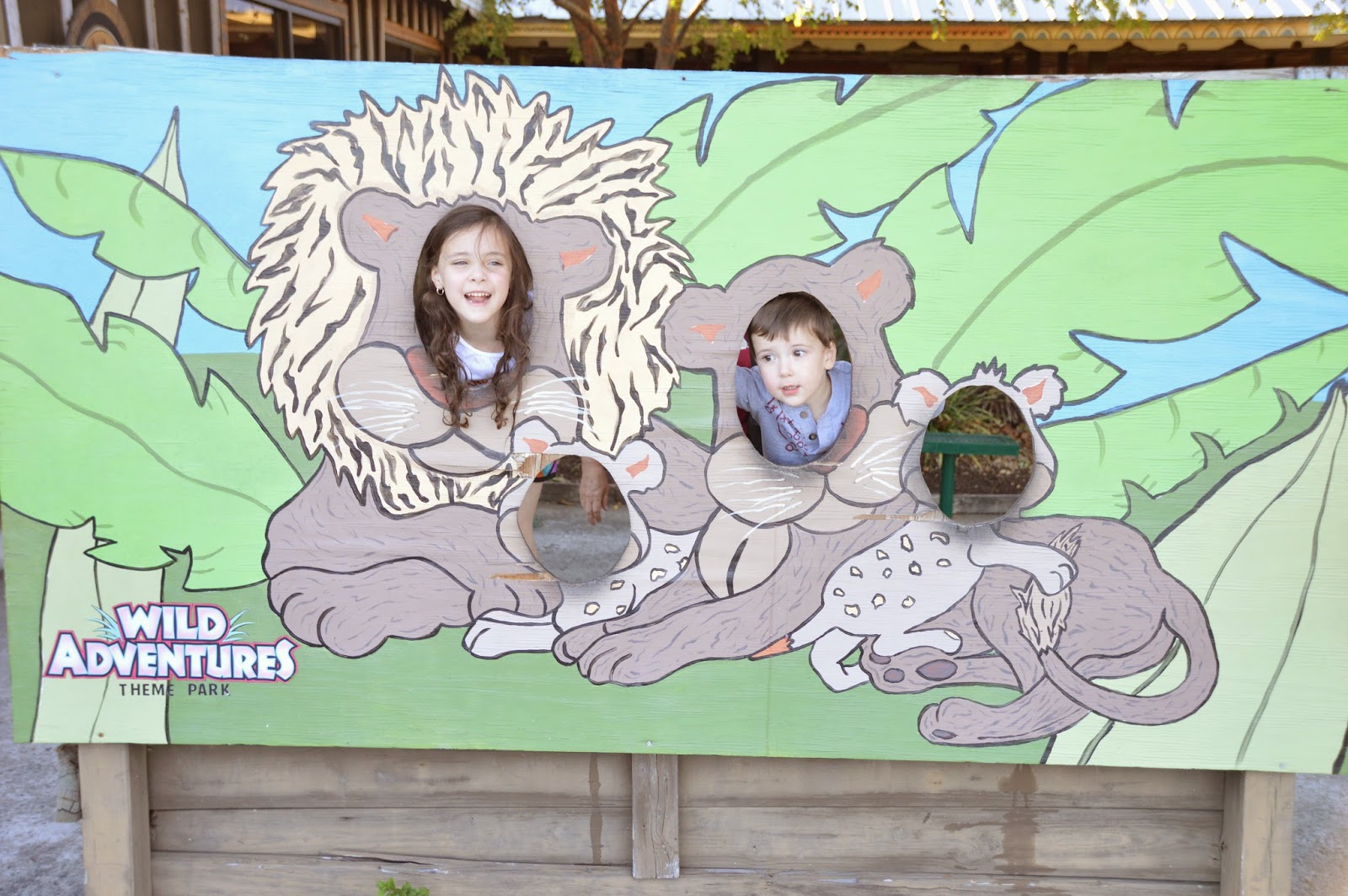 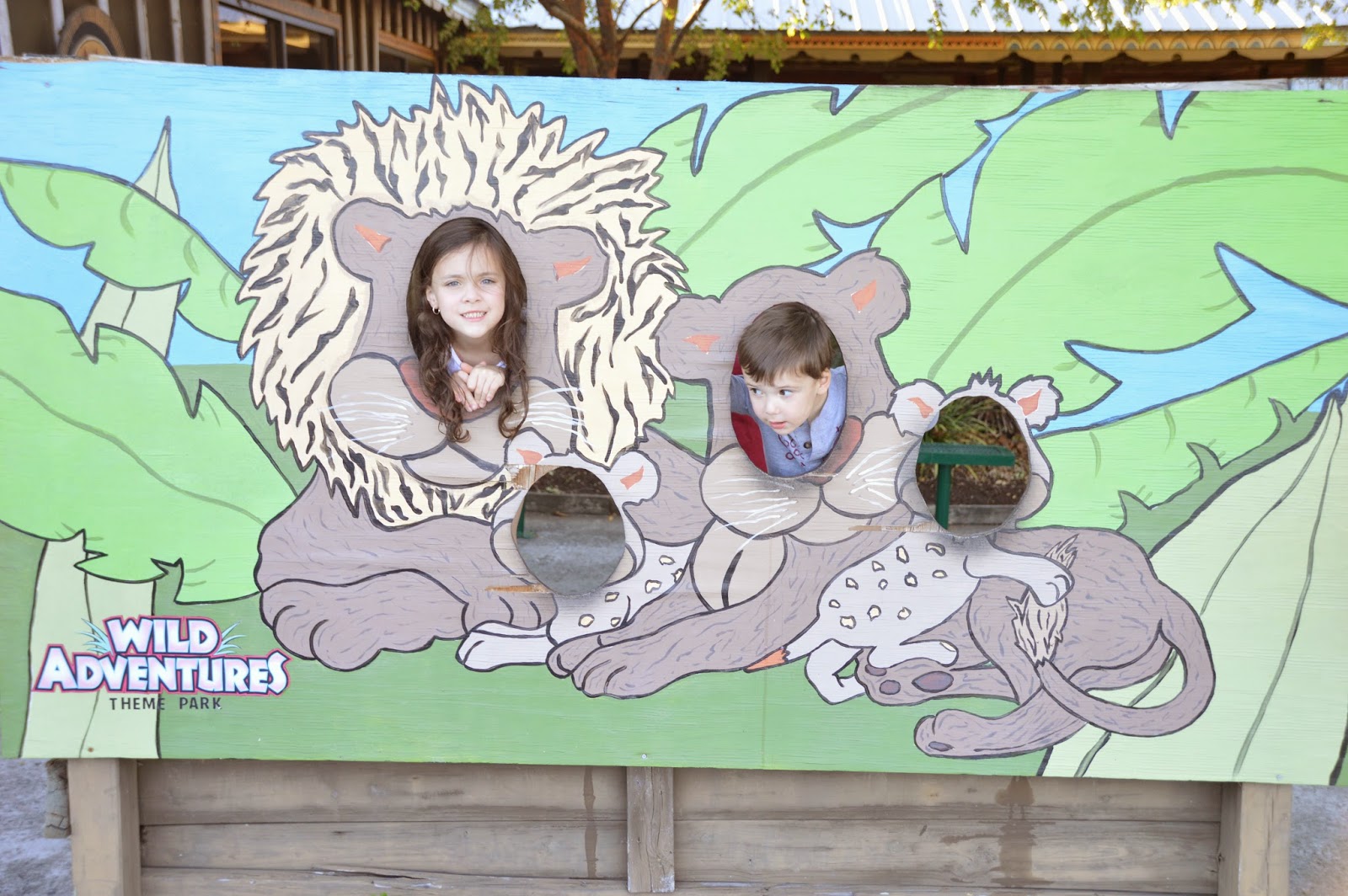 We left after riding the safari train.  They were starting the adult Halloween activities at 6:00, so we for sure didn't want to be around when the scary stuff started!  We have season passes for 2015, so I'm sure Cooper will be seeing lots more of Wild Adventures.  This makes me even more excited for our upcoming Disney trip!