After we went to the Azalea Festival, we headed back to Gigi's for Cooper to nap.  We let LL skip a nap to spend time with Ben since they don't see each other very often.  Ben mentioned to Matt that he wanted him to take him fishing some time, and we had no plans while Cooper napped, so we loaded up to go! 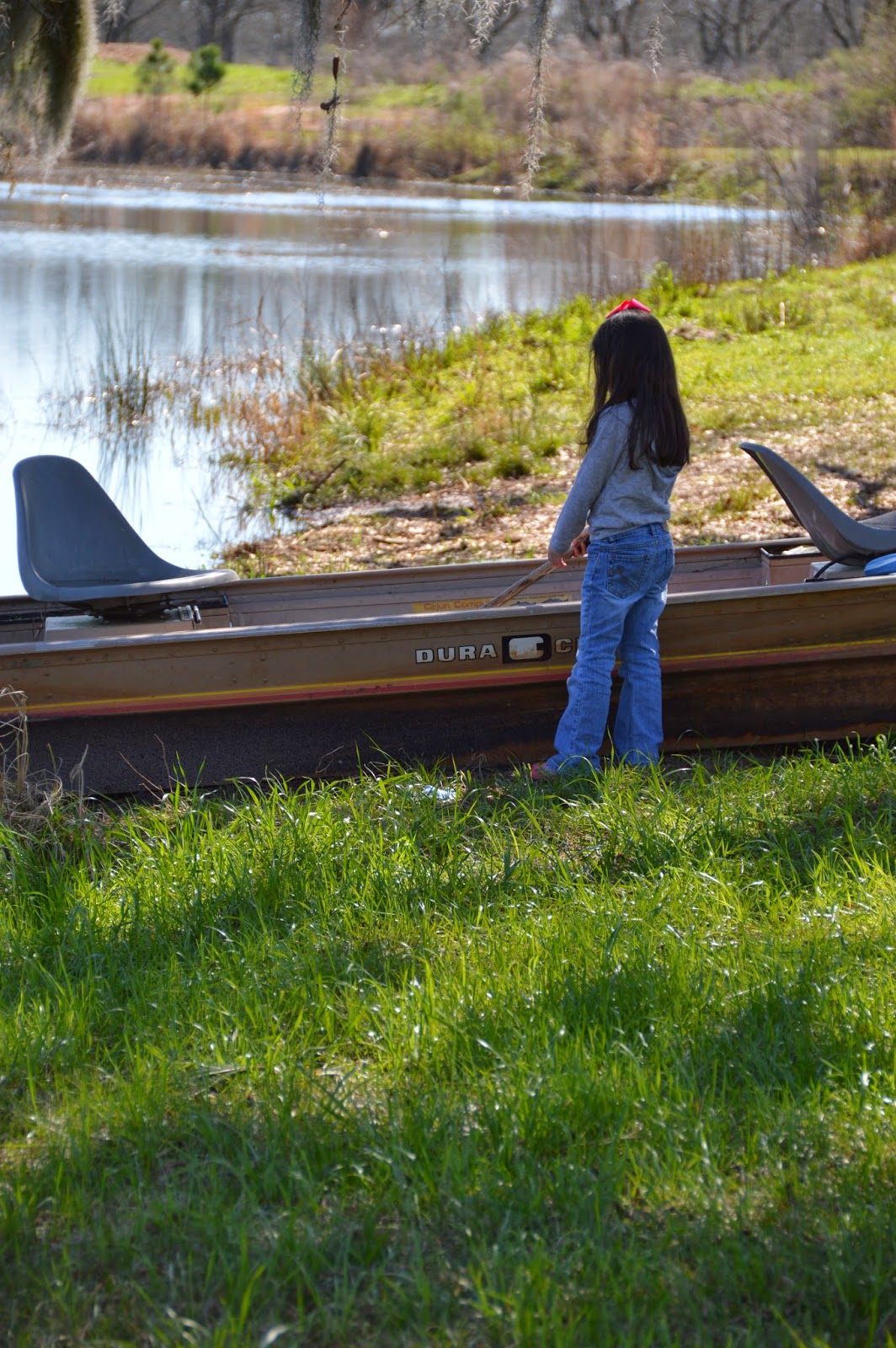 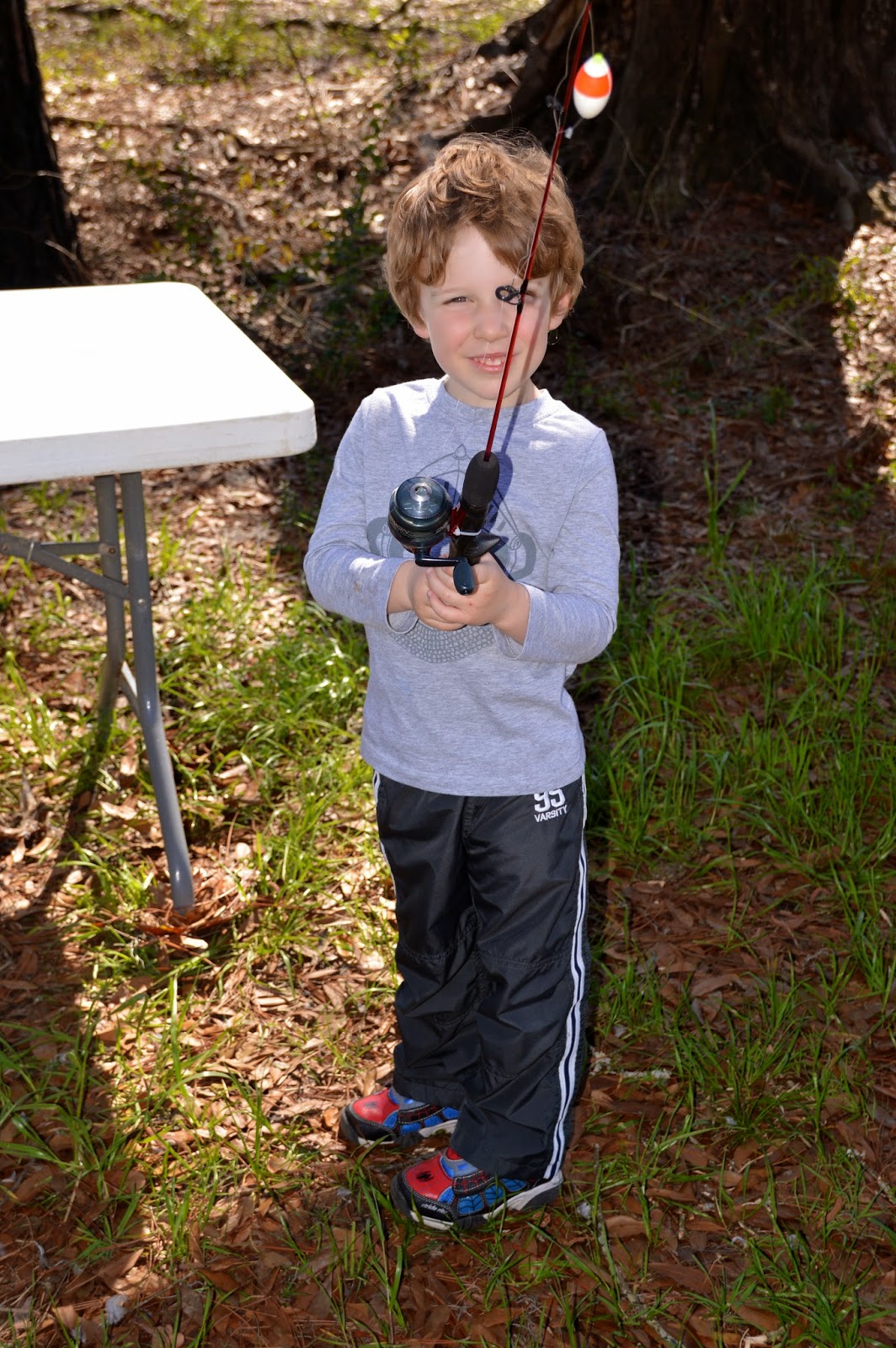 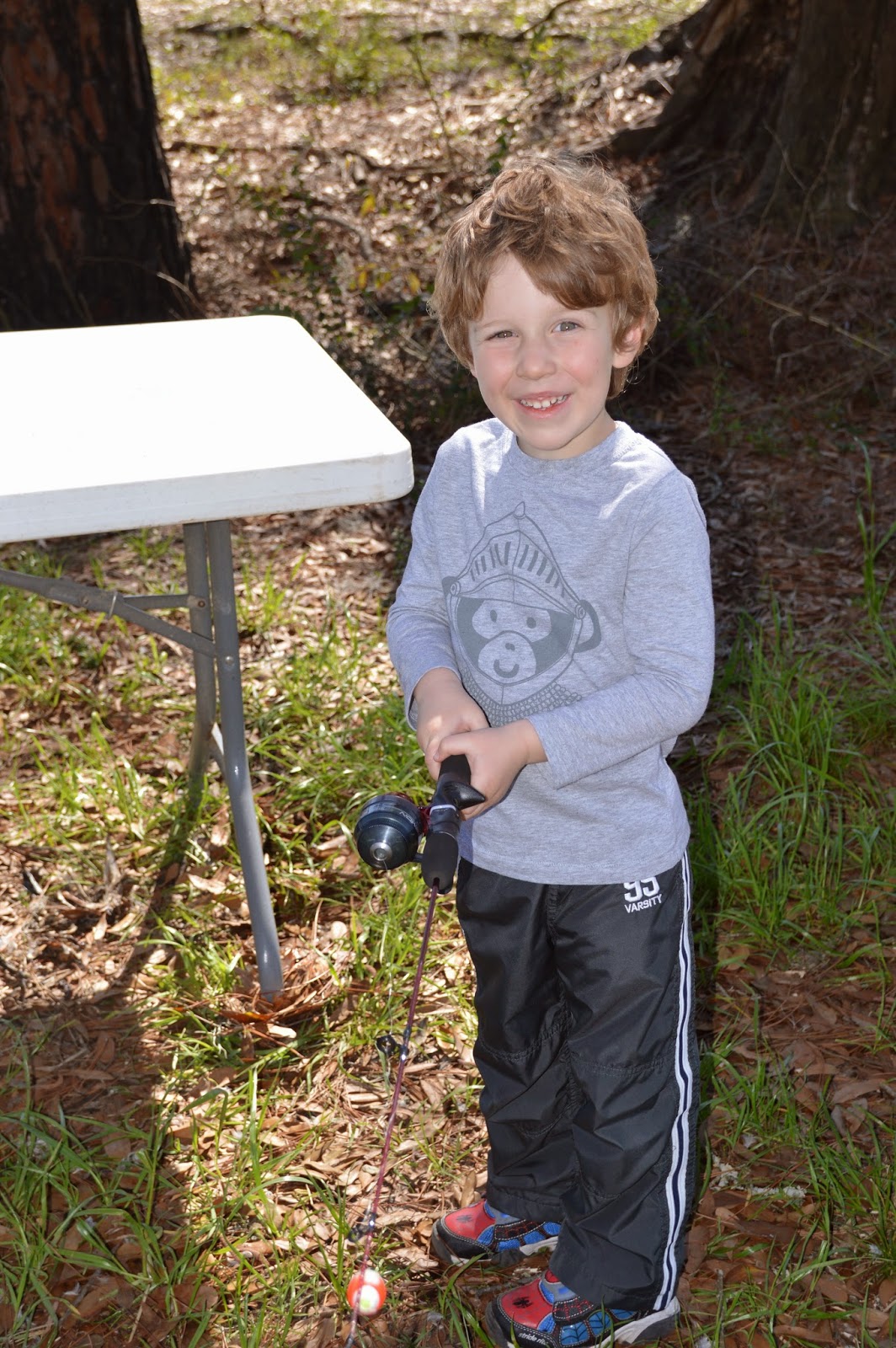 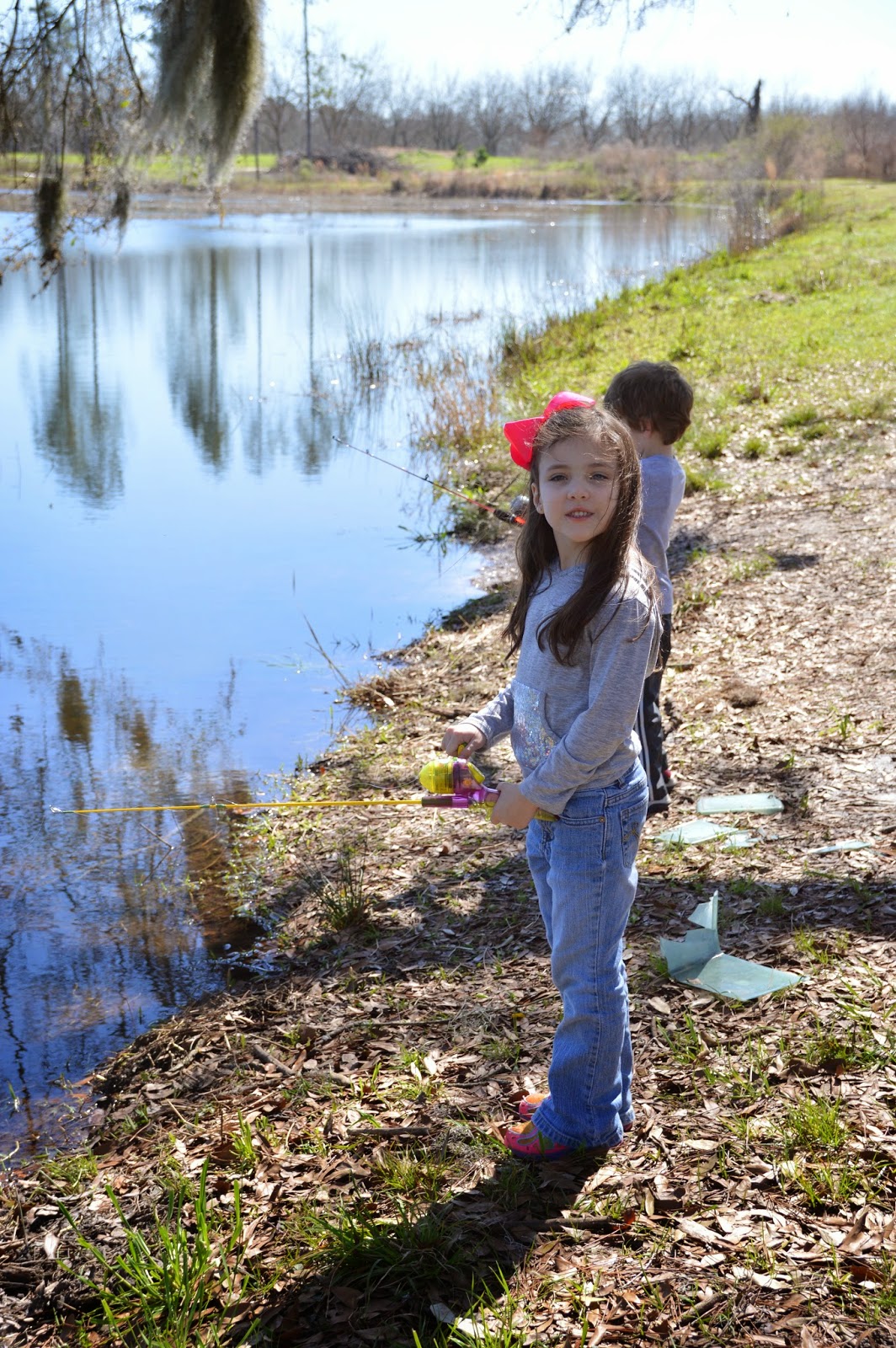 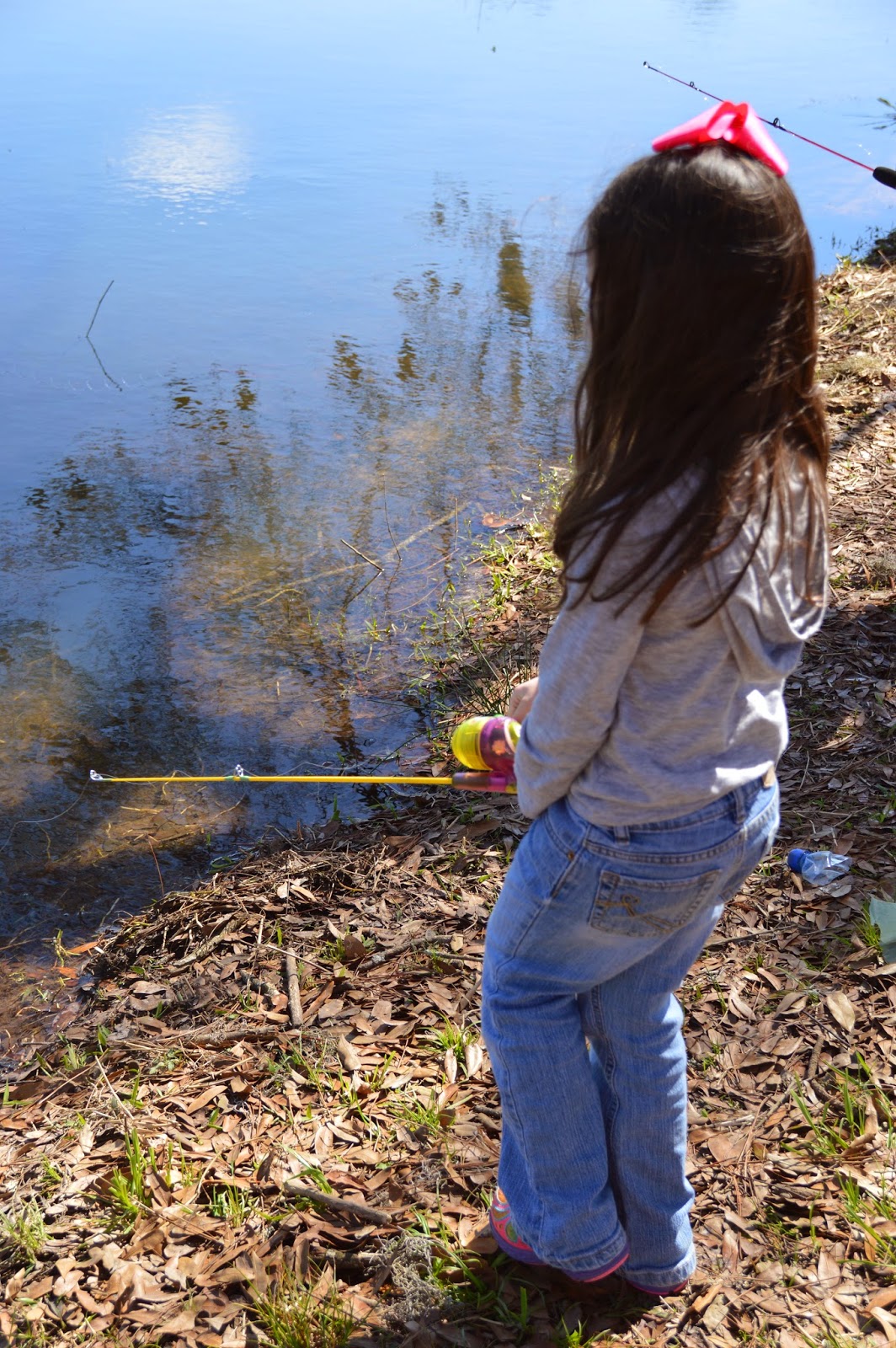 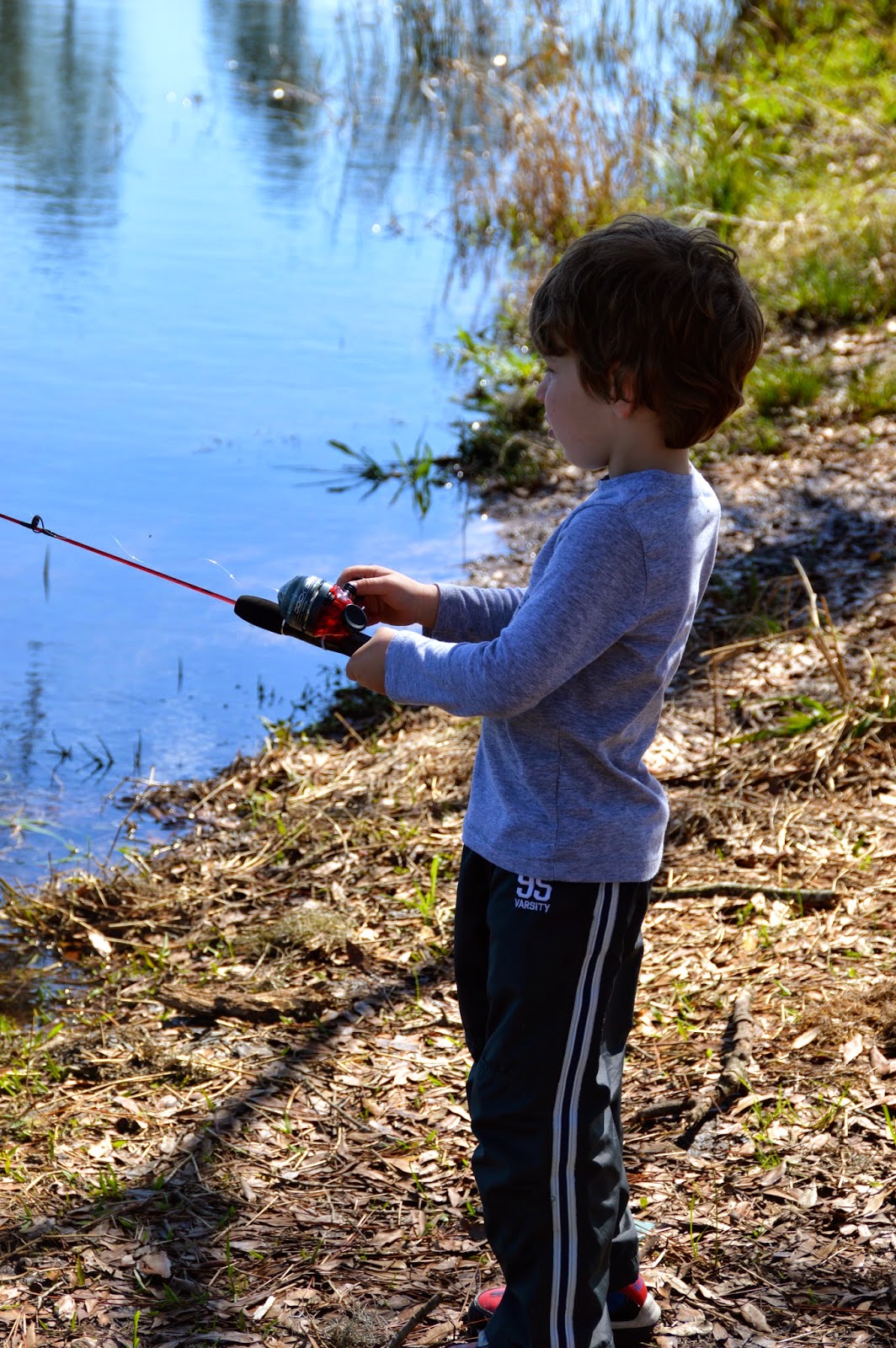 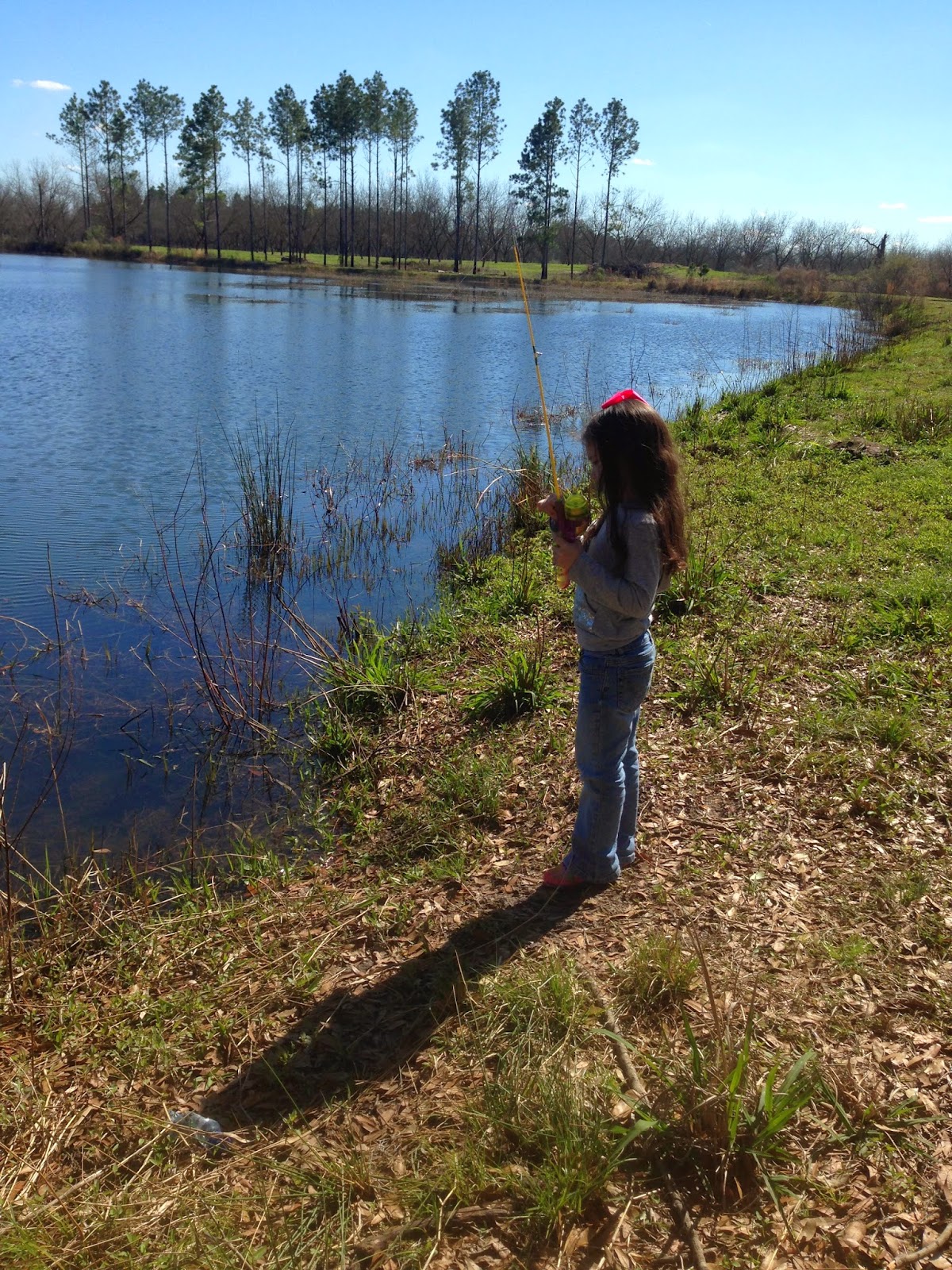 The kids were not catching anything (and neither was Daddy), so we headed to another pond to see if it would be better.  Laura and I decided to just ride in the back together on the way there. 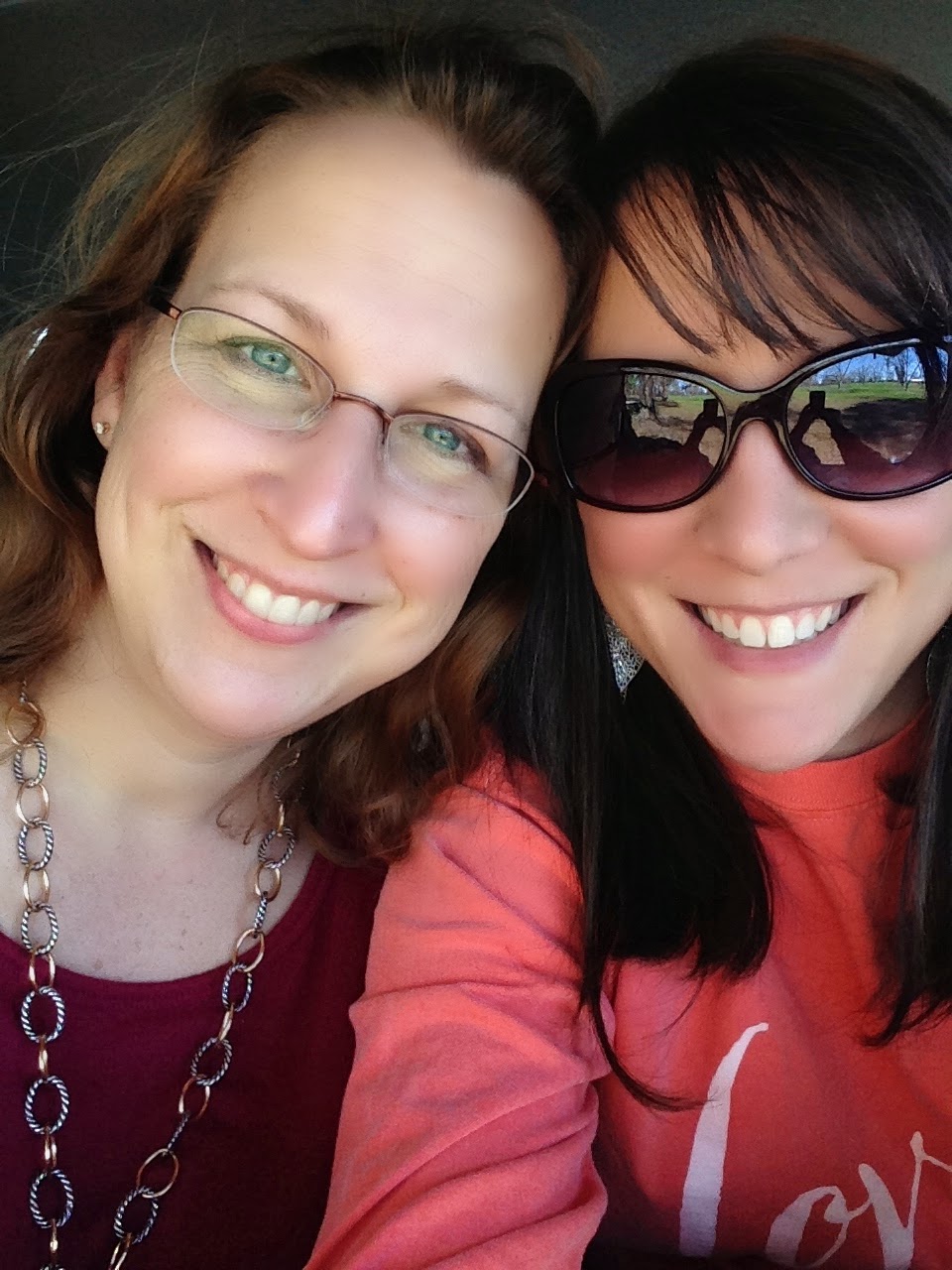 Trying out pond #2…and still not catching anything! 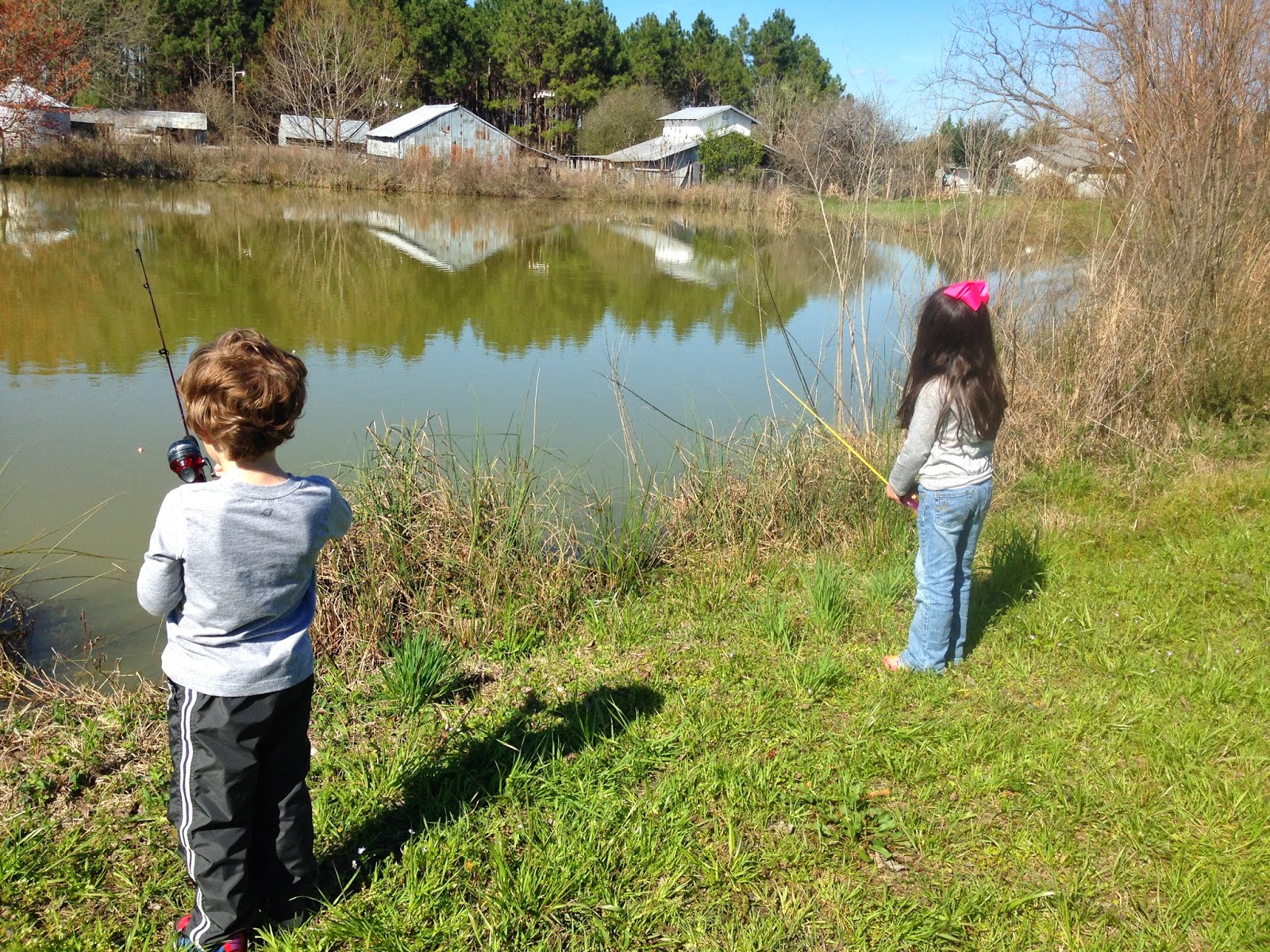 What do you do when you have a short attention span and you aren't catching fish?  Play with the worms, of course! 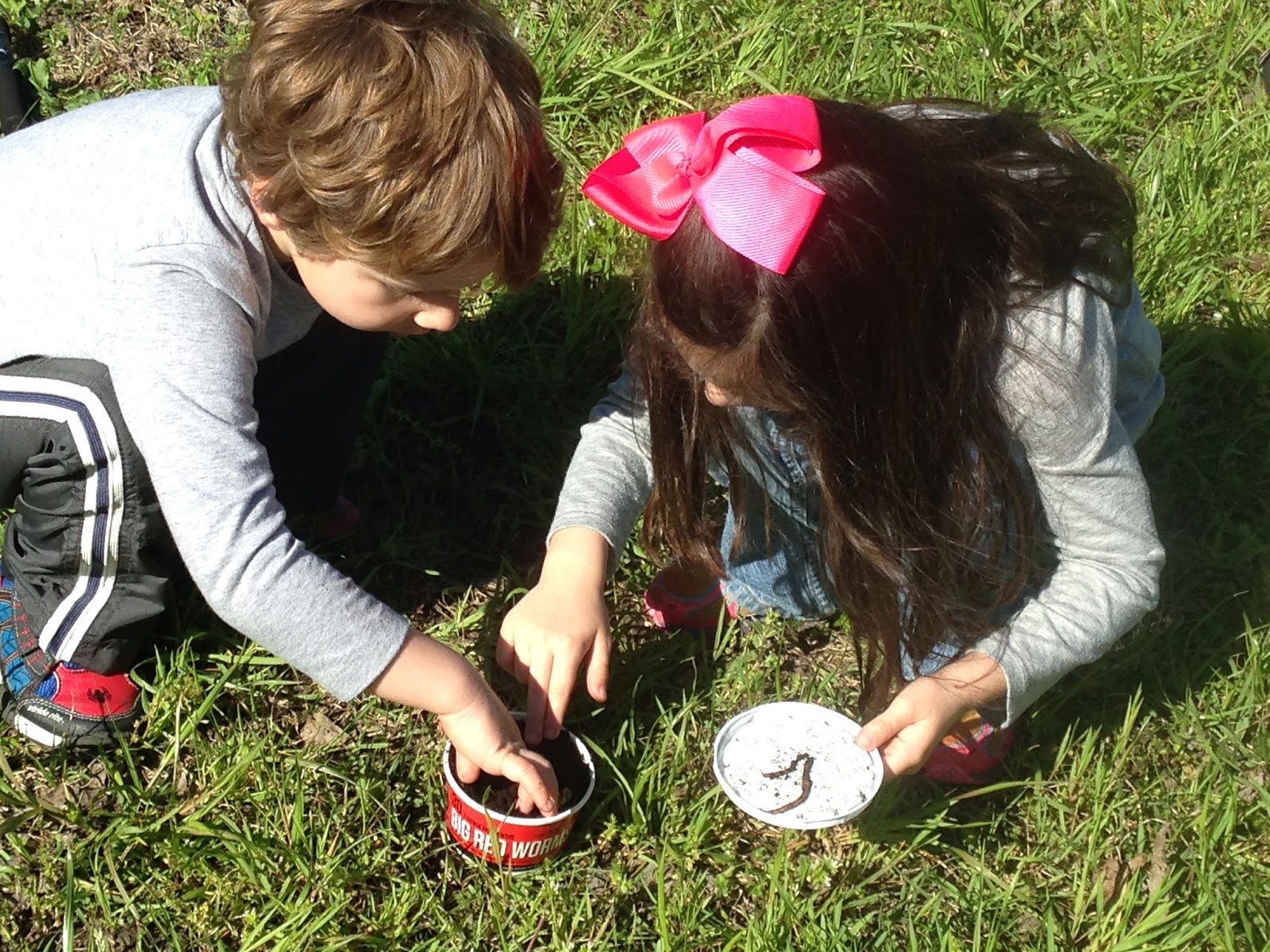 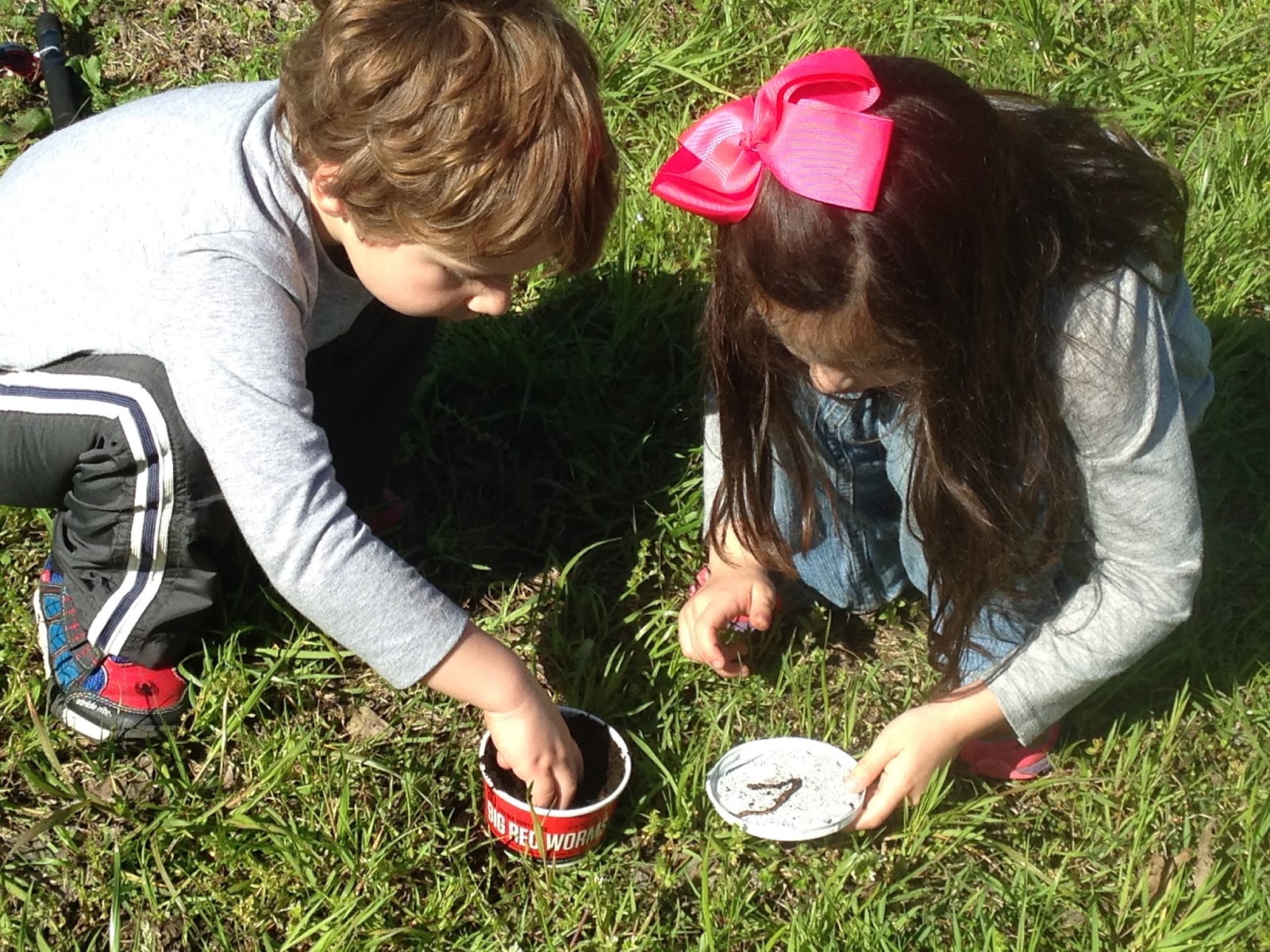 There's nothing more manly than a Tinkerbelle fishing pole.  :)  And there's no sweeter of a Daddy that one willing to use it to keep trying to catch a fish for the kids. 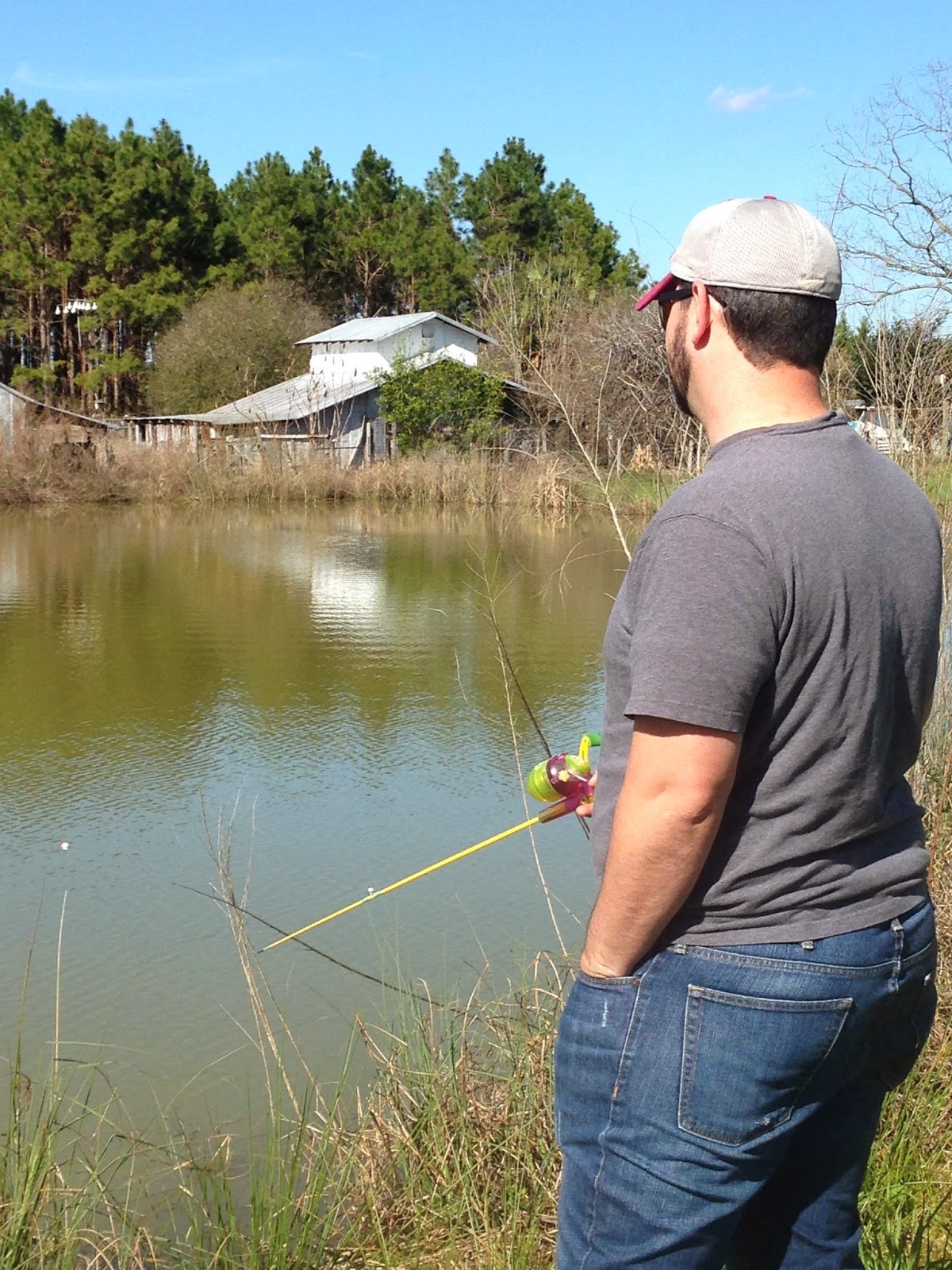 Even though we never ended up catching a fish, these two had a blast spending some time together! 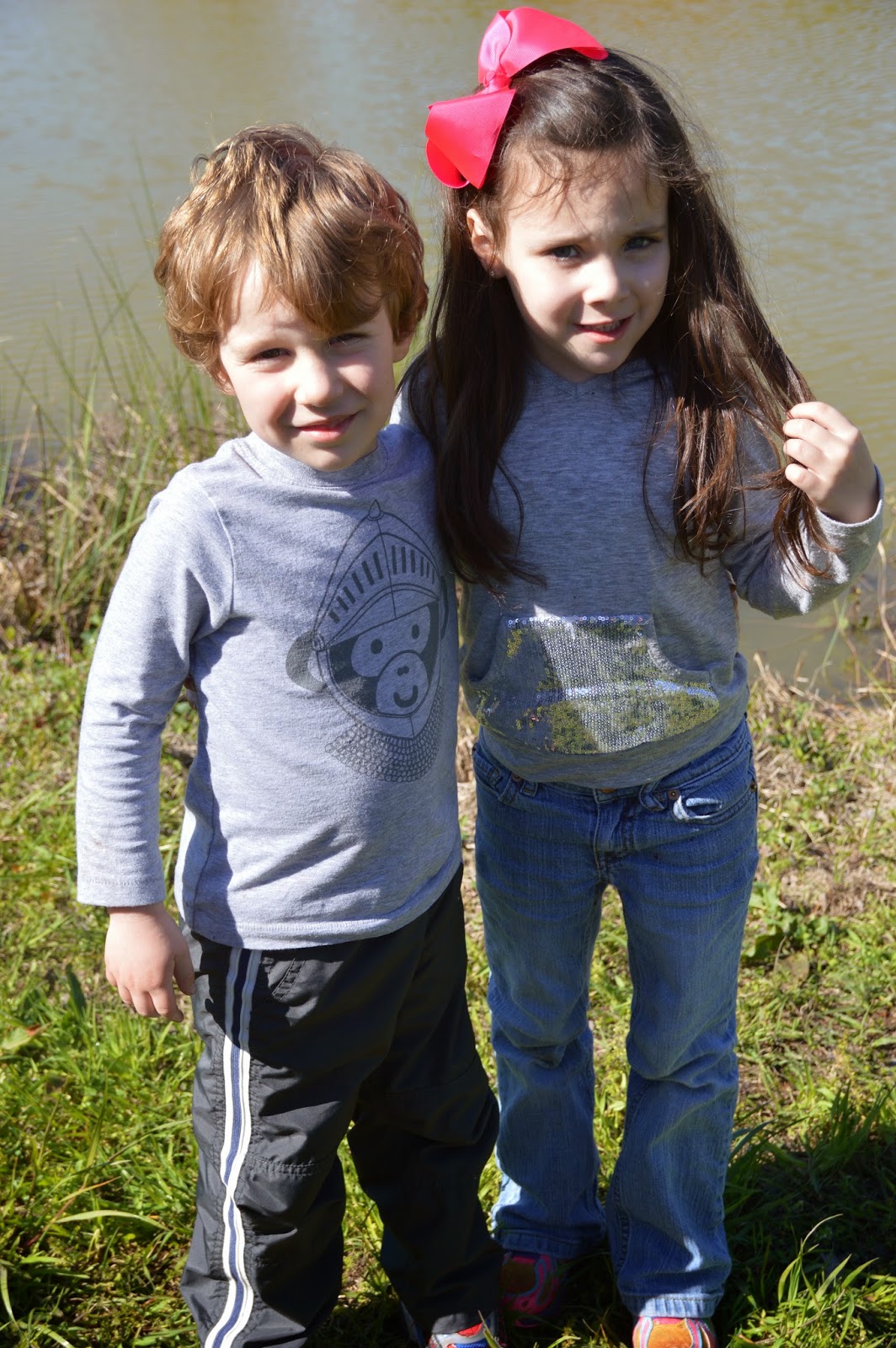 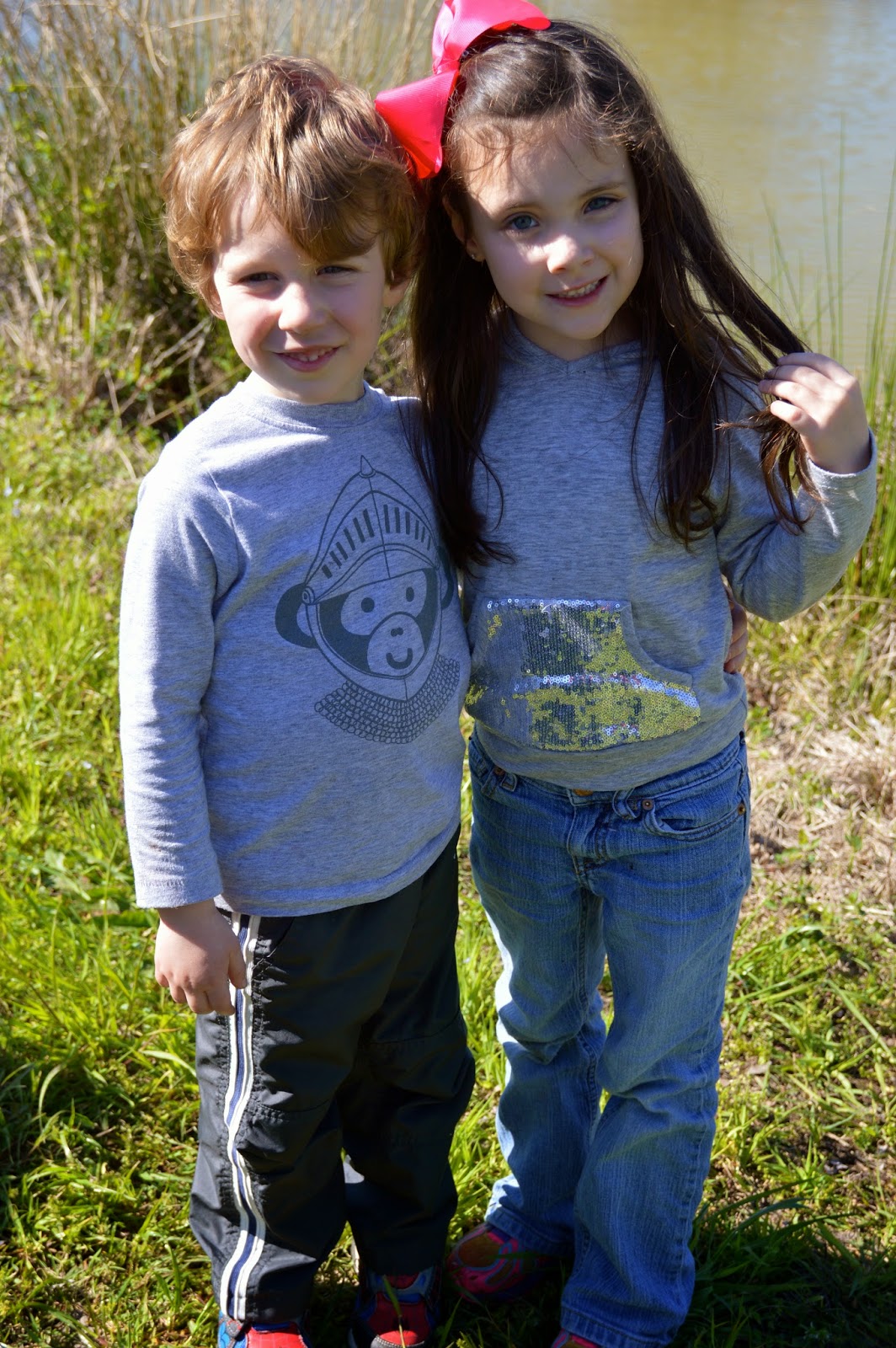 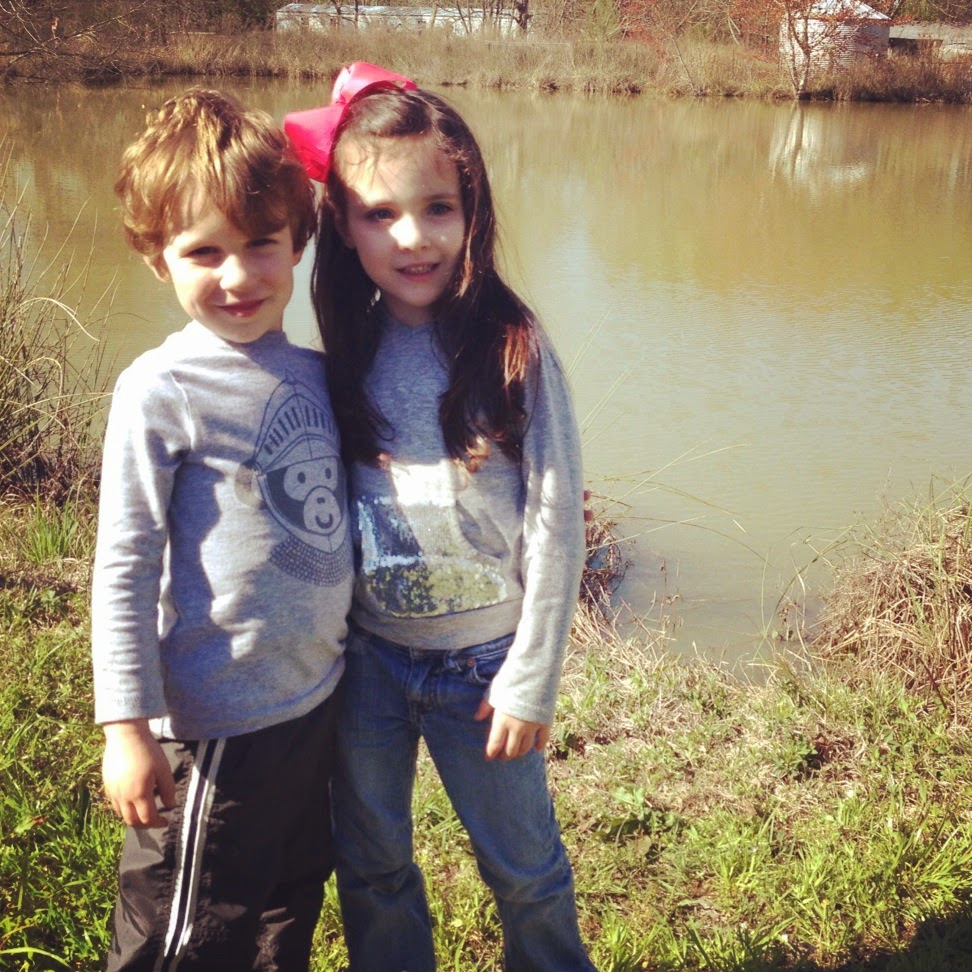 We all loaded up to head back to Gigi's! 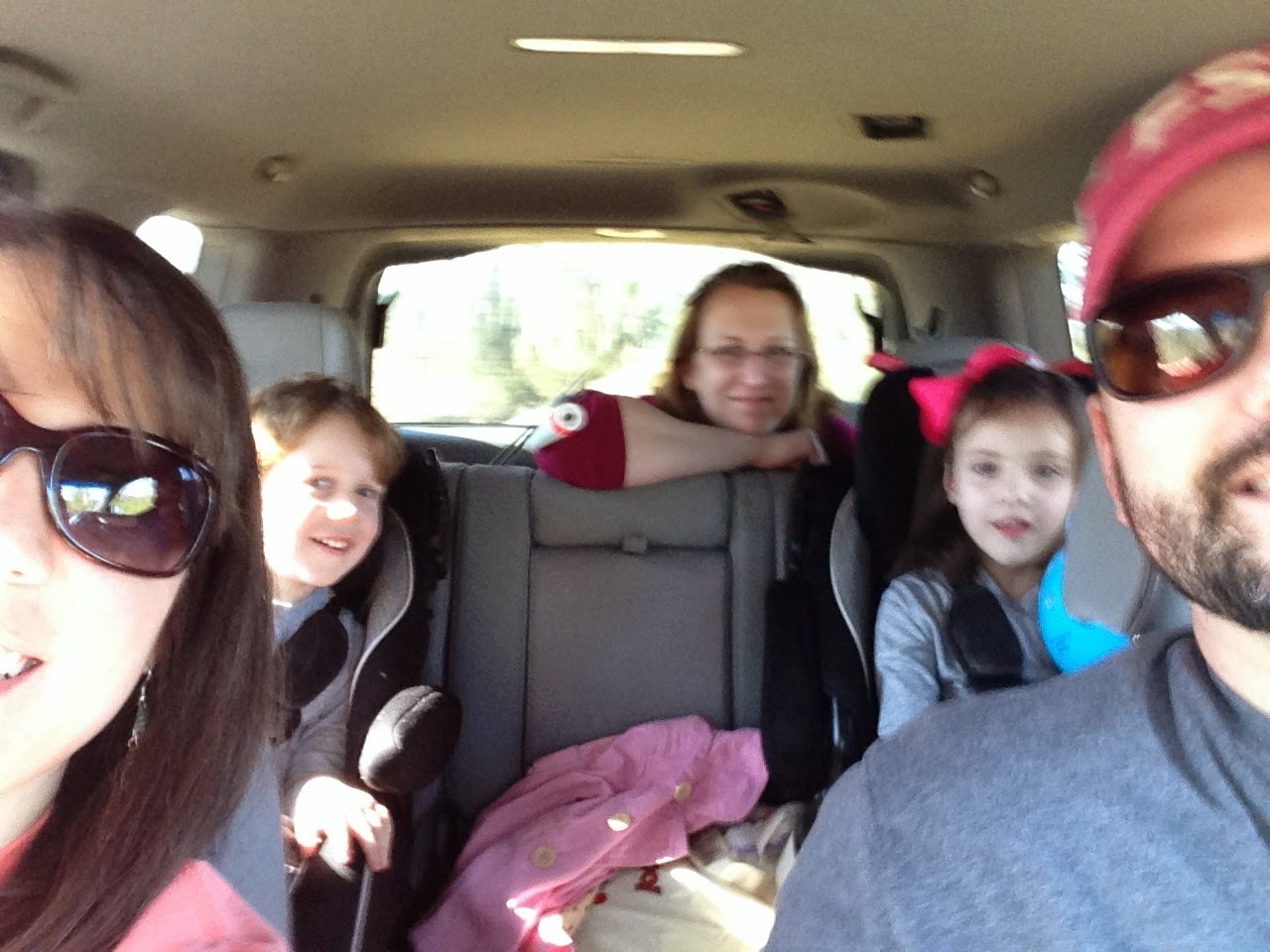 Ben is so sweet to Cooper!  He would make a great big brother.  ;) 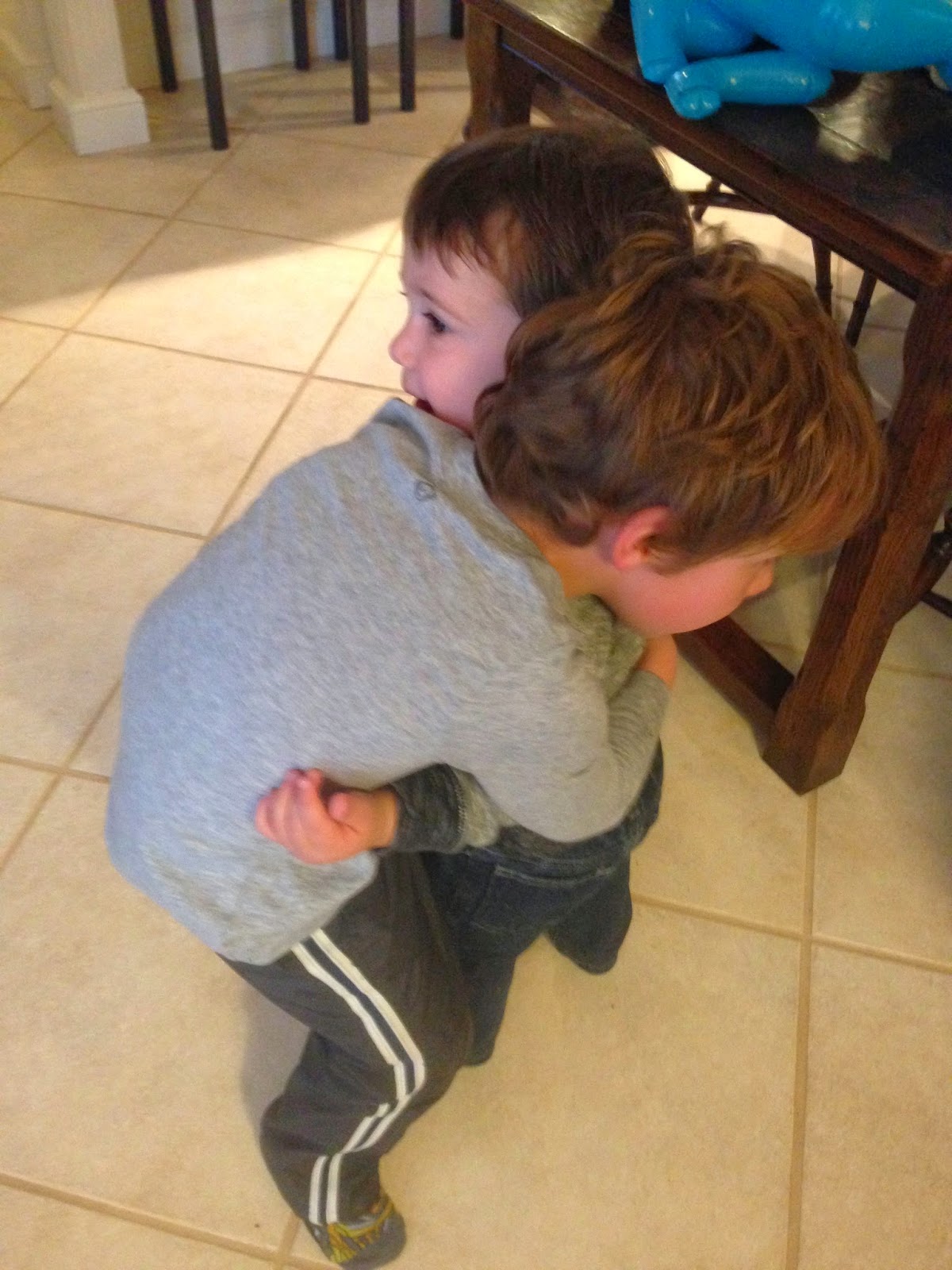 Even though we didn't catch anything, the kids had a blast trying!  Hopefully we'll catch something next time.