Chick pics have become a yearly tradition for us.  It started when LL was just over a year old, so that means that this is our 5th year participating!  I was a little nervous how it would go this year.  Last year, Cooper wasn't walking yet, so it was pretty easy to keep him contained.  This year, he is on the go!  He doesn't stop for anything (other than to eat - ha), so I had no idea if he would be anything other than a moving blur in the pictures.

I was right; I did end up chasing Cooper all over the place.  And he wasn't extremely interested in the chicks.  LL has always been a huge animal lover.  Cooper - not so much.  He doesn't dislike animals; he's just not super into them.  There was a huge truck parked thisclose to the tent where we were taking pictures, so he was much more interested in the truck than the chicks (typical boy).  Cindy is amazing, though, and she did manage to get some great picture with both of the kids!

{1}
Even though this picture doesn't actually have the chicks in it, this is my absolute favorite.  It.  Is.  So.  Perfect.  I bought this one for sure! 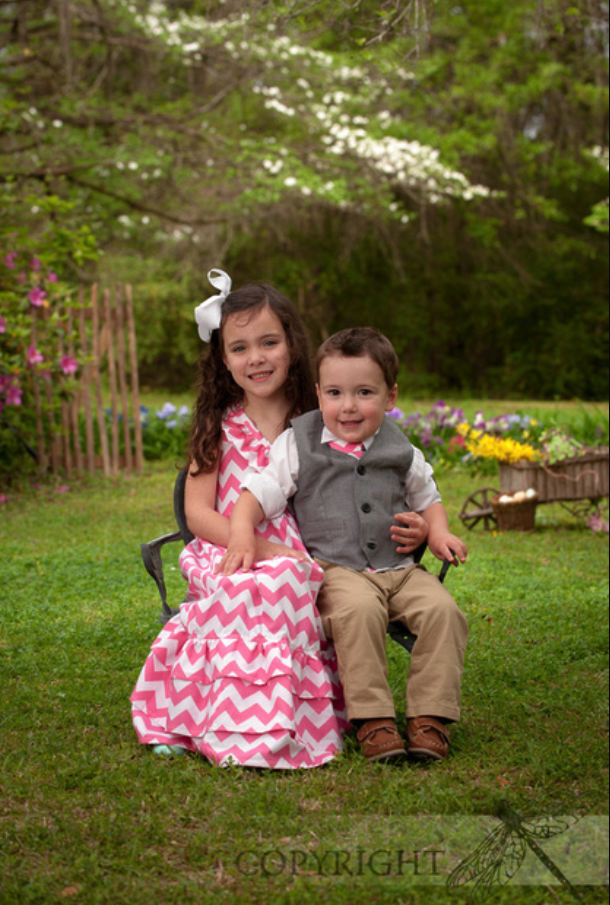 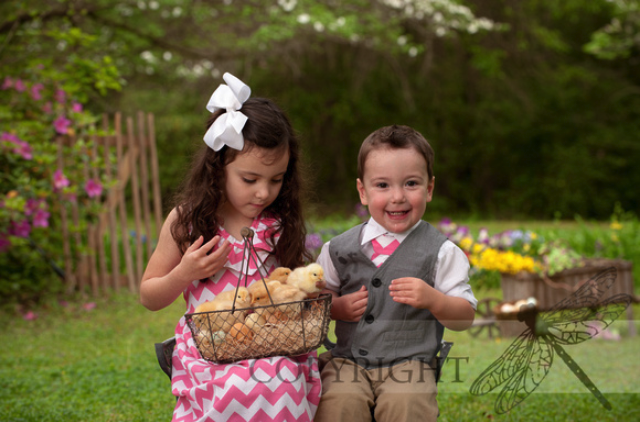 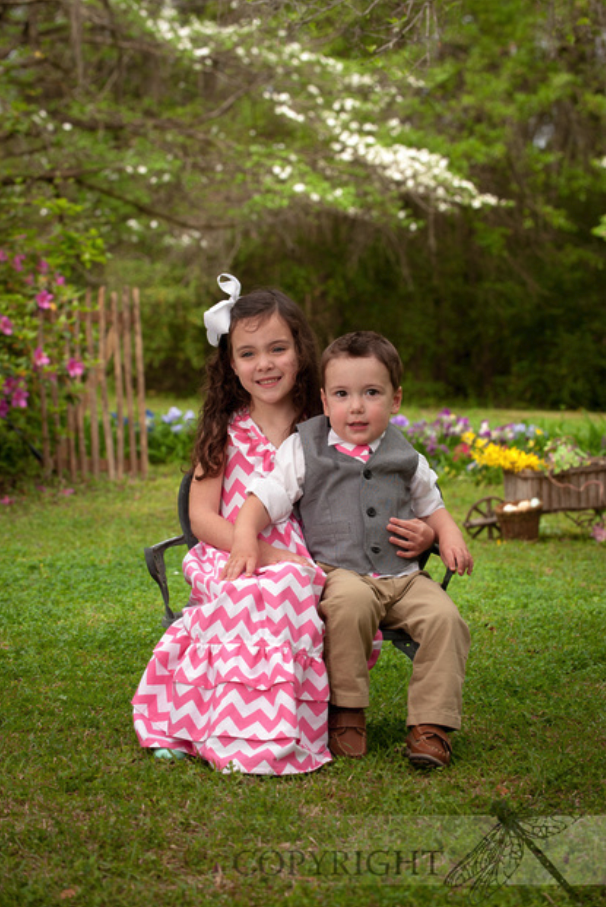 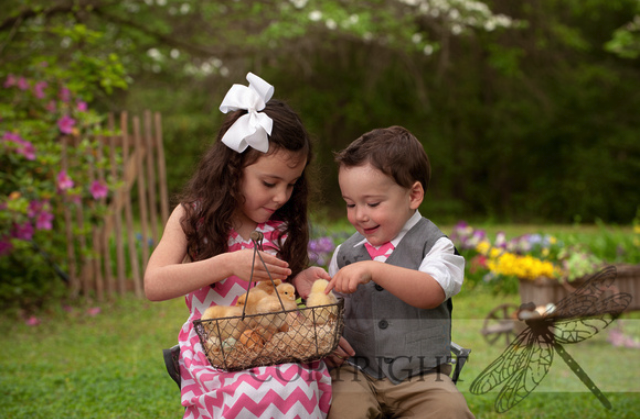 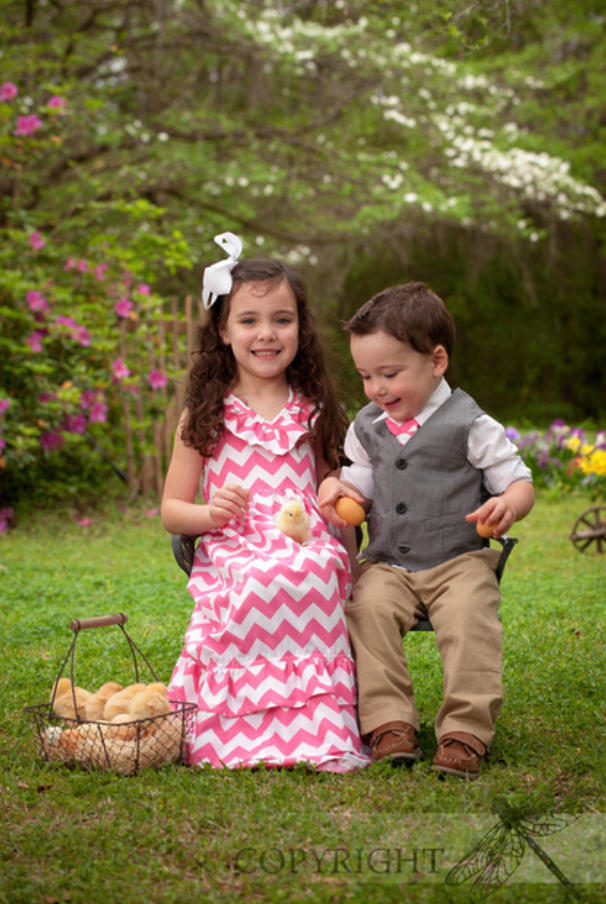 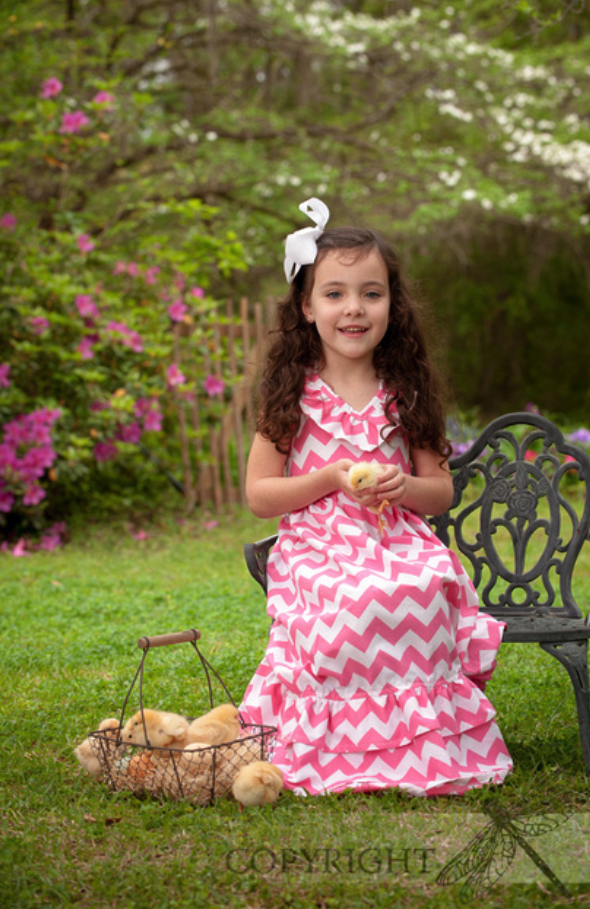 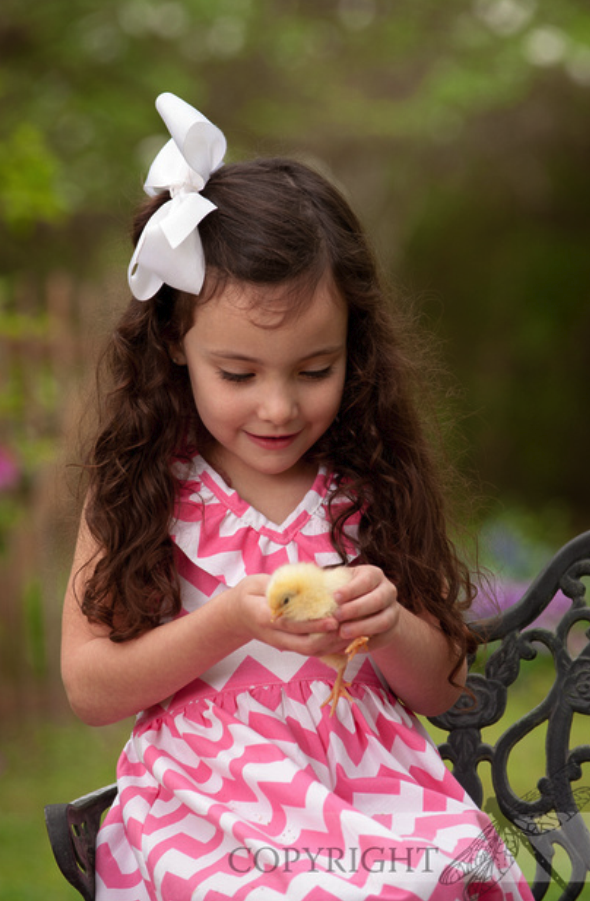 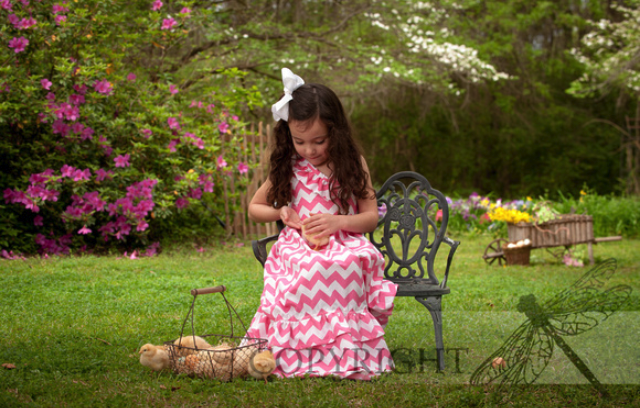 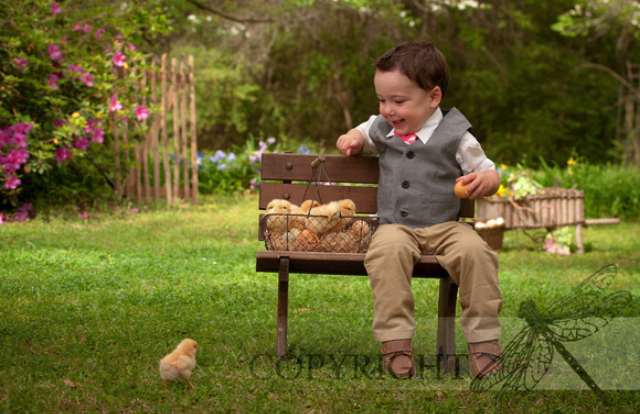 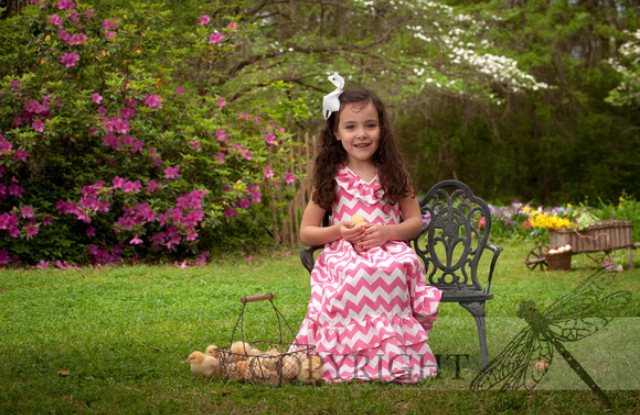 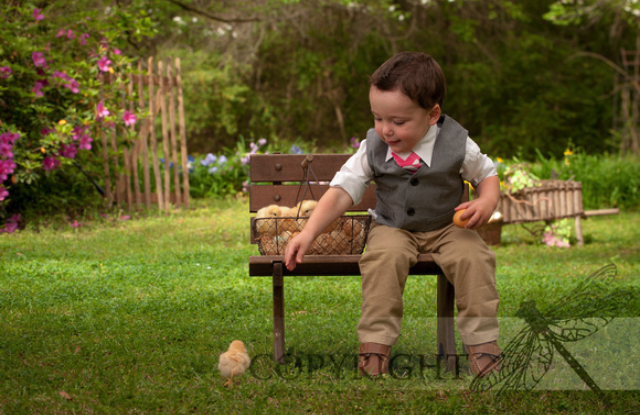 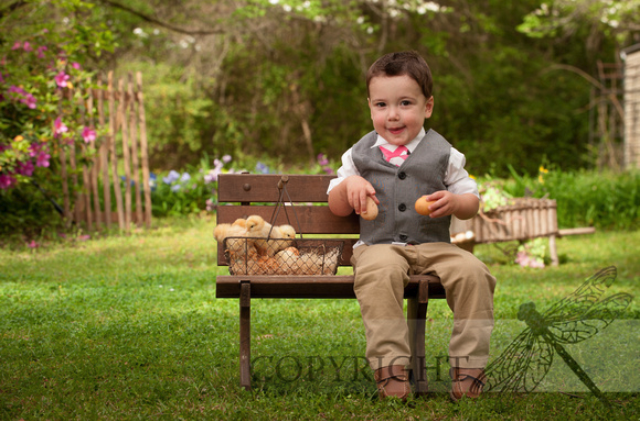 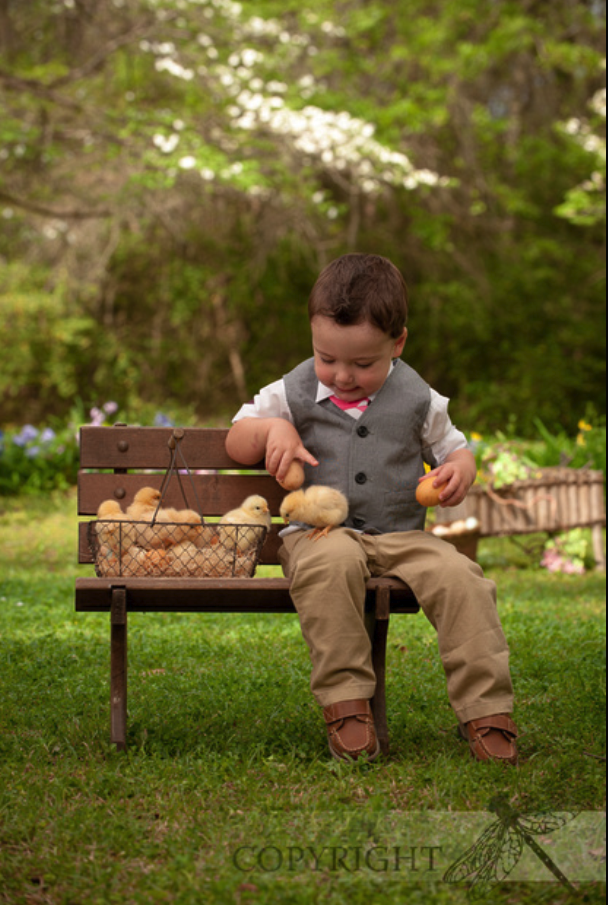 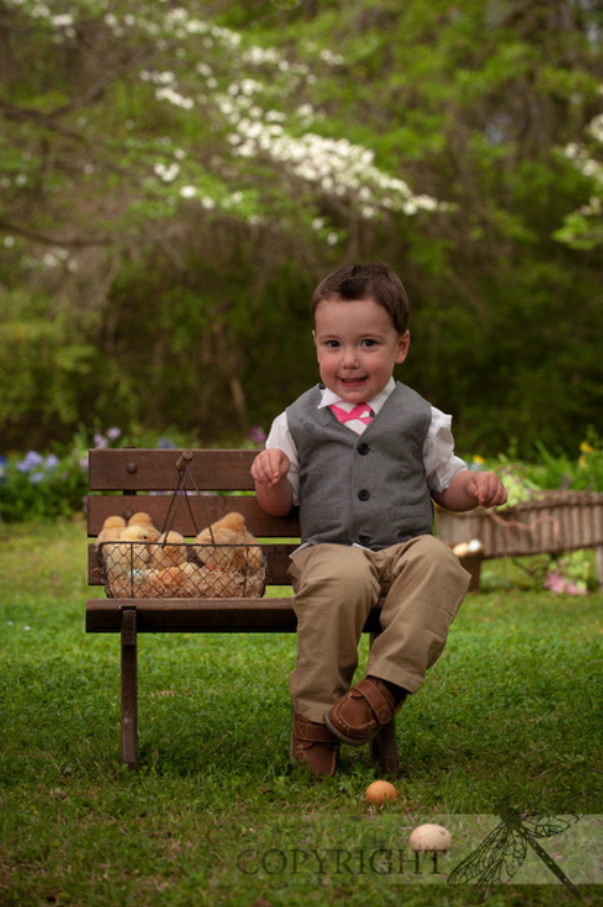 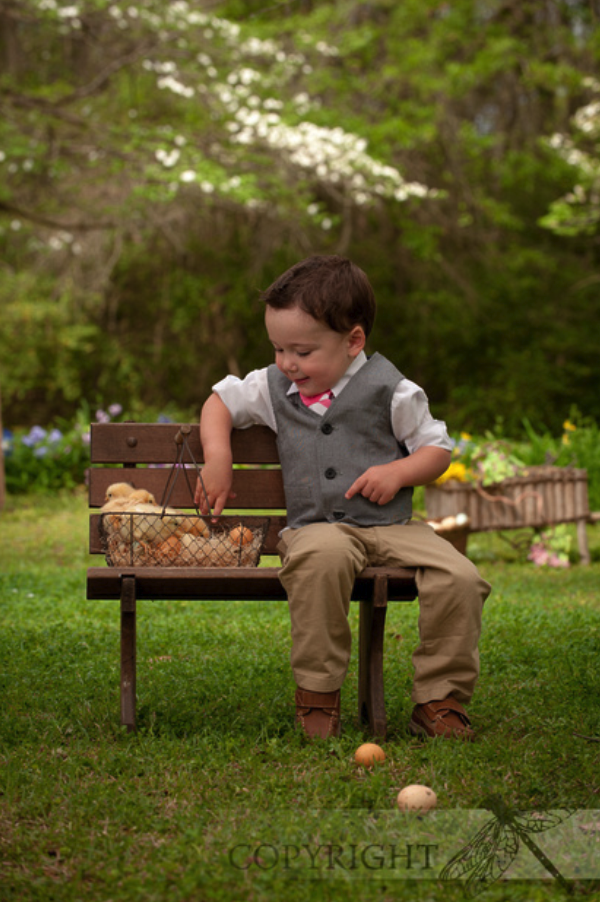 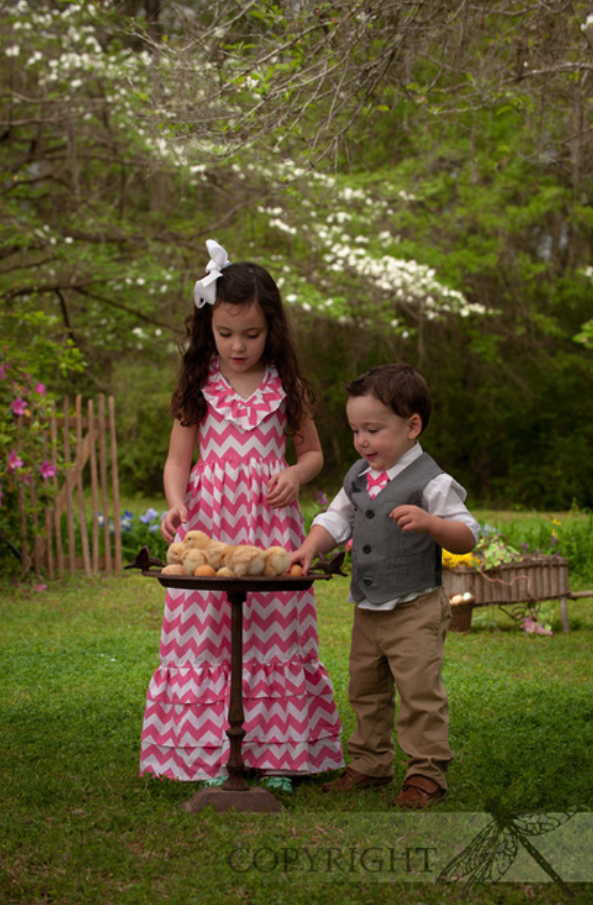 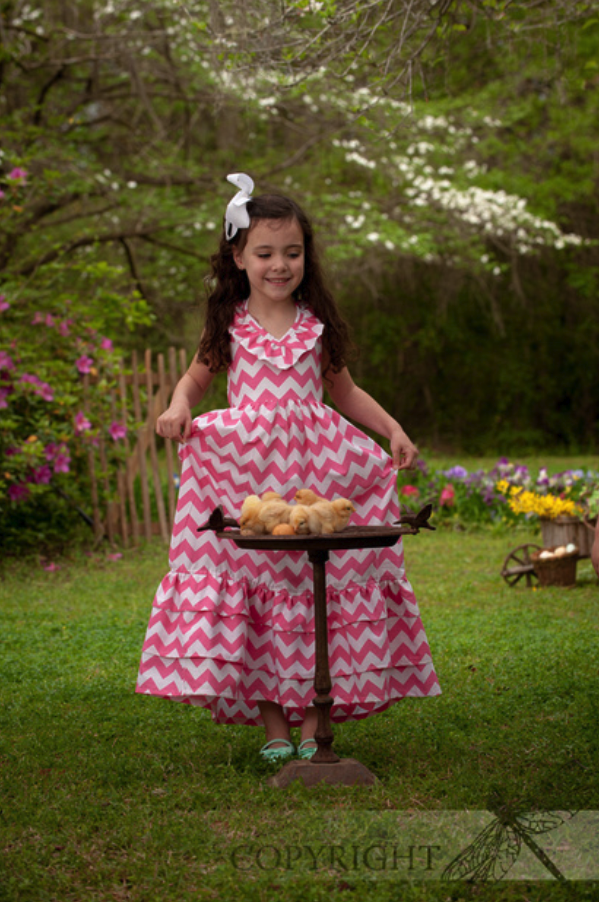 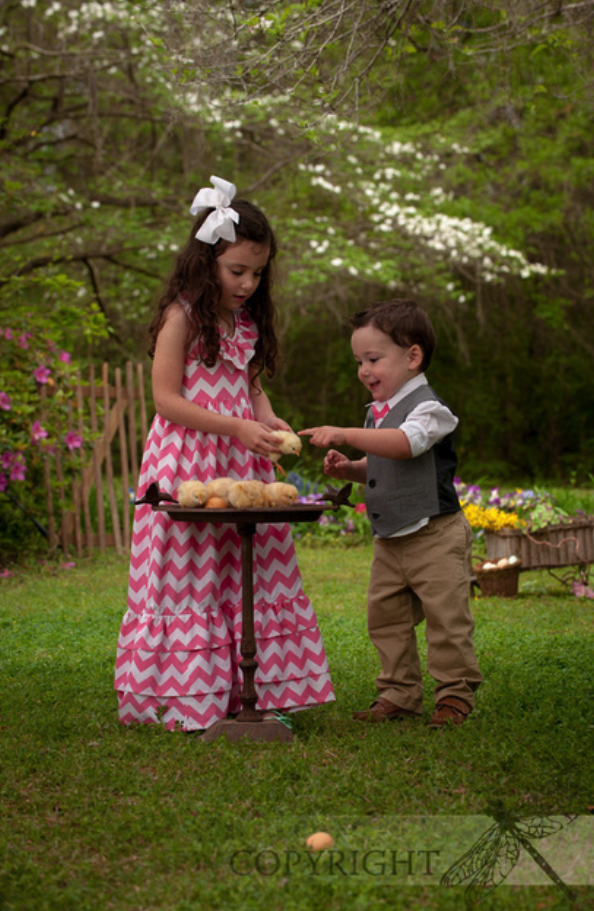 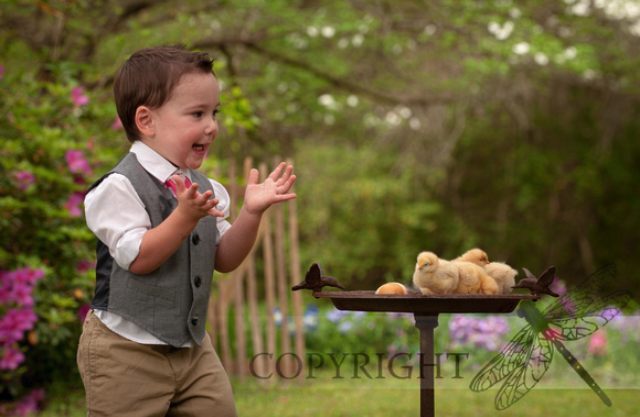 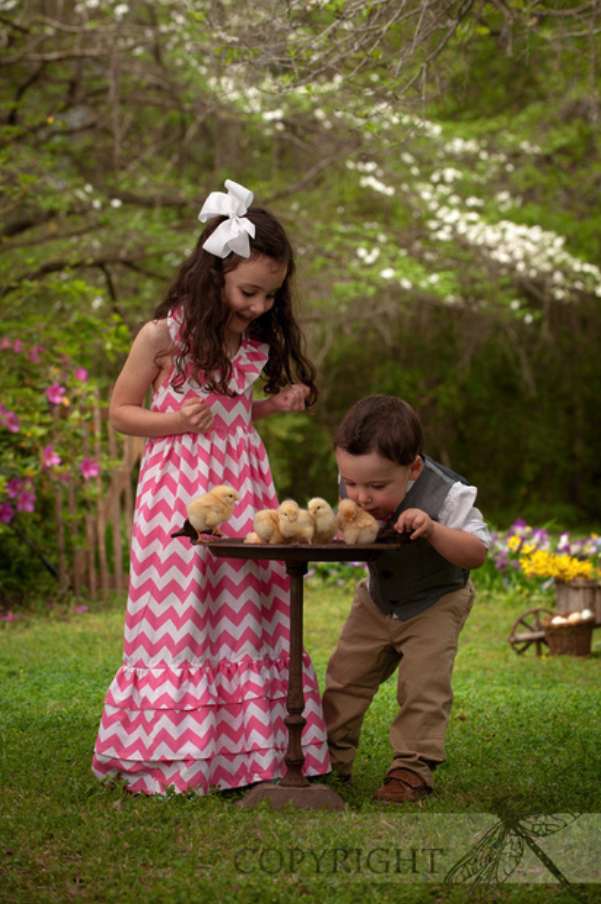 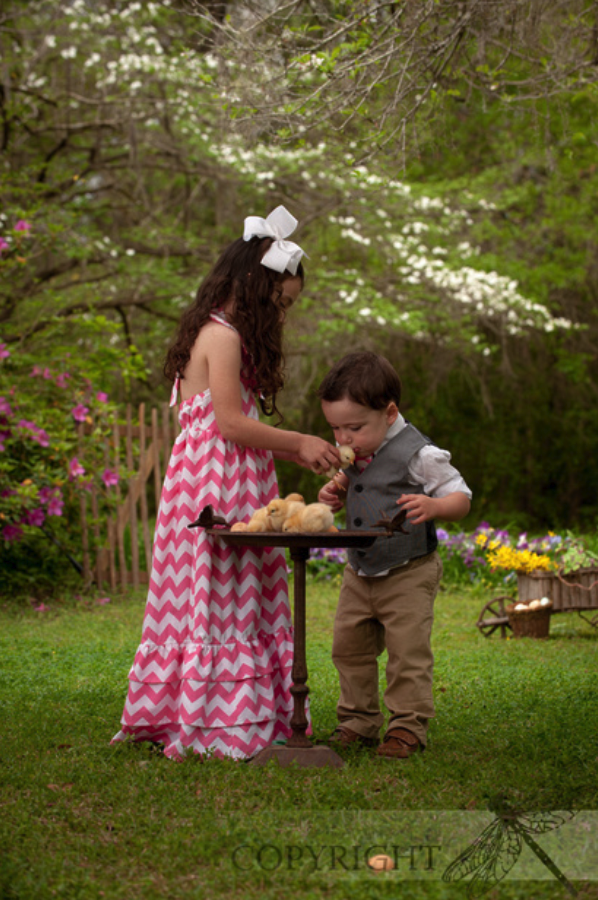 I absolutely love seeing how much she has changed over the years! 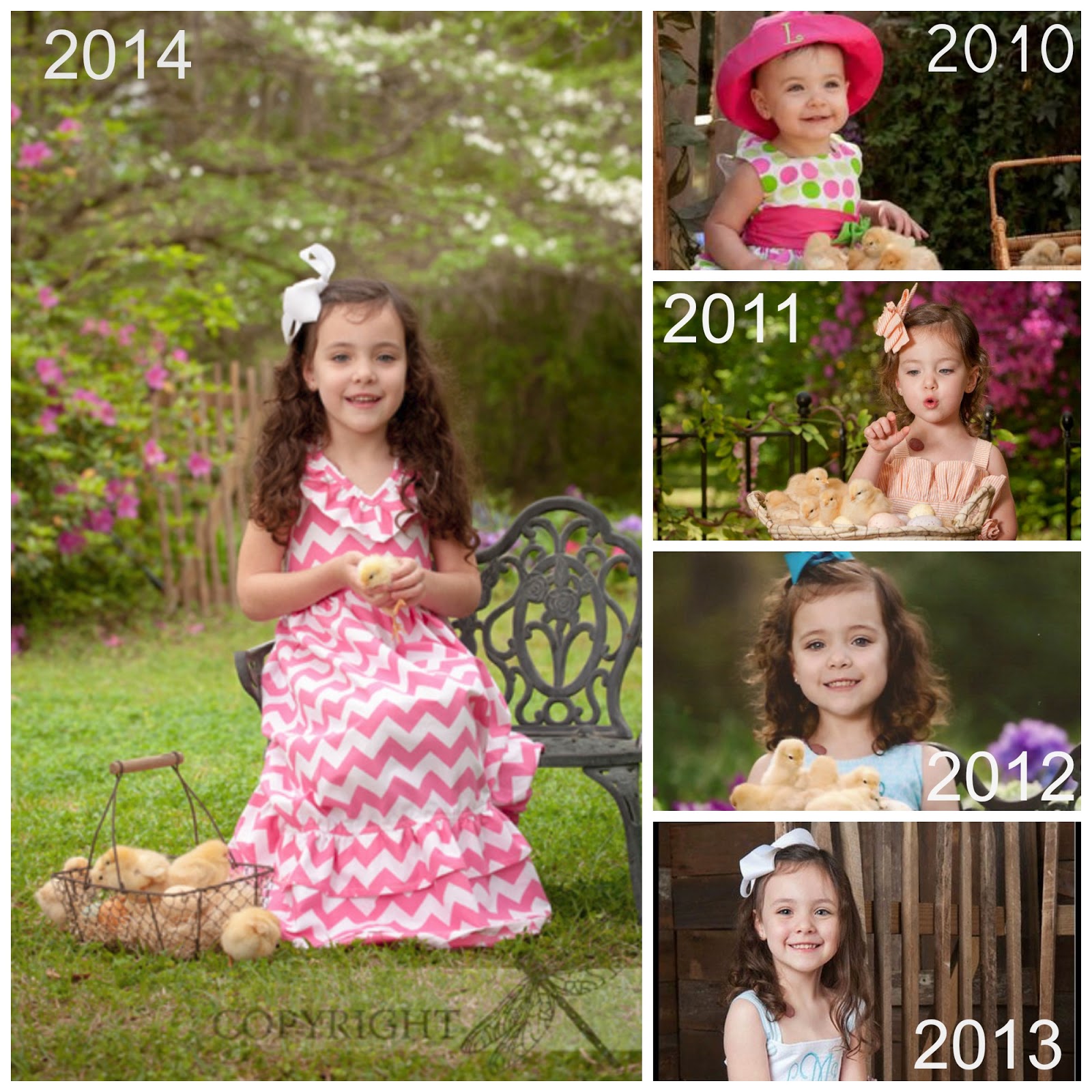 This stud is just getting more and more handsome every day. 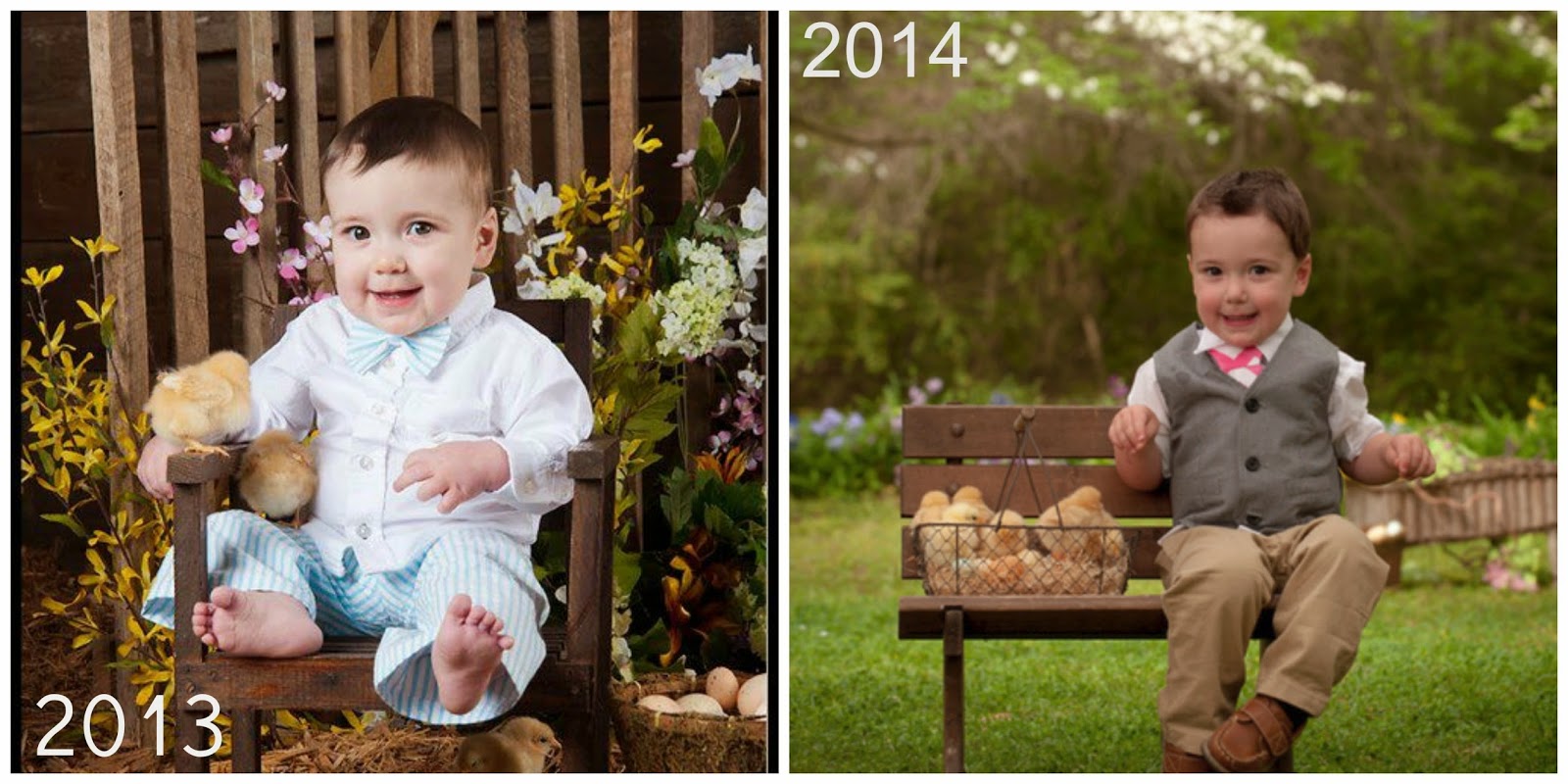 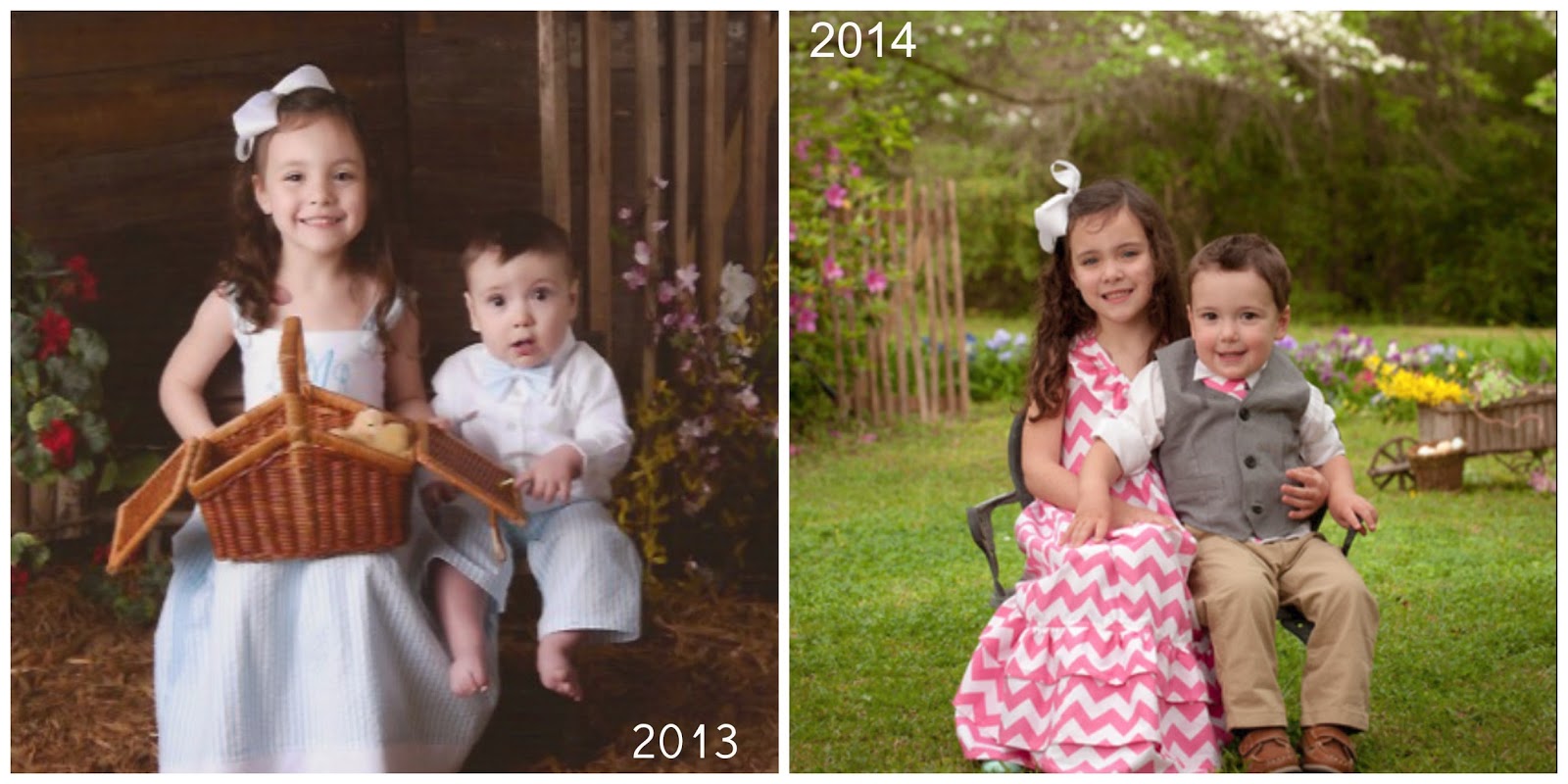