LL had her 5 year old well-visit the day after her birthday.  When we took Cooper to the doctor for his 18 month well visit, I (thankfully) had the forethought to ask them about LL's shots.  After the disaster that last year's appointment was with shots, I wanted to be prepared for what she was in for.  I was so so shocked when the nurse said she wouldn't be getting any.  She even looked it up in the computer to make sure she wasn't behind on any of them or anything.

When I came home and told LL that she wouldn't be getting any shots at her appointment, there was so much relief from both of us.  And, other than yearly flu shots, she won't get any more until she's 11!  Woah!

Of course, the first thing they did at her appointment was her stats. Here's how she's looking this year: 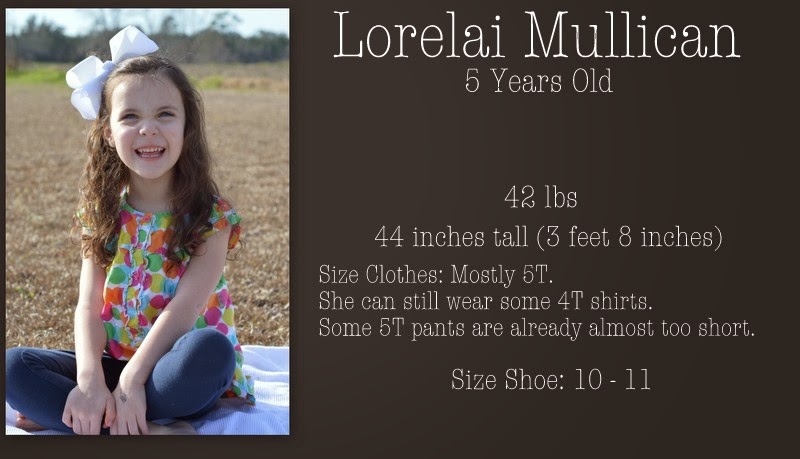 They did a vision and hearing test, and they both went perfectly.  Her vision is 20/20 and her hearing is perfect.

She's hitting all of the milestones that she should be: 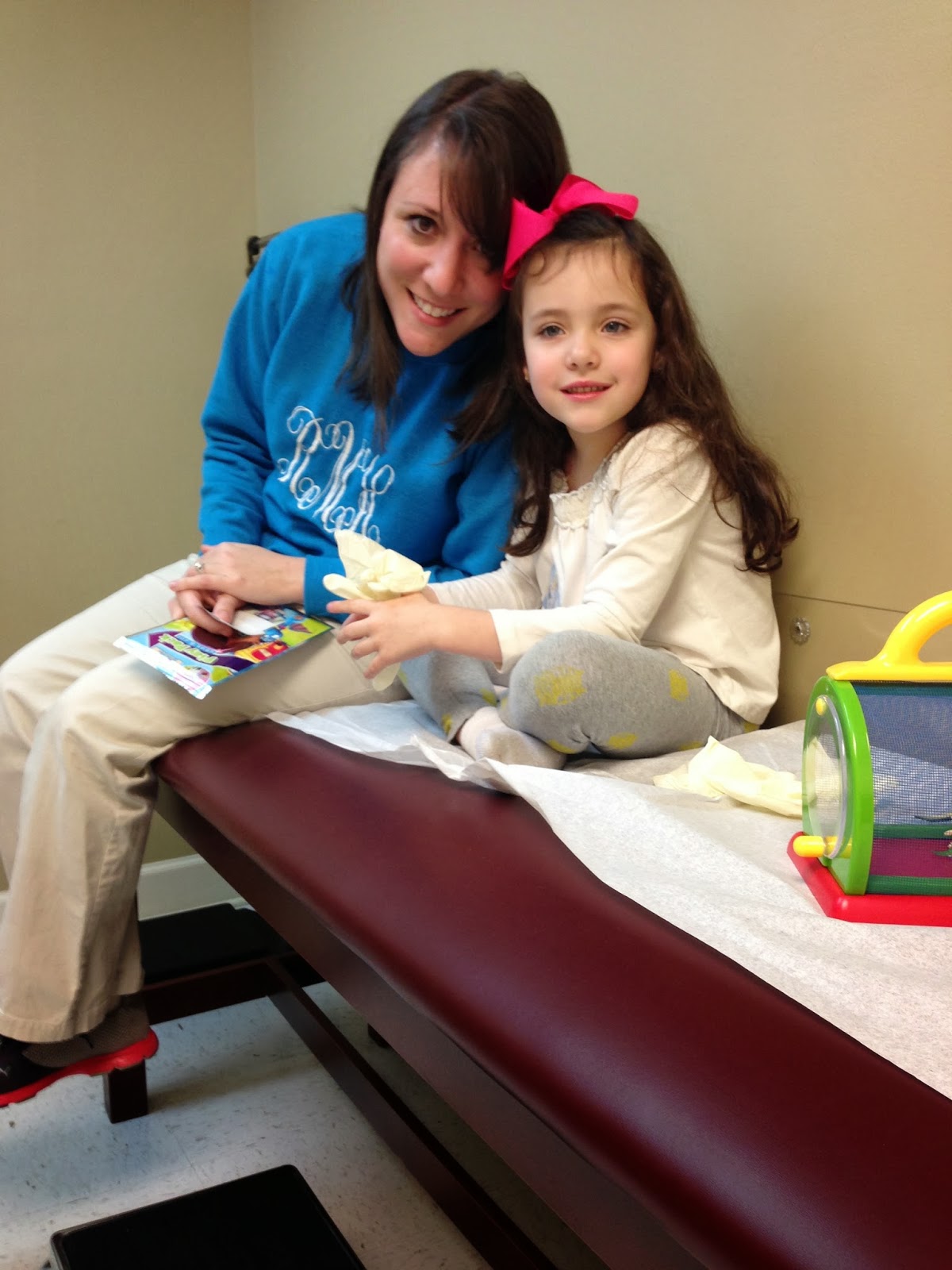 Even though they didn't have to give her shots, I totally forgot that they would probably prick her toe to check her iron.  Our nurse was fantastic, and she pricked LL without her even knowing.  She fussed a little bit afterwards, but it wasn't anything major.  Her iron levels came back great.

Last year, they measured her strawberry and said that it was 2.5 cm.  She measured it again this year and said it was at 3cm.  So I have no clue if the measurements were off last year or if it grew some again??  Either way, she said that it was completely flat and looks as if it's still in the stages of going away.  Once again, LL let everyone know that she loves her strawberry and doesn't want it to go anywhere.  ;)

Dr. Blache made sure that we've had the good touch/bad touch conversation with her, and LL let her know quickly that it was her pee pee and know one was allowed to touch it - haha.  I guess that answered her questions!

We also talked with her about her allergies.  They're terrible this time of year.  We had been giving her Claritin every morning, but it didn't help a ton.  She gave us a sample of a nose spray and said to try it for about two weeks to see if it helps.  We've been doing it for right at two weeks now and, honestly, we don't see much of a difference from what we saw with the Claritin.

We also asked her about a booster seat.  She said that she's really able to go into one at any time, and it's basically our call.  We just need to check with our seat and make sure that she's hitting all of the areas that she should with the seat belt, weight, height, etc.

It was a great appointment, and hopefully she won't see them again until it's time for her flu shot in the fall!