Last Halloween was really our first successful one because LL actually dressed up for it.  She was the cutest kitty cat in the world, and Coop-man was running for president.  This year, I really wanted them to "match" in their outfits.  I know that we only have a few years to get them to do this before they want to do their own thing, so we need to take advantage of it!  Cooper randomly had a fire hat in his toys and became obsessed with it.  He loved it and wanted to wear it all the time.  LL is obsessed with animals, so this turned into a great combination.  Cooper was a fireman and LL was his Dalmatian!


For LL's costume, I ordered some ears and a tail off of Amazon, and found a cute dress on etsy.  I showed the dress to Grammy and she whipped one up for LL!  It really is a beautiful dress and it doesn't really look Dalmatian-ish when you take the ears and tail off.  She will be wearing it again, for sure!﻿ 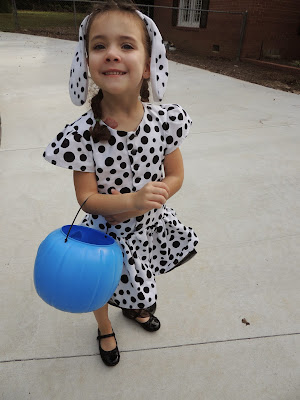 For Cooper, I found a fireman onesie on Amazon and ordered that for him.  I looked into all of the actual costumes, but all of them tended to be really heavy and thick.  Around here, we really never know if Halloween is going to be hot or cold, so I didn't want to order something thick and him not be able to wear it because it's too hot.﻿  Halloween did end up being a little warm, so we just put some jeans on him and said that he was "off duty".  We did bring his hat with us, but we completely forgot to put it on him! 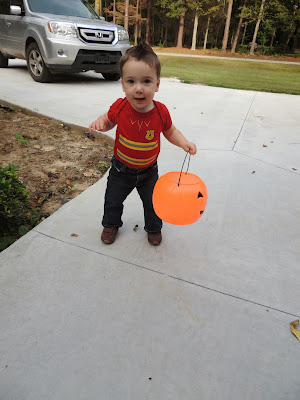 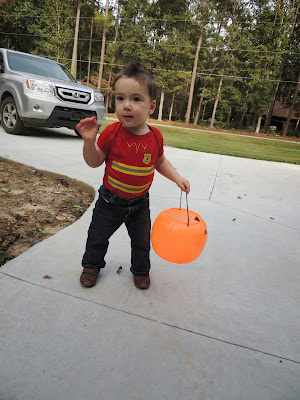 Trick-or-Treating at Gigi and Poppy's. 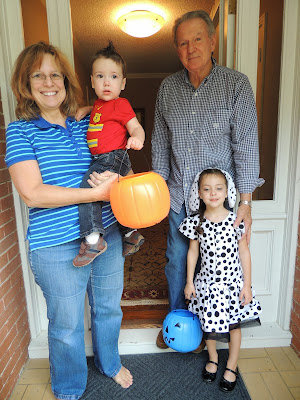 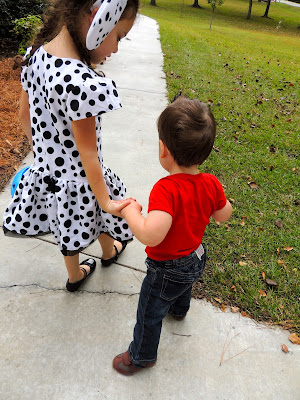 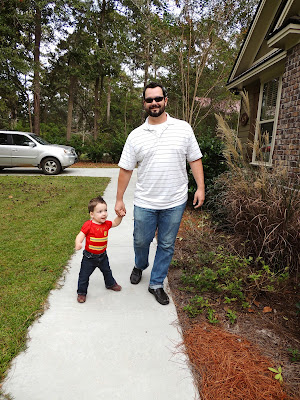 Trick-or-Treating at Oma and Opa's. 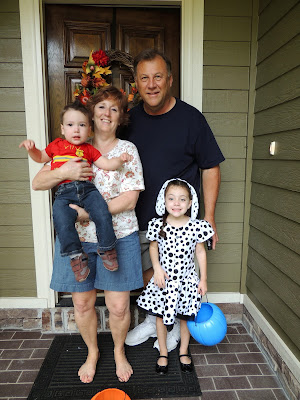 After trick-or-treating at the grandparents' houses, we went to our church for Trunk-or-Treat. 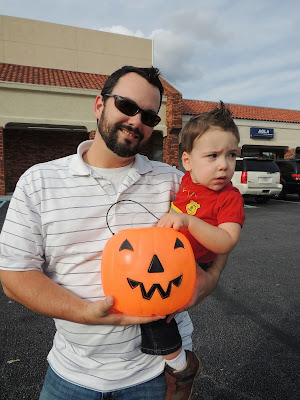 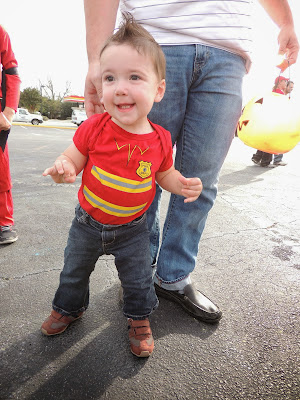 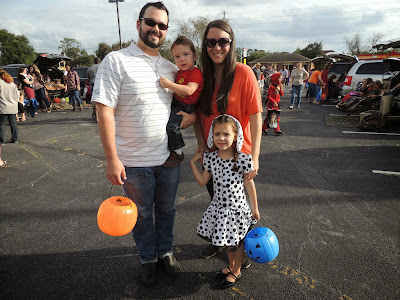 It was a fun Halloween!  I know that they will just get better and better as the kids get older!