Elf on the Shelf: Sparkle

The day after Thanksgiving we knew we were going to be heading to the beach for a weekend with Oma and Opa.  We had talked with them several months ago about a little trip to St. Augustine, and we decided to do Thanksgiving at home (so that we didn't have to worry about taking alllll of the things that we would need to cook Thanksgiving there), and then we would leave the day after for a mini-vacation.

We have never done Elf on the Shelf before, but we decided that LL would probably *love* it this year.  We did modify it a little bit, though.  We did not do the naughty/nice part for several personal reasons.  I'm not knocking anyone who chooses to go that route, it's just not something that works for us.

Since LL had never even heard of Elf on the Shelf, she had no clue what was coming.  We decided to have a "welcome breakfast" the morning after Thanksgiving, and that's when our elf showed up.  Here was our set-up: 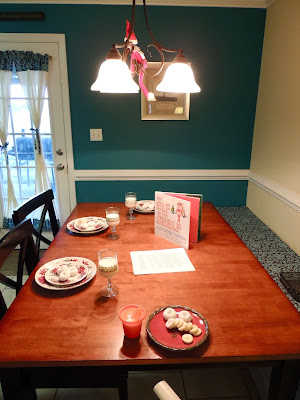 The Elf on the Shelf book and a letter that explained it all a little differently. 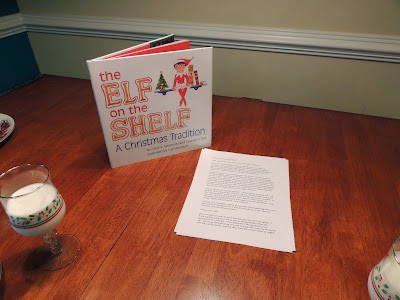 We used our Christmas china and the elf brought donuts for breakfast! 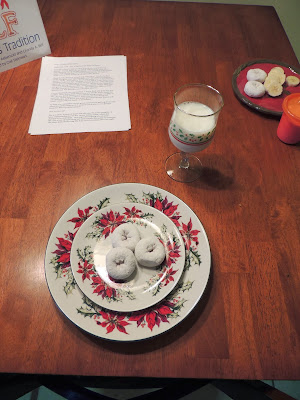 Our Elf: Sparkle!  When we bought the elf, we didn't really do a ton of research before.  I mean, you just get the box, right?  I had no clue that they came in different genders and ethnicities.  I just grabbed the box and thought we were good to go!  When I opened it later, I realized we had a girl elf and that she was not white.  We for sure weren't going to take her back or anything - we enjoyed a little diversity!  We never really mentioned it, and LL didn't either.  The only time I ever heard LL talk about it was when she was telling me that Ashley (her imaginary friend) had a "brown" elf, too.  So I guess she did notice! 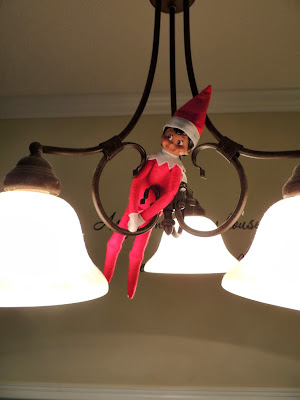 Here are some of the places that we found Sparkle:
She came to the beach with us and we found her in the fridge! 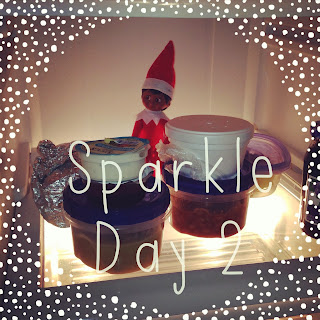 The sneaky girl ate some candy while we were at the beach. 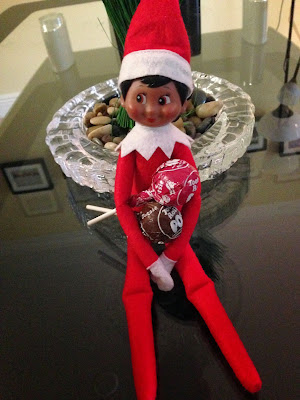 She played with Cooper's blocks. 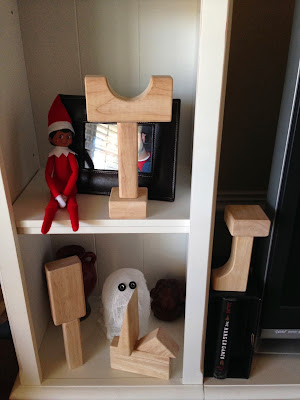 She had a late night snack in LL's room.  This was the only time she went in LL's room because it scared her a little bit. 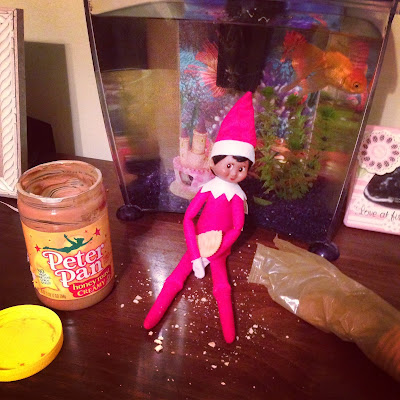 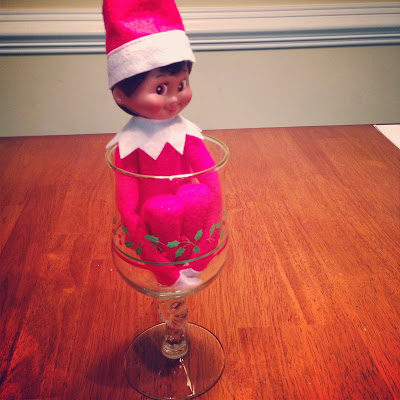 Hanging out in Mommy and Daddy's bathroom. 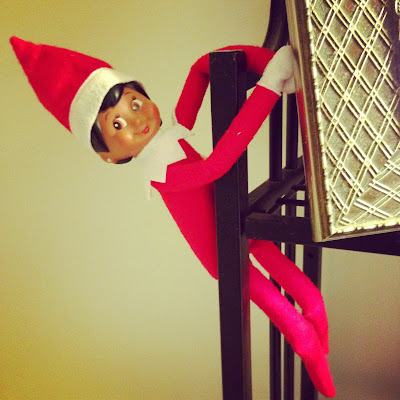 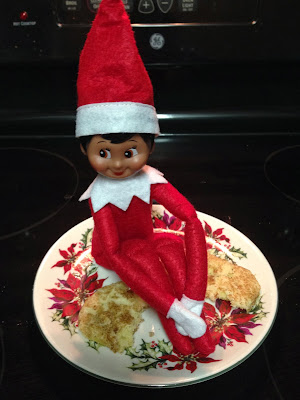 In the kids' bathroom. 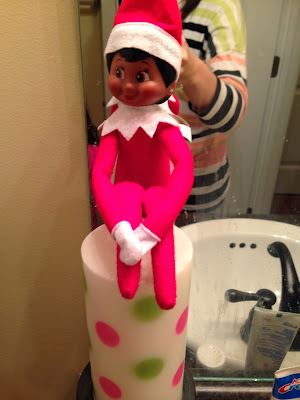 On Christmas Eve morning, she brought us a present: new pajamas, The Grinch movie, some popcorn and hot chocolate. 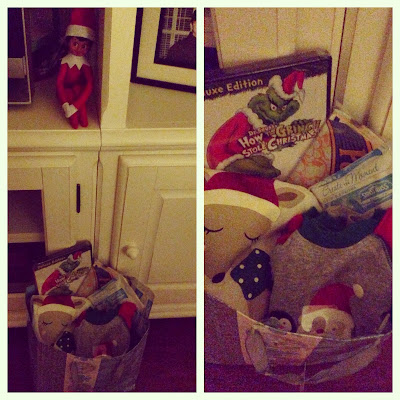 We really did have a good time with Sparkle this year and she was a HIT!  Lorelai loved her and is already talking about her coming back next year.

Email ThisBlogThis!Share to TwitterShare to FacebookShare to Pinterest
Labels: Christmas, elf on the shelf, traditions