The Monday of Spring Break was filled with doctor's appointments.  First, we had LL's second dentist appointment at 8:30.  Her first dentist appointment 6 months ago didn't go that bad.  This time, it was a different story.  They wanted to use the electric toothbrush and homegirl lost.  her.  mind.  As in, was shoving herself in the corner and wouldn't even let me near her.  In the end, it took two of us to hold her down to get her teeth cleaned.  I really hated doing that to her, but she had to know that this was NOT an option.  If I had just let her leave without doing anything, this would never get better.  It was terrible.  Last time, she got to pick from the treasure box and got a sweet card in the mail a few days later.  Lets just say, neither of those things happened this time.  :(  I'm just praying that our next visit in October won't be as bad as this one!

After her dentist appointment, I had my own dentist appointment at 11:00.  I have SUPER high anxiety about the dentist (no - LL has no idea about it.  I don't tell her that at all), and I haven't been in about 2 years.  Everything went fine and my teeth were super healthy, so it was a great visit.  It's just not something that I like at all.

After all of that fuss in the morning, my mom asked us to come over after naps to swim.  It has been a super cool spring this year, so the water wasn't actually warm enough to swim, but we put on our suits and pretended anyway.  :) 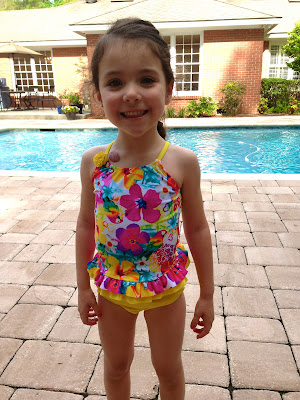 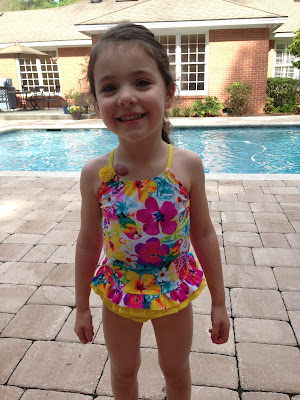 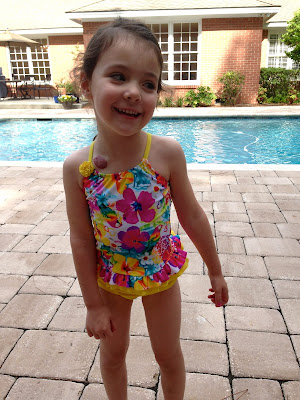 Cooper's first time in a bathing suit (and the pool!) 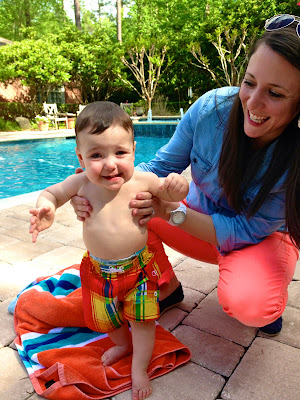 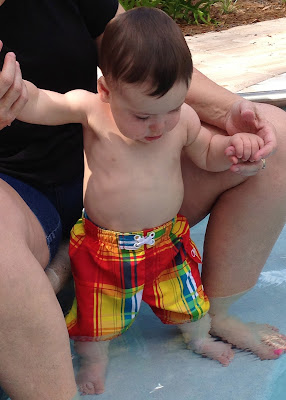 Here's a video of him splashing in the pool. 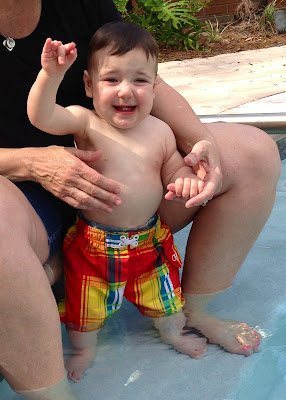 We put him in just long enough to take pictures and say that it was his first time in the pool - haha. 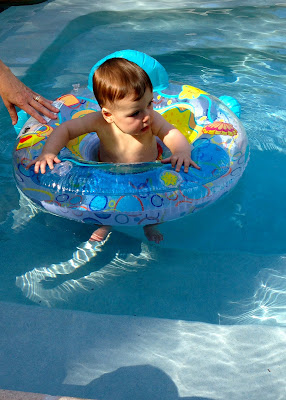 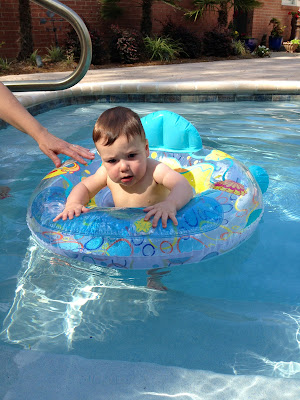 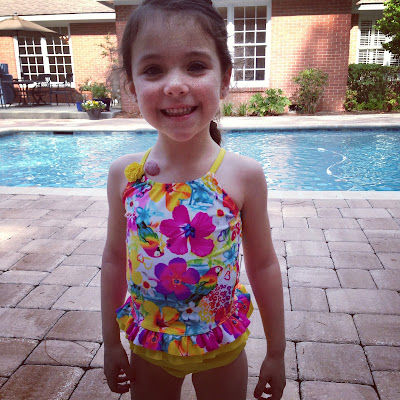 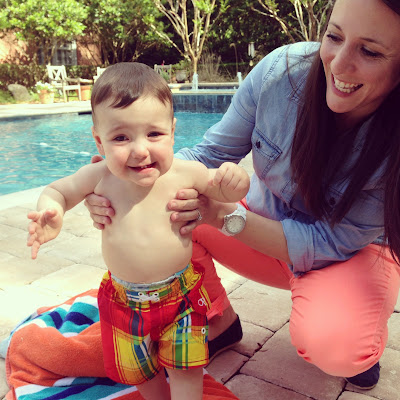 LL starts stroke lessons next week and I am so excited about a summer filled with days in the pool!