Goodness.  Just when I think that everything is getting better, we all start getting sick again.  Everything started back in November when we had to rush Cooper to the ER.  Then in December Cooper ended up with a high fever and hand, foot, and mouth.  Then in March, Matt was sick, Cooper had bronchitis, and I ended up with the flu.

Well, March and April had more in store for us.  Cooper woke up from a nap one day coughing.  At first it sounded normal, but then it started sounding more "croup-y".  I really wanted to wait until Monday, but then I was scared that it would get worse in the night and we would end up in the ER again.  We took him in to youthcare just to be safe.  Thankfully it was NOT croup and just another round of bronchitis.  While that wasn't fun, it was definitely better than croup. 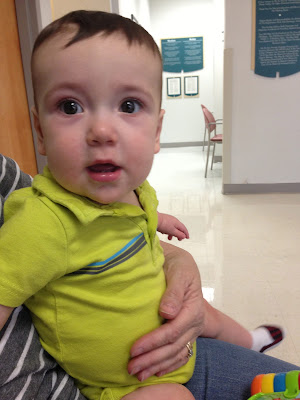 NOT a happy camper. 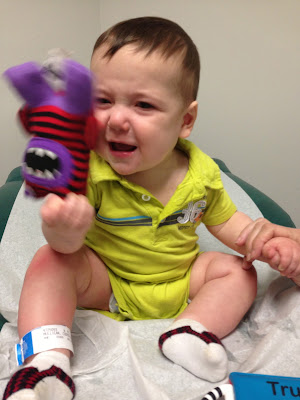 Trying to keep him occupied - he was exhausted, cranky, and hungry by this point. 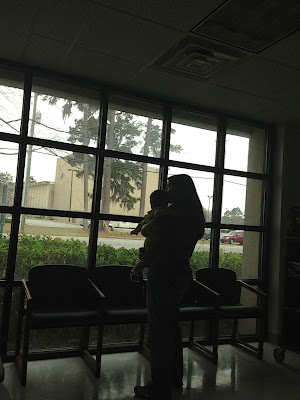 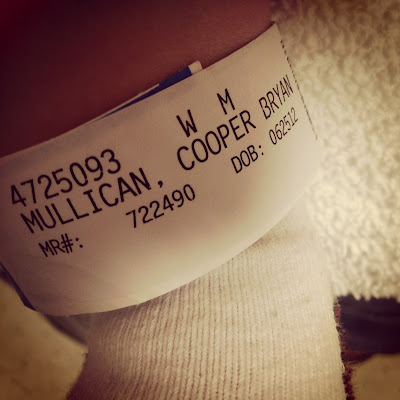 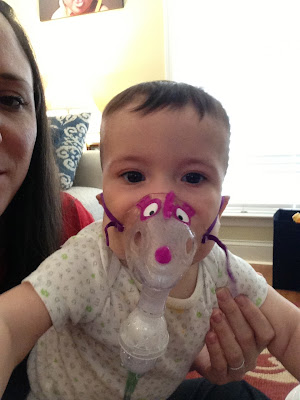 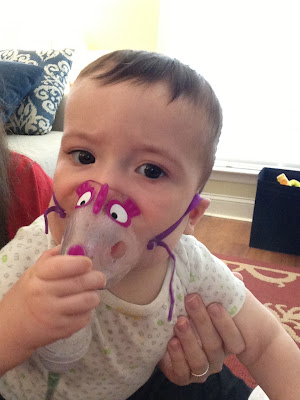 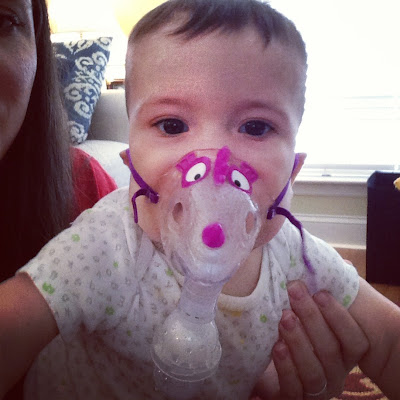 One Friday in March, I went to Grammy's to pick up the kids and noticed some goop in the corner of Cooper's eye.  I cleaned it out (there actually ended up being a LOT of it).  Matt and I ran some errands in town and came back about an hour later to get the kids and go home.  By then, Cooper's eye was really red and puffy and there was MORE goop.  Our pediatrician was closed, so we went to a walk-in clinic, and the diagnosis was exactly what we thought - pink eye.  Tell me, how does an 8 month old who doesn't go anywhere get pinkeye?!?  By the next morning, it looked a ton worse... 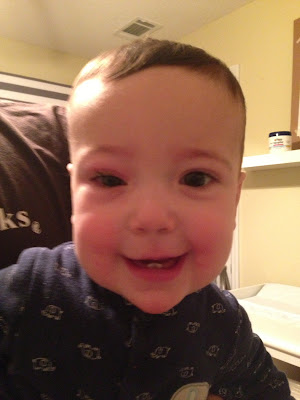 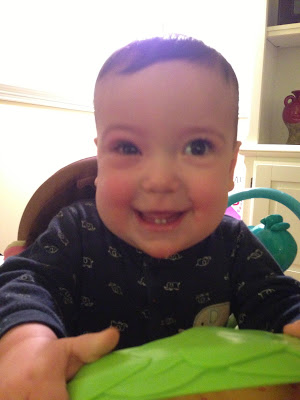 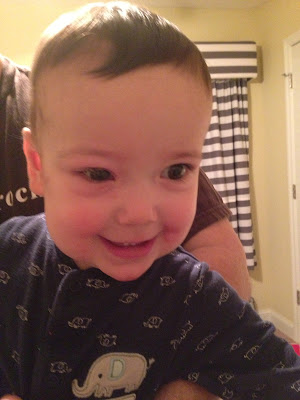 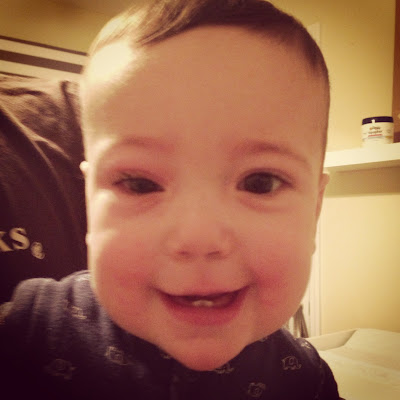 LL was a GREAT doctor and helped fix Cooper right up! 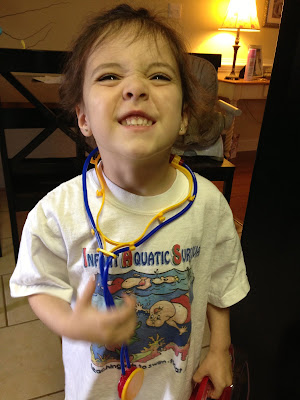 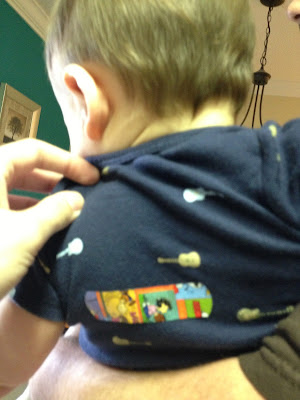 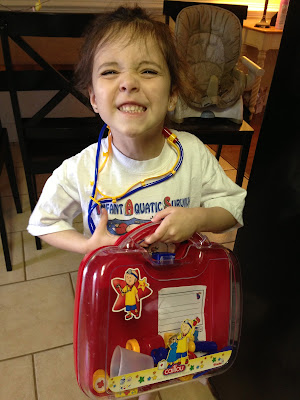 The pinkeye went away pretty quickly, but then returned the following Friday.  We had a ton of drops left over, so we started them again and used them for longer.  Thankfully, the pinkeye has been gone since then!

Then, Easter morning about 4:30, LL woke up throwing up.  She consistently threw up every 20 minutes for the next 5 hours.  About 7 am, the diarrhea started.  It was MISERABLE for her.  Thankfully she stopped vomiting around 11 am and started to get some fluids.  We were about thisclose to taking her to the ER because she was getting scary bad - not able to even sit up to vomit, sleeping with her eyes half open, her eyes were sunken in, couldn't even keep water down, etc.


Poor thing just asked to stay on the bathroom floor and sleep.  :( 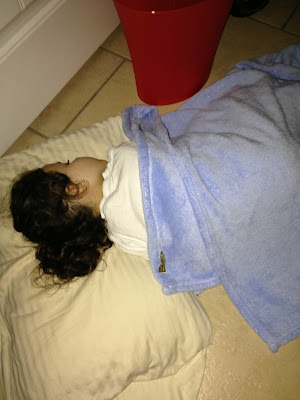 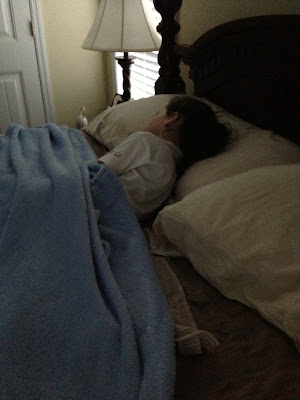 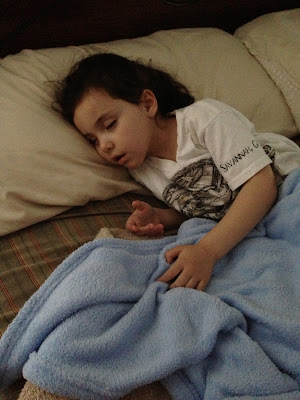 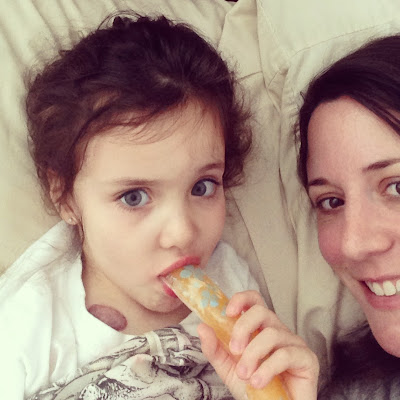 Now that it seems that spring is here, I'm hoping that we are DONE with all of this craziness and all of us can stay well!!  This has for sure been our worst winter EVER with sickness!