We've been going to our church, Crosspointe Church, for about 2.5 years now.  One of the things that we really look forward to is the yearly Easter festival they hold at a local park.  This was our third year going and it didn't disappoint!

Cooper wasn't able to go since the festival was from 9-11 (exactly his nap time!), so he took a nap at Grammy's while we took LL. 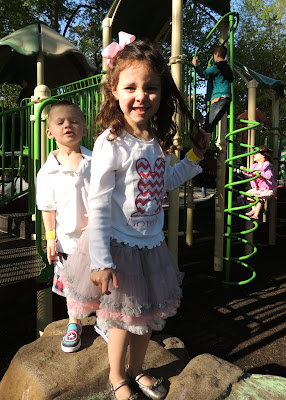 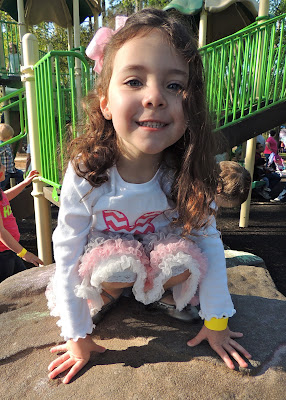 This was the best out of several attempts - haha. 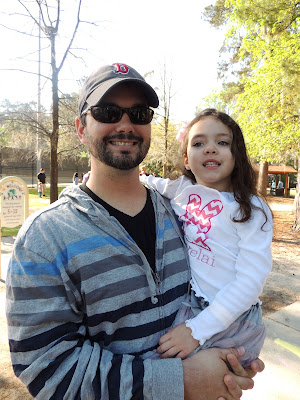 She and Coley are complete BFF's and I really love it.  Coley is an amazing little girl and we love her family!  I love the friendship that these two have!  You can see in LL's smile how much she loves her friend! 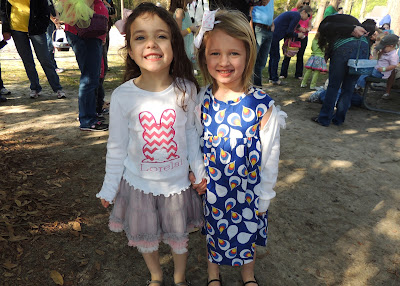 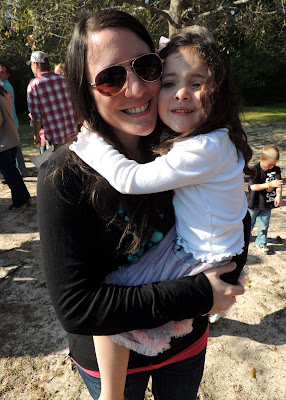 The Hempe's were there, too, and Luke did a great job at his age group hunt! 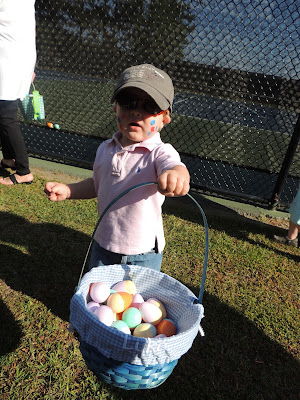 LL and Coley waited patiently for the 4 year olds to take a turn. 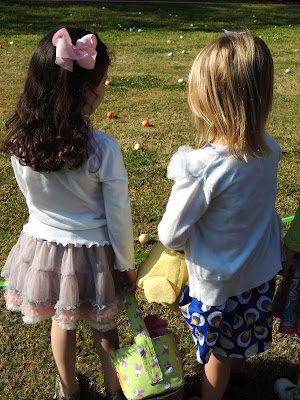 She was actually SUPER smart in her hunting strategy.  She went the opposite way of most of the kids, so she ended up in a section full of eggs all on her own. 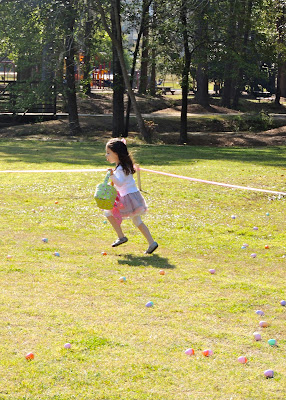 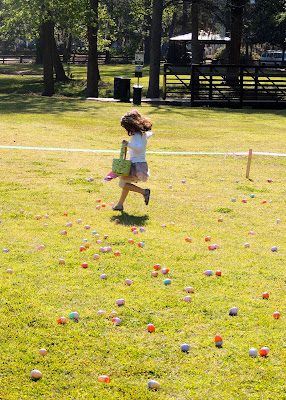 But then she wanted to know where everyone was - haha. 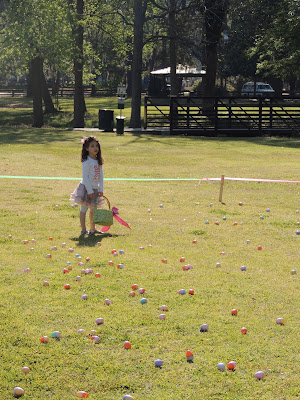 I wish Cooper could have been in our picture! 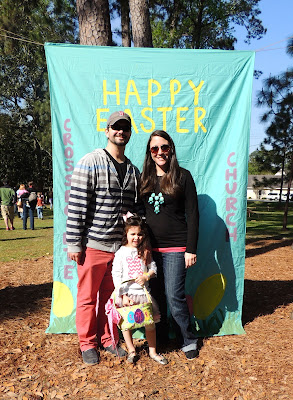 It's so funny because she does this EXACT same thing every year when I ask her to show me her eggs.  She REFUSES to smile.  It's hilarious. 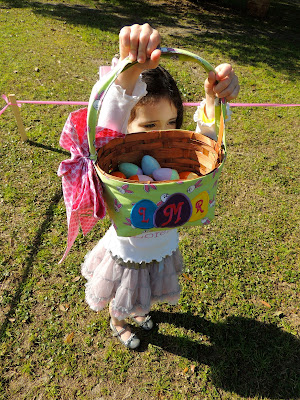 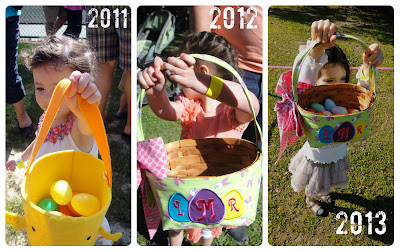 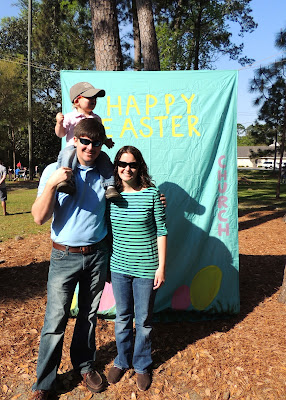 What's a festival without a little cornhole before you go?? 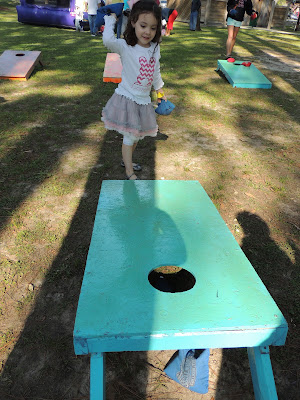 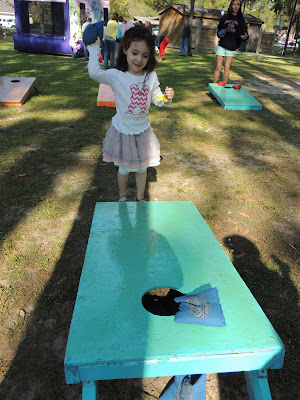 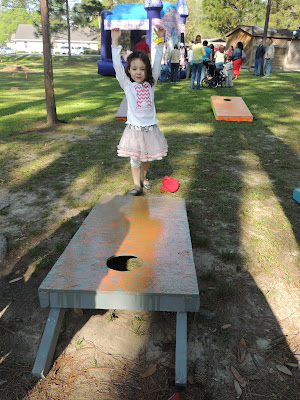 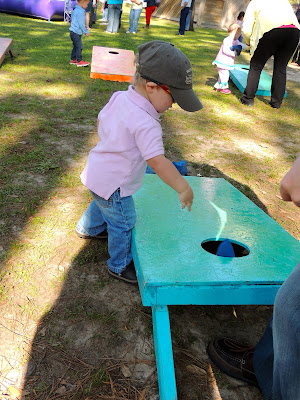 We had a great time and I'm looking forward to next year when Cooper will be there with us!  You can look back at our past Easter festivals:
2012
2011