Last year around Easter, Grammy bought LL some chicks.  LL has the memory of an elephant (no joke!) and was sure to remind Grammy that they needed chicks again this year.  Grammy came though again, and both kids got to play with them for about a week again.  We never let Cooper really play with them (baby hands go EVERYWHERE!), but we did let him play with them some for this pictures. 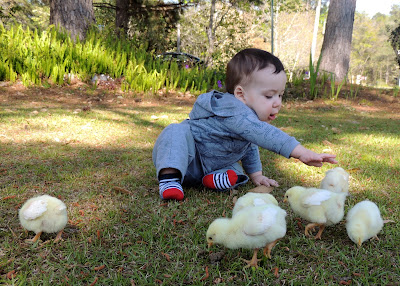 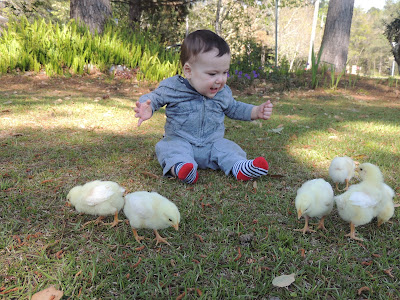 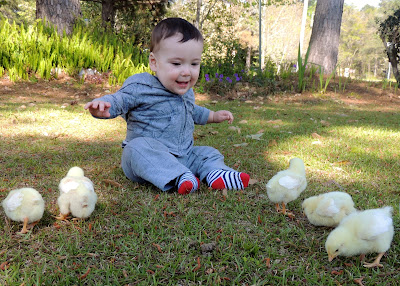 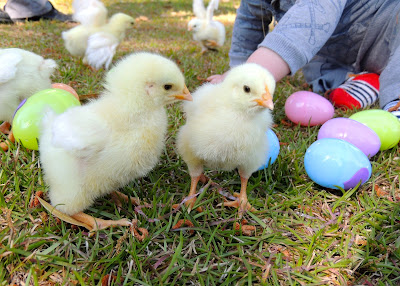 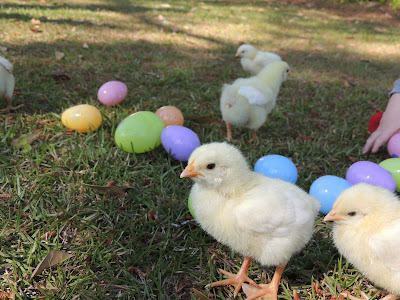 LL loved them and was a great Mommy to them! 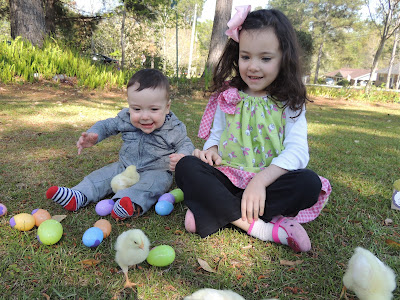 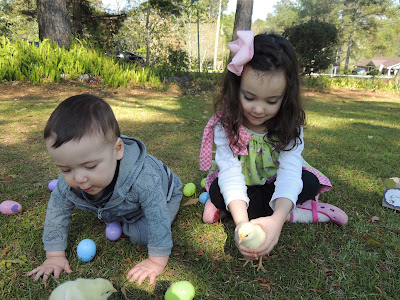 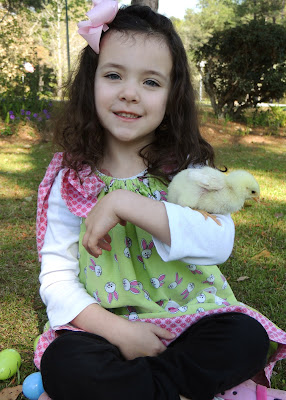 Poor chicks.  Cooper was not intentionally trying to hurt them, but 9 month olds are ROUGH on animals! 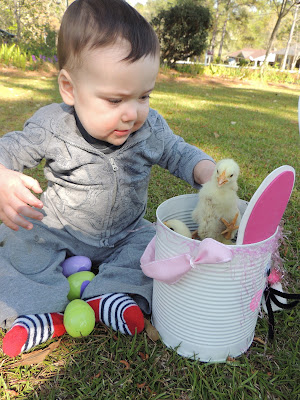 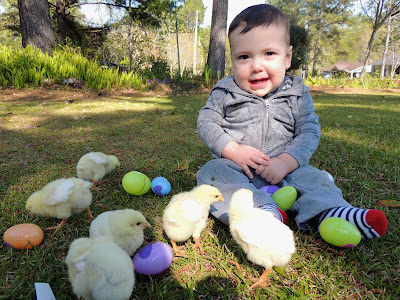 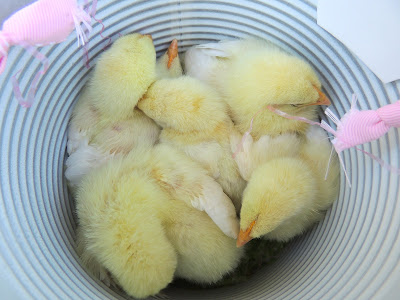 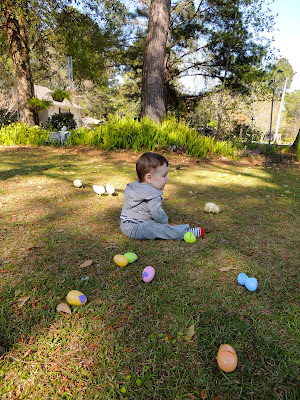 If you're wondering why there are so few pictures with LL - it's because she absolutely refuses to sit in front of the camera.  Luckily with Cooper, he can't really go far.  :)  So, LL, when you read this 20 years from now and wonder why there aren't many pictures of yourself, it's not Mommy's fault.  :)

hahahaha i'm cracking up at that last paragraph ;)