LL's preschool has only one fundraiser during the year - a Bunny Hop at Easter.  At the Bunny Hop, they have breakfast, a book walk, the Easter bunny, games, prizes, bouncy houses/slides, and an Easter egg hunt.  Obviously we wanted to go for LL to have fun AND to support her school!  Cooper got to come just to eat breakfast, but then Grammy came to pick him up so that he could nap at her house until it was over.


Um - is this not the scariest Easter bunny that you've ever seen??﻿ 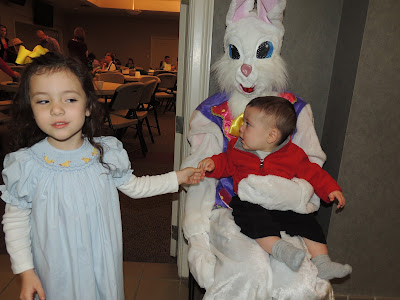 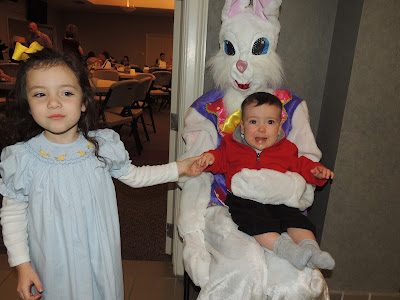 LL did the book walk, but insisted that I go with her.﻿ 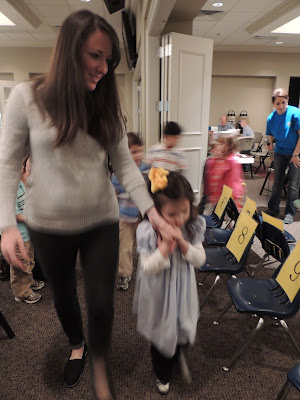 Family picture before Coop-man had to leave for his nap.﻿ 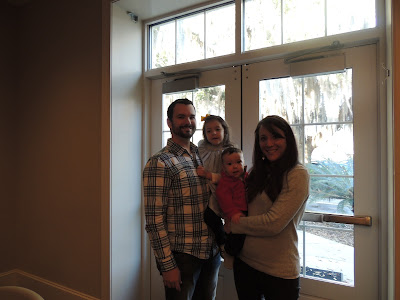 After breakfast it was game time!﻿ 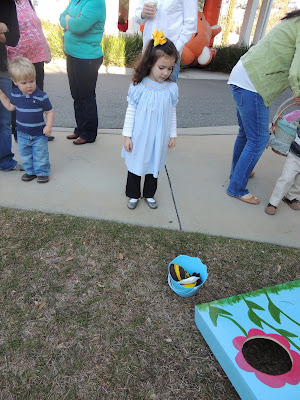 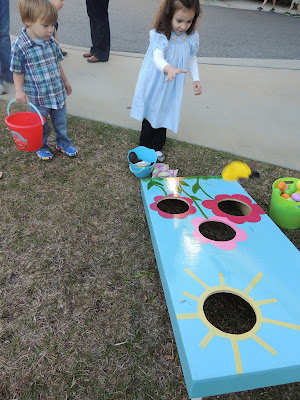 Looks are deceiving because this slide was HUGE!!  LL had no hesitation to climb up it, but then FREAKED OUT when she got to the top and saw how high up she was.  She wouldn't slide down and couldn't come back down the ladder - so that meant that Mommy had to go get her.  Should I mention that I have a HUGE fear of heights, too??  Poor thing just huddled in the corner until I got up there.  Once I got her - there was only one way down.  To slide.  Needless to say -- neither one of us enjoyed this at all.﻿ 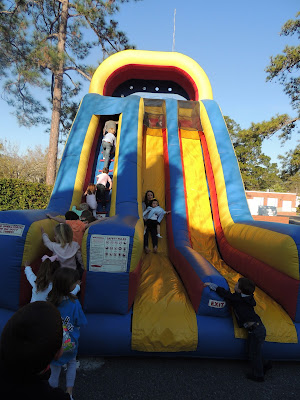 LL comes home from school every day talking about Greysen.  She talks about how much she loves him, he's her best friend, she's going to marry him, etc.  When she saw him, she was beside herself and couldn't wait to show him to us.  He has since moved and isn't in her class anymore.  :(﻿ 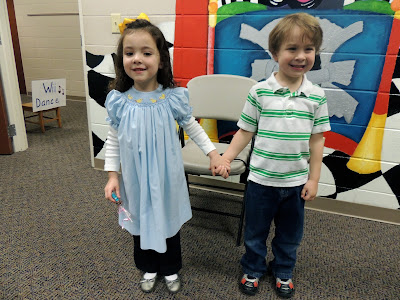 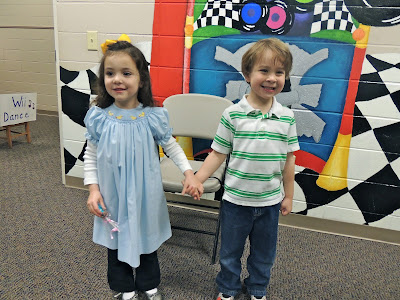 Waiting for the egg hunt to start!﻿ 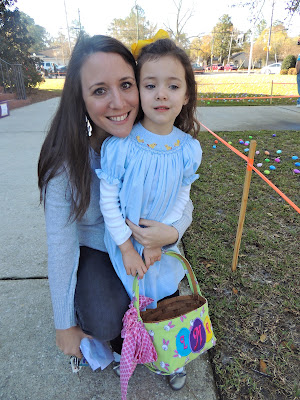 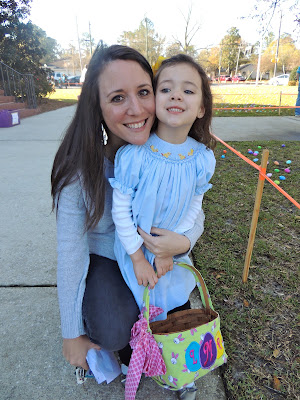 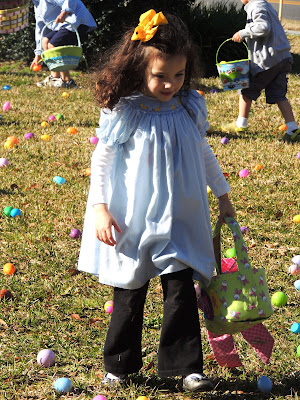 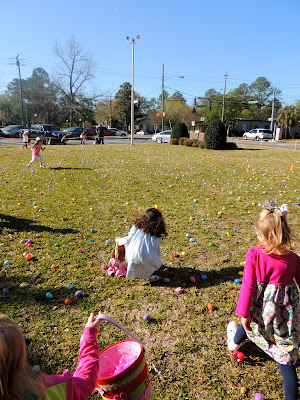 This Easter bunny looked MUCH better!!﻿ 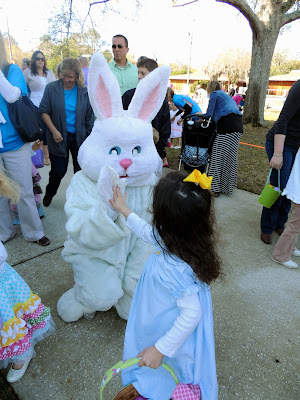 We really had a great time, and the school ended up raising $11,000!!  I know that we'll be going back next year for sure!