When LL started eating solid food, we just did the traditional route with her and bought babyfood from the store.  She did great on it, loved it, and is still a pretty good eater now (I mean - her favorite foods are raw carrots and raw tomatoes.).  When I got pregnant with Cooper, I just knew that I wanted to try something different this time.  I really had a strong desire to make his babyfood this time.  I looked into Baby Led Weaning a little bit, and while that is sort of the approach that we took when LL was older, it's not what I wanted to go with from the beginning of solids with Cooper.

When it came to making his food, there were three reasons that prompted me in that direction.  1 - I KNOW what's going into it.  Granted, when you buy babyfood in the store (i.e.: green beans), and you look at the ingredients, it will tell you "green beans, water".  So it's not like there are preservatives or anything in there.  But you have to think - they have to heat it to such high temps to kill any bacteria, that they're also killing all of the "good stuff", too.  So what the baby is getting is basically a whole lot of nothing.  2 - Variety.  Have you seen the choices when it comes to babyhood?  I think there are only 5 or 6 things in stage one.  I just wanted to be able to expose him to so many more flavors at as early of an age as possible!  I mean, you just can't find eggplant babyfood.  3 - price.  While some things are NOT cheaper when it comes to making your own babyfood (hello blueberries), some things really are.  For instance, I bought two cantaloupes for $2.50 each (so $5 total), and I got about 32 servings of babyfood from that.  That's like .15 a serving.  WAY cheaper than what you would buy in the store.

So here's a little of my journey in making babyfood!


The first two things that I made for him were sweet potato and zucchini.  Here's what I did: 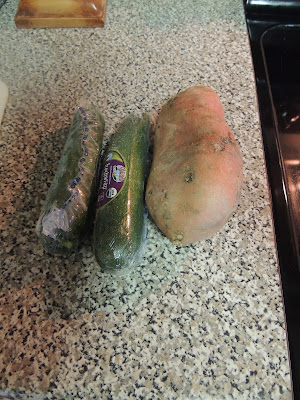 First I peeled it... 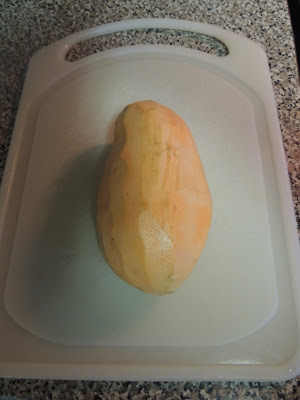 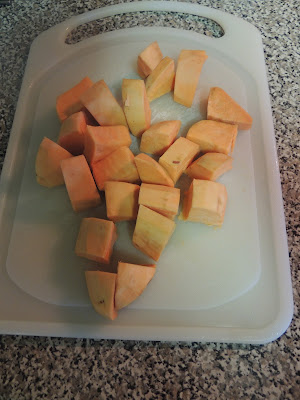 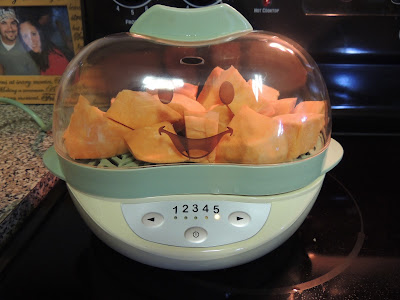 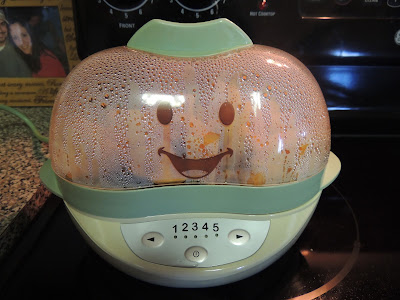 And blended it up! 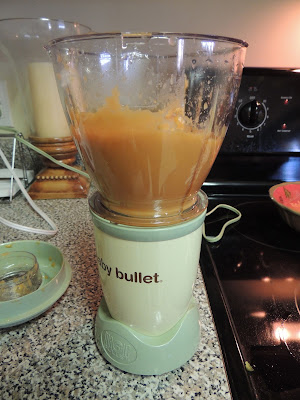 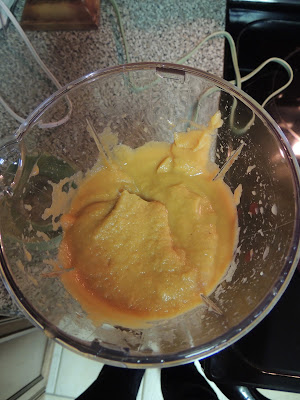 Next up was zucchini! 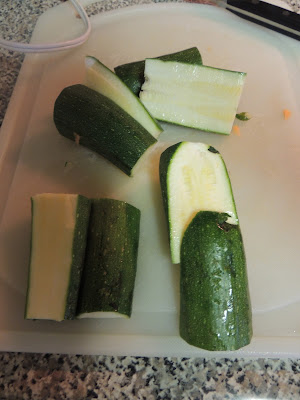 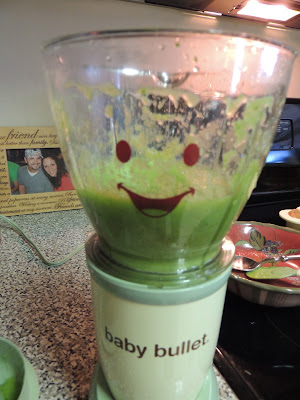 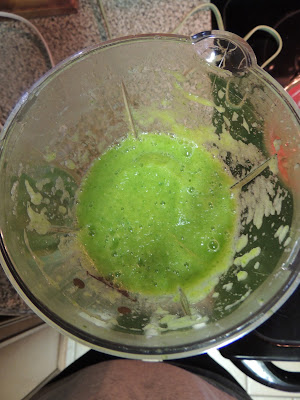 I froze some of it in this tray to be popped out later and stored in bags. 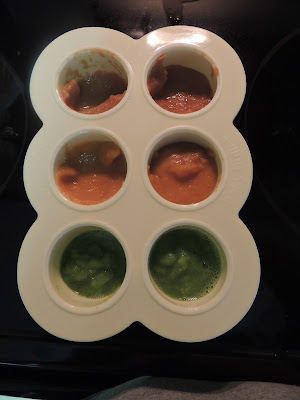 The rest of it I froze in these containers to be used first. 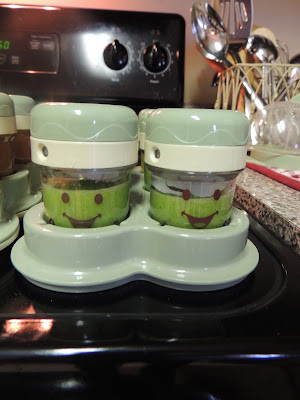 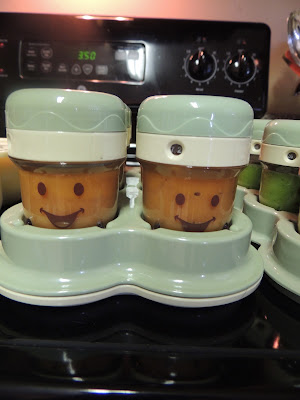 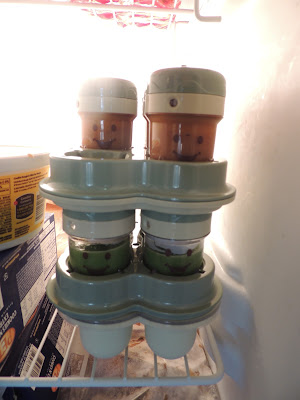 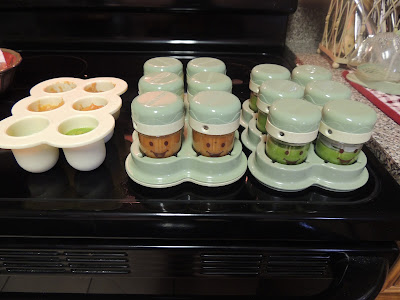 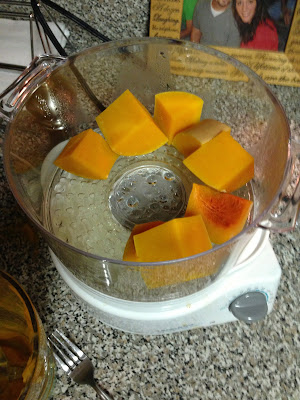 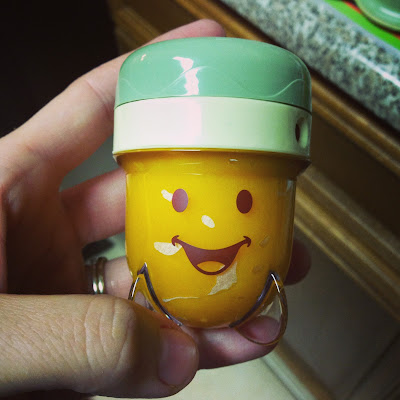 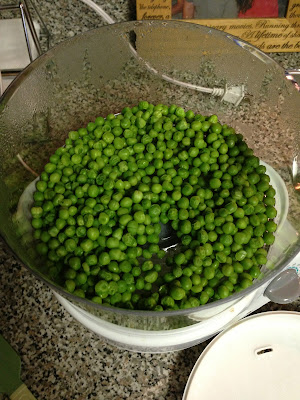 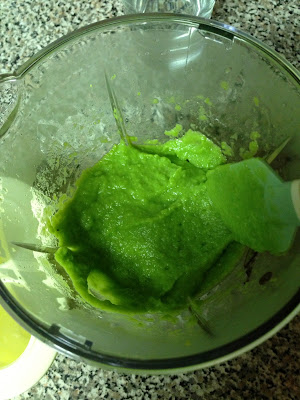 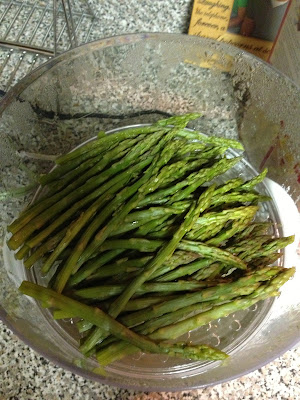 Here's a list of everything that I have made for him so far (some of this he has eaten and some of it is just in our freezer waiting for him to try):

I love making Piper's food! I'll have to try adding some vanilla and cinnamon to some of hers:)

Thats awesome! We made food for Anne Margaret and will do the same for baby Comer. It is a labor of love but like you said, so much healthier for them and you know whats going in it - not to mention the variety!

I have been making baby food for Presley, also. This gives me some new ideas to try. I didn't even consider making eggplantfor her and I even made eggplant for dinner the other night.Ice cube trays are great for freezing it. They are inexpensive and freeze 14 servings at once!

Very helpful! Thank you so much!