Going to the HoneyBee Festival is one of our yearly traditions.  This was LL's 4th year going, and Cooper's 1st (obviously).  It's funny because as we were driving home this year, I realized that I really kind of hate the festival - haha.  It's usually way hotter than I would like, there are TONS of people (really - it's ridiculous), I feel super rushed, and it's just crazy stressful.  That being said, even though I kind of hate it - I absolutely love it.  I can't imagine NOT going to the festival, and I know that we will continue to battle all of the craziness each and every year.

The festival runs all day, but when you have a baby that only stays awake for about an hour at a time (and naps a ton during the day still), and your drive there takes almost 30 minutes, there's never really a *good* time to go.  We decided to let Cooper get his first nap of the day in, wake him a little early to eat (about 10:15), and head there as soon as he got done with his bottle.  We got there a little after 11:00 (so he was basically ready for another nap), packed up in the strollers, and headed to the festival.

Despite this super happy look, LL was actually really excited to be there.  Just not so excited for pictures - haha. 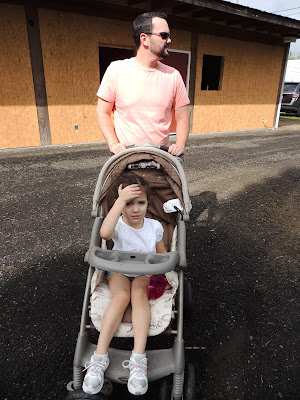 He went to sleep almost immediately!  We rigged up some fans to make sure that he stayed cool enough! 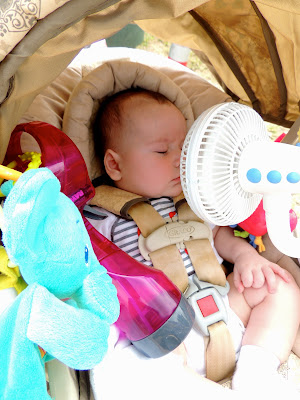 This is basically what you saw of him when you looked in the stroller - haha. 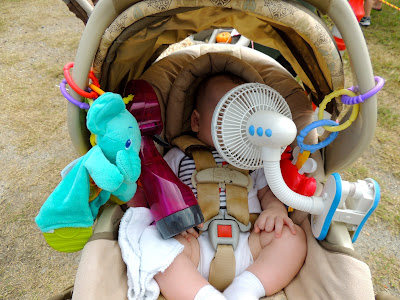 For several days prior to the festival, we kept telling LL that she would get to ride a horse.  She was SO EXCITED and I can tell you that the $5 for her to ride was SO worth it.  Look at my happy girl... 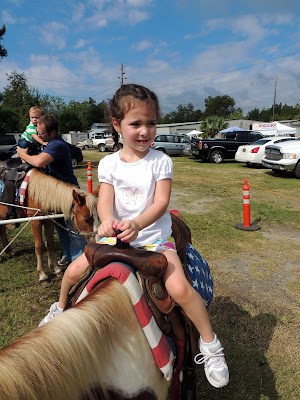 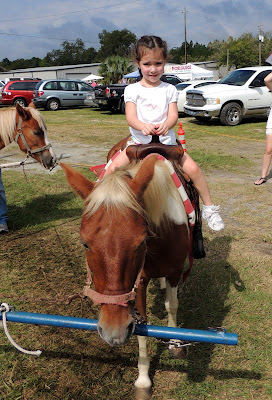 Here's a video of her riding the horse. 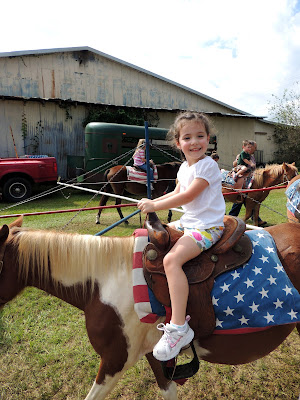 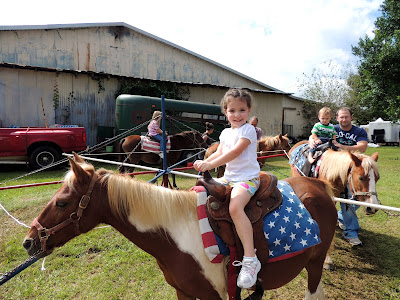 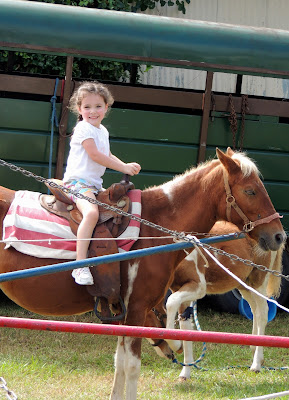 While LL was riding, Coop woke up from his nap (probably since we stopped moving), but he was still in a great mood.  :) 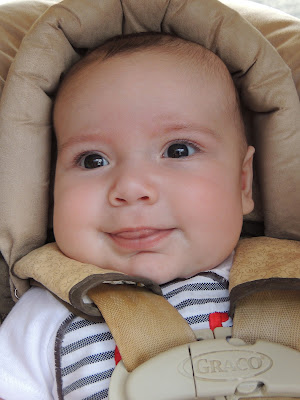 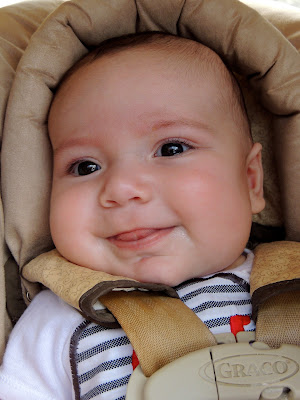 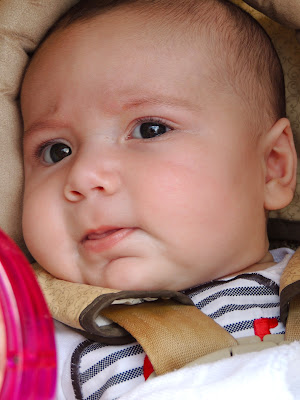 We got some lunch while we were there, but the parade started and Cooper was NOT a fan of the noise.  Basically, we scarfed it down as fast as we could and then headed back to the car.  On the way back, Coop and I hid out in the shade behind a building while LL and Daddy caught a few minutes of the parade.

LL was NOT happy to be leaving, but we really needed to get Cooper home, out of the heat, and down for a decent nap.  Next year, I'm looking forward to the fact that he will be so much bigger and we won't have to worry about time quite as much.  Even though we made a SUPER quick trip there, I still enjoyed it, and I'm glad that LL had such a great time! 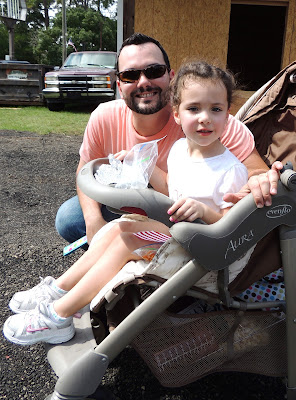 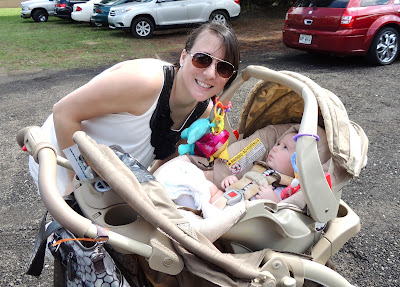 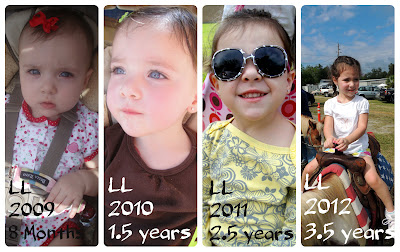 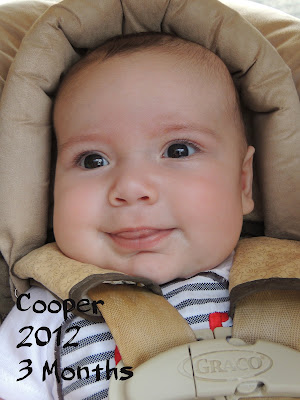 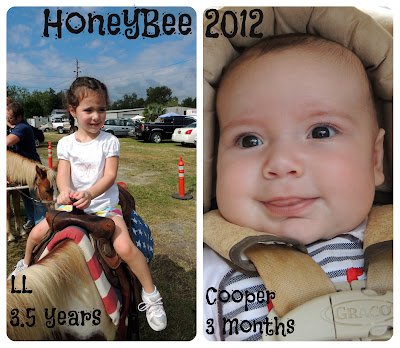 it was a quick trip for us too! and that lunch was DEF the highlight hahaha