I have taken LL to the firestation twice before during the summer (remember??), and - shocker - neither one of us really enjoyed it.  I think it's more of a "boy" thing, and we just weren't crazy into it.  When her school said that they were going to take a field trip there, I knew LL *probably* wouldn't love it too much again, but I hoped that maybe she would change her mind now that she's older.

They were originally supposed to go the week before I went back to school, but it go postponed.  They re-scheduled it for a day that I was on Fall Break, so I got to go anyway!

I took her to school for all of us to meet up, and we headed there about 9:15.  They had called and talked to the fire station and made reservations.  But.  We got there and there was NO ONE there.  Like, doors locked, empty, no fire truck in sight.  Pretty embarrassing for all of the teachers!  I felt so bad!  Finally the school got ahold of them and they said they had training and forgot (??) that they had scheduled the field trip. 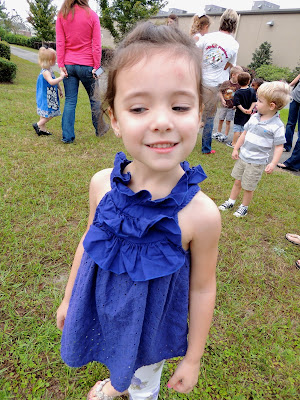 Waiting at the "closed" fire station. 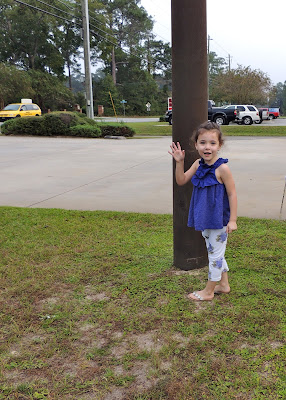 Luckily another fire station across town was totally up for about 40 3-year olds to come for the tour.  For a last minute thing, they really did a great job!


She was actually pretty happy to see a fire truck! 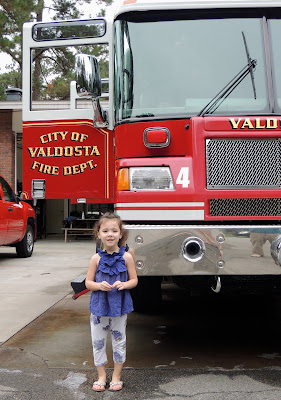 Trying to pass the time until it got started. 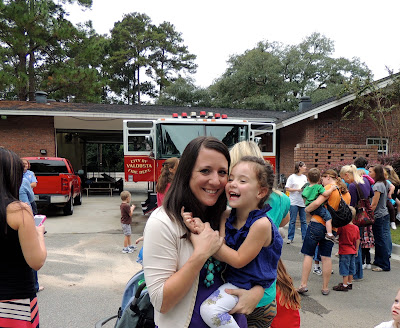 Waiting in line to climb in the fire truck. 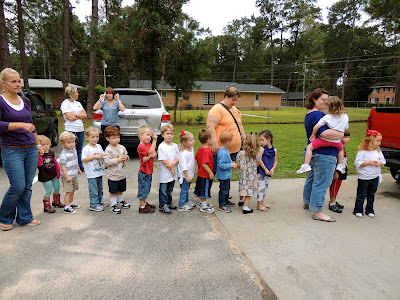 SHOCKED that she got in and was happy about it!! 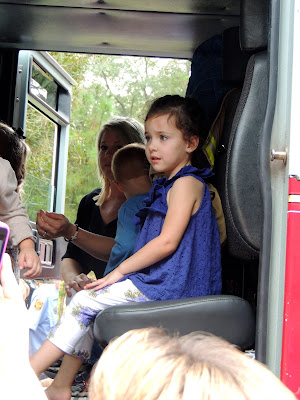 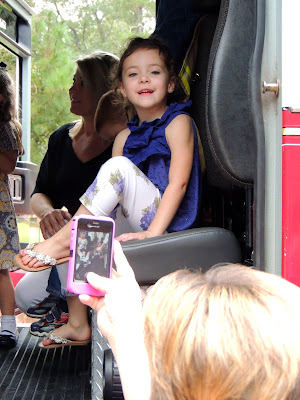 She also loved her turn "driving" it! 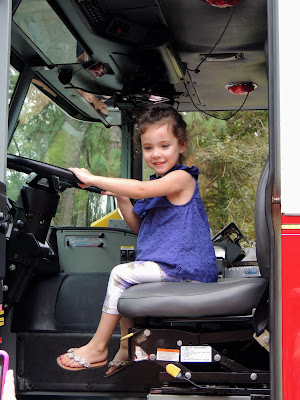 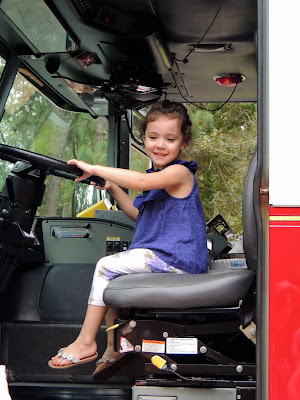 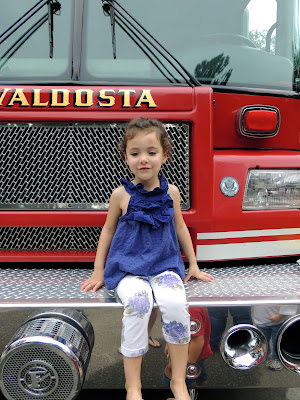 Then it was time for the demonstration where they put on the suit.  Still not a fan - haha. 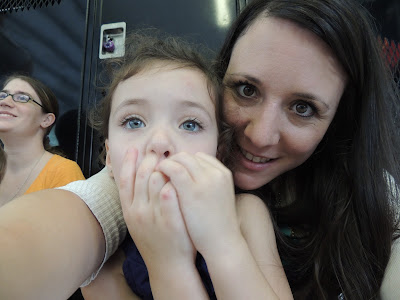 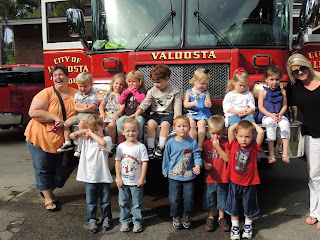 After the field trip, we went back to school for a quick story, snack time, and recess! 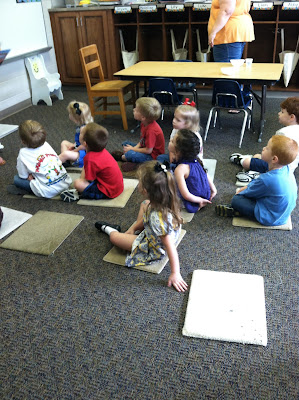 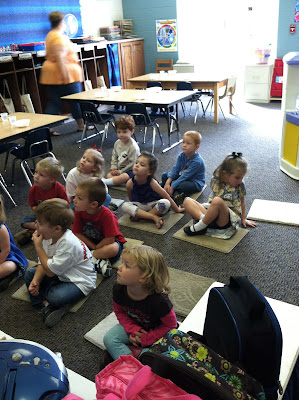 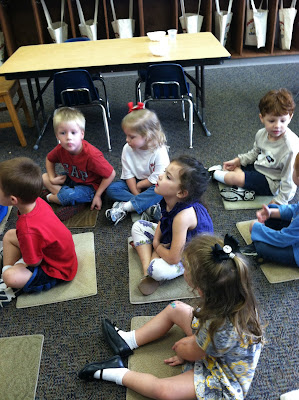 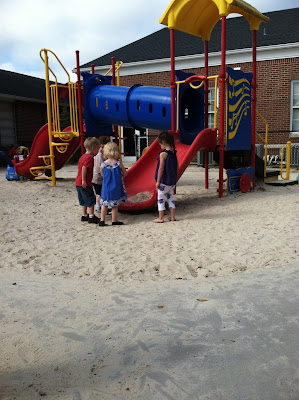 They have to keep a finger on the wall when they're walking.  :) 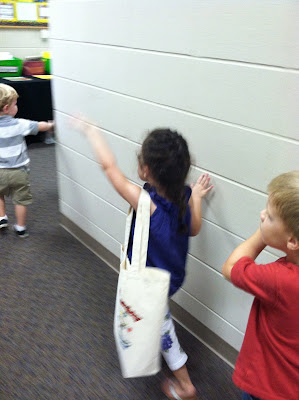 Overall, she did MUCH better than I expected!  Hopefully she'll be more into it now that Coop is here - and I'm hoping his reaction is better than hers.  I am happy that I got to go with her on her first field trip!

the little red headed boy, Jayson, is our cousin ;) You know you had to have a parker relative in her class...duh!!! :) Glad it was a better experience than usual, but I KNOW you missed me :) OH and I love her outfit! Put that in a "brittlynn" pile for me when she outgrows it haha!