For a little while now, I've been hearing some buzz about Advocare.  I have a few friends on Facebook who use it/sell it.  Emily's friend Danielle is totally into it.  Honestly - I typically don't go for this kind of stuff and I'm MEGA skeptical.  I mean, usually, it just seems like a "thing" to do and that other people make money off of you for doing.  Then, Emily posted about how she did a 24 day challenge with Advocare and was really into it.

Honestly, even then, my thought was, "Great.  Glad you liked it.  Not interested." (Sorry, Em!).  Then, she started talking to me about how Matt may like it.  Matt has had a struggle with his weight on and off for most of the time that we've been married, but has really been struggling with it recently.  Here is what Matt looked like when we got married in 2004 (8.5 years ago).  This is also his end goal for what he wants to look like again: 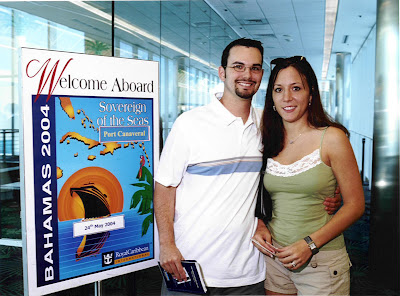 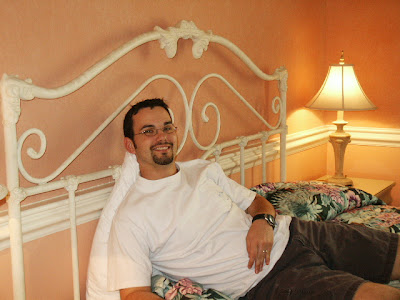 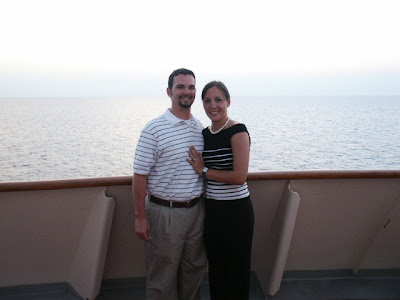 By summer of 2006 (so, 2 years later), he had started to put on a little weight.  No biggie.  I mean, he worked out like CRAZY before our wedding, so it was no surprise when he didn't stay quite so small when he quit working out as much. 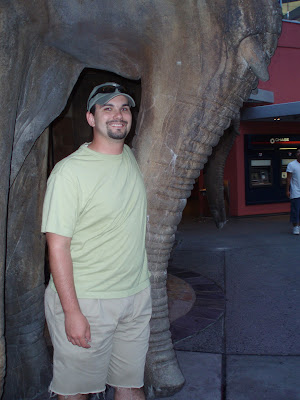 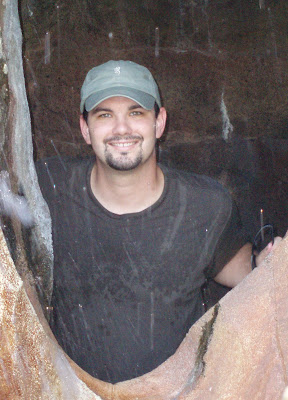 Towards the end of 2007, he had lost a little bit of weight/stayed around the same area and was looking pretty awesome. 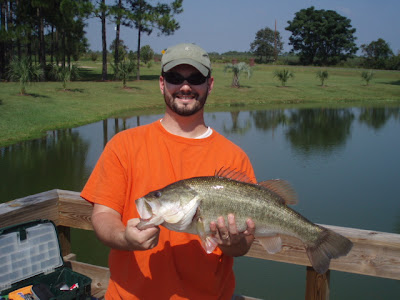 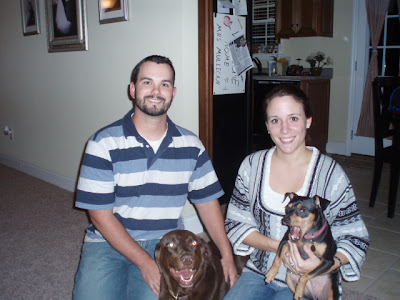 Around the middle of 2008 (so 4 years after we got married), we both really started to notice the weight gain.  It wasn't anything huge at once, just a gradual change. 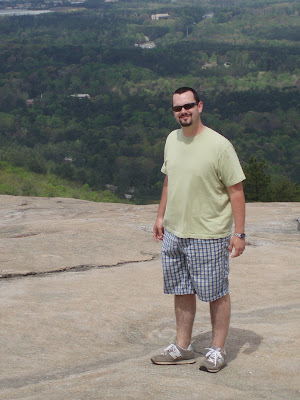 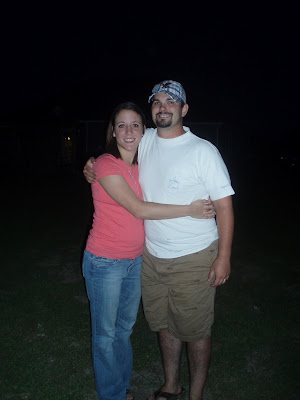 December 2008 (As I gained weight with my pregnancy, so did he) 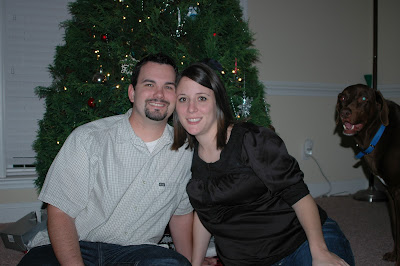 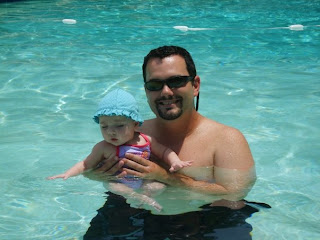 As we all know with weight, once you put it on, it's hard to get it off.  Really, from my pregnancy with LL until now, he has fluctuated some, but has mostly held in the same area.

February 2010 (still such a mega hottie - no matter his weight!) 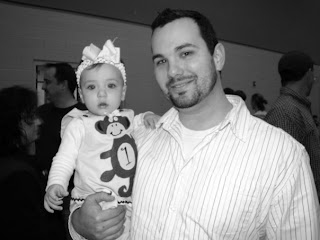 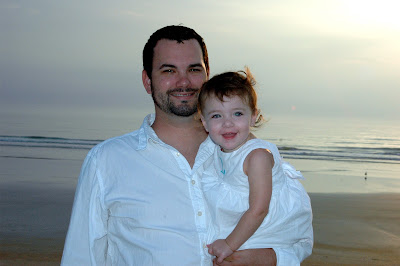 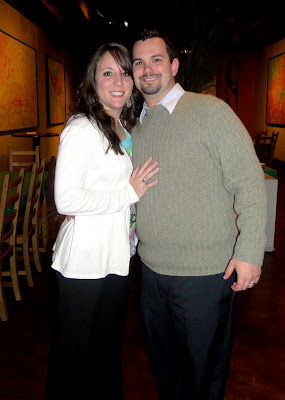 August 2011 (This is in the first few months following my miscarriage.  This was a really dark time for both of us {more than we ever told anyone} and this is the point where his weight got pretty out of control.) 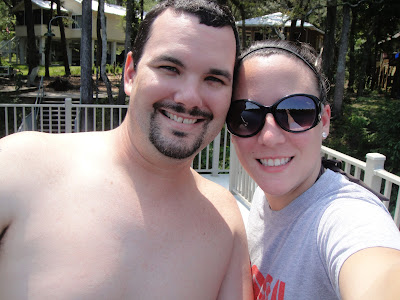 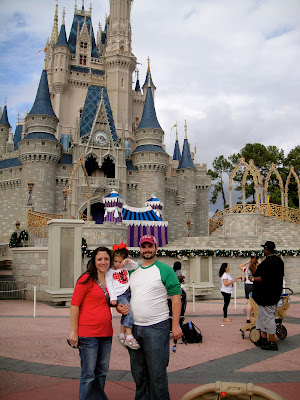 April 2012 (I was well into a very healthy pregnancy, and Matt started to get his weight under control with Slim Fast.  He did it enough to slim down some (no pun intended), but not enough to make huge difference). 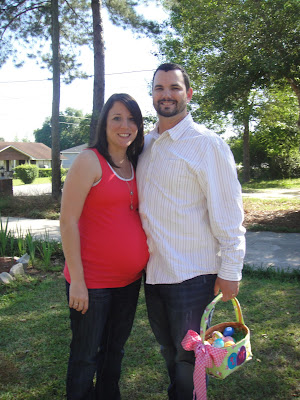 July 2012 (This is right after I had Cooper - and these pictures are what prompted him to really make a change.  We had obviously been eating well and not watching anything that we ate.  When he saw these pictures, he was shocked, not happy, and really wanted to make a change.) 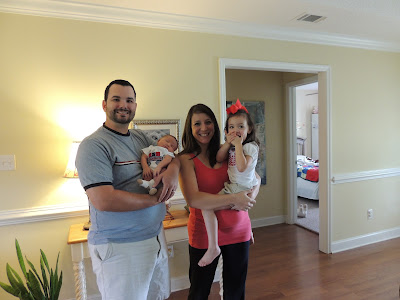 Enter current time - in August is when Emily started talking to me about Advocare and her 24 day challenge.  When she sent me her pics, we both were super impressed in the change that she had seen in such a short time.  She started talking to us about Matt going in with a group of about 8 people to all do the 24 day challenge together as a competition.  I mentioned it to him, pointed him to both Danielle's blog and Emily's blog to do some reading, and left the rest up to him.

He came to me to talk about it a few days later and said that he wanted to do it.  We had a long talk about it and I told him that I supported him 100%, but that he had to take this SUPER seriously.  24 days is a good chunk of time.  I didn't want him to take it seriously for the first week or two and then just give up.  That would waste money and for sure wouldn't get him anywhere.  He was really committed, so he jumped in with both feet.

The first day of the challenge was August 15.  That morning he took a picture of his scale, and I wrote down all of his measurements.

Over the next 24 days, he did really awesome.  He did great with his eating, and he also started working out.  We started paying for a gym membership back in April, but he hadn't really used it much.  That all changed during this 24 day challenge!  He started going to the gym during his lunch break on any days that he was in town.  At first, he couldn't do much cardio, but I still gave him major props for TRYING and working out for his whole lunch hour.

Towards the end of his challenge, he started to notice a difference in both how much he could work out and in his clothes.  Pants that were tight at the beginning of the challenge were starting to fit like they were supposed to.  At the beginning, he would "run" a mile, but would end up walking about 3/4 of it.  By the end, that had reversed and he was RUNNING 3/4 of it.  Another thing that we noticed with the challenge is how much better his memory was.  The Spark drink that is included is a natural energy drink that also helps with mental focus - and it really did!  For the first time in a loooong time, he was remembering to do things without me having to remind him.  He was remembering things that even I had forgotten about!  Also, because of a combo of the supplements and the working out, he had so much energy!  Some other benefits that we saw were that he was sleeping better at night and snoring less.  These are a lot of positives!

The challenge ended on September 8 and we took his weight and measurements again.  Here's how he did:
He lost 9lbs 4 oz. and 10 3/8 INCHES.  Um - that is AMAZING!  We're talking about 24 days here!

Here are all of his before/after pictures.  The "before" is on the left, and the "after" is on the right:

First, let me say that I am SO PROUD of my husband.  He worked extremely hard for those 24 days, and has continued to do so even after the challenge ended.  He has still been working out as many days as he can, and he is really motivated to make a change.

Second, I want to tell you how much we (well, mostly Matt) have fallen in love with these products.  While Advocare didn't do it all for him, it definitely helped him a TON.  It gave him a plan to follow, gave him amazing products that he loved, and it gave him motivation to get healthy and stay healthy.

I'm in the process of weaning Cooper right now (I have to go back to work soon), but because of what I've seen with Emily and Matt, I am PUMPED to do this challenge myself soon.  I told Matt that my goal was to complete it by Thanksgiving.

We love these products so much, that we decided to buy into the company ourselves to be able to get the discount because it will help us save on my challenge and any other products that we buy from here on out.  If you are a woman, I encourage you to go read about Emily's 24 day challenge.  Women's bodies (especially after having a baby) are SO DIFFERENT than a man's.  If you have a husband that you'd like to inspire to lose weight, please show him this.  EVERYONE loves to have someone to relate to.  We aren't super health nut people.  We love to eat like anyone else.  Hopefully this will motivate others to see that this IS possible.

I'll be posting periodically about Matt's weight loss journey and how he's doing.  He's down 10 lbs, and has about 30 more to go.  I KNOW he can do it, and I can't wait to encourage him along the way.  I really want to say again how SUPER proud I am of him.  I am so happy that he wants to be a healthier person for me, our kids, and also for himself!  I want us to live a LONG, healthy life together, and this is the first step!

If you have any questions you'd like me to answer
(or if you'd like to do the 24 day challenge!), you can comment here or email me at rmullican2509@gmail.com

I'll be sure to let you know before I start my 24 day challenge, and maybe a group of us can do it together!  I'll quote what Matt has been saying a lot lately to everyone, "Will you get healthy with me?"

SOOO proud of Matt!!!! I cannot get over his pics!!! He did so awesome with the challenge and it makes me so happy that something I did to help meet my own goals is helping him to meet his. I'm totally jealous that you get to do the legit challenge before I can! I'm excited for you too :)