Dinner at Grammy and Pop's

We are very slowly trying to get back into a more "normal" way of life.  Before Cooper came, we were busy ALL the time.  On an average week, we were probably out and about for at least 3-4 nights a week.  Obviously, towards the end of my pregnancy and since he's been here, we have NOT been living like that.

Grammy called one night and asked us if we wanted to come over for dinner.  Cooper had never been to her house and we hadn't been over there since the end of my pregnancy.  The weekend before we had ventured out to a friend's house for a couple of hours in the evening to watch the opening ceremony (well - we had to leave before it actually got started - haha) of the Olympics, and that went well, so I thought it would be worth a shot to give it a try.  I pumped a bottle earlier in the day and we headed out after LL woke up from her nap and I fed Cooper at his 4:00 feeding.

All dressed up in his FSU gear just for Pop! 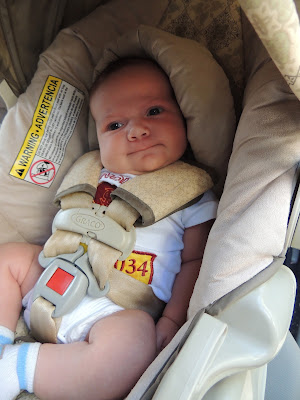 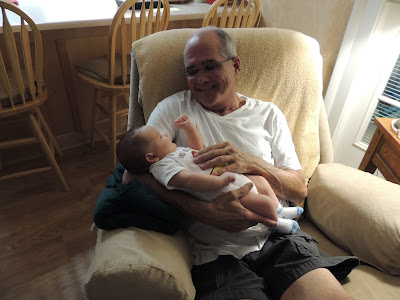 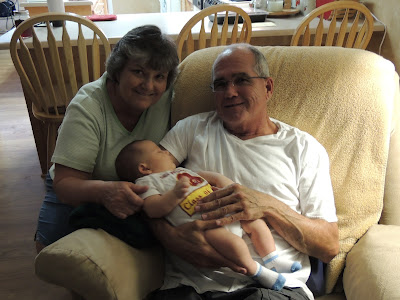 He did SO GOOD during dinner!  It was his nap time, so I put him in here and he just snoozed while we ate.  :) 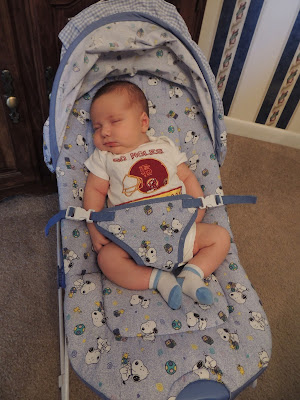 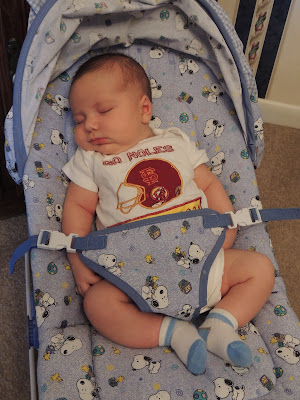 MeeMee came for dinner, too!  I'm so happy that both of my kids get to grow up with their great-grandmother in town! 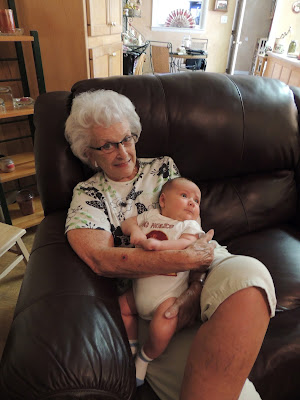 Now that we're starting to tackle going places, it's time for us to have a "first trip" dinner date at the other grandparents' houses - hint hint!  ;)