Mommy's Having a Baby Class at SGMC

When I was pregnant with Lorelai, there were quite a few classes that we took at the hospital prior to her birth.  This time, there were only a few that I wanted to take.  The first one is called, "Mommy is Having a Baby", and it is, obviously, a class for siblings.  I really thought this might be a good way to get LL ready for Baby C to come.  Really, though, I thought more than anything that it would be a good chance for her to SEE what a hospital is.  I keep telling her that we'll get Baby C from the hospital, but she doesn't know what that is!  She can tell you the answer, but (other than when she was born) she's never actually been there before.  I really thought it would help her to go up there before there is a bunch of chaos, Mommy is in a hospital bed, family is all around, etc.  Plus, I thought it would be great to take her up to the nursery to see any babies up there.


We were the first ones to arrive, and LL was in  a pretty good mood and ready to go!  I think she thought we were there for some kind of play, though??  She kept saying, "The kids are about to come out and sing!"  I have NO IDEA where she got that, but it's definitely not what happened - haha.

Sitting with Daddy - waiting for the class to start. 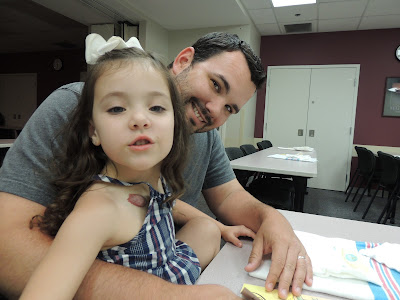 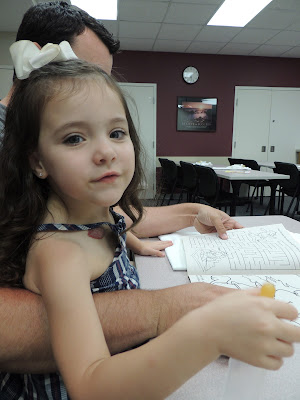 All of the supplies: a blanket, shirt, diaper, bottle, and coloring book.

Part of the instructions were that the sibling needed to bring a doll to practice with.  LL picked Mickey. 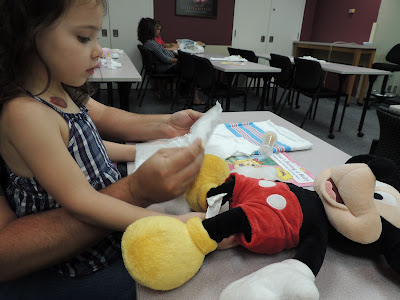 This is where things started to go downhill.  Once she realized that we were supposed to do things TO Mickey, she was not a happy camper. 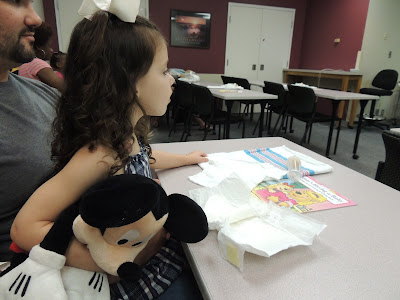 In other words - while the other kids were diapering, swaddling, feeding, and burping their "babies", we sat like this.  At least she was watching the instructor and paying attention! 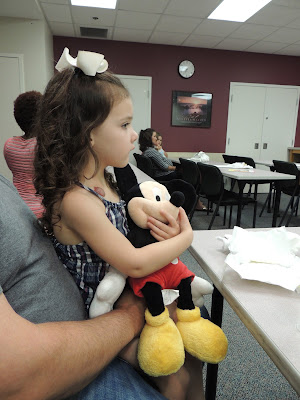 Then, the instructor gave the kids about 10 minutes to color.  At least she would participate in this part (well - for a little bit)! 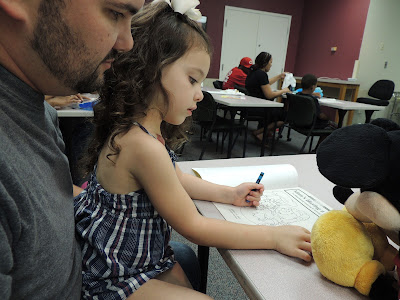 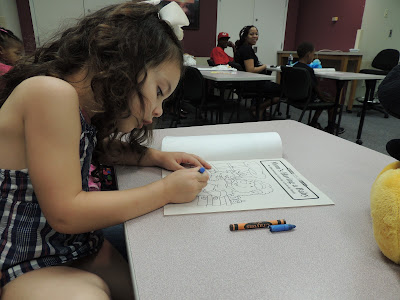 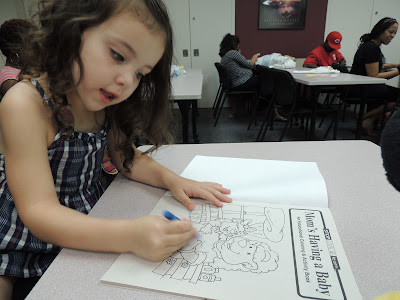 Her certificate she got for participating in the class. 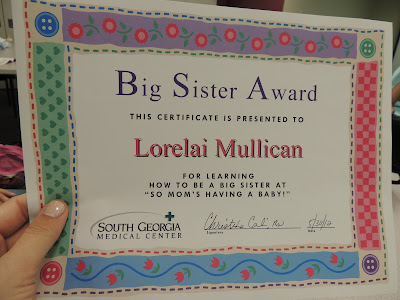 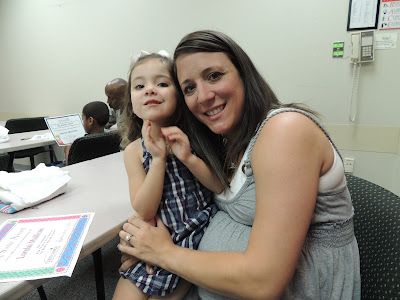 After that part of the class, all of us went upstairs to see the babies in the nursery.  There was only one (and he was pretty far back), but at least it wasn't empty!  Overall, I think that the class itself was a complete waste of time, but I agree with what I originally thought: it was good to let her see what the hospital was (and that it wasn't scary!) and to see the nursery.