After a very fun, long trip, I'll be honest.  By this point, I was SO ready to go home.  This is the longest that I have ever spent away from LL and I was ready to get home to see both her and Matt.  We decided this morning to get up and go find breakfast on the Pier.  We got there before most of the shops opened, so we just found a bench to sit on, and we watched the Pier and Santa Monica wake up for the day.  We eventually got a hot chocolate and a muffin, but we still just sat and watched families coming to the beach for the day, vendors setting up on the Pier, etc.  We did wait for a hat vendor to open up and I bought Matt a fedora from the vendor.  He's been wanting one for forever, and I thought - what cooler of a place to get one from than the Santa Monica Pier, right? 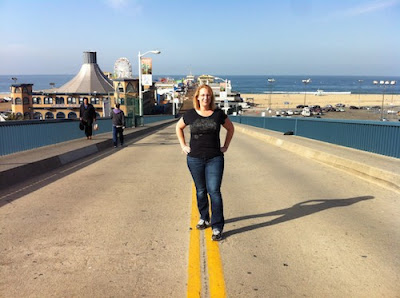 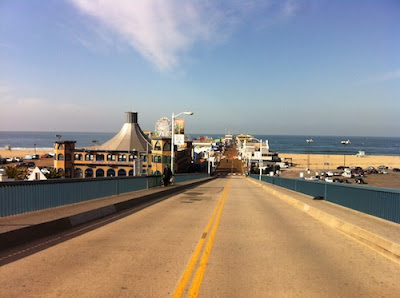 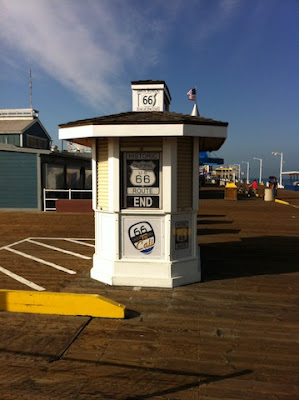 We enjoyed having everything all to ourselves.  :) 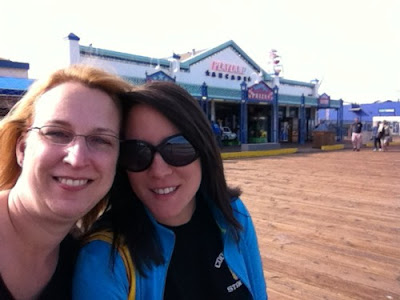 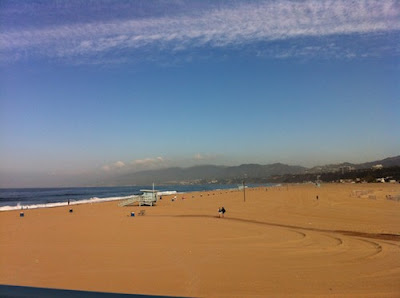 One of the first vendors to come out for the morning was this guy.  He had a bicycle that had like 6 parrots that he would let people hold and take pictures with.  It was pretty fun to watch! 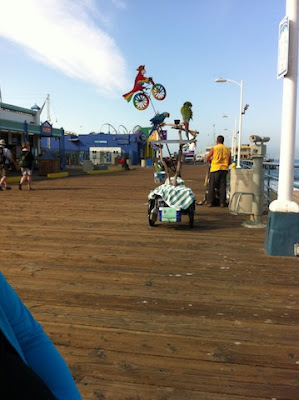 We hung around until about 10 and then headed back to the hotel to get all packed up.  Our flight headed out at 3:45,  but we had to check out of our room by 12.  Plus, we had NO idea how long it would take us to get to the airport, drop off the car, check in, etc.  So we headed out about 11:00 and just decided to go ahead and head to the airport.  Everything ended up going MUCH faster than we anticipated, and we ended up having a good bit of time to kill at the airport.  Really, though, I'd much rather have to wait around than to be late and have to stress and rush.


Can you see this without singing the song in your head?  "Until the sun comes up over Santa Monica Boulevard!" 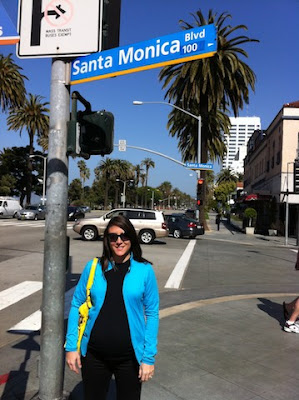 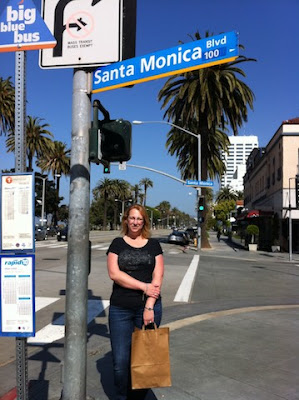 Bored and waiting at the airport

This guy came over and sat down to wait for our flight, too.  He had headphones on and had a laptop out, yet I could still hear his music (well the beats of it anyway)??  I didn't get the point of the headphones.  At one point, I even turned to Laura and said, "I hope he isn't the 3rd person in our row - I can't listen to that all the way back to Atlanta!"  Then, we started noticing that people were making kind of a big deal of him - taking pictures, asking for autographs, etc.  I got her to fake taking a pic of me (hence the top of my head in the pic) so that I could put it on Facebook to see if anyone knew who he was.  No one did.  I could make out from other people that his name started with a W.  At home a few days later, I was talking to Matt about it and told him I thought it started with a W, and he said, "Wocka Flocka?"  We googled it, and sure enough!  That's who it is!  Some rapper that I had never heard of - haha.

Our flight got in Atlanta around 11:30 Georgia time, but Laura and I still thought it was only around 9:30.  We got our luggage pretty easily and went straight to her house.  I was SO anxious to get back to see Matt and LL that I was up at 6:30 the next morning!  I had planned to take my time and get ready and then get home (my goal was to leave by noon), but I was super ready to see them, so I left by like 7:15!  I figured I'd just shower when I got home - I was ready to see my family!!

When I pulled in, this is what I saw on the front of our house!  It totally made my homecoming that much better!

I really was impressed with Matt's bubble lettering skills.

It was SUCH a good trip and I really enjoyed spending so much time with my sister!  I think that we have a really good tradition of our girls' trip each year, and I can't wait to see all of the fun places that we'll go in the future.  :)