Taking LL to Tallahassee every year for Chick Pics has become a tradition.  The first year, I was in school so Mrs. Becky took her by herself to get them done.  Then last year we went on a Sunday so that I could go, too.  This year, I had a random day off of school (Friday, March 9 - a furlough day), so we went and had them made then.


This year was SUCH a fun experience!!  LL had a BLAST and her pictures were the best ones yet!  I'm also super impressed with LL's dress this year.  Grammy made it (duh!), but I really think that this one is my favorite Easter dress that she's made her so far!  (And if you love it, too, you can totally order a custom one from our Etsy store!)


I never buy very many pictures because they are SO expensive.  Like, crazy expensive.  I had to narrow it down to my top 4 favorites since that's all I could afford.  So here they are!  (Keep in mind - I had to scan these in from my actual pictures, so the quality is not as good as a digital image or seeing the prints in person). 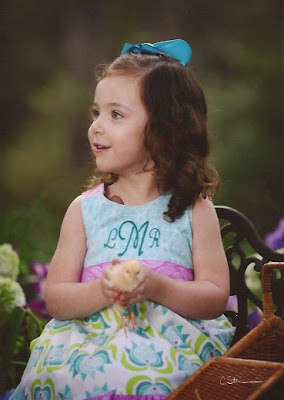 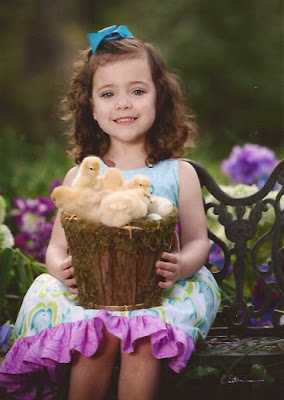 It's hard to pick, but I think this one is my favorite! 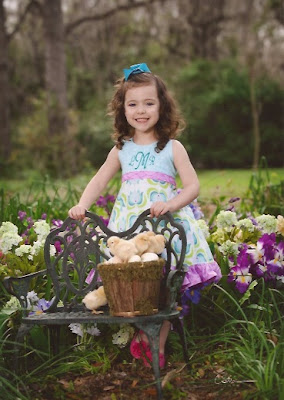 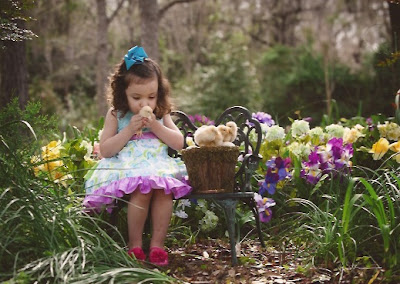 Gentry also took some videos of the actual picture taking process on her iPhone.  They're pretty cute for seeing what actually took place while we were there.  The first one is a little blurry, but it's still cute.  In the second one, you can see her picking up a chick for the fist time (and how nervous she is about it - haha).

You guys know how much I love a good comparison.  :)  Look how much my girl has changed in 3 years!

We had so much fun and I'm so excited to think that next year I will be taking TWO kids to the chick pics!

her pictures are adorable. I love the 2nd one. Those videos are to cute. She has grown so much in 3 years

the last pic is my fav,,it looks like a little enchanted garden :)

I know I always comment on how pretty she is, but she really is SO pretty! I love the last pic too!

Aw - thanks Ashley! That's super sweet!! Of course I think she's pretty (duh) but it's always nice to know that other people do, too!