If you've missed out on the first two days of my trip, check out day1 and day 2!


Day 3 started out pretty much the same: me waking up WAY earlier than I should have.  Where is all of this sleeping in that I planned to do??  Our goal for this day was to get out of La Jolla and head to San Diego to do some exploring.


I decided to try my "Pancake and Bacon" cookie for breakfast.  And, yes, that's a legit piece of bacon.  It was pretty good.  Not my favorite, and it DEFINITELY took some getting used to, but it wasn't bad!

After we got ready for the day, we got the car and headed to some places around San Diego.  We went to Old Town and Little Italy, but it was SUPER early still (well, only like 9:00), so not a lot of things were open and the wasn't a lot to do.  We decided to drive over to Coronado Island.  Our original plan was to drive there, hang out and look around some, and then eat lunch at the Hotel Del Coronado.

Even the roads were just so pretty!

This is the HUGE bridge that you have to take to get to Coronado. 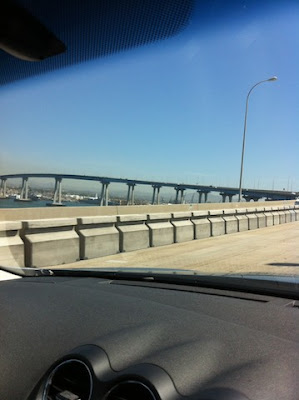 The first thing that we did when we got there was to check out the beach at the Hotel Del Coronado.  It's pretty well known for having a beautiful beach, so of course we wanted to check it out.  It was very pretty, but it was also still pretty chilly, so we didn't hang out long.  It's hard to know what to do at the beach when it's kind of too cold to take off your shoes, get in the sand, sun bathe, etc, ya know?

The beach outside the hotel.  It was SO pretty. 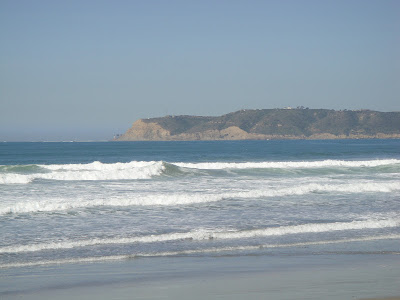 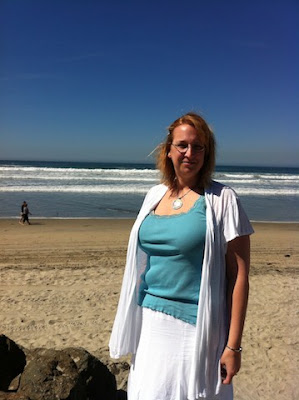 Don't you just LOVE it when people offer to take a picture for you? I sure do! 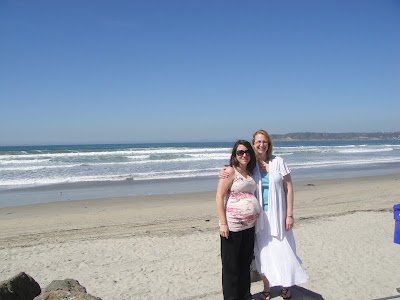 We decided to find a parking space in downtown Coronado and just go look at all the shops there.  The island is GORGEOUS and I was happy to just explore it for a little while.  We looked in several different shops and bought a few cute little souvenirs.  I started getting super hungry, so we found a cute little sandwich shop to eat lunch at (and I totally can't remember the name of it).  We decided to just eat downtown instead of paying a ton of money for lunch at the Hotel Del Coronado.


This is where the scary part of the trip comes in.  I hadn't been drinking as much water as I normally do that morning.  We had spent a good portion of the morning in the car, and it's much harder for me to remember to drink when we're just riding around (versus walking around - then it's VERY easy for me to remember!).  I also had gotten pretty tired and warm from all of the walking we had done.  When we got in the sandwich shop, it was pretty warm in there, and I had to look up at a board to decide what I wanted to eat. All of a sudden, I started to get SUPER hot, pretty light headed, and I just knew I was going to pass out.  I quickly told Laura what I wanted to eat and found a table before I passed out.  I sat down, put my head down, and made sure to drink some water while I waited for Laura.  It passed pretty quickly, but it really scared the mess out of me!

My lunch!  It was amazing.

We sat at a window table and this is the view of downtown Coronado from where we sat. 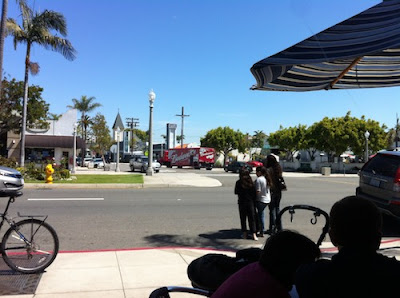 After lunch we tried walking around a little more, but I was still feeling a little light headed, so we didn't browse for long.  We headed back to the hotel in La Jolla for a little rest that afternoon (shocker.  Are you noticing a pattern??).  After my nap, we decided to spend the evening in San Diego.  We looked up this pizza place that was featured on Diners, Drive-Ins, and Dives that Laura had been to the last time she came to San Diego.  After driving to the WRONG location and ending up in a really shady part of town, we finally found the right one.  It's called Pizzeria Luigi and it was pretty good.  It was super busy when we got there.  I did enjoy the pieces that I got, but my favorite was actually a barbecue chicken pizza that Laura got.  It blew the rest of them out of the water! 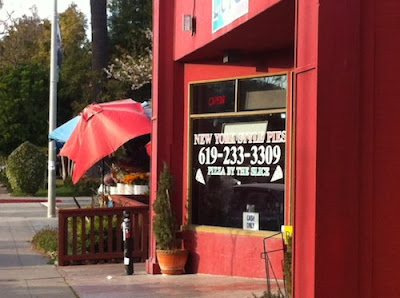 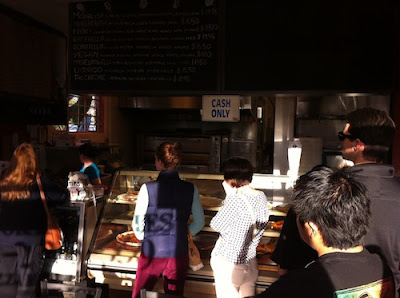 You have two choices: order an entire pizza and they'll cook it for you, or you can just buy slices from the pizzas that they've already cooked. 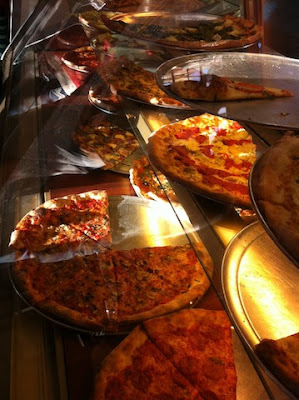 My pizzas: just a plain cheese (R), and a white cheese, no sauce, and mushroom (L) 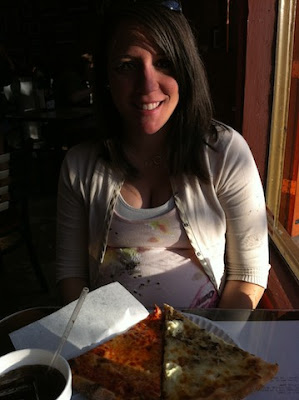 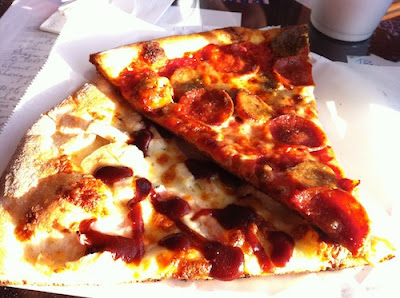 Proof that Guy had been there.  :) 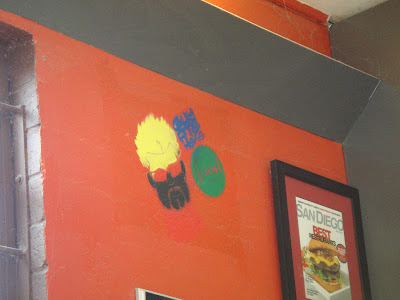 After dinner, we headed to Horton Plaza Mall to walk around a bit.  It was like a regular mall, except the area that you walk in in-between the stores is all open with no roof.  It was really pretty.  We didn't stay super long because it started getting dark and driving in a dark, foreign city when it's PACKED with people walking everywhere is not the most fun thing in the world.  We did check out a Forever 21 there that was HUGE and the size of one of our department stores here.  I didn't get any clothes (duh), but I did score some super cheap, super cute jewelry and some clothes.


After we got done shopping we just headed back to the hotel to call it a night!  Up tomorrow: saying goodbye to San Diego/La Jolla and hello to Los Angeles/Santa Monica!