As I've mentioned before, our family LOVES going to festivals!  They're just so much fun and totally free!  A double win!  Last year was our first year going to the Azalea Festival (you can see that post here).  We knew for sure that we wanted to go back this year.  We decided to get there as close to 10 am as possible.  That's when they opened and it would give us plenty of time to hang out until we had to head back  home for naps at about 12:30.


Last year we went to the festival with Oma and Opa.  This year we decided that we just wanted to go on our own, and if we saw family there, that was fine.  We just didn't want to plan on going with anyone.  With three sets of grandparents in one town, that can get kind of tricky sometimes.  And sometimes we just like to do things on our own - as our own little family of 3.


First thing on the agenda when we got there?  To ride the ponies, duh!!  This girl LOVES horses and had been talking for days about how she was going to ride one at the "bes-ah-bul" (festival) - haha.  She's big enough to hold on completely by herself this year, but for some reason they made Matt walk beside her??  He didn't even touch her or the horse though - just walked along beside her.  She was in HEAVEN! 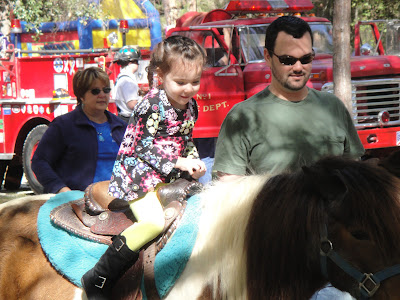 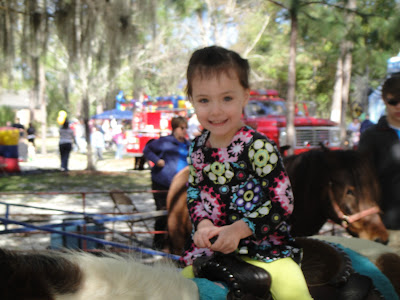 Doesn't she just look SO happy?! 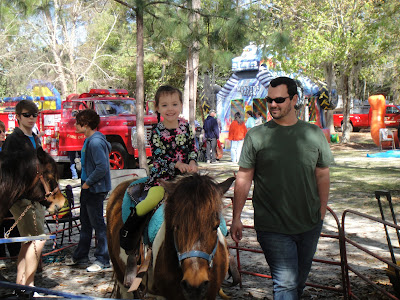 My two most absolute favorite people in the world. 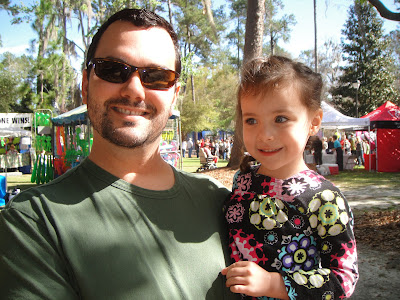 After we finished riding the horses, we started to walk around and found Gigi and Poppy.  It was about time for the dog frisbee show to start, and we wanted to be sure to see that.  While we were waiting for it to start, there was a horse and carriage ride right behind us.  We didn't ride it, but Gigi took LL over to see the horses.  I think their names were Bob and Eli?  So funny.  But LL had a great time petting them.  I'm telling you - she is an animal lover FOR SURE! 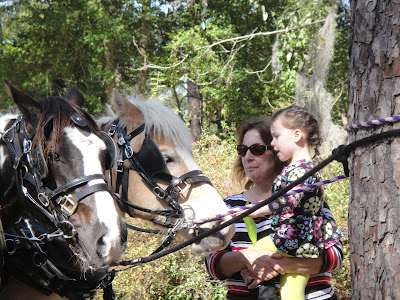 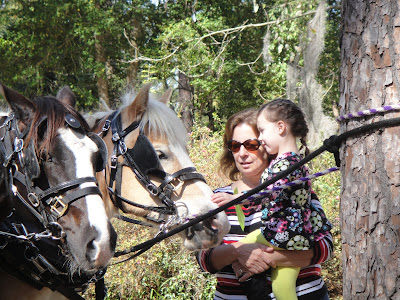 Last year she didn't really "get" the dog frisbee show, but she really enjoyed watching it this year. 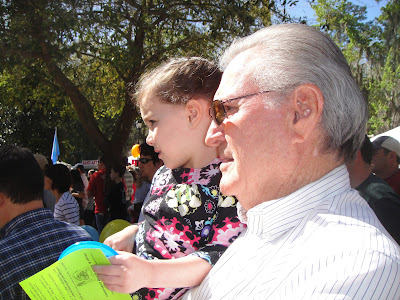 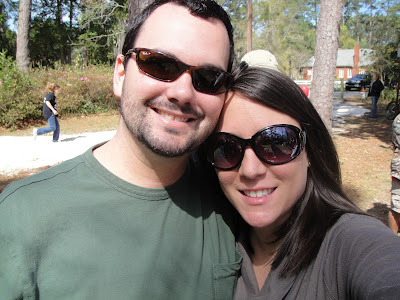 We left the dog show a little early, and she talked us into another pony ride.  Who is shocked?  We weren't. 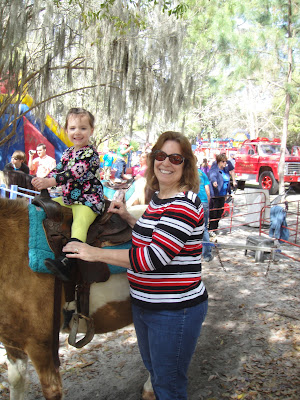 After that we walked around for a good bit of time just looking at all of the booths that they have set up.  Then, we headed to eat lunch and ran into Grammy and Pop.  Of course, we got a gyro.  At festivals, they are my FAV.  We also got a funnel cake.  Isn't that mandatory?  Right before we left we stopped to see this statue lady. She was super good at being still.  If you put some money in her bucket, she would play her drum.  LL worked up the courage to put some money in there and enjoyed watching her play the drum. 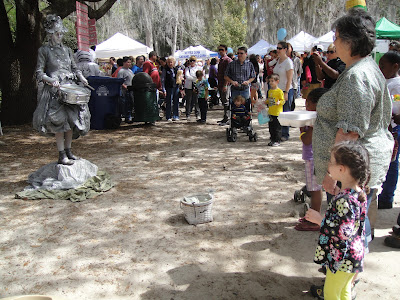 We really had the best time and I always look forward to things like this!  Yay for family time and traditions, right?  Right!  :) 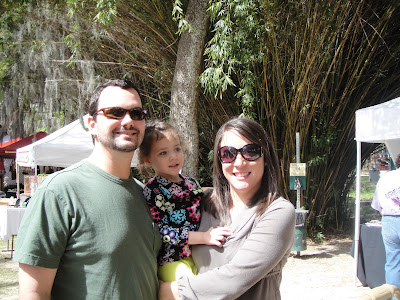 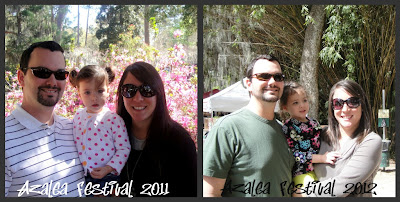