I don't think that it's any surprise to anyone that this summer has been a little rough on us.  We've been through so many things: miscarriage, potty-training, 6 weeks of swim, an almost 2 week long out of town travel for work (for Matt), etc.  The miscarriage also effected us in more ways than were really visible to everyone around us.  Obviously there was the surgery, healing time, grief, etc., but people also didn't realize that Matt had to be out of work a good bit for about a week/week and a half total between doctor visits and surgery.  When you work for yourself and are commission only, that can really set you back!  This means that he's been working super hard (and still is, now, in August) to catch up from that.  All of these things combined means that we really didn't get to take a vacation this summer.  At all.  We had wanted to go somewhere just the two of us as a "late anniversary" trip.  That didn't happen.  We also wanted to take LL back to the beach since she loved it so much last year.  That didn't happen.  Last week we were facing the reality that I only had 2 weeks left of summer vacation.  And since Matt is STILL trying to catch up from June, taking time off really wasn't an option, either.  In his line of work, no work (time off) = no income.

We decided to make the best of our situation.  We asked Matt's parents to watch LL from Friday at dinner to Sunday before church (vacation for LL - she ADORES Grammy and Pop), and we would just stay home (not locked in the house, but stay in town) and have a little time to ourselves to "reconnect" after such a stressful summer.  A "staycation" if you will.

I left the house around 4ish on Friday to drop LL off with Grammy and Pop.  Matt stayed home to do some cleaning so that we wouldn't have to worry about it over the weekend.  And, no, I didn't force him into doing that.  It was his choice.  Yes, he's awesome.

We had plans to hang out with our long-time friends (almost 10 years!) Clint and Sarah.  They came over about 7:00 and we headed to dinner.  We went to a new(ish) Mexican restaurant, SurEste, and it was SO GOOD!  The food was excellent and we ended up staying at the restaurant talking until after 9:00. 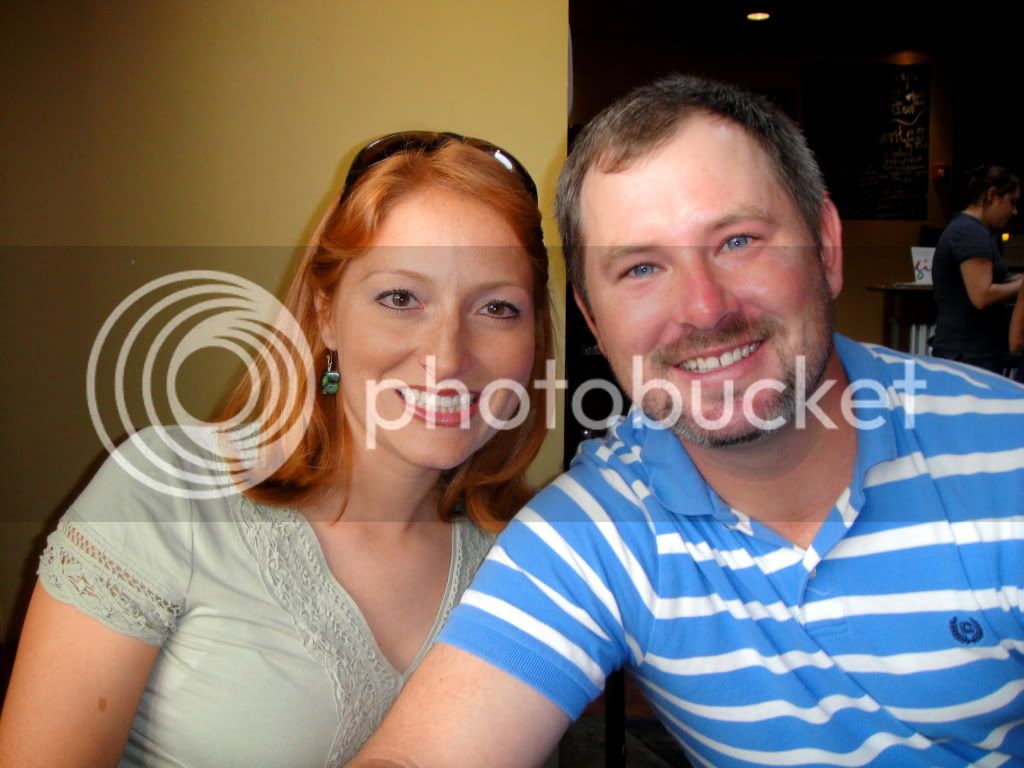 After dinner, we headed back to our house for a good ole' fashioned game night!  We used to do game nights with Clint and Sarah like, once a month, before we went and got all wild and crazy and had a kid on them.  I mean, our bedtime is like 8:30 now.  We played buzz word (which the boys won), and catch phrase - singing edition (which Matt and I won - duh!).  Of course, we had to end the night with Just Dance 2!  I say "end the night" like it didn't last long.  We played in until about 1:00 am!

Clint is ready to go!

Getting ready to shake what our mommas gave us!

Lola loves it when Sarah comes over because she actually pays attention to her.  :)

Clint and Sarah left about 1:30 and we fell asleep about 2:00.  We slept in until 9:30 the next morning (we NEVER get to do that anymore) and got ready and headed into town.

We went to Firehouse and split a sub for lunch and then did some shopping.  We both needed some new pants for work desperately.  I hadn't bought any new pants since the summer after LL was born - 2 YEARS AGO!  It had probably been that long for Matt, too!  After shopping, we headed to the movies to see Friends with Benefits.  If you've known me for longer than .5 seconds, you know I love me some Justin Timberlake - I've been looking forward to this movie all summer!

After the movie we got some dinner to share at home.  Then, we headed out to Nashville to see Clint and Sarah's new house.  They've been building it all summer and it is SO beautiful!  They've got about 2 more weeks before they can move it.  I can't wait to see it all done!  I've had so many people that I know build a house this year - Zach and Emily, my dad and step-mom, and now Clint and Sarah.  You'd better believe that I've been taking notes on what I want and what to do when it's our turn in a few years!  After seeing their house, we went by DQ and got a dip cone and a blizzard to end our staycation!

It was SUCH a good weekend and exactly what we needed to relax a little bit!  LL had a BLAST with Grammy and Pop and talked about her weekend non-stop when we picked her up on Sunday morning.  She told us all about going to the movies (Mr. Poppin's Penguins), and going to eat dinner with Ronald McDonald.  It made us feel so much better about our decision to have a staycation when we could tell that she had so much fun, too!

I'm sorry to hear about your MC. But I'm glad that you and your hubby got a weekend to yourselves, that's always nice!