Just like last year, we knew that we wanted to take LL back to a pumpkin patch again this year to pick out our annual pumpkins.  Matt and I really like this tradition, and I know that it will be one that we keep around for awhile.  My sister and her family decided that they were going to come for a little visit in October, so we decided to wait until they were here so that we could all go to the pumpkin patch together.  Remember all of the wonderful pictures we got at the pumpkin patch last year?  I was hoping that we would get some equily awesome pics this year and I was extra hopefull because Gino was going to be taking our pictures!

We went to the same pumpkin patch in Lakeland, and we got there at 9 a.m.  Just like last year, there was no one there when we got there.  That was the upside.  The downside was that it didn't open until 10 - so we had to hang out for an hour so that we would have someone to pay!

Lorelai and Ben had a blast running around and playing with all of the pumpkins, and, of course, Gino got a bunch of awesome pics!

After we got home with the pumpkins, we I had the awesome idea to let the kids paint them!  They're still a little too little to enjoy carving them, so I thought finger painting would be a good alternative!  LL LOVED the fingerpainting, but Ben wasn't quite so sure.  LL has finger painted tons before, but Ben never had, so I think that had a lot to do with it. 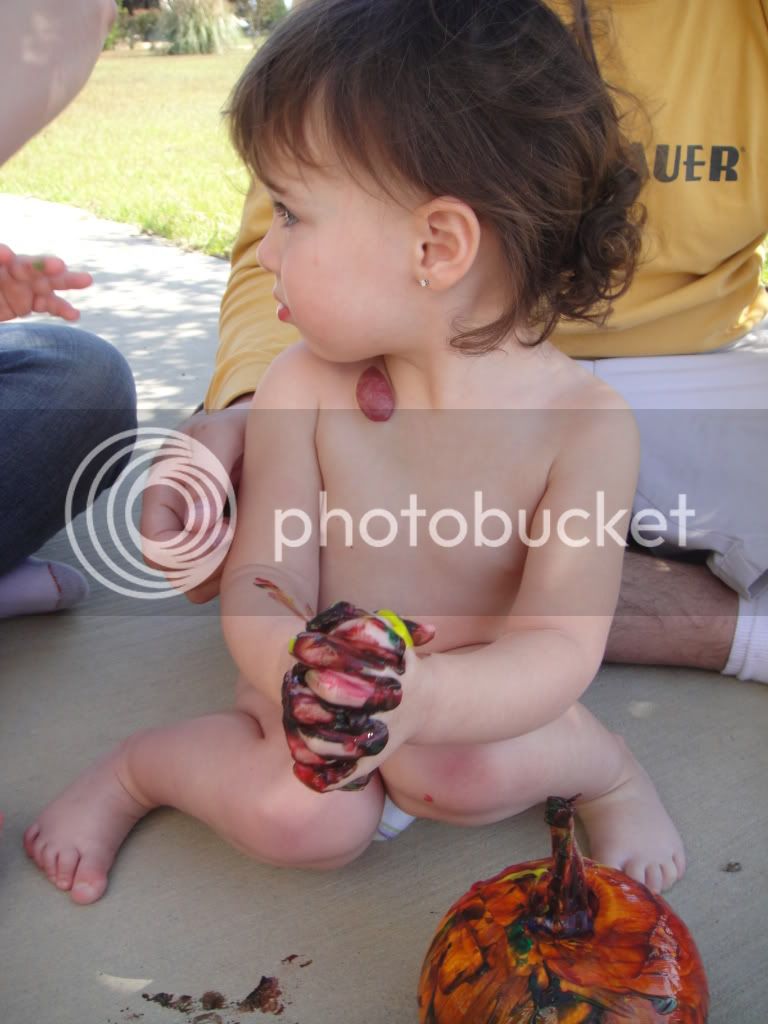 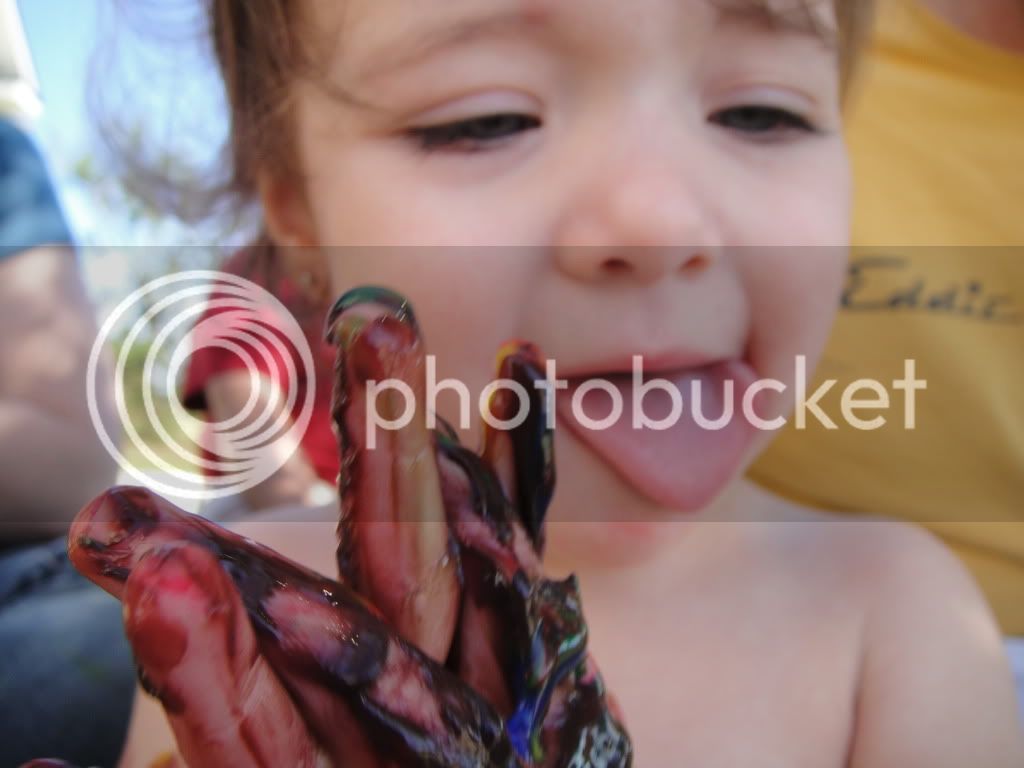 Overall, we had a blast and I can't wait to see how different she'll look in next years pictures!